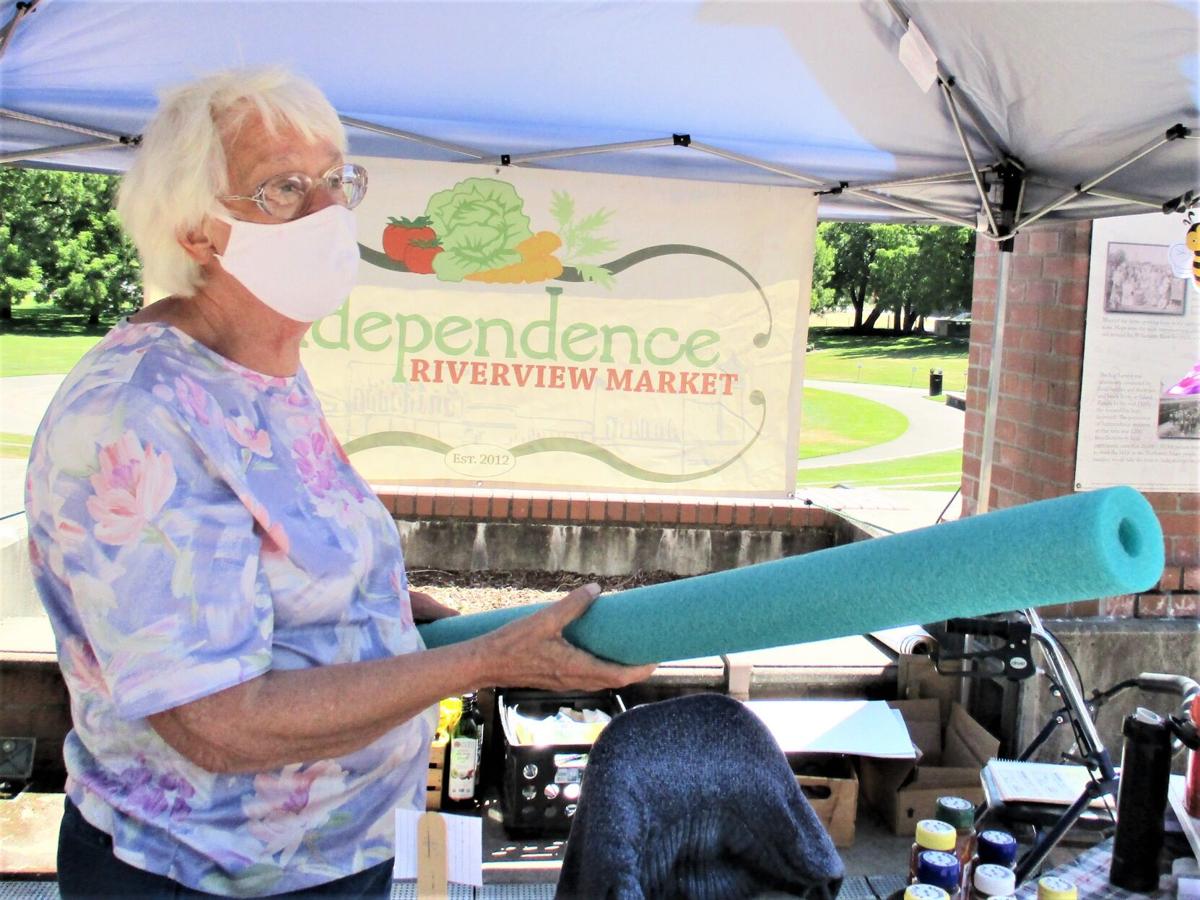 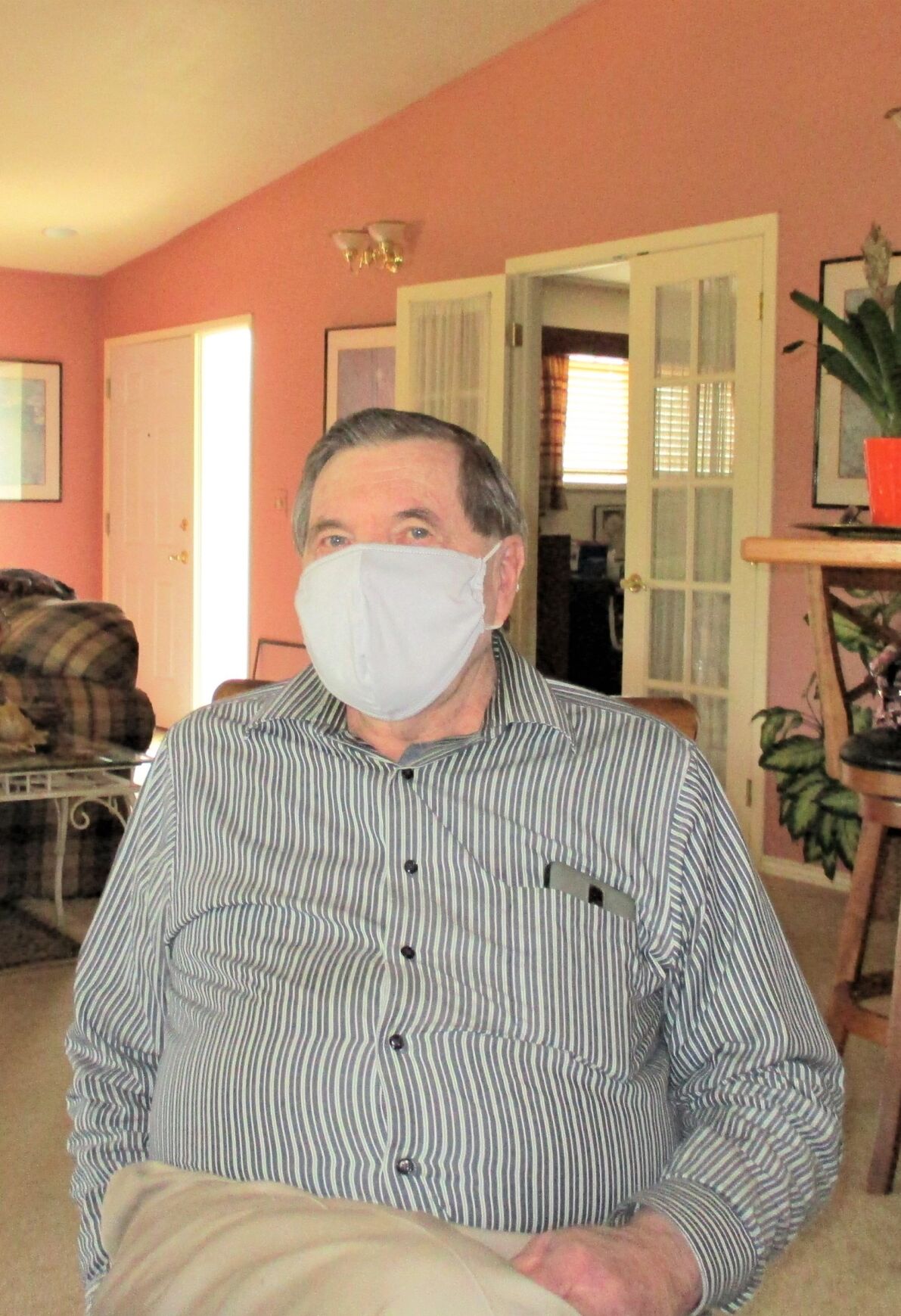 Mike Lodge believes the risk of not wearing a mask outweighs the inconvenience.

Mike Lodge believes the risk of not wearing a mask outweighs the inconvenience.

INDEPENDENCE — When Mike Lodge, a longtime resident of Independence, stopped in a few weeks ago at the liquor store a couple of blocks from his home, the sign on the door surprised him. “No Shirt, No Shoes, No Service,” it stated. Lodge was wearing both, but he had on a mask, too — and he’d expected that requirement to be listed. “There I was, with one on my face,” Lodge said. “But not the guy inside, at the counter.”

The clerk said the mask isn’t required, Lodge recalled. So, Lodge started driving about 10 miles — to Dallas or West Salem — when he wanted to buy his cocktail mix. At those liquor outlets, postings at entrances clearly stated that masks are necessary.

“My feeling is that everybody needs to cooperate on this issue, whether they believe it works or not — it helps us all,” Lodge said. “And the risk far outweighs the inconvenience.”

A small, gray-lettered sign on the liquor store’s front door states “face masks required” then adds that “if you are not wearing a mask, Independence Liquor will assume you have a Federal ADA medical condition that prohibits it. (Per Federal ADA laws we cannot ask customers why a mask is not being worn).” The store owner indicated inquiries about business practices weren’t going to be answered.

In fact, masks are mandatory for retail employees in liquor stores, unless an employee needs to be provided an accommodation under the Americans with Disabilities Act.

“In that case, the retail agent could provide an employee with a face guard instead of a mask,” said Mark Pettinger, spokesman for the Oregon Liquor Control Commission (OLCC).

The liquor store in Independence has been the focus of several inquiries to the OLCC, he noted.

Yet masks, as well as other measures against the spread of COVID-19, appear to be a significant source of questions — and complaints — according to the Oregon office of Occupational Safety and Health Administration (OSHA). Since March, OSHA has received almost 8,300 complaints about non-compliance, compared with the roughly 2,000 that occur in a typical year, said Michael Wood, OSHA administrator. In Oregon, OSHA is moving forward to create a “temporary rule,” which would extend the pandemic provisions beyond the legislatively imposed deadline this month, to February next year.  However, in late July, the Freedom Foundation, a non-profit conservative group, filed a legal challenge with the Oregon State Court of Appeals against Gov. Kate Brown’s order on masks.

The divide also can be seen in Independence, though it’s been a fairly uncommon sight, according to merchants. In one incident, a frustrated customer told another patron, a stranger, loudly and angrily about the alleged ineffectiveness of masks while the two waited for their take-out. The owner politely ignored the outburst and so did everyone else.

“It should, at this late date, go without saying that the science says it (mask-wearing) will hasten control of this pandemic and save lives,” said David Clyne, a resident of Independence and the former city manager. In addition to providing a safeguard against coronavirus infection, “the mask sends a message that I care about your well-being, not just my own.”

Some people are simply confused, said Sue Barker, who manages the city’s Riverview Farmers Market. “When they’re outside, some people don’t think they need to cover their face at all,” she said. However, when within six feet of someone else, they do, she noted. Most are agreeable when she tells them they need to either put on a mask or increase their personal space, Barker added. She has a pool noodle she playfully uses to keep mask-less customers at a six-foot distance. “It works and they think it’s funny,” she said.

At Jubilee, the dessert shop at Main and Monmouth streets, owner Dane Heuberger feels similarly. “Most people (not wearing masks) are very nice when I tell them -- and they step outside,” she said. Then a cupcake, or another of her creations, is delivered curbside.

“I do feel sorry for business owners,” said Craig Pope, a member of the Polk County Board of Commissioners and the designated “point person” for the county health authority.

“Should we be expecting them to enforce this? In some cases, it’s difficult,” he said. Recently, while dining out, he saw a group of young men and women seated closely together at a table. “What’s the restaurant manager supposed to do? Go over and ask if they’re actually family?”

The answer to that question appears to depend on the state agency. Though Oregon’s OSHA has indicated an intent to focus on outreach and education, “if complaints are voluminous or significant enough it may issue fines with the first reported violation,” according to an analysis by Davis Wright Tremaine, a law firm in Portland. Conversely, the Bureau of Labor and Industries “may investigate, fine or even bring a lawsuit against businesses that discriminate on the basis of disability by failing to accommodate either customers or employees, if accommodation is possible,” according to the legal team’s advisory.

It’s true that masks can feel constricting to some — but now there are face shields, observed Kate Schwarzler, president of the Independence Downtown Association and proprietor of Indy Commons, a shared worksite space on Main Street. This newer form of face protection offers the benefit of allowing facial expressions to be fully seen, including smiles.

“I think it’s a good alternative,” she said.