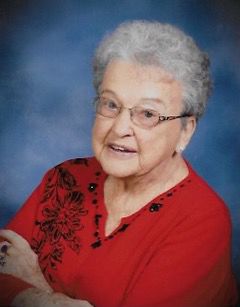 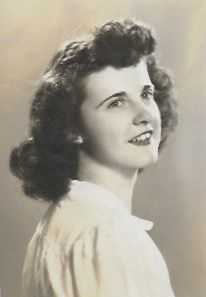 Etta May Steward passed away June 5, 2020 in Dallas, Oregon, at the age of 93.  She was born Feb. 19, 1927 to Charles and Elma (Gripe) Wise in Salem, Oregon.  She was raised on the family farm in West Stayton, Oregon, during the summer and spent the winters in Salem where she attended school.  Her family moved to the farm full-time when she began high school, and she graduated from Stayton High School in 1946.  On July 3, 1948 she married her high school sweetheart, Calvin Steward.  They were wed in Reno, Nevada, because her mother was very ill at the time. Their marriage lasted for almost 68 years until he passed away in 2016.  They have one daughter, Sheryl Lewis of Dallas.

Etta held many jobs during her life.  She started by helping at the family farm raising chickens and beans.  Her first job off the farm was at Blue Lake Cannery in Salem.  After her marriage she went to work at Farwell’s Pharmacy in Stayton as a pharmacy technician.  After moving to Salem she worked for Owl Drug, Payless and Savon Drug. While at Payless she won several awards for her displays in the cosmetic department, including a family visit to Los Angeles, where she was a guest of Max Factor.  She just missed an opportunity to attend the Academy Awards, but instead attended the taping of Sunset Strip TV show where she met Connie Stevens.  The family also had a behind-the-scenes tour of Max Factor.  When Sheryl was in elementary school, Etta went to work for Salem Keizer Public Schools in the kitchen so she would be home when school was out.  She started out as a dishwasher and worked her way up to kitchen manager before her retirement.

Through the years Etta and Calvin loved the outdoors and enjoyed skiing, fishing, boating, hunting, and camping.  They also enjoyed square dancing and traveling through the country and around the world once Calvin retired from the Salem Police Department.

She is survived by her daughter Sheryl (Paul) Lewis, and granddaughter Allison Lewis all from Dallas, Oregon. She is also survived by four nieces, three nephews, their children and grandchildren, as well as many family friends.

Due to the pandemic a private family service was held.  Per Etta’s wishes, a memorial gathering will be held in the future.  The family has requested that in lieu of flowers, contributions may be made to the following organizations:  Willamette Valley Hospice (1015 Third Street NW, Salem OR 97304) or the Salem Police Association (in care of Virgil T. Golden Funeral Home 605 Commercial St. SE , Salem OR 97301).