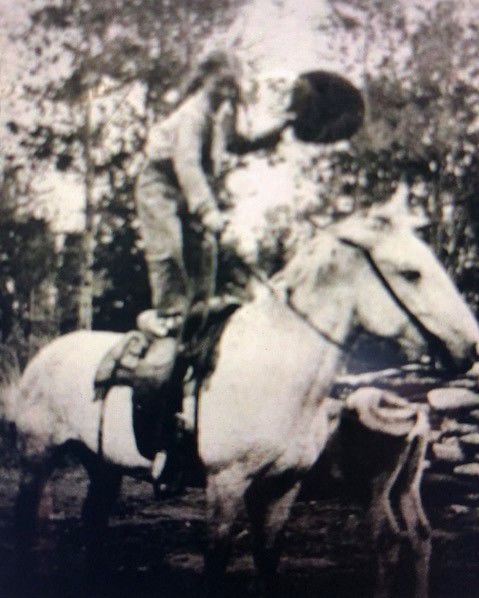 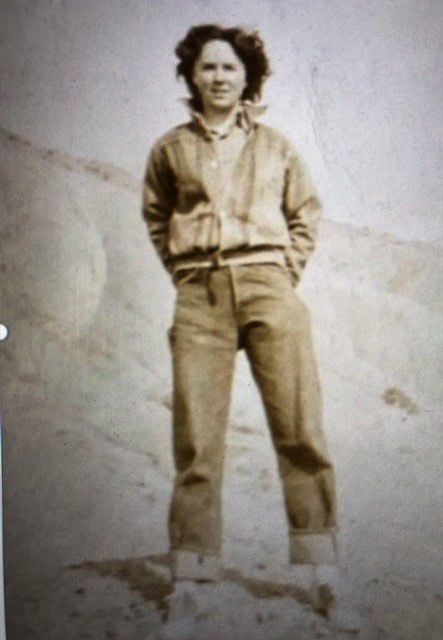 Jenny Lee (Turnbull) Whiteman was born on March 10, 1932 and died on March 20, 2020 in Corvallis of natural causes. Cremation followed and a celebration of life will be scheduled hopefully in the summer.

She was preceded in death by her parents, seven brothers, four sisters, her husband Charlie Whiteman, and a granddaughter Kelly Whiteman. Jenny’s spirit is carried on by her family of one daughter and four sons.

Born in Rock Creek (near Monte Vista), Colorado, the youngest of twelve of parents Eli and Edna E. (Shutts) Turnbull. Though born in the depression, Jenny described her childhood as magical. Later moving to Montrose Colorado, she met the love of her life, Charlie Whiteman in high school.

After marrying, they lived briefly at Chaco Canyon, 80 miles from Farmington, New Mexico. Moving there by buckboard with 6-month old Linda and son Jim soon on the way. Later they followed Charlie’s parents to Oregon, along with a second son, Doug. As a young couple, they purchased a Camp Adair home and had it moved to Spruce Street in Corvallis beginning renovations and additions.

After Charlie’s work injury/accident, they lived in town a year then purchased a home in south Corvallis. Jenny went out to work. A devoted mother, wife and creative dynamo, she sold Avon, worked at Denson’s Feed and Seed, Walker’s greenhouse, Edlers Greenhouse and was manager of Denson’s Garden Mart in Albany Oregon.

Jenny and Charlie raised five children to love the outdoors as creative, independent thinkers and imbued them with a work hard/play hard ethic as well as to dream, explore and live life to the fullest.

Charlie encouraged Jenny and their daughter Linda to take on a fledgling flower shop in Monmouth, Oregon, The Red Vase. He joined them two years after “temporarily,” later moving to Monmouth and remained until his death eight years later.

Widowed at 50, Jenny endured, providing a constant well of support to family. Teaching by example, life’s pain could be surmounted. There was always beauty to be found, especially in the natural world.

Vibrant as her flaming red hair, with an infectious laugh, she loved to laugh and tell jokes. Deeply sensitive, spiritual and passionate, she was a devoted and talented mother, businesswomen, Master Gardner, poodle breeder, Reiki practitioner and a student of life.

Jenny’s travels took her from Fox (Fairbanks), Alaska, to San Blas, Mexico, and to most of the Western States.

A voracious reader, she began researching and sharing her voice and opinions with local and state politicians. They could be counted on for a phone call or a letter dictated and sent. History and the natural environment were her passion.

Learning computers, cell phones and obtaining a concealed carry license were skills she added to her backpack. She was the epitome of a pioneer woman of the west. Born in the Rocky Mountains, courageous, adventurous and in many ways Jenny was ahead of her time. Her love was inclusive and knew no bounds.

When you see a flower unfurling, a mist flowing down from the mountains or hear a child laughing, stop and remember Jenny with a smile.

Jenny’s wishes along with her frugal nature designated that her estate fund a scholarship for the trades, i.e. welding, carpentry, electrical, plumbing, culinary arts, etc In memory of herself and Charlie. For information contact : Benton Community Foundation, 660 NW Harrison Blvd

No funeral arrangements at this time. A celebration of life will follow when possible.