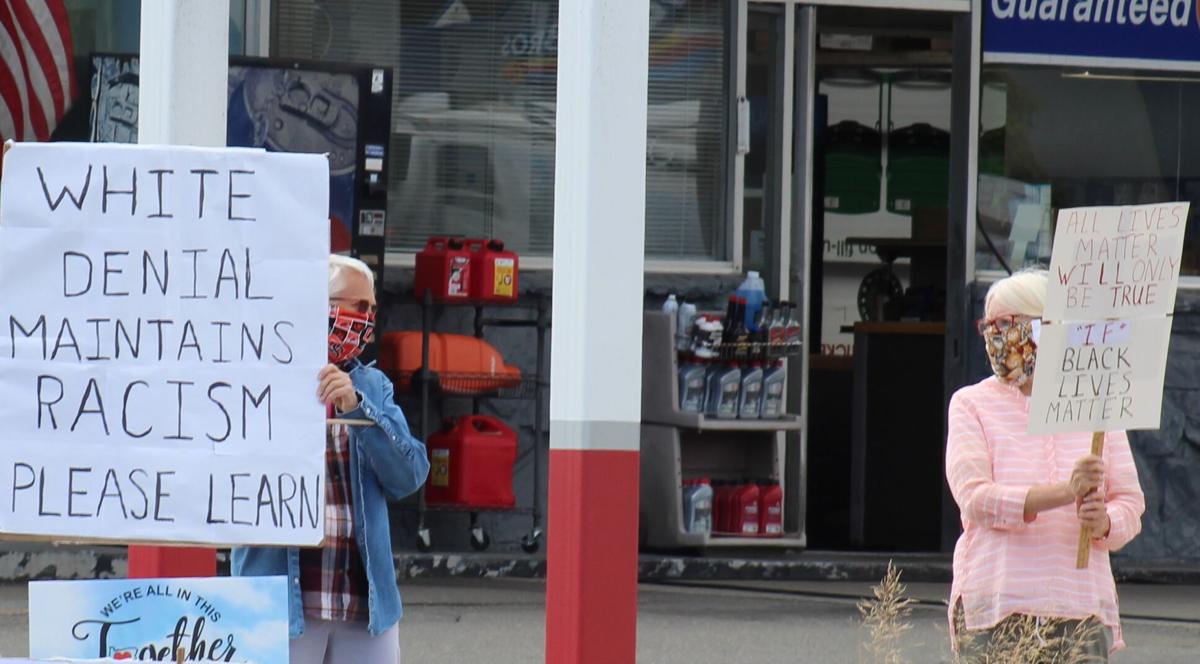 Carol McKiel, left, stands at the intersection of Highway 99W and Main Street in Monmouth with another protestor. 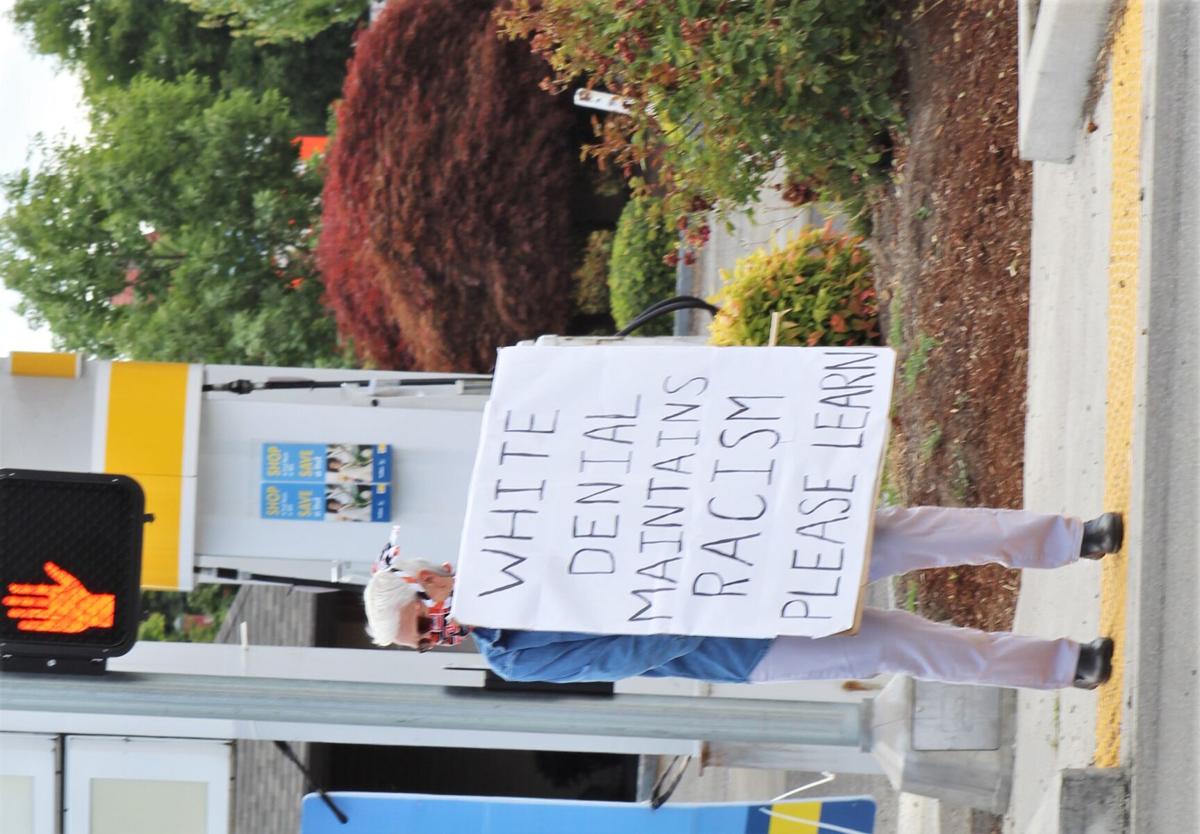 Carol McKiel, left, stands at the intersection of Highway 99W and Main Street in Monmouth with another protestor.

MONMOUTH — Every day around 4:30 p.m., people gather at the corner of Highway 99W and Main Street in Monmouth in support of the Black Lives Matter movement.

The size of the gatherings varies, but they have been consistent for seven weeks.

“When the protests started across the country, I thought — I have to do something,” said Monmouth resident Carol McKiel. “I told my husband I have a Black Lives Matter sign.”

She’s had the sign for about four years but had never posted it.

It came with another sign she ordered, which says, “No matter where you’re from, we’re glad you’re our neighbor.” in a few different languages.

McKiel holds homemade signs when she stands at the corner in Monmouth, which she has been doing daily since June 1.

“We decided to commit to every day even through the summer,” she said. “Racism doesn’t stop over the summer.”

Her husband joined her, and a couple of their neighbors showed up, she said.

“Then I sent an email to the neighborhood list serve,” McKiel said. “By (that) Wednesday we stopped counting at 120.”

McKiel said they get a lot of positive responses — people honking and giving thumbs up.

“We get a lot of ‘all lives matter,’” she said. “Yes of course, all lives matter, but the reason for Black Lives Matter right now is that we have this tremendous amount of injustice in the Black community. This is something we have to fix.”

She said Black Lives Matter calls out the injustice that manifests itself in police brutality or “reports by our friends of color who report that they regularly get pulled over by police in our smaller communities.”

It’s so much more than the police, she said.

“I’m white, so much of silence about the racism we see is in our workplaces or communities,” McKiel said.

McKiel is a PhD program lead in the college of education at Oregon State University.

“I’m looking at my own profession with teaching, unless we are really focused and aware of our own implicit bias, we’re doing things with students that hurt their hearts and spirits,” McKiel said.

That can impact whether or not a student persists in their education, she said.

“It’s more than just the police,” she said. “All of us are culpable.”

For her part, McKiel is focusing on self-education.

She had a friend, many years ago in Indiana who “took the time and trauma” to help her understand some of the Black experience.

“She kept my feet to the fire,” McKiel said. “She took the brunt of that all those years ago. We need to have relationships across this color line that will unify our community.”

A couple of years ago, she participated in Showing Up for Racial Justice program in Corvallis.

“What we did was we were partnered up with another person and provided a really extensive reading list,” McKiel said. “It was all white people doing this. There is so much we can learn from our implicit bias … and how to encourage our white friends, neighbors and family members to be more aware.”

She said it is not “our fault as white people; it’s a racialized culture for 400 years.”

Racist polices that separate Americans were purposefully put in place, she said.

She said it is important to witness this moment in our community and country.

“(And recognizing) what some of us as Americans are having to endure, and the fear they have to live with,” McKiel said. “We hope that people will begin this process of self-education. I think we’re beginning to understand our own responsibility.”

McKiel spoke at the July 7 Monmouth City Council meeting about creating a “safe community for every person in Monmouth.”

“Since George Floyd’s murder, we are starting to hear from people of color in Monmouth who are sharing that they don’t feel safe in our community partly because of their encounters with police,” she said. “They talk about feeling afraid when stopped by white officers. We acknowledge that the police department has the admirable goal to be a positive agency in the community, but there seems to be a disconnect of perceptions between the Monmouth Police Department and the community they serve.”

McKiel asked the city to survey Monmouth residents, particularly those of color, “about their experience with and trust of the police department; to form an “ombudsman group made up of people of color who can facilitate a way for individuals to safely register complaints and help identify ways to improve the safety of our city; and to have police officers “participate in regular, more comprehensive implicit bias training offered by a person of color.”