Video surveillance shows Rep. Mike Nearman opening a door at the Capitol building during a protest on Dec. 21, 2020 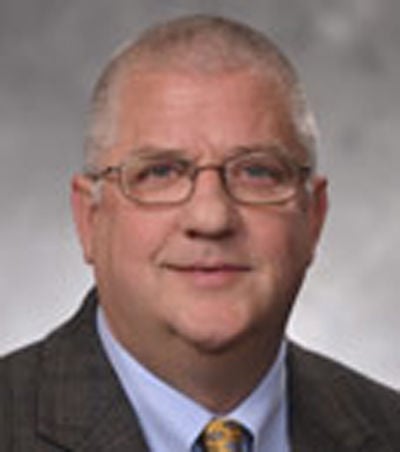 Video surveillance shows Rep. Mike Nearman opening a door at the Capitol building during a protest on Dec. 21, 2020

SALEM – Rep. Mike Nearman, who represents District 23, which includes part of Polk County, was charged Friday with official misconduct and criminal trespass related to his actions on Dec. 21, 2020, that allowed demonstrators into the Oregon State Capitol.

Marion County District Attorney Paige Clarkson’s office announced the charges which stemmed from Nearman opening a door on the Capitol’s west entrance that allowed demonstrators into the building. Security video showed Nearman quickly walking out the doorway, doing nothing to prevent the assembled protesters from grabbing the door and entering the vestibule. The Capitol had been closed to the general public since last spring due to pandemic precautions. Capitol police held back the demonstrators who tried to force their way into the building.

In January, House Speaker Tina Kotek, D-Portland, stripped Nearman of his committee assignments and called for his resignation after security footage emerged of the incident. Kotek also required him to give a 24-hour notice when he planned to enter the Capitol building.

Kotek renewed her call for his resignation by Twitter (https://bit.ly/338Lay3) on Friday following the announcement of criminal charges.

“Rep. Nearman put every person in the Capitol in serious danger and created fear among Capitol staff and legislators,” Kotek said on Twitter. “I called on him to resign in January and renew my call in light of today’s charges.”

House Republican Leader Christine Drazan (R-Canby) called to let the process to work itself out.

“State legislators are the voices of their community. They are not above the law. The charges have been filed in Marion County Circuit Court and I trust the judicial process to be fair and objective,” Drazan said in a statement to The Itemizer-Observer.

Nearman did not respond to a request for comment before the I-O went to press.

However, Nearman has maintained his innocence since releasing a statement in January.

“I hope for due process, and not the mob justice to which Speaker Kotek is subjecting me,” Nearman said in the statement.

Nearman is scheduled to be arraigned on these charges on May 11 at 9 a.m. at the Marion County Circuit Court Annex, located at 4000 Aumsville Highway, Salem.

Due to this being an open criminal prosecution, the Marion County District Attorney’s Office cannot discuss any facts or details related to the investigation.

Didn't Mr Nearman only open a door to go out? Or am I missing something here? What happens when the state government comes completely unhinged? Are they attempting to prosecute a standing legislator while completely ignoring Oregon's Constitution? Article IV §9: "Legislators free from arrest and not subject to civil process in certain cases; words uttered in debate. Senators and Representatives in all cases, except for treason, felony, or breaches of the peace, shall be privileged from arrest during the session of the Legislative Assembly, and in going to and returning from the same; and shall not be subject to any civil process during the session of the Legislative Assembly, nor during the fifteen days next before the commencement thereof: Nor shall a member for words uttered in debate in either house, be questioned in any other place. —"