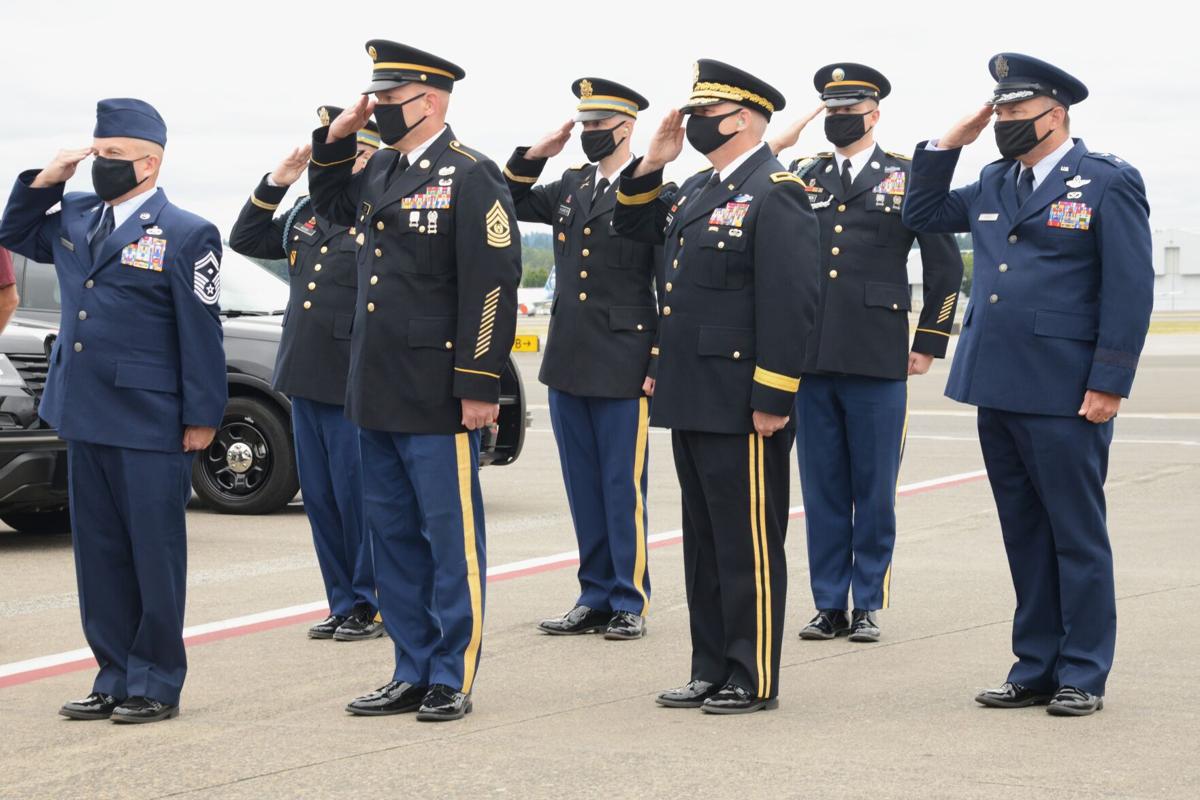 Senior members of the Oregon National Guard salute as the remains of Private First Class Alexander Klass are returned to the Portland International Airport on July 23. 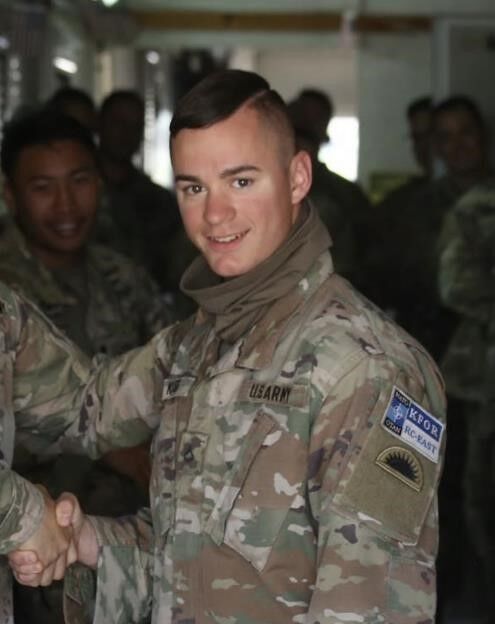 PORTLAND — Members of the Oregon National Guard paid honors to a fellow service member, Pfc. Alexander Klass, as his remains were returned home to Oregon with an honor flight and funeral procession from the Portland International Airport (PDX) to McMinnville. He was deployed with the 162nd Infantry Regiment at Camp Novo Selo, Kosovo, during the time of his death on July 4, 2020. Klass, 20, is from Willamina.

Klass joined the Oregon Army National Guard on Jan. 19, 2019 as an Infantryman.

He mobilized in January of 2020 and was scheduled to return home from Kosovo in November.