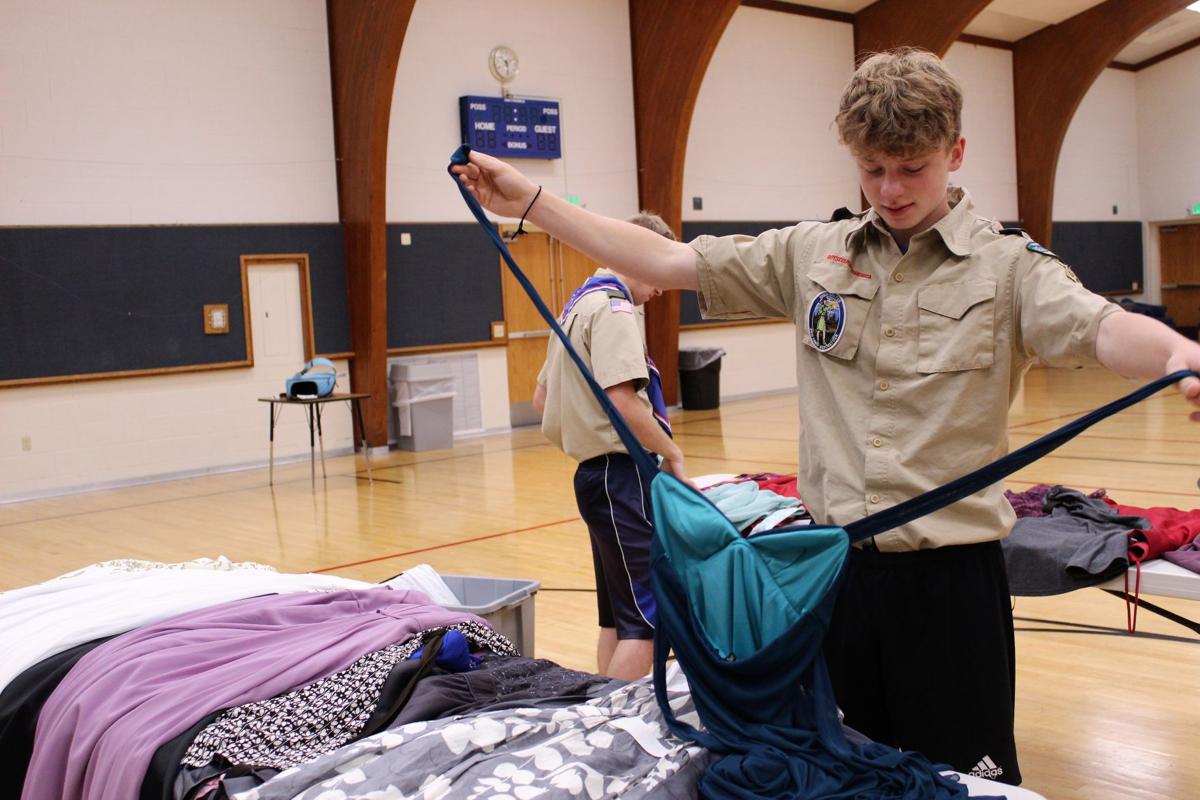 Corben Eastwood sorts through some of the clothing that was donated to the Prom Pantry. 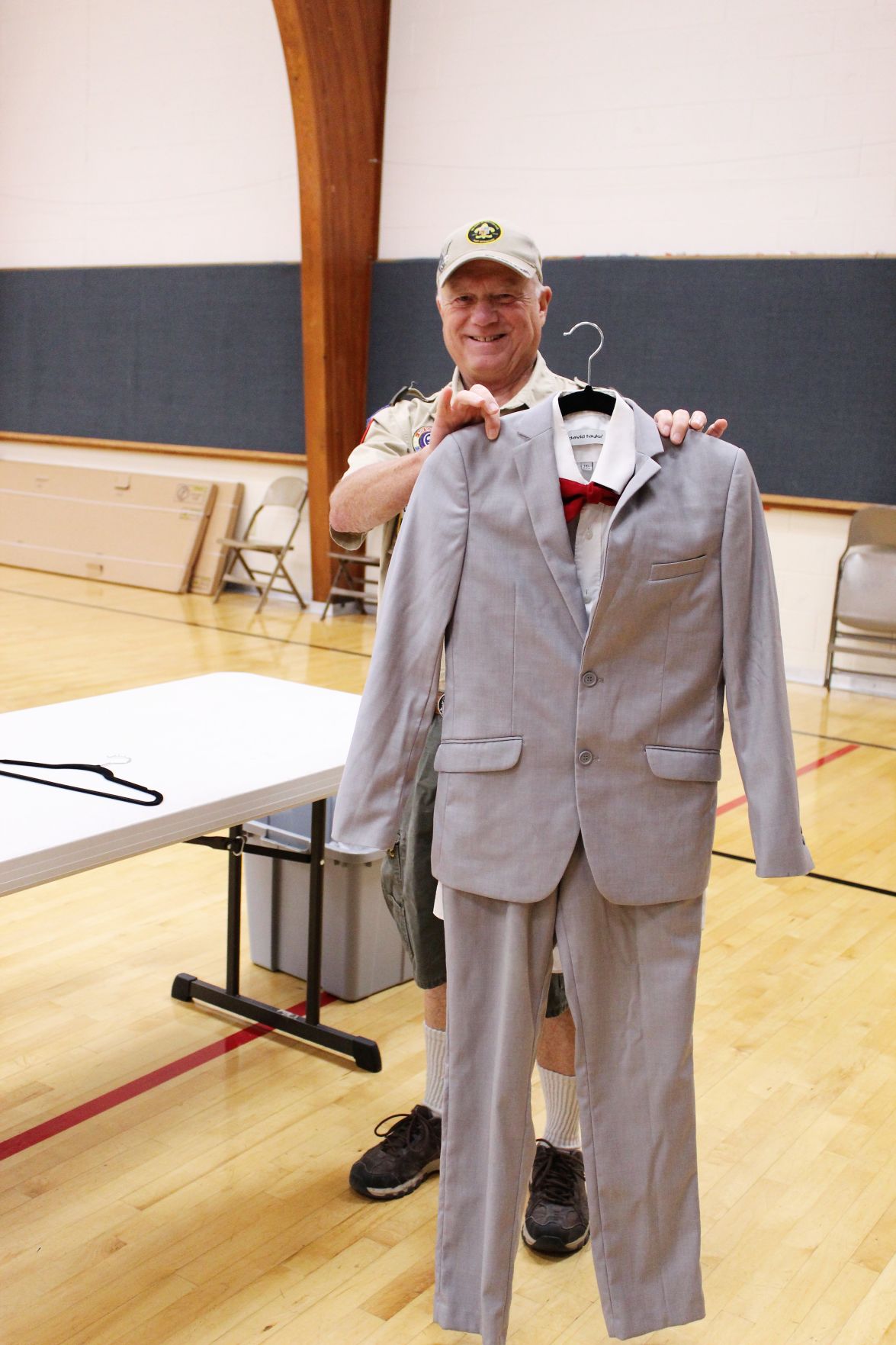 Scoutmaster LaVay Jeffries holds up the suit that Corben Eastwood donated to the Prom Pantry.

Corben Eastwood sorts through some of the clothing that was donated to the Prom Pantry.

Scoutmaster LaVay Jeffries holds up the suit that Corben Eastwood donated to the Prom Pantry.

Corben Eastwood, 16, decided to collect items for a Prom Pantry for his Eagle Scout project.

When contemplating a project for his Eagle Scout, this was the first thing that came to mind, and he went with it, he said.

“I heard a lot of kids couldn’t afford formal clothing (for dances),” Eastwood said. “I thought I could do this and help them out.”

He reached out to local businesses to spread the word about his project and had a booth at CHS during registration.

Monday, he and handful of volunteers sorted through the clothing at Church of Jesus Christ of Latter-day Saints in Monmouth.

“We had jewelry donated from a local lady who makes jewelry,” she said.

Add to that several pairs of dressy shoes for girls and a few suits for boys.

Corben said they could use a few more pairs of shoes for boys, sizes 7 through 12.

The Prom Pantry collection is now part of the Panther Pantry. Any additional donations can be given directly to the pantry. For more information: email chspowerpeers@central.k12.or.us.