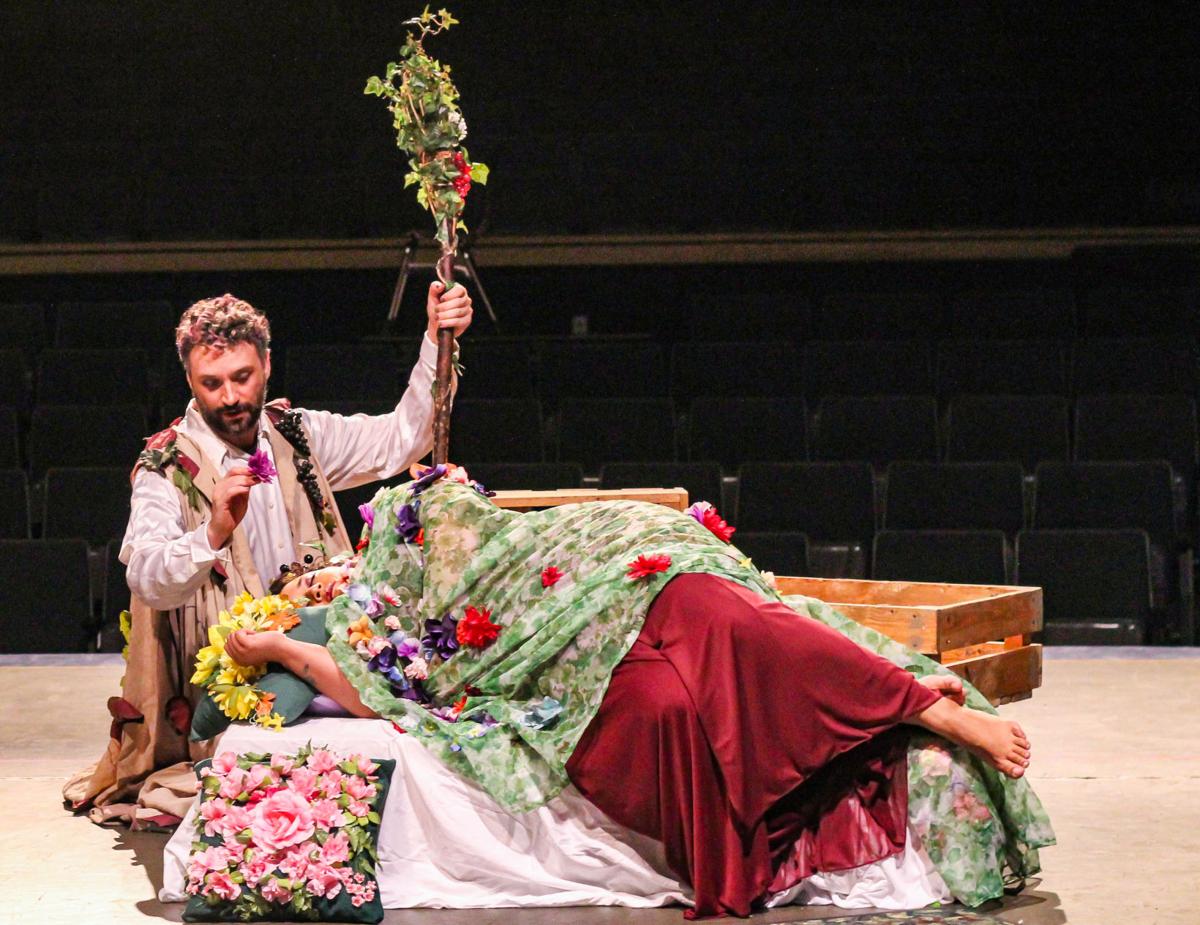 Fairy King Oberon, played by Clyde Berry, places Fairy Queen Titania (Claire Snyder) under a spell as she sleeps in a scene from Struts & Frets production of “A Midsummer Night’s Dream.” 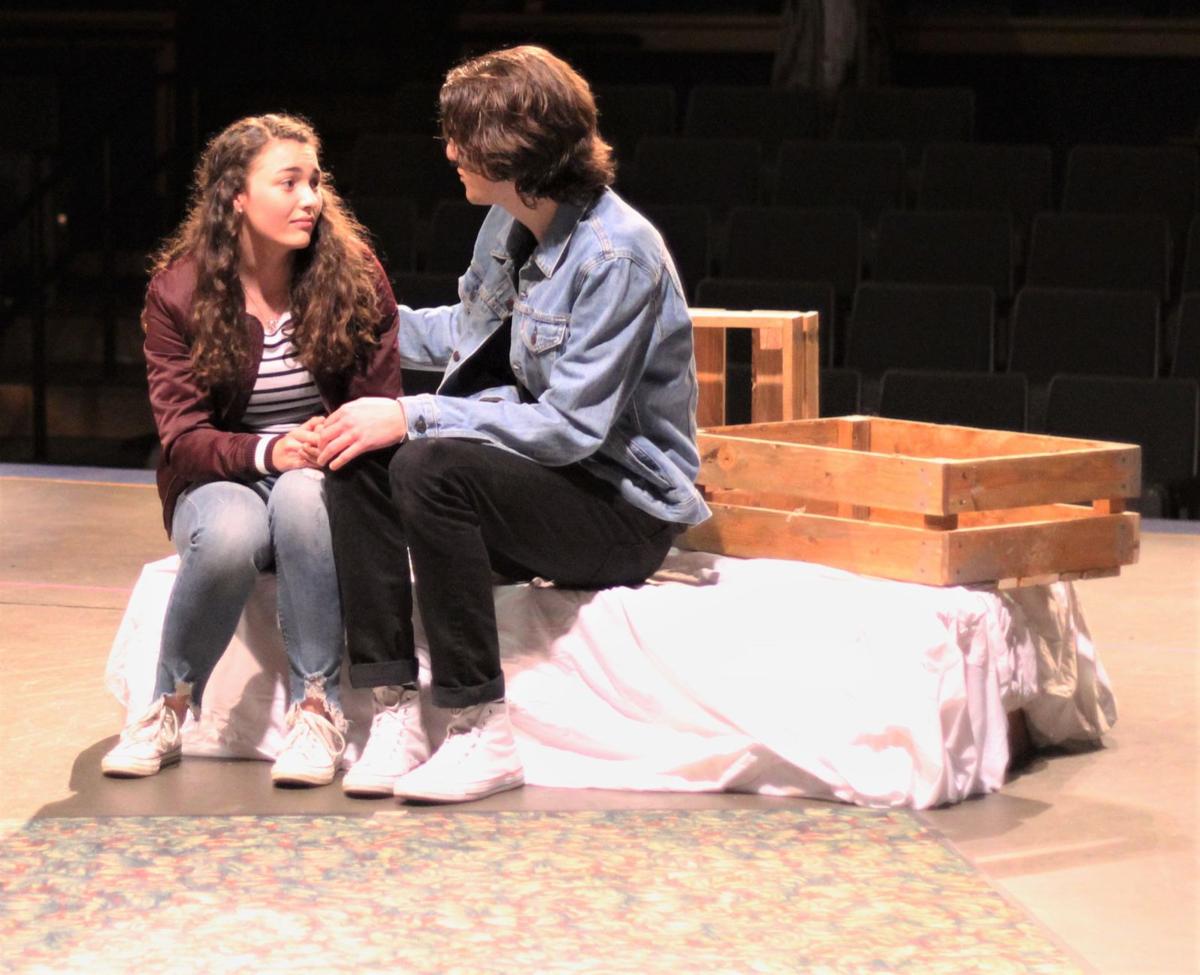 Hermia (Emma Bucher) and Lysander (Danny Walker) make a plan to run away in a scene from A Midsummer Night's Dream. 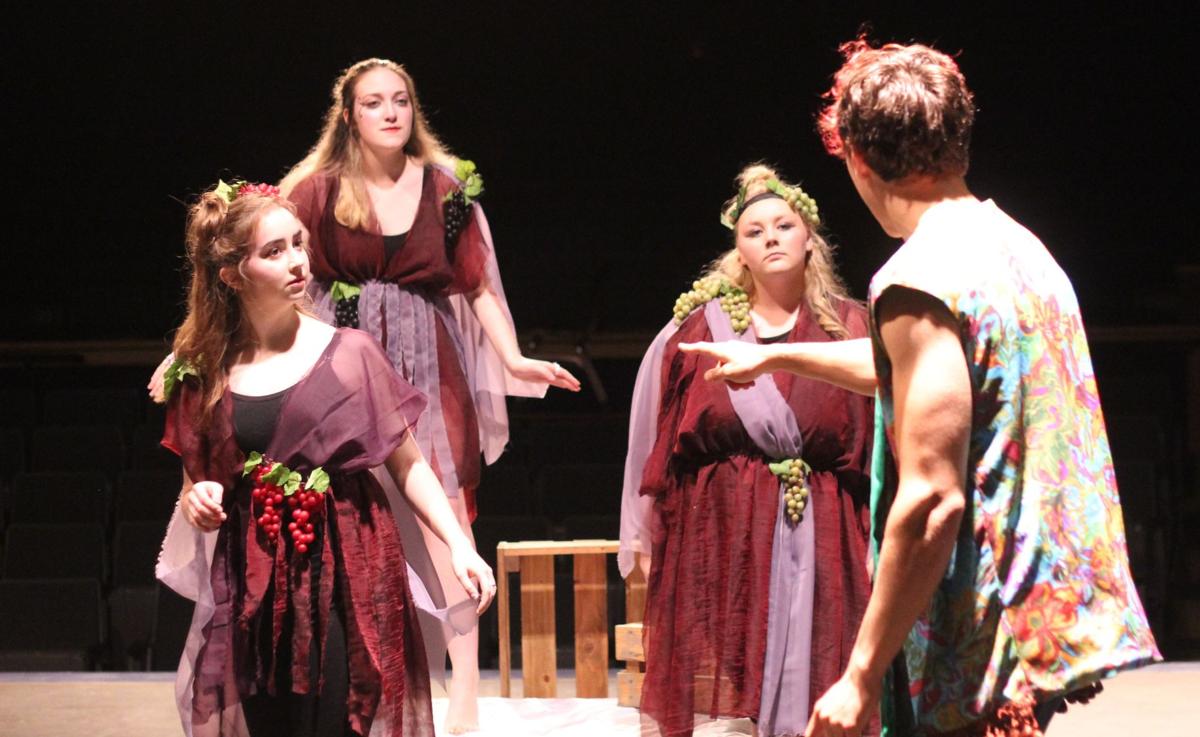 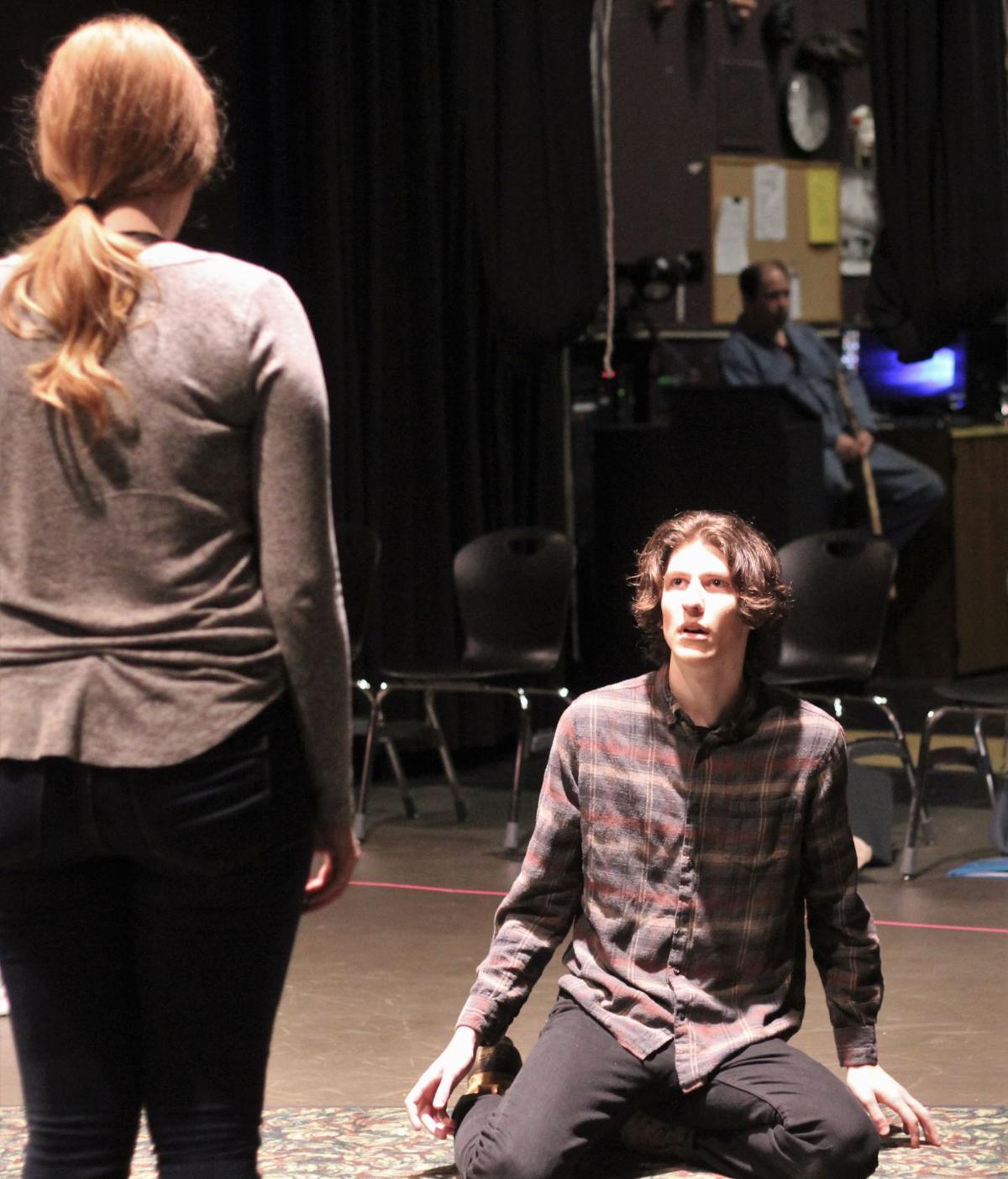 Lysander, played by Danny Walker, under a love spell, declares his love for Helena.

Fairy King Oberon, played by Clyde Berry, places Fairy Queen Titania (Claire Snyder) under a spell as she sleeps in a scene from Struts & Frets production of “A Midsummer Night’s Dream.”

Hermia (Emma Bucher) and Lysander (Danny Walker) make a plan to run away in a scene from A Midsummer Night's Dream.

Lysander, played by Danny Walker, under a love spell, declares his love for Helena.

Struts & Frets will stage the show at Eola Hills Wine Cellars in Rickreall on Thursday and Friday night.

The action in “A Midsummer Night’s Dream” happens mostly in the forest, where forbidden lovers Hermia and Lysander run to escape the fate of Hermia having to marry a man she doesn’t love, Demetrius. Determined to marry Hermia, Demetrius pursues the couple into the woods, followed by his own admirer, Helena.

In the forest they are in the world of the fairies, who like to play tricks. A series of mix-ups and pranks produce chaos that bring together the young lovers, children of Athenian nobles, the fairies, and a cast of working-class Athenians who want to put on a play for the nobles. Their interaction is brief, but full of comic possibility.

Rehearsal for the show began just four weeks ago, so this version is shorter than the original.

“But all the good stuff is in it,” said Jeff Baer, who plays Bottom, one of the workers. “It’s not dumbed down in any way. It’s just more focused.”

Bottom falls victim to Puck’s spell that transforms his head to that of a donkey. He frightens his friends, but attracts the attention of fairy queen Titania under the trance of a love potion.

The antics are fun to play, and the actors have the freedom to experiment with their characters, said Max Morter, who plays Puck.

“It’s cool doing Shakespeare. I do a lot of musicals, which tend to be the more stringent form of theater where you have to follow the score note-for-note,” Morter said. “People don’t feel encouraged to step outside the bounds of the original productions. But With Shakespeare, that’s the name of the game, originality.”

That, in part, was the drive behind beginning Struts & Frets, said Hannah Fawcett, who started the company in 2016 by asking a group of friends to do a last-minute reading of Twelfth Night. They performed outdoors far into the woods.

“We did a reading of Twelfth Night, with scripts. It was like totally last minute. I think like seven people came,” Fawcett said. “I just rounded up a bunch a friends … and we just like messed around in the forest doing Shakespeare.”

Morter was part of that first performance.

“I worked with Hannah Fawcett at Children’s Educational Theater in Salem and she reached out for the production of Twelfth Night, which was actually produced out on a farm,” he said. “She’s very interested in work that transcends traditional audiences and theaters in general.”

Fawcett said in her theater experience to that point, she had worked with actors in her age group.

Struts & Frets has high school actors working along side those with decades of shows on their resume.

“It’s good to get experience outside of school,” said Danny Walker, who plays Lysander and is a student at George Fox University. “It’s kind of like bridging from school to real life. It’s not paid, but it’s exposure to a different audience.”

Baer, who is an English teacher at Dallas High School, said it gives younger actors a taste of professional theater.

“Because there are some of us that have worked professionally, this feels just like a professional gig,” he said. “It’s great exposure for those people that maybe haven’t had that exposure outside of school. It’s bigger than just a school play.”

The second year, the company performed “As You Like It” on the farm stage, but it was a full-fledged production. In 2018, Struts & Frets put on “Cymbeline” at a new location, Eola Hills Wine Cellars.

Bringing the shows indoors hasn’t dampened the non-traditional leanings of the company. Rachel Halin, the co-stage manager of “A Midsummer Night’s Dream,” said the production uses projections for scene settings. The stage is surrounded by the audience on three sides, so there are no scene changes.

“We are basically relying on projections to portray the setting,” Halin said.

“All these actors run really well with the experimental kind of groove,” Hayes said. “They are all just very willing to experiment.”

Hannah Fawcett is working on Oregon Shakespeare’s Festival’s production of “As You Like It” is season, so she’s not able to perform with Struts & Frets this year. She’s taken on the role of producer, which she can do from Ashland.

Fawcett said she’s been happy to part of a cast of varying experience levels that wants to make Shakespeare approachable for the audience for the past three years.

“Being able to do that, particularly with members of all ages of the community, that has been so, so wonderful,” Fawcett said. “And it’s so joyful to have people speaking this language that is hundreds of years old and making it fresh.”

Tickets: $5. Purchase them at https://www.strutsandfretstheatre.com/.