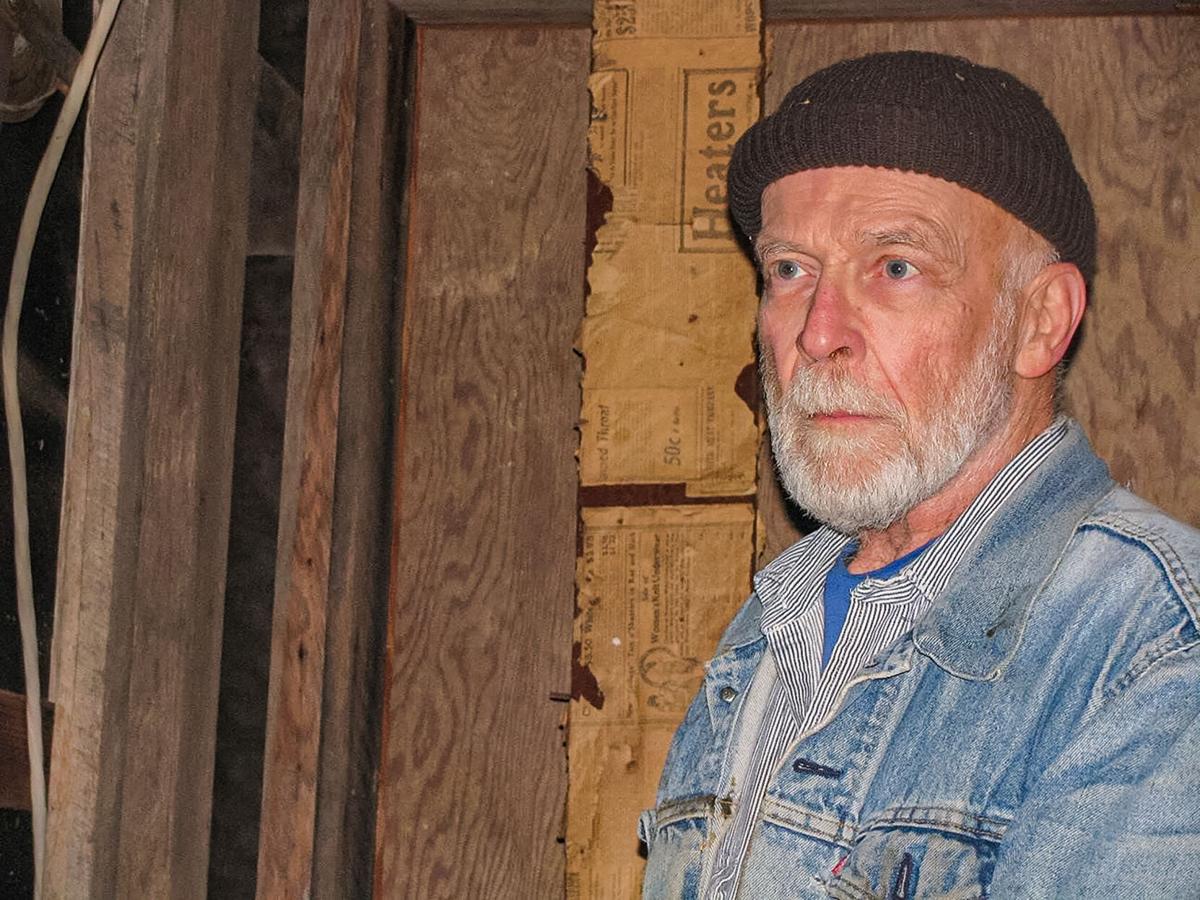 Poet Clemens Starck, of Dallas has become well-known in poetry circles for his celebration of the ordinary aspects life. 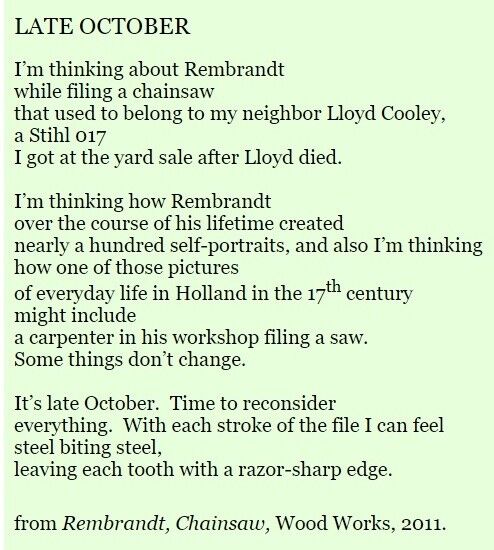 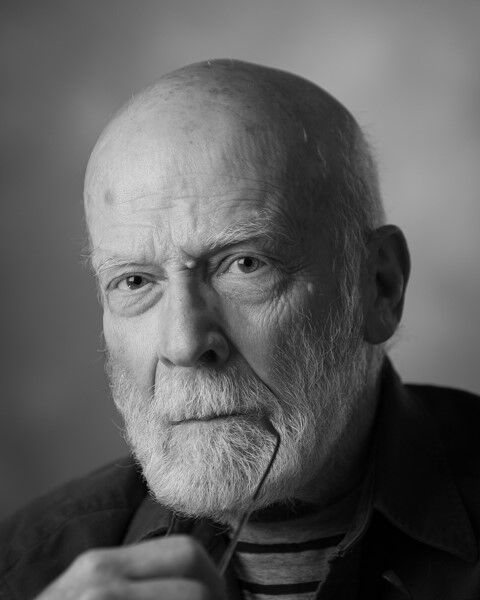 Starck’s poems are collected in anthologies. 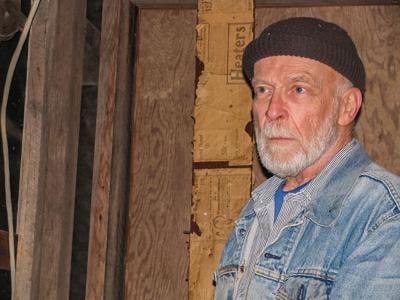 Poet Clemens Starck, of Dallas has become well-known in poetry circles for his celebration of the ordinary aspects life.

Starck’s poems are collected in anthologies.

DALLAS — Clem Starck follows the news, so he knows about the pandemic.

Most of his knowledge comes second hand. Starck lives alone on 40 acres outside of Dallas. He generally gets up in the morning, chops some wood, writes a few lines of poetry and tends to assorted chores -- all without leaving his property or seeing other human beings.

Without the news reports that eventually find their way to his doorstep, he might have gone through most of 2020 without realizing he’s supposed to be going bug nuts from social isolation.

Yet what some people call quarantine, Starck calls daily life.

Others grouse about it. He just goes about his business. His business, at least the one that attracts the most attention, is poetry.

People who put ink to paper generally do well when the rest of the world finds itself in turmoil. Shakespeare wrote “King Lear” and “Macbeth” when he was stuck at home during the plague of 1603.

Some writers even find pandemics inspirational. Edgar Allen Poe wrote “The Masque of the Red Death” in 1842 about a prince’s attempt to escape death through quarantine.

Starck sees no such fodder in the current crisis.

“I haven’t written anything about the pandemic and the virus,” he said. “I’m kind of a hermit and live alone. It hasn’t effected me a whole lot.”

Starck is more apt to find inspiration by contemplating the tools in his wood shop. He once wrote a poem about his chainsaw, musing that Rembrandt created art out of everyday life in Holland in the 17th century. One of those portraits might include a carpenter filing his saw.

“Some things don’t change,” he wrote.

The poem was included in “Rembrandt, Chainsaw,” a 2012 collection of Starck’s poetry.

The first collection of his poems, “Journeyman’s Wages,” was published by Story Line Press in 1995. The book received the William Stafford Memorial Poetry Award from the Pacific Northwest Booksellers Association and was also the recipient of the 1996 Oregon Book Award for Poetry.

“Studying Russian on Company Time,” a collection of poetry and prose about Starck’s fascination with Russia and its language, was published in 1999 and was a finalist for that year for the Oregon Book Award.

Starck writes about ordinary things. Other poets wax on about flowers in spring and the moon in June. He writes about demolishing a house at Ninth and Van Buren in Portland. No. Not the demolishing. The dismantling.

“We make the house disappear,” he wrote in poem as he described the neat stacks of lumber on the front law around a dormant forsythia.

His work has become so popular in poetry circles that his publisher in Washington state came out with a festschrift honoring his work. A festschrift is a book to honor a respected person with tributes from colleagues, former pupils and friends. Starck’s festschrift contains his poems and people’s commentary.

“It sort of mushroomed into a large endeavor of 60 people who wrote something about my poems,” he said.

A number of Starck’s poems have also been by Garrison Keillor, the former host of “A Prairie Home Companion,” on his “Writers Almanac” program on National Public Radio. Keillor also included some of his poems in the anthology “Good Poems for Hard Times.”

Starck’s poems may not seem the stuff of hard times. He declines, after all, to write about the pandemic. However, Starck still finds poetry in human suffering.

He relishes the work of post-war Polish poets. “It’s quite an phenomenon in and of itself and one of the influences on my own writing,” he said. “The writers who survived the second world war and the horrors the Poles went through came out of that experience with a certain literary quality.”

Their stories, he added, are grim yet compelling.

“The whole idea of poetry, being able to describe the horrors that they went through, it’s a literature that’s been tested and subject to extreme pressure,” Starck said. “But it comes through with a certain quality of power, beauty and truth about the human spirit.”

Clemens Starck was born in Rochester, New York, in 1937. He dropped out of Princeton, hopped rides on freight trains and worked a variety of jobs. He was a reporter for the Oil Paint and Drug Reporter, a trade journal, in New York City. He wrote about petroleum derivatives.

He was also a ranch hand and door-to-door salesman. For more than 20 years, he worked construction jobs up and down the West Coast.

In 1998, he was the Witter Bynner Fellow and poet-in-residence at Willamette University, where he has taught on several occasions. He was visiting poet at the University of California at Santa Cruz in 2004.

For all his acclaim as a poet, Starck said he doesn’t spend his time cranking out poem after poem. “I’ve never been very prolific,” he said. “If I write two or three poems a year, that’s pretty good.”

Mostly, he just lives his life.

“My life hasn’t changed radically,” he said of the past year. “I had surgery scheduled in early March for a collapsed lung. I got in and out before the whole pandemic took hold. I got out of the hospital to find that the whole world had changed.”

He was back to normal a couple of months after the surgery. His version of normal anyway. He set to work chopping firewood for the winter.

A widower, his main interaction with people these days is visits with his three grown children and four grandchildren.

His son Daniel is a carpenter who lives in California and occasionally visits to help with construction projects on the property. A woodworking shop Starck built 40 years is framed for the salvaged windows he collected from his time dismantling buildings.

He stacked the windows in the barn and covered them with plastic sheeting. “That temporary situation lasted for 40 years.” He and Daniel spent the summer working on the windows.

The project helped Starck keep his mind off the one bit of social isolation that bothered him. “As a result of the pandemic, I’ve not been continuing my weekly meetings with my two Russian teachers in Corvallis,” he said. “I miss that.”

Otherwise, he added, he’s fine. In a sense, said the reclusive poet, he has been training for quarantine all of his life.

For many Native Americans, Thanksgiving is a day of mourning (2019)