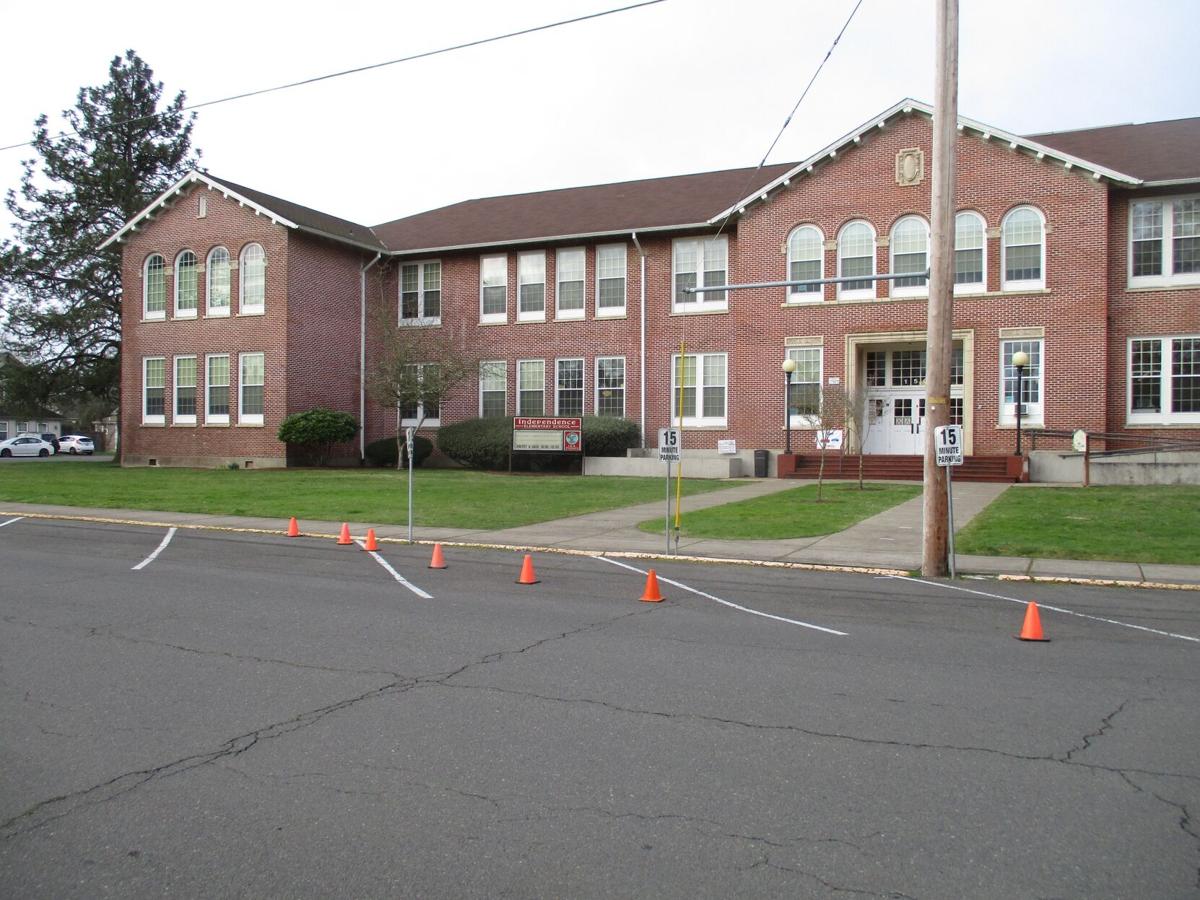 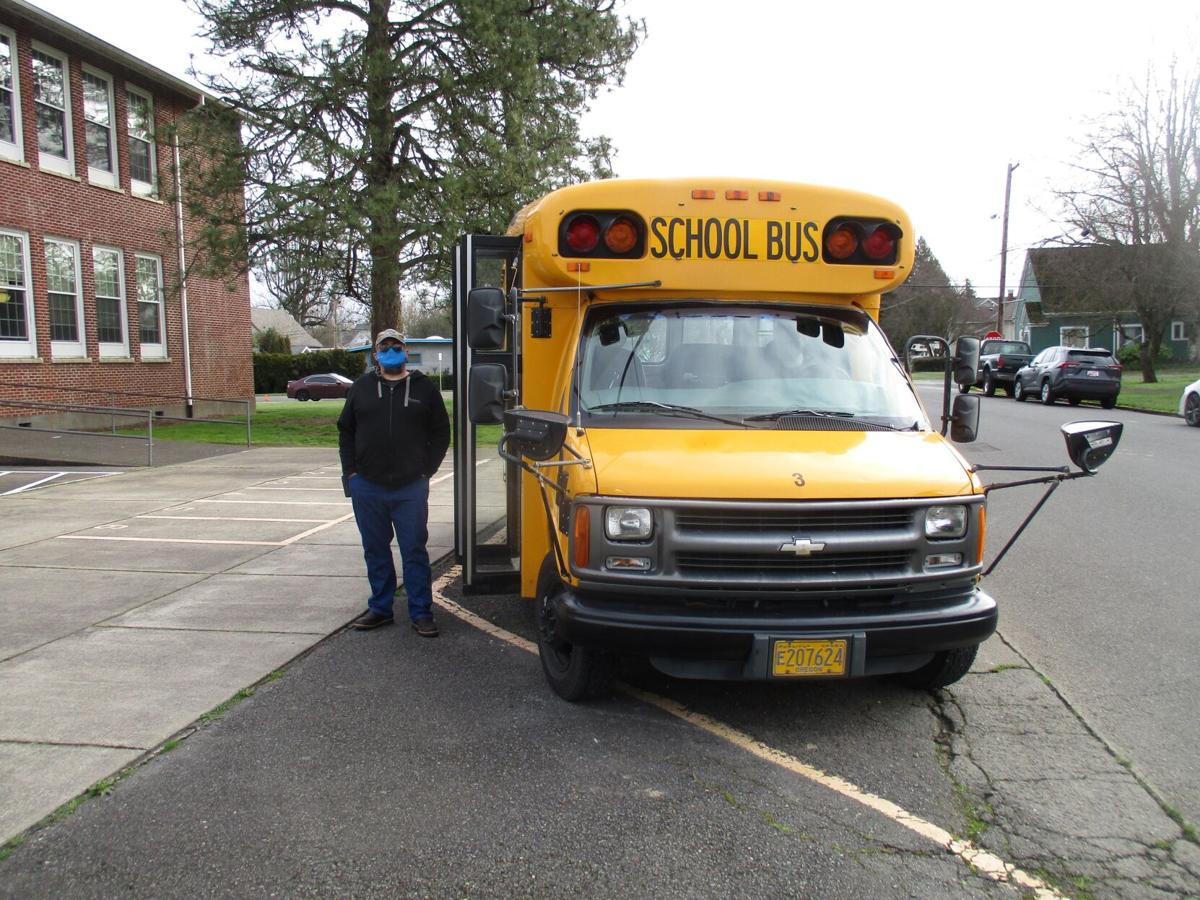 James “Mike” Cook, Central transportation manager, at Independence Elementary School, waits to pick up students on their first day back. 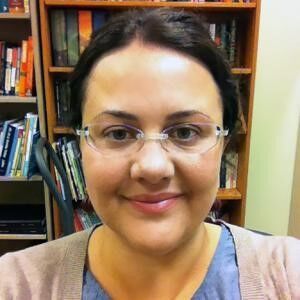 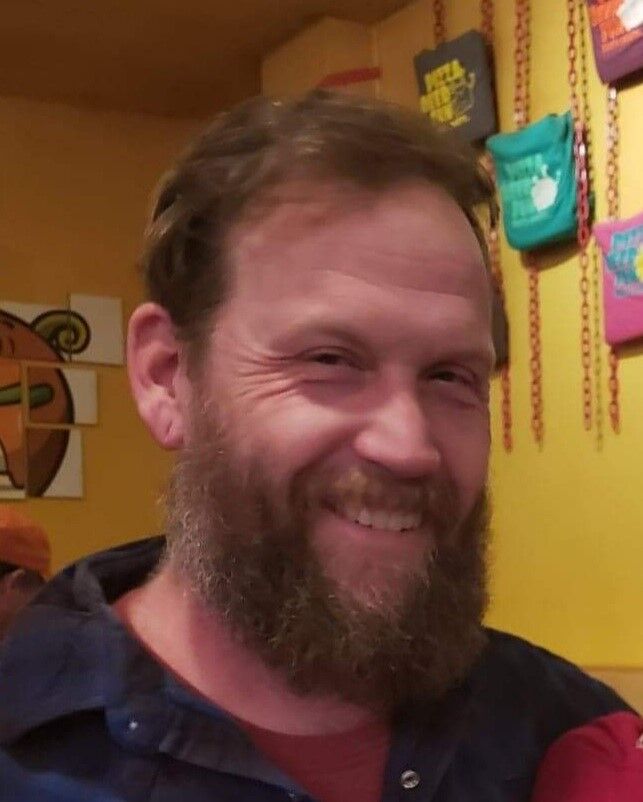 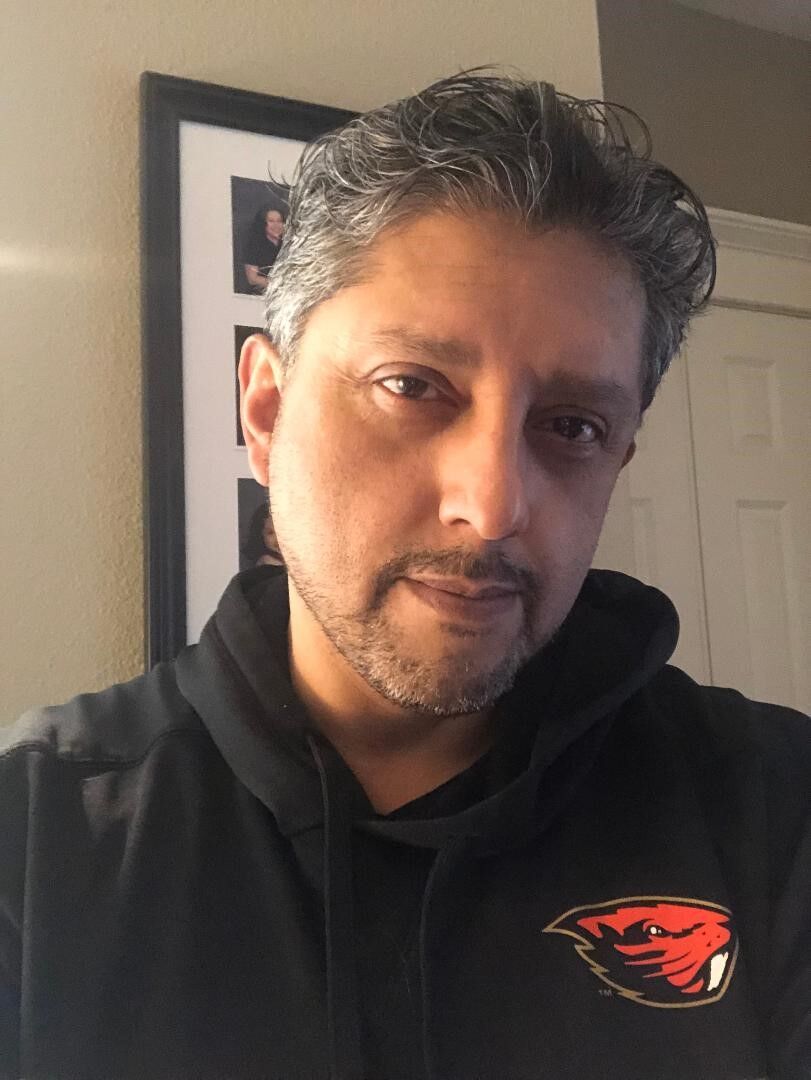 INDEPENDENCE — For 50 elementary school students in Central School District, the possibility of sharing a classroom with other children became a reality last week, a moment anticipated for months after pandemic precautions made distance learning their only form of public education.

“Excited but nervous” is the way one mom described it, standing in front of Independence Elementary School — a view seconded by another mother nearby. However, for some parents, even carefully laid protocols to help ensure safety from the spread of the coronavirus aren’t enough — not yet anyway.

One of them is Josh Cronin, a dad with a new baby who is co-parenting a kindergarten-aged daughter from a previous marriage. He thinks it’s far better to finish the school year in remote learning and to spend the summer preparing for a return to in-person instruction.

Since Cronin’s infant daughter is frequently under the care of her grandmother, he worries about the risk of possible transmission if his older daughter goes into regular classes.

“I don’t think it’s unrealistic to have all school staff vaccinated and, at the very least, have senior citizens vaccinated, before returning to in-person schooling,” he said. “That protects our most vulnerable and it’s very realistic that we can have those people vaccinated within the next two months.”

Cronin, who works for the U.S. Postal Service, is far from alone in his view. About a dozen parents like him have written to the district to express similar opinions, according to Emily Mentzer, communications coordinator for the school district. That’s about as many who have written in favor of school re-opening, she said.

But parents who don’t want to send their children back into school buildings haven’t been as visible. None seem to have testified at school board meetings, according to a recent review of those sessions.

In contrast, those who have advocated for lifting the school closures have publicly aired their views — and not just at school board meetings. A rally that called for district-wide school reopening was held recently; parents and students carried signs on Monmouth Street by Central High School.

They pointed to prioritizing vaccines for teachers, which made the shots available in recent weeks, and to infection-fighting measures that have been shown to be effective against the coronavirus spread.

But some parents remain unconvinced.

“My kids are not going back for sure,” said Felix Oliveros, who lost his grandfather to COVID-19.

“This has prevented our community to do what is necessary to keep everyone safe,” explained Oliveros, who is head academic advisor for the Arts and Graphic Design programs in the School of Arts and Communication at Oregon State University.

“There are so many people that still do not wear masks,” he observed. “It would be impossible to know how many students are living in homes that do not practice safety measures,’’ he said.

The reopening — which involves small groups and limited in-person instruction — seems applicable largely at the elementary level, at least so far. It isn’t quite the “hybrid model” widely discussed at school board meetings in past months. Instead, it differs somewhat in restrictions on hours and cohort sizes. Additionally, it also means that most learning is still home-based.

The program arrives at a time when there has been recent optimism on the part of county health authorities about “school metrics” — infection rates that are used to assess the feasibility of a return to more traditional education. From early January until right before the district’s elementary schools opened their doors again, the “positivity rate” was 6.7%.

“It’s trending downward,” observed Jacqui Umstead, Polk County’s public health administrator, who announced the findings at the last meeting of the Polk County Board of Commissioners.

Oliveros doesn’t dispute the data. However, though infection rates seem to have gone down, by re-opening schools the risk could rise again.

“We are risking the lives of community members that live in multi-generational households,” Oliveros said, adding that, in his family, this is common.

In fact, the school district had to take decisive action after an outbreak last fall, near mid-November. The spread, which was linked to an off-site gathering of the youth, prompted a shutdown of extracurricular activities that lasted until nearly the end of that month.

“We know the impact that a pause on extracurricular activities has for our students, staff, programs and our community,” said Central High’s Principal Donna Servignat, in a statement about the incident posted by the district. In it, she also expressed gratitude that “our students were transparent with us about their symptoms and health status.”

Since then, Superintendent Jennifer Kubista has reiterated that she wants an approach that would reduce the possibility of what is known as a “societal disappointment cycle,” a situation in which schools suddenly are shut down when positive cases surface. The district wants to avoid that “as much as possible,” she said during a recent school board meeting.

However, one local educator isn’t certain this won’t happen, anyway.

“All across the nation, where schools have opened up, they then engage in a see-saw of opening and closing as inevitably someone catches COVID-19,” said Melanie Landon-Hays, associate professor of literacy at Western Oregon University’s College of Education. “Research has shown over and over again — pre-pandemic — that children benefit from a stable environment where they can anticipate changes and feel safe.”

Bringing students back to schools amid the virus and before vaccination is complete, could mean children “will be caught in this loop that has been seen in other schools across the nation,” she said.

“Even limited in-person school does not provide the benefits of what students have known as school, and it does not negate the harms of the inevitable instabilities of a still-spreading virus,” Landon-Hays said.

In schools that have reopened for limited in-person instruction, Gov. Kate Brown has announced “resumption of outdoor contact school sports, with protocols in place,” according to her latest news release.

Some parents worry that such directives don’t leave enough room for teachers’ decision-making.

“Another concern is for our teachers,” Oliveros said. “I don’t believe that by the middle of this month that all teachers will have both doses of the vaccine, as well as the time to have the full effect of both doses.”

In fact, this past week, the Oregon Health Authority announced the discovery of four “breakthrough” cases of COVID-19 — cases in which an individual tested positive for COVID-19 at least 14 days after completing their vaccination series.

Asked about limited in-person instruction, teacher Ben Gorman, president of the Central Education Association (CEA) for 2020, referred to a statement from the executive council of the CEA. It concludes: “We remain committed to serving all students of the Central School District in a way that keeps them as safe as possible while also providing for their social, emotional, and academic needs.”

Rep. Garamendi: Any lawmaker involved in Capitol riots ought to be thrown out of Congress