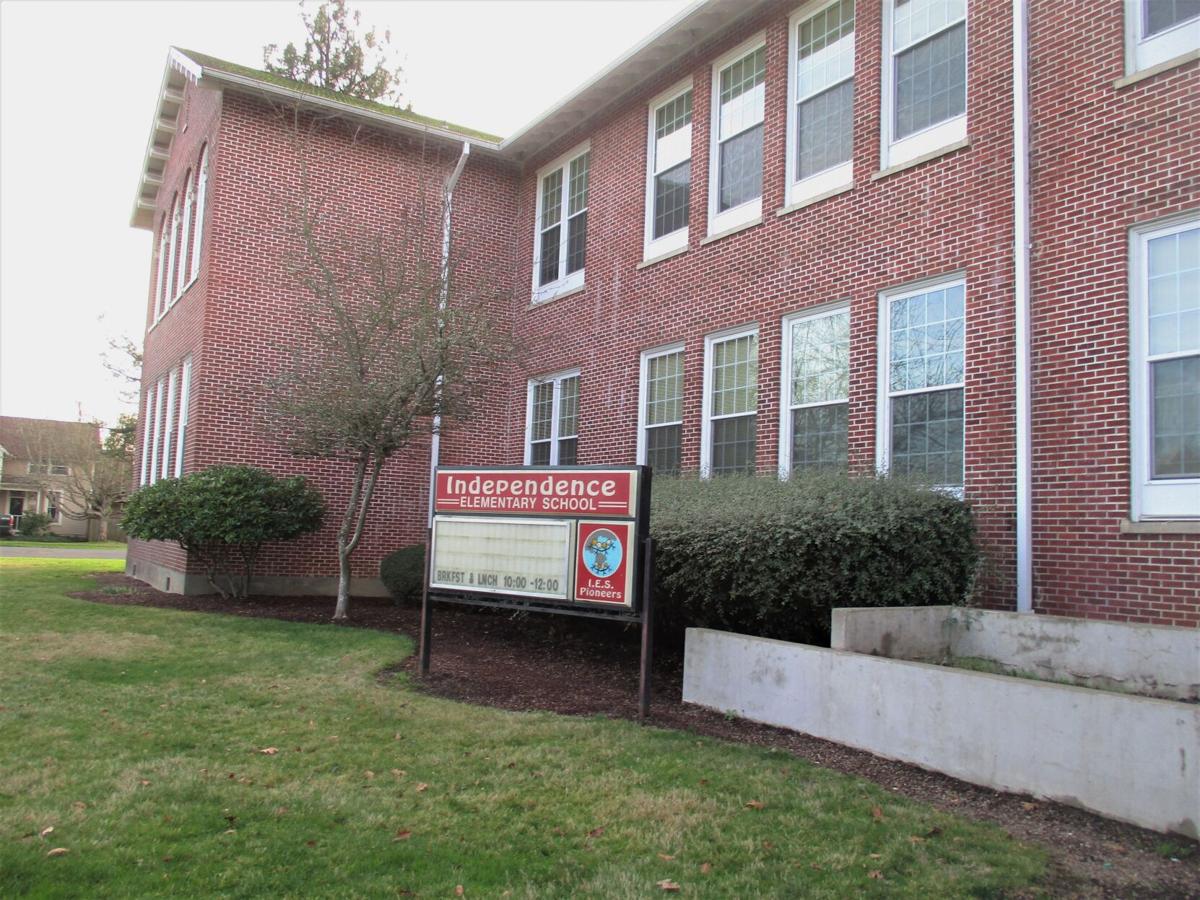 A group of parents in the Central School District want students to return to class quickly, saying their children are suffering academically and emotionally from distance learning. 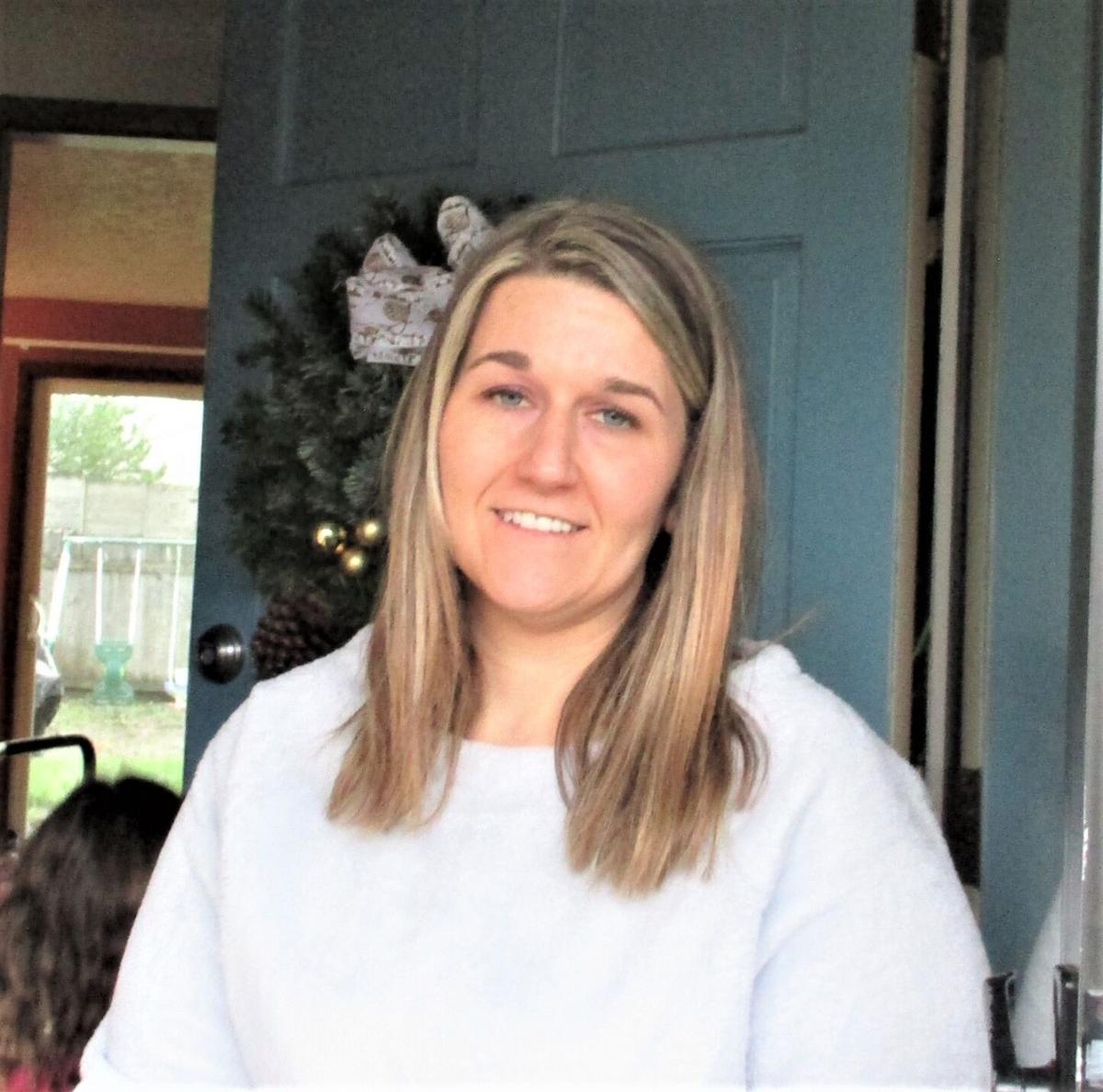 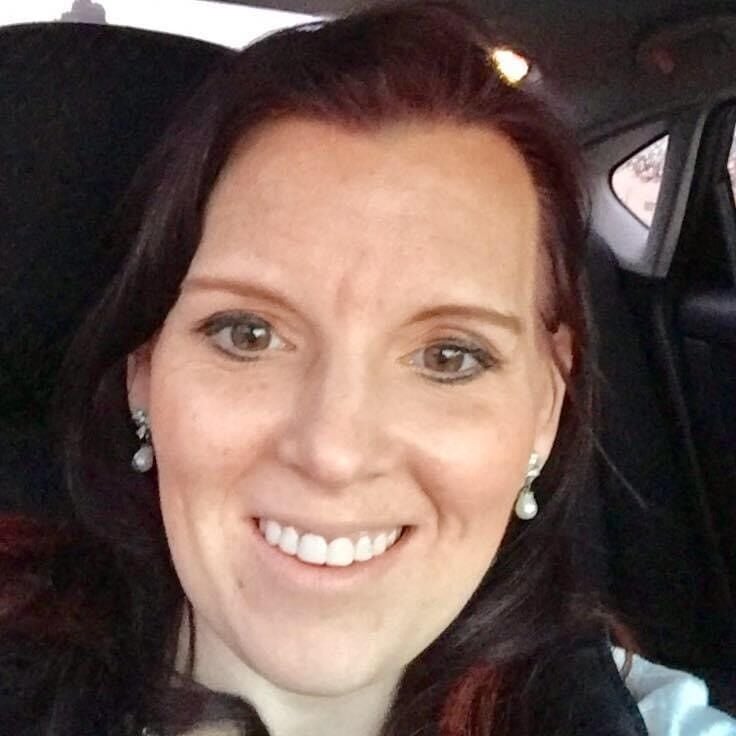 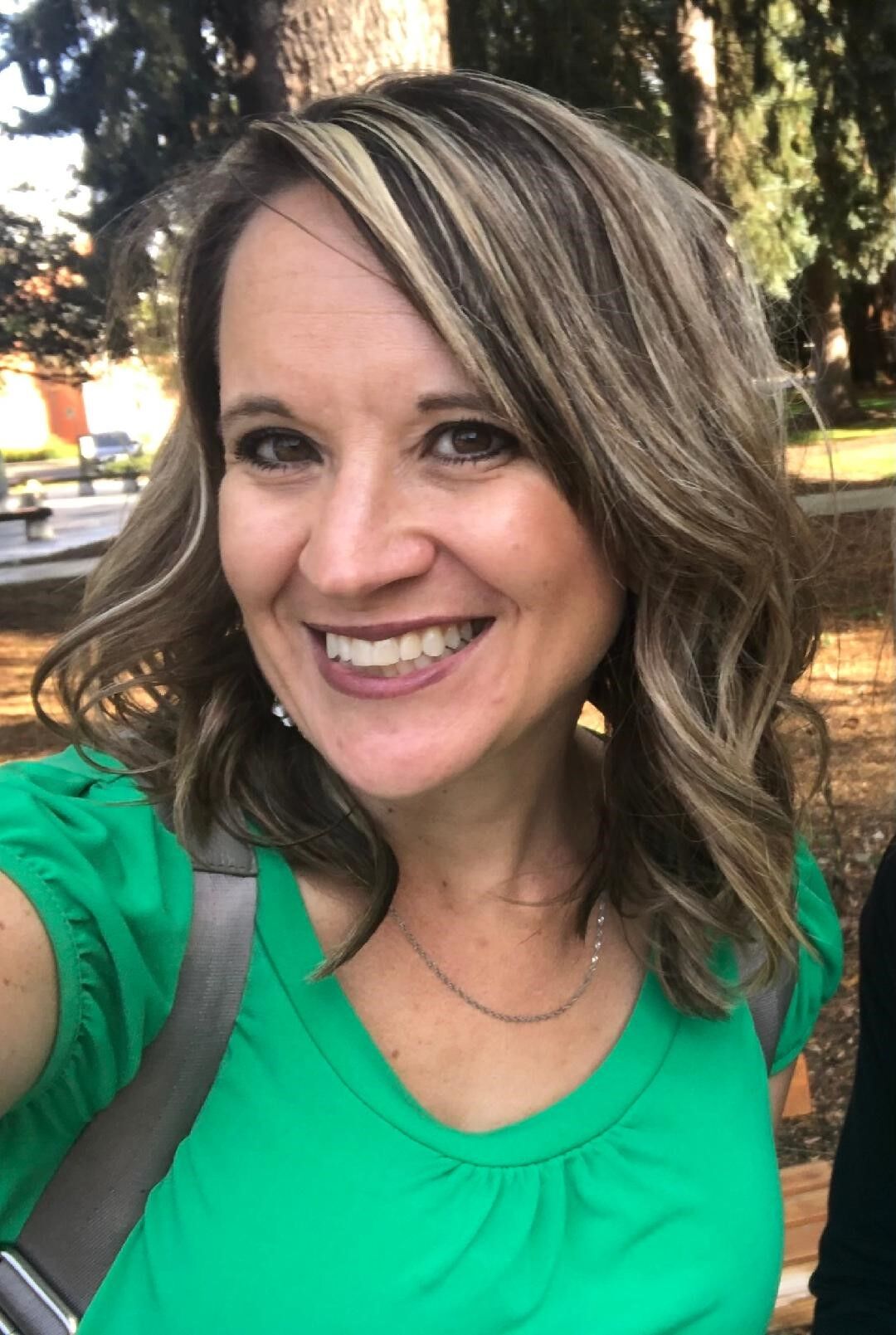 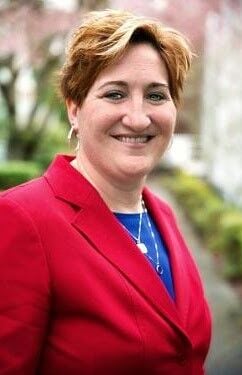 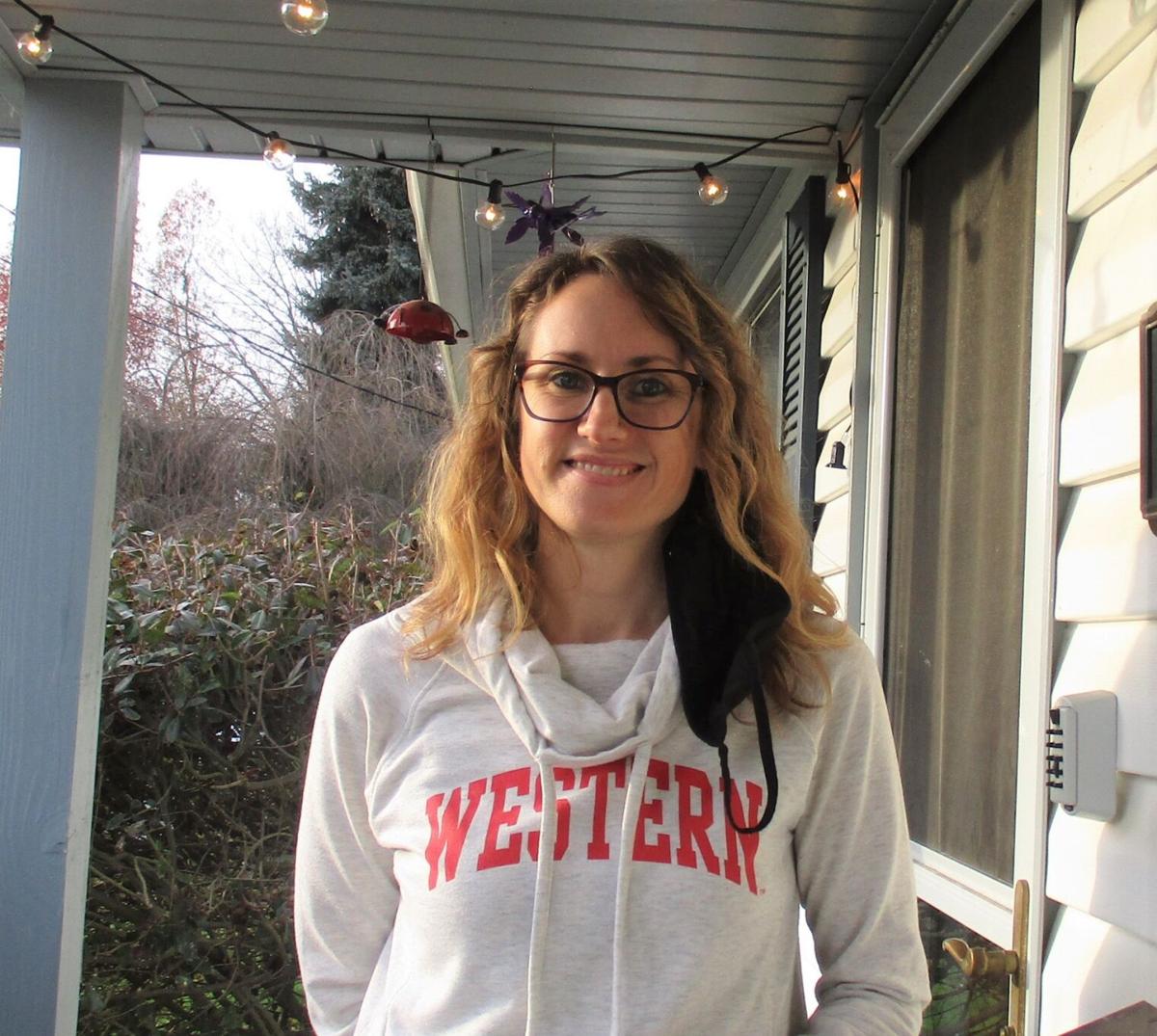 They’re not talking about simply getting children back into regular classes — they’re referring to kids suffering so much from the shutdown that their losses cannot be restored.

Amid the continued closure, a group of mothers testified at the Central School District’s January board meeting that pandemic measures are causing serious emotional issues among some youth — inflicting a danger to children’s mental health that should be as worrisome to school officials as the risk from the coronavirus.

“My plea to Central, to the board, to the superintendent and to the teachers, is that now that the metrics are not mandatory, we begin now to get our students back into the classroom,” said Janica Duncan, a certified substitute teacher for the district. Her five children span the K-12 spread, yet only her youngest is able to attend school — a preschool, Duncan pointed out.

“I am so concerned about the mental state of the children in the district,” Duncan stressed.

She was joined by several others who reiterated the same underlying message: For many, distance learning has been a colossal failure.

Incidents from other parents, as well as some students, indicate a rise in self-cutting to deal with the isolation, peer discussions of depressive symptoms that include thoughts of suicide and reports of children in beginning grades having sudden breakdowns.

And even the childhood eating disorders are far from typical, he said — involving children who stop eating because “they’ve just given up.”

Gov. Kate Brown eased restrictions in late December for school closures, making statewide metrics “advisory” instead of mandatory, and allowing decisions to be made “district by district.” However, by last week, she was forced to announce that anticipated shipments of vaccine would be delayed, due to a “deception” at the federal level in the quantities available to be sent. Vaccination for educators is slated to start the end of January, but it remains unclear how many injections can be delivered and in what time period.

Asked about this, Duncan acknowledged that “there is some talk about waiting for the vaccine.” However, it could take far longer than anticipated to get school staff and teachers vaccinated, she noted.

“Vaccination should not be what determines when schools open,” she said.

Recent research seems to back up that assertion. In the past few weeks, studies in the journal of the American Academy of Pediatrics and by the Centers for Disease Control and Prevention suggest that children at school don’t transmit the virus readily across educational settings. However, the findings don’t involve a more contagious strain now being detected, which might be a complicating factor.

In a public meeting last month, Colt Gill, director of the Oregon Department of Education, alluded to the lack of evidence for students to be “super spreaders” — a quote that Duncan recounted to the board during her presentation.

Duncan is part of a committee for the district that’s helping to plan for school re-opening — and she believes that schools are safe when mitigation measures are carefully followed and in place. She’s also the founder of “Let Oregon Learn,” a Facebook group she started in September locally, which now has grown to include nearly 4,000 followers from across the state.

“Let Oregon Learn” advocates for the safe reopening of schools, but it also provides a way for parents to connect, and it has become a place to vent during discouraging periods.

When Duncan posted one day about worrying over two of her children’s declining motivation, more than 150 other parents shared their own similar concerns within minutes. In fact, finding like-minded moms was one of the benefits of signing up to speak at the school board meeting, said Leslie Lloyd, who has an outside job, a kindergartener and a second grader. Finding out that she wasn’t alone, “was nice to know,” she said. Her family of four had relocated to Monmouth only last year, and she had been unaware of the advocacy group until recently.

The sudden departure from school was hard on her family, she recalled. They moved to the district in late February — and a few weeks later, in March, the schools were closed.

At the board meeting, Superintendent Jennifer Kubista said re-opening is “our priority, too.” However, “we know that we still have high caseloads in our zip codes,” she said. “We’re continuing to monitor that.”

Kubista expressed concern about the positivity rate, which was expected to go higher in the aftermath of the holiday season. A few days after the school board meeting, the Oregon Health Authority issued data affirming that Polk County remains in the “extreme risk” category.

However, district personnel also are anxious to open the schools for in-person learning, according to Kubista. In fact, there are plans to start at the elementary-school level, with kindergarten through third grade.

Lloyd supports the phase-in approach suggested by the superintendent, she said. The youth have been out of school for months, and just as they had to adapt to being gone from classes “they need a period of adjustment for returning,” she said.

Following the school board meeting, Kubista and Board Chair Steve Love released a timeline; late January is targeted for more intensive planning, with the goal of providing more details then about bringing staff back into buildings.

The CEA acknowledged that the situation has been difficult for families, and hard on educators, as well.

“We ask that you please support your community’s educators as we make the best choices we can in these challenging circumstances,”  CEA concluded.

Amber Bacio, another mothers at the school board meeting, said she recognizes there may be fear about the risk of COVID-19 infection by teachers, but “concessions” could be made for those who want to avoid exposure.

“Virtual learning is not working,” said Bacio, who has three daughters in district schools. “Students need an active learning environment.”

Duncan agrees. Classes online often lack the hands-on learning that is necessary to master some subjects, such as her teen’s high school chemistry class, which has no lab, she said. And, with sports canceled, some students lost a big part of what helps them stay the course, Duncan said.

Tiyah Lewis shared her own frustration about the adolescent need for regular school.

“I have a senior in ‘Main Street Singers’ at the high school — and that group hasn’t been able to sing together,” Lewis said.

When song practices ceased, so did the opportunity for that special kind of shared experience, she pointed out.

The high school senior class seems to be particularly hard-hit by the change, Lewis noted. The very milestones that many students look toward when finishing the last year at Central High — from homecoming to senior prom — are gone, with “virtual” substitutes as a disappointing replacement, she stressed.

“They are just missing so much,” Lewis added.

Yet, so far, the response she’s gotten from school representatives about reopening is “lukewarm,” Lewis said. However, she started a Facebook group for other parents interested in supporting it — attracting nearly 120 followers in almost no time, she said.

“I was not meant to be a teacher,” she said.

With children of different ages, she’s unable to provide needed instruction — and it’s unrealistic to expect parents to do so, she said. Historic portrayals like “Little House on the Prairie” may make it look successful, but off-site, home-based education is a continual struggle “with everyone sitting on top of each other all day long.”

Lewis said she worries about the increased screen time in distance learning. For children who already were spending a lot of time online before COVID-19 — for game-playing and in other internet activities — the pandemic meant even more hours interacting with technology instead of engaging with people.

What are the long-term effects going to be? she asked. “I am seeing ADHD-like behaviors in my third-grade son due to anxiety that’s very much screen induced,” she said. “Our pediatrician agrees that we wouldn’t be experiencing these behaviors on such a level if he could be in a classroom.”

For many parents, a return to class couldn’t come soon enough.