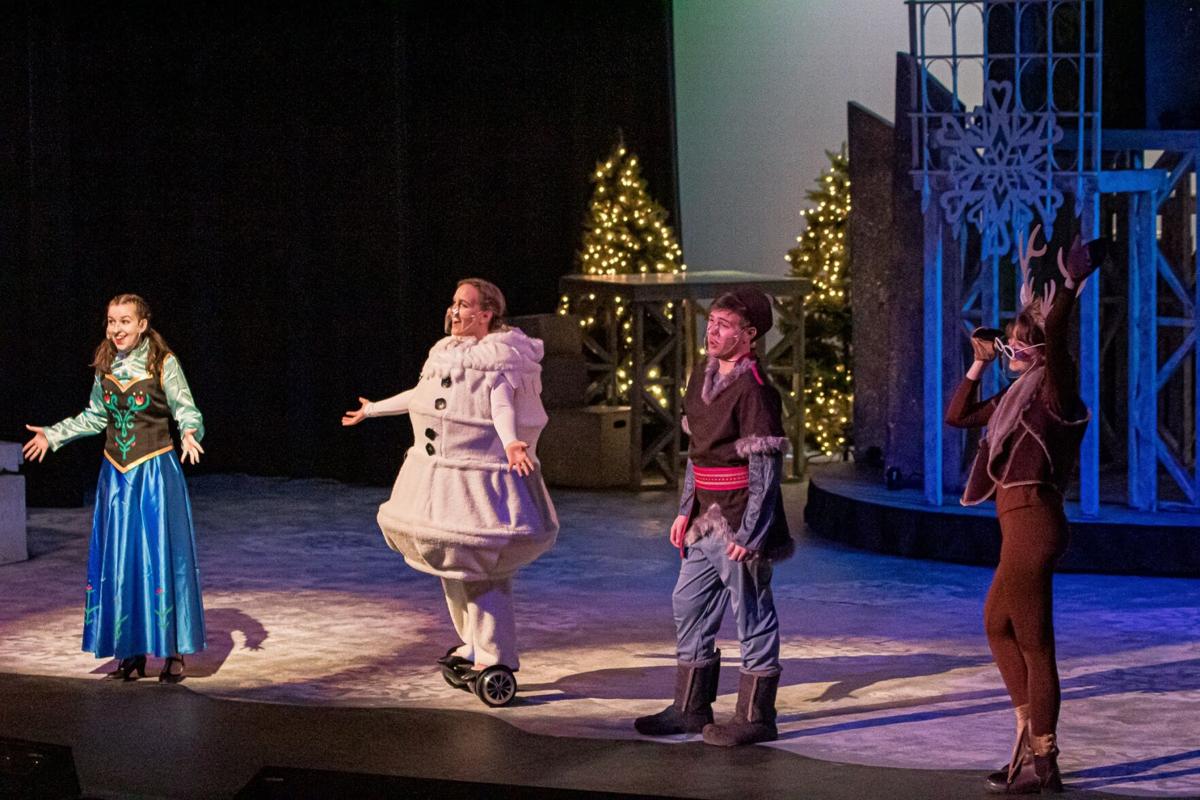 Performing in ‘Frozen Jr.’ are Lillian Boyack, as Anna, Jocie Dunmire as Olaf, Ashton Mann as Kristoff and Sage Henke as Sven. 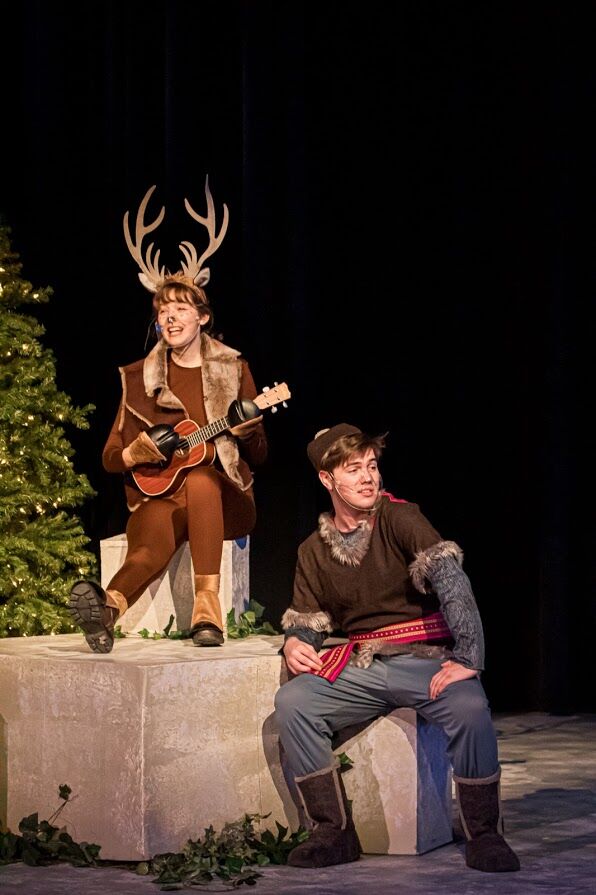 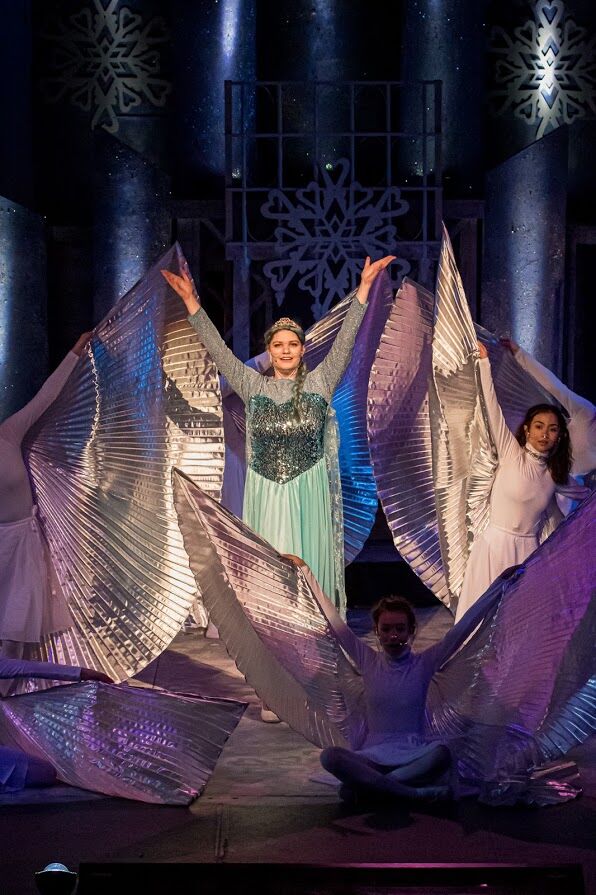 Isabel Houser performs as Elsa with the Snow Chorus in ‘Frozen Jr.’

Performing in ‘Frozen Jr.’ are Lillian Boyack, as Anna, Jocie Dunmire as Olaf, Ashton Mann as Kristoff and Sage Henke as Sven.

Isabel Houser performs as Elsa with the Snow Chorus in ‘Frozen Jr.’

INDEPENDENCE — After months of delays due to the COVID-19 pandemic, the Central High School Performing Arts Department is finally ready to present its production of “Frozen Jr.”

However, due to ongoing restrictions, a recorded filmed performance will be live streamed at 7 p.m. today (Wednesday) through Saturday with an additional matinee at 2 p.m. March 21.

Co-director Jeff Witt said unlike past productions featuring a live, viewing audience, “Frozen Jr.” had to be filmed to fit within social distancing guidelines. Much like how “Hamilton” was filmed that aired on Disney+, Witt said they set up stationary cameras on each side of the stage, in the front and the rear and another for closeups.

Witt explained, usually, most productions don’t allow the filming of their property.

“Disney was one of the first groups that said they needed to allow filming,” he said. “You couldn’t do that with ‘West Side Story.’ You would have had to ask each individual author for permission.”

So, because CHS had already done a production of “Little Mermaid,” they chose “Frozen Jr.” for this go around.

However, come October, was Gov. Kate Brown’s shutdown due to statewide spikes of coronavirus cases.

“We were three rehearsals away from filming when the shutdown came in late October,” Witt said. “Interestingly, we had to tell the kids we’ll go back and film when we get a chance. But until that happens, you have to be ready.”

They continued to rehearse lines and lyrics while in Google classroom, to stay fresh and ready when the green light was given to resume. Witt said after a full 10-week break, they had four days to complete filming.

“We hadn’t even had a technical rehearsal yet,” he added.

Witt said he relied heavily on co-director Wendy Boyack to helm most of the production while he concentrated on costumes.

Once back underway, they rotated in the 29 cast members, blocking scenes for filming 4 to 5 minutes at a time.

Witt said viewers can still expect “Frozen Jr.” to essentially be the same presentation as the movie version, featuring such musical hits as “Let it Go,” “Fixer Upper” and “Love is an Open Door,” just with some content cut to fit in its 1 hour and 10-minute runtime.

“It’s really about love and acceptance, between sisters and about their bond and journey,” Witt said.

To watch the live stream, log onto www.chsperformingarts.org and purchase tickets for $12 per device, be it TV, computer or phone. An email will be sent with an access code.

“I’ve been getting comments, ‘Oh my goodness. I’m not paying $20 to see a high school play.’ I tell them it’s a family ticket that pays for as many as can sit in front of the TV or computer,” Witt said.

Witt added during the live stream, the department will announce its next production, that he personally had to call the author to get permission to use.