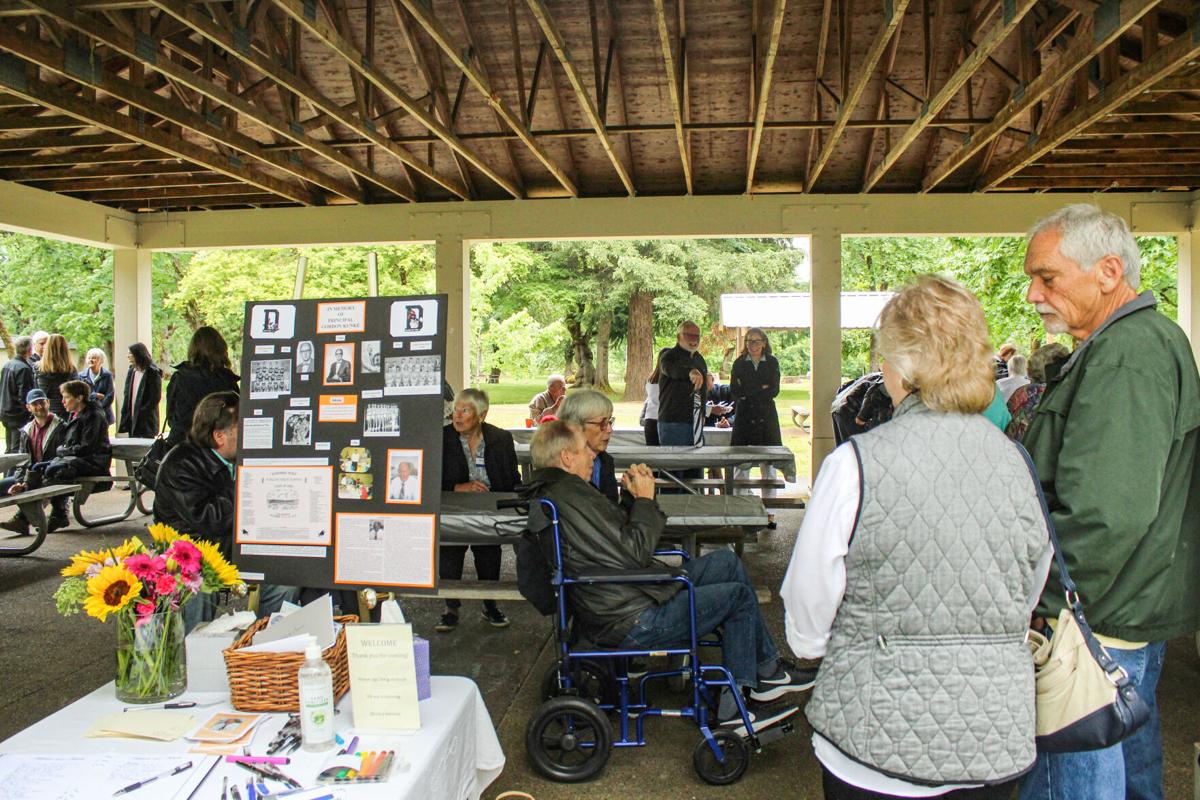 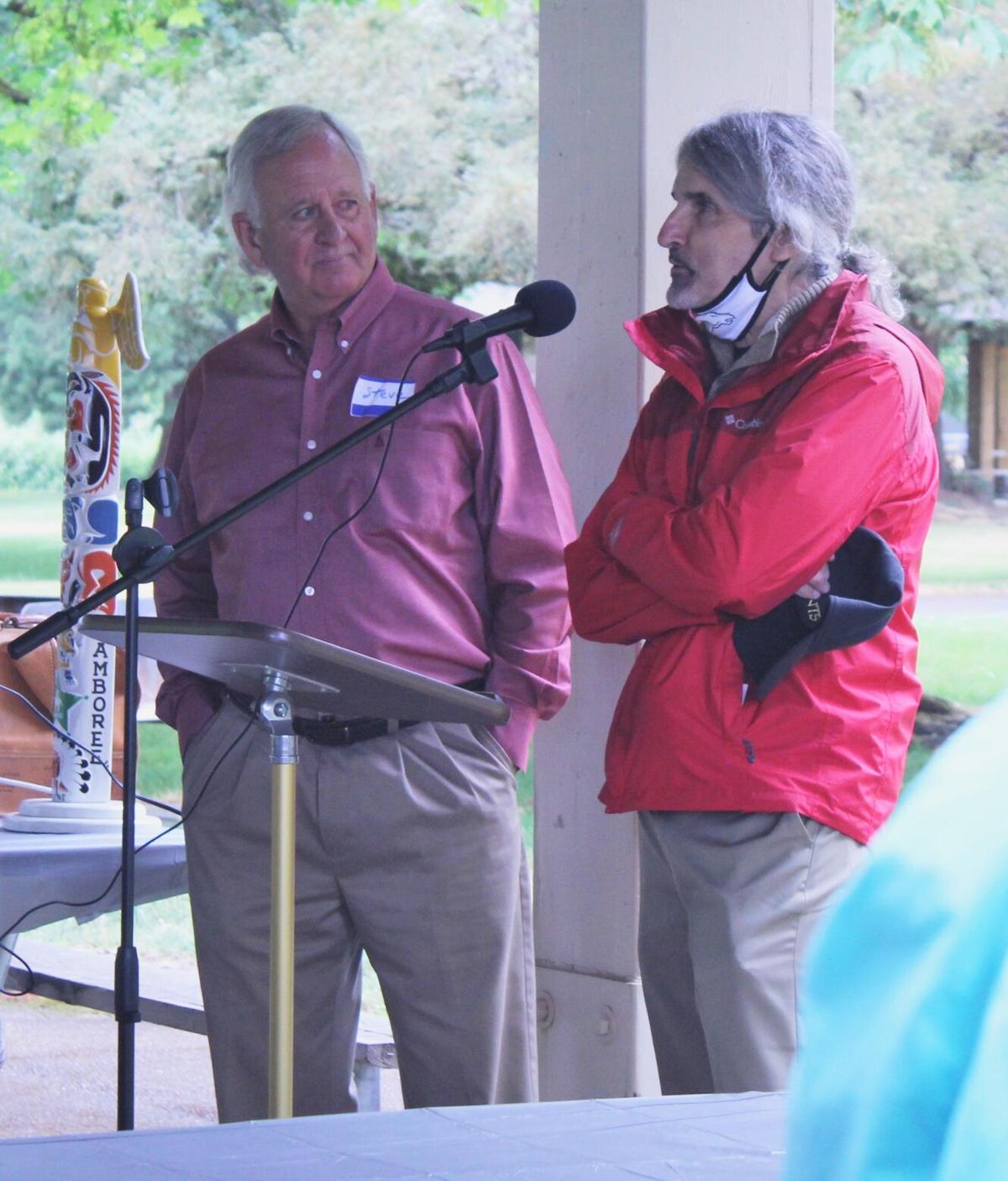 Dennis Day shares memories of Gordon Kunke at the June 11 celebration of life.

Dennis Day shares memories of Gordon Kunke at the June 11 celebration of life.

DALLAS – Former coach, teacher and superintendent Gordon Kunke’s name is forever attached to the gym at Dallas High School -- which he and his basketball team helped build – but his true legacy remains with his family, friends and multitude of students and athletes he taught.

Kunke died May 11, and his family held a celebration of life on June 11 in Dallas City Park.

Dallas School District hired Kunke in 1949. By 1960, he had become the Dallas High School principal and 10 years later, he was named the district superintendent. He retired from Dallas in 1984. Kunke was married to his wife, Marian, for 66 years until her death in 2018.

Dennis Day, a friend of Kunke’s son Steve Kunke, drove down from Portland to attend the celebration. Day also became an educator.

“He was the gold standard. He was the north star for so many,” he said.

Day said he moved to Portland several years ago, but can still see the ripple effect of Gordon’s influence in the people he meets. When people find out he is from Dallas, he is often asked if he knew “Coach Kunke, Superintendent Kunke, Principal Kunke,” he said.

“I was fortunate to grow up around Steve and the family and get to see Mr. & Mrs. Kunke … the kind of parents they were, the great family they raised,” Day said. “They kind of raised some of us kids who tagged along with them.”

Kunke’s grandson Robbie Kunke said his childhood was filled with fond memories of his grandparents and the love they had for their community.

“As I was growing up, it’s amazing to look back on the lives we had, on the loving grandparents we had, how special every single holiday was,” Robbie said. “Every single moment was just so incredibly special.”

He said, as a kid, going to the grocery store with his grandfather was a test in patience. His grandad knew nearly everyone, and always had something to say to everyone he ran into.

“Looking back on it, I could tell how much of an impression he did make,” he said. “It was really an amazing journey and an amazing life he had.”

Mike Bollman, of Bollman Funeral Home, helped host the remembrance. The Bollmans have a long-standing tradition of serving on the Dallas School Board – Mike is a current member -- and he said his family has had a long relationship with the Kunke family. His grandfather was on the school board when the district hired Kunke in 1949 to be a math, health and PE teacher. He, of course, also coached basketball, baseball and football.

Bollman said he recalls the day the district named the gym at the high school after Kunke.

“In 2013, it was a very special day. That was the day we gathered at Dallas High School in the original gym from 1954. That was a special day; it was going to be named in Gordon’s honor,” he said.

Kunke was the basketball coach at the time the gym was built, and he and his team helped install the gym floor.

Bollman said the gym was packed for the ceremony.

“The gym was full with students. They were dismissed to witness this very special occasion,” he recalled. “I just remember how humble Gordon and Marian were, and for their family, just how special that they could witness that that while he was here.”

Bollman said his is happy that everyone who attends a game or event in the DHS gym will see Gordon Kunke’s name.

“Gordon’s legacy will live on this this community forever,” Bollman said.

Steve Kunke said he was grateful to people who came out to share the memory of his father.

“It’s a reflection of the community that made such a difference in my dad’s life and my mother’s life,” he said.