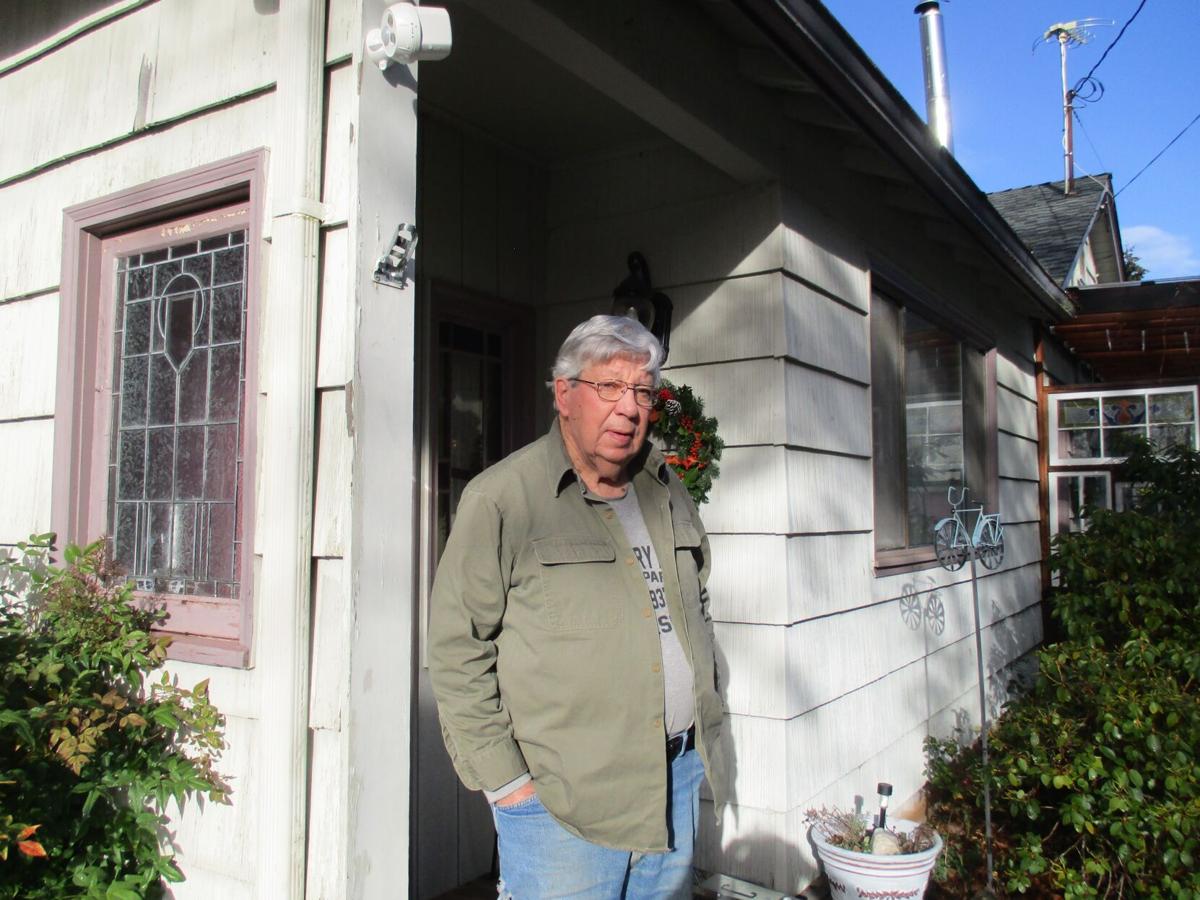 Wayne Simmons outside his home in West Salem area. 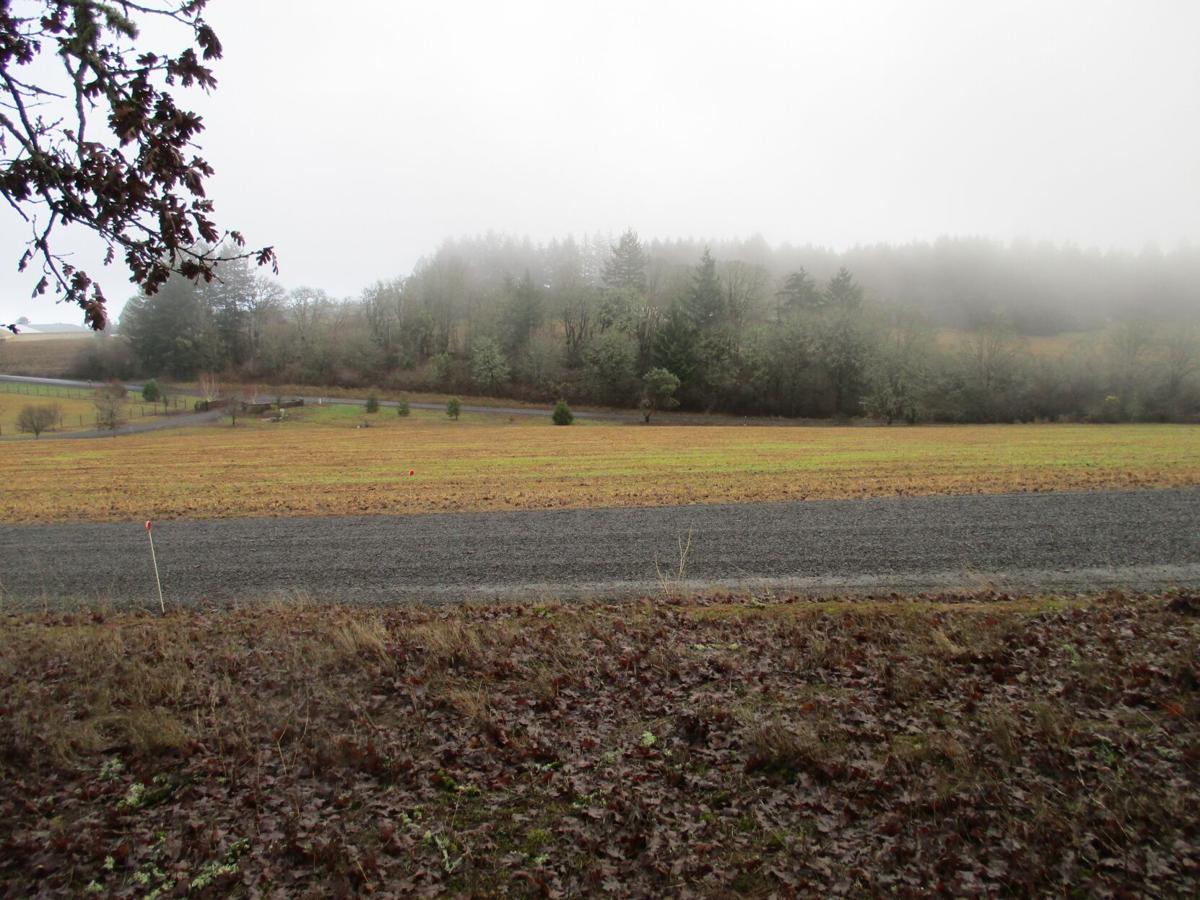 The view from the farm, taken from a hilltop on the land.

Wayne Simmons outside his home in West Salem area.

The view from the farm, taken from a hilltop on the land.

WEST SALEM — For several years, Wayne Simmons has been on a quest to do what many like him have found impossible: Divide the family farmland outside West Salem into smaller parcels. In only a few minutes last week, those hopes were dashed.

In a two-to-one vote, the Polk County Board of Commissioners issued a swift denial of the proposal.

“It took all of about 10 seconds when they made the decision,” Simmons said. “There was no discussion, and we don’t know why it went the way it did,” he added.

Board Chair Mike Ainsworth cast the dissenting ballot. Commissioners Craig Pope and Lyle Mordhorst voted to uphold the recommendation of the staff and the county hearing officer, who had concluded there was “insufficient evidence” for a zone change allowing the sale of 10-acre lots from the 228-acre site.

However, the case — which involved four owners and seven contiguous parcels near Best Road NW — is one that may seal the fate for anyone in the county seeking to split nonproductive land into rural residential parcels, said Wallace Lien, the Salem attorney who represented the landowners.

The case was the best “I’ve ever put together in my 40-plus years of practicing land-use law,” he said. “If this application couldn’t be approved, it amounted to a moratorium on all such attempts in the future.”

If so, that’s good news to some of those with opposing views.

“We are thrilled exclusive farmland use is going to remain,” said Jasmine Zimmer-Stucky, the “working lands engagement coordinator” for 1000 Friends of Oregon.

Sarah Deumling, acting chair of Friends of Polk County, considers the decision by the commissioners to be nothing short of protecting an important county asset.

“Our forest and farmland is our capital,” she said.

The situation appears to reflect an issue seen more and more frequently across the state, a movement for “low-density rural residential” growth. Polk County, which ranks 11th in agriculture among the state’s 36 counties, is one that’s experiencing this “small farm movement” as it’s sometimes called, a reference to scaled-down agricultural estates or “hobby farms.”

This form of rural rezoning prompted 1000 Friends of Oregon to publish a formula for battling the phenomenon, “Death by a Thousand Cuts: A 10-Point Plan to Protect America’s Farmland.”

But Simmons said his land, Orchard Crest Farms, doesn’t need protecting — it’s at an elevation of 1,000 feet and higher, with “very, very rocky soil,” he said. In fact, it was abandoned as a farm when Simmons’ dad, Ervin, began renting the land in the 1930s, he explained. When his father purchased it several years later, it was for “a nest egg,” Simmons recalled.

Ervin Simmons died from cancer about five years before more-restrictive land-use laws were passed, he explained. Since then, the family struggled to keep the farm, which has “fabulous views that are nowhere else to be found,” Simmons said. The hilly land was used to grow crops — cherries and plums among them — but his goal of selling sections of it never wavered.

As the most visible individual in the years-long process of trying to get county permission to do so — and as the largest landowner of the four petitioners — Simmons became the figure most associated with the quest.

The application asked for a comprehensive plan amendment, and a change from a zone limited for “exclusive farm use“ into an AF-10, an “agriculture and forestry 10-acre minimum zoning district.”

The request seemed consistent with the area, said Simmons, who previously has served as a county planning commissioner. There are several five-acre lots around his property, he pointed out.

When asked in general about the likelihood of loosening the state’s restrictiveness on farmland to enable division into smaller parcels, Rep. Mike Nearman, who represents District 23, which includes parts of Polk County, responded, “Oregon’s land use laws have been vigorously defended by the environmentalist community since the passage of SB 100 in 1974.”

“They are a strong force in Oregon politics, and unless they choose to embrace this kind of development, I don’t see much opportunity for more pro-development changes,” he stated.

SB 100 called upon counties and cities to adopt local land-use plans guided by statewide principles, which included stiff environmental protections. Ten years before that law was enacted, a relatively new intergovernmental agency, the Mid-Willamette Valley Planning Council, had published a preliminary comprehensive plan for Polk County that singled out the area of West Salem for discussion. The population there had doubled from 1940 to 1950, growth attributed to the influence of the state’s capital city, which was “increasingly felt.”

County commissioners have been tight-lipped about the reasons behind their two-to-one vote. However, Commissioner Ainsworth alluded to his frequent evaluation of proposed actions through the lens of tax benefits; Commissioner Pope has a solid history of agricultural advocacy. Commissioner Mordhorst, who previously had a casual conversation that was initiated by someone interested in the case, self-reported that incident as possible ex parte communication, delaying the vote for a few weeks. As a result, he’s going to remain mum until the outcome is fully finalized, he said.

Meanwhile, Simmons said he awaits the county’s “order of denial,” which he hopes will provide more explanation of the commission vote. Until then, there will be no decision on whether to file an appeal with the state’s Land Use Board of Appeals, he said. However, he is certain of one thing, Simmons said. For landowners who want to sell parts of their property, “the odds are stacked against us,” he said.

Former DHS official: You don't get a mulligan on insurrection

Biden: Science team 'among the brightest, most dedicated'