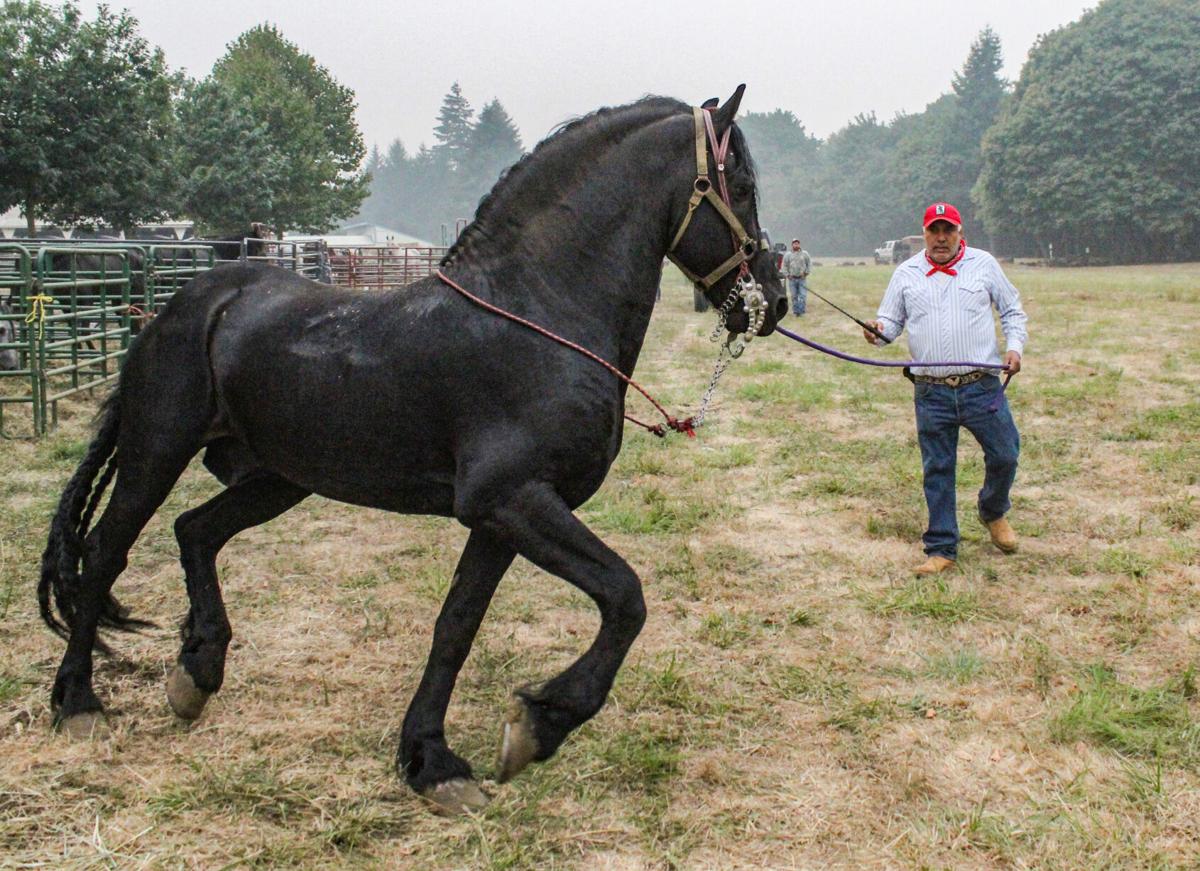 Pedro Muñoz, right, and his 15 horses are among those who evacuated to the fairgrounds. 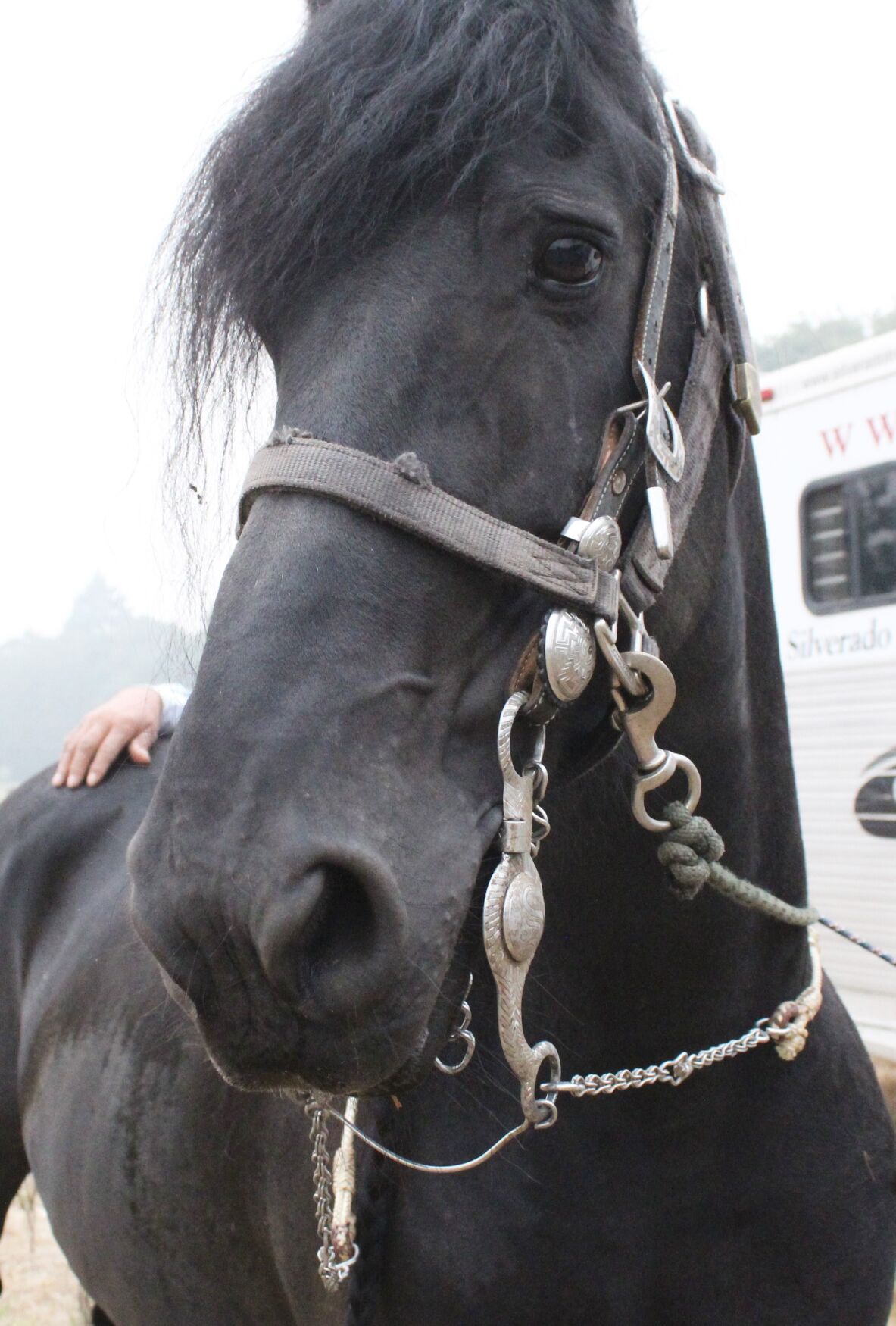 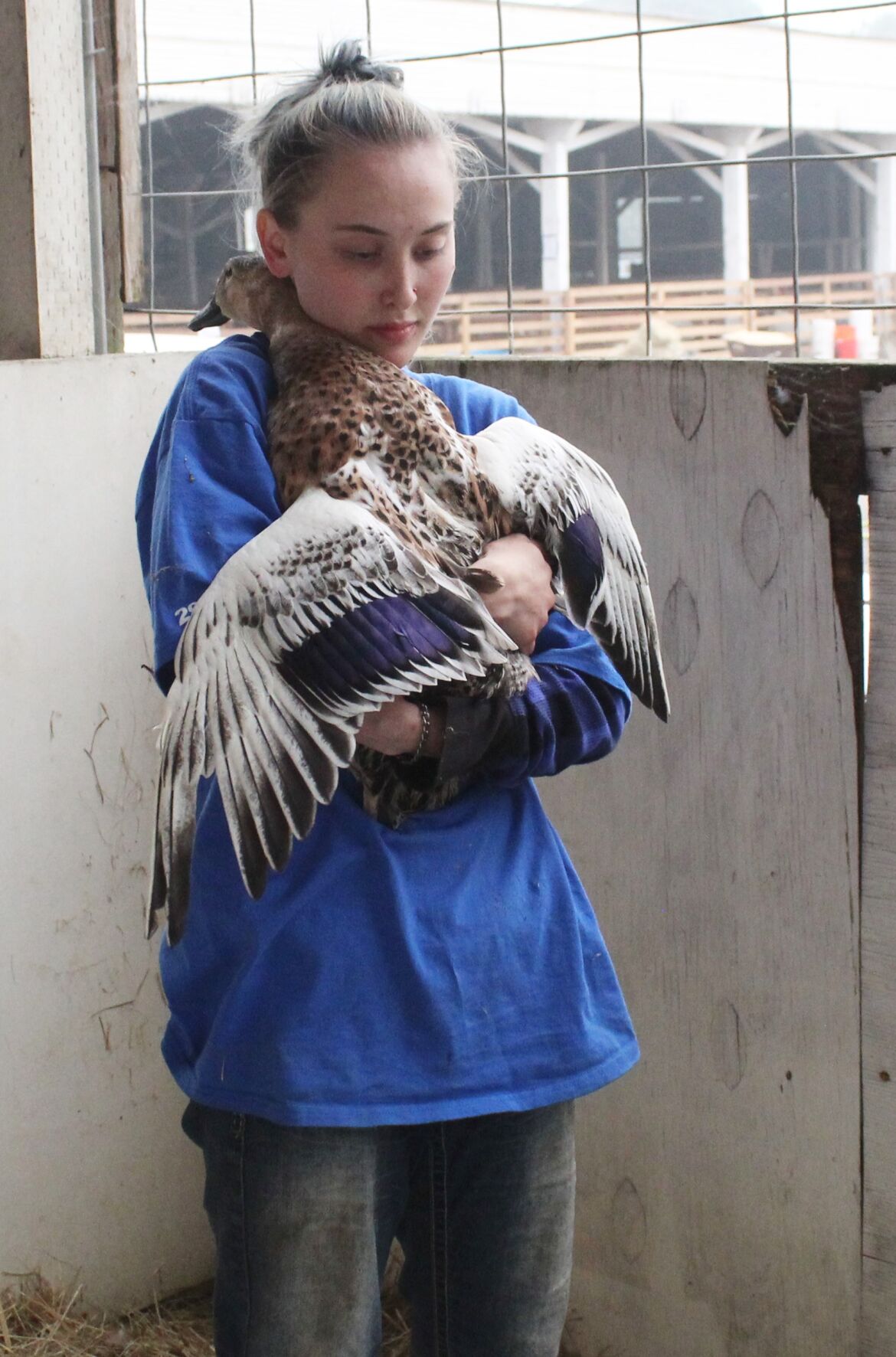 Pedro Muñoz, right, and his 15 horses are among those who evacuated to the fairgrounds.

POLK COUNTY — What does it look like to help our neighbors?

“We already have staff who are sheltering people. The hotel is full because of people who’ve moved out,” Independence City Manager Tom Pessemier told councilors at their Sept. 8 meeting. “The Mid-Willamette Valley United Way is setting up and helping at the fairgrounds. Definitely some people out there who need to shelter.”

A strong east wind storm – rare for this time of year – pushed into the area starting on Labor Day and fed fires that had already started in the region. The Beachie Creek and Lionshead fires converged in the Santiam Canyon east of Salem, destroying or causing heavy damage to the communities of Detroit, Mill City, Gates and Scotts Mills. Then came the smoke, which drifted from the east starting Monday, painting the sky an eerie orange color and rained ash on the Willamette Valley.

The fires caused massive evacuations and some of those escaping the fires came to Polk County.

“If you have the ability or the time or the means to help out, please look around and find a way to do that,” Pessemier said. “(There are) definitely people whose lives have been disrupted who I would consider our neighbors — especially in Marion County. if we can help them out, we will.”

Given the smoke and the hazardous air, Councilor Shannon Corr asked if there was anything they could do for the homeless population.

Pessemier said they had reached out to the county regarding options.

“People just started calling and asking us if we could provide space for animals. We said yes and started setting up pens,” Andersen said. “We haven’t quit since.”

It is the most use the fairgrounds has seen in the days of the pandemic.

“We couldn’t have a fair, but we sure can have animals now,” Andersen said.

She said the fairgrounds is being used to house animals, but human evacuees are staying there as well.

“We aren’t really taking people here. That’s Red Cross’ deal at the state fairgrounds, but there’s a lot of people here who don’t want to be separated from their animals.”

She said the support from the community has been overwhelming. From local feed stores to restaurants to citizens willing to volunteer or donate supplies, Andersen said the response has been phenomenal.

“People just have been overwhelmingly generous. So, we are just taking names of what people have and when do they want to donate because we don’t know how long this is going to last,” she said. “Everybody has been so great. I just want people to know how great this community has been. I sent out a request for pillows, and within an half an hour, I had more pillows than I knew what to do with.”

If you would like to donate to animals or people at the fairgrounds, call 503-623-3048 to see what the current needs are.

Andersen said some of the families at the fairgrounds have just what they brought with them.

“A lot these animals barely made it out,” she said. “I have a group of 28 dogs, and as they were piling in their dogs and trying to leave, the back of their house was on fire. They have nothing. They came with nothing but the clothes on their back and their dogs.”

Polk County Family & Community Outreach staff has been on site to help sort donations and find out what everybody needs.

“We’ve had great volunteers,” Andersen said. “We never have enough volunteers. But we ask them to go to the Facebook page for (Polk County) Service Integration,” Andersen said. “Then they can sign up and tell what they are good at and when that is what we need, we can click right on that and get their phone number. That’s what has been helping the most.”

Evacuee Katheryn Boyce, from Scotts Mills, said she’s trying to help others staying at the fairgrounds, even as she and her family care for the 43 animals they moved from their home to Polk County on Tuesday.

“When we got out, we were told that the fire was 10 miles from our house,” Boyce said. “We were cutting it close because it was super smoky and we were freaking out. But we ended up getting all of our animals out. We live between two fires that are burning towards us.”

Her family of five, and their goats, ducks, sheep and miniature horses made their way to the fairgrounds.

“We heard about one place, but when we called them they said that might not have enough room for all of our animals, so we came here,” Boyce said.

Her grandma and aunt were allowed to go back home to see what happened to their home.

“We were told the fire is a mile and a half from our house now,” Boyce said.

She said they could hear falling trees and firefighters cut them down.

“It’s just over the ridge,” she said of the fire. “I’m doing as much as I can to keep busy. Kinda keep my mind off of it and helping anyone here who needs help.”

As of Saturday, Hidden-M-Ranch, just outside of Dallas, is housing 26 horses and eight dogs.

“We usually have 25 of our own because I have a boarding facility,” Dakota Hunt said. “And we have our own 8 dogs. Everyone is doing really well.”

The dogs are in stalls, she said, because they have to be kept separately.

“Owners are trying to come out as much as possible,” Hunt said.

Many of the owners are staying at the state fairgrounds, though, so they are not able to make it out to the ranch very easily, she said.

“When we heard about the fires Monday evening, I made a post on Facebook that we are able to haul and go where is needed. And I have room for over 20 horses,” Hunt said. “I have a huge outdoor and indoor arena. Boarding horses are outside and we have a ton of property. I was wanting help wherever I could.”

While she was quick to offer help, she didn’t really know what to expect.

“This is definitely a first time for me,” Hunt said. “My family and I have owned the ranch for almost 30 years. We have a whole crew that’s been amazing.”

Somewhere between 15 and 20 people, make up that crew of regular helpers. Her husband took a week off from work, her parents came in from Arizona to help and friends have been stopping to help and bring food.

In addition to hauling and caring for animals, Hunt has had to adjust some of her usual routine because of the smoke.

Normally she takes her two-month old daughter with her to do chores, but for now her family is caring for the little one in shifts.

“I’m not used to not having her with me,” Hunt said.

It’s been stressful just making sure everyone is taken care of, she said.

“I have a ton of friends who have been hauling horses too,” Hunt said. “When I can’t haul, I send them out. It’s been really great having such a connection with everyone in our community.”

The Woods Equine on Enterprise Road, Chase’s Barn in Independence and Dodson Ranch are just a few of the others who have hauled animals and opened their spaces to help evacuees.

“It seems like everyone is doing good with hay and feed,” Hunt said. Anderson Hay and Grain, Farmers Direct, Inc., Old Mill and Ag West have donated to Hidden-M-Ranch, she said.

“We’ll house them as long as it’s needed,” Hunt said.