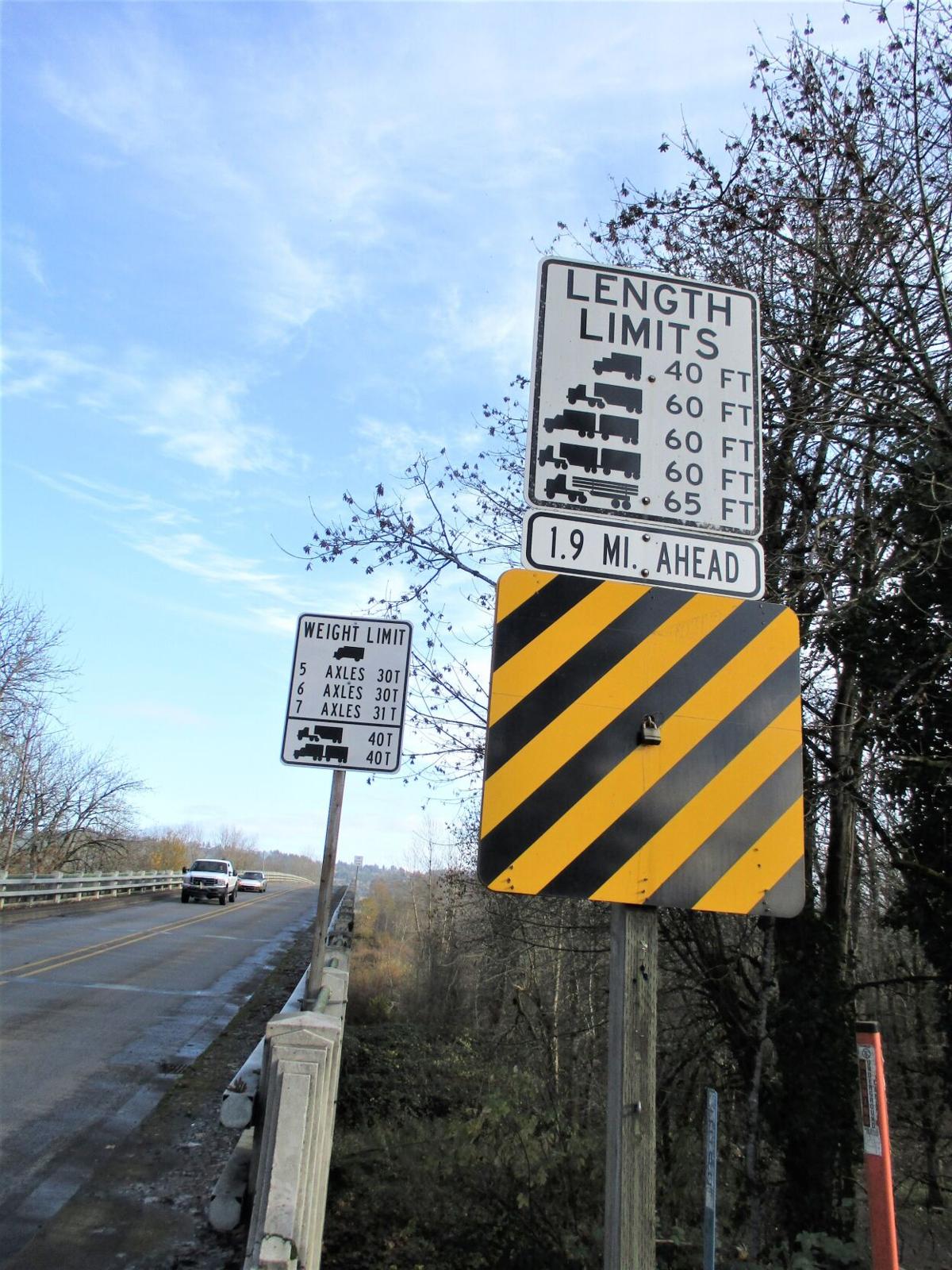 A view of signs showing bridge weight limits near the foot of the Independence Bridge on the west side. 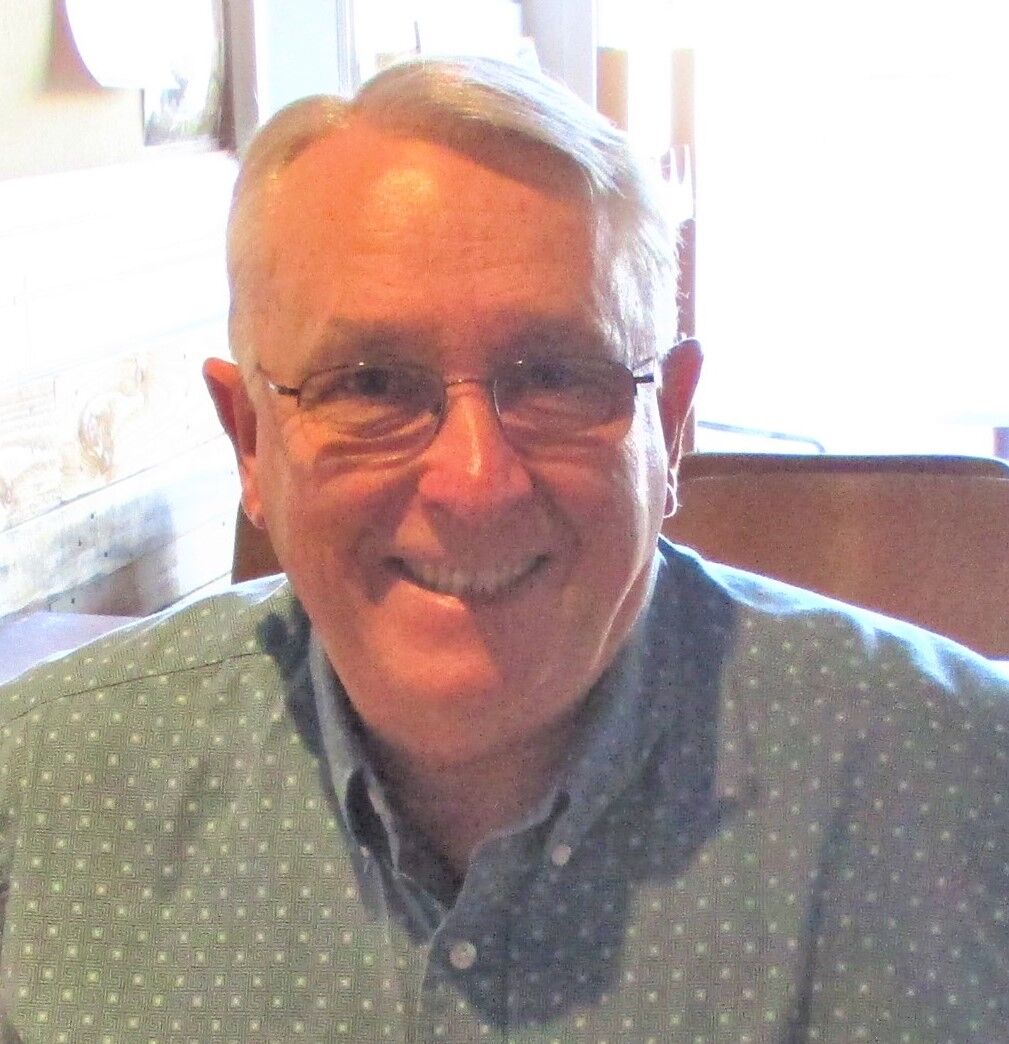 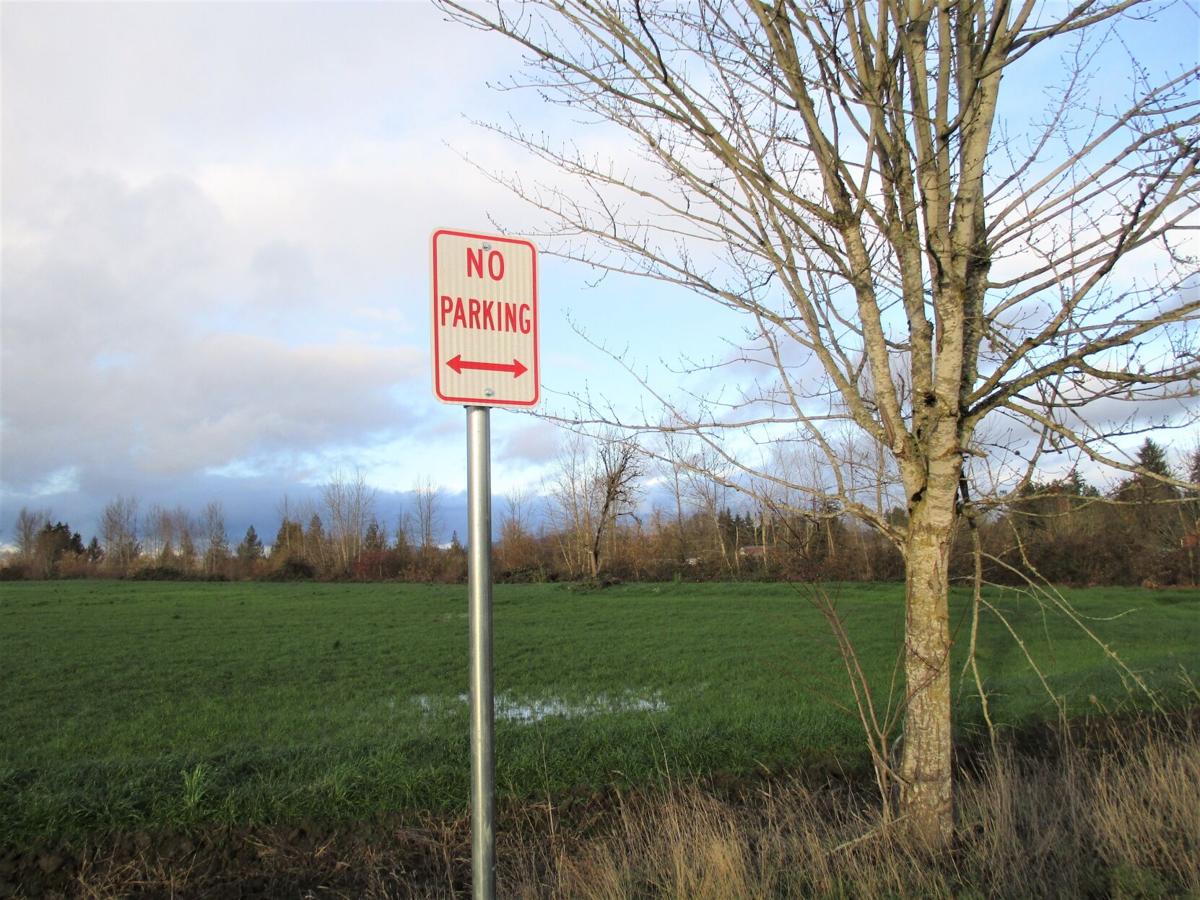 No parking signs on Stryker Road

A view of signs showing bridge weight limits near the foot of the Independence Bridge on the west side.

No parking signs on Stryker Road

INDEPENDENCE — When does a difference of opinion between the county and the city become a dispute?

Almost never, or so it seems from recent events. After a traffic evaluation by engineer Todd Whitaker, the public works director for Polk County, was pronounced partly wrong by Fred Evander, planning manager for Independence, Whitaker appeared to regard it only as a signal that the two may need to talk more.

“I am hopeful this can be resolved,” Whitaker said, when asked about an Independence Planning Commission meeting this past spring, where some of his findings about the potential traffic impact from a planned development in the southwest section of the city were downplayed by Evander.

Whitaker, who oversees county roadways, had raised concerns about the number of drivers who might want to go south from a proposed intersection at Talmadge Road — predicting many would be likely to take it straight to Stapleton Road, once the subdivision is built.

“Part of what Mr. Whitaker said was not correct,” Evander told the commissioners. After looking over the trip data, Evander said he was confident some motorists would head north on Talmadge to Monmouth Street, linking to the highway from there.

The only planning commissioner to weigh in during the meeting was Rebecca Jay, who observed that “people are going to figure out pretty quick that they don’t have to go through downtown” in order to go south.

Whitaker said he continues to consider the future traffic pattern “a matter of concern.” But rather than issuing a challenge over it, he helped with Independence’s recent transportation system plan (TSP), as a member of the TSP’s technical advisory committee.

If it sounds like Whitaker is taking a soft-pedal approach to matters of county jurisdiction, it seems that he’s right in line with other county officials.

The responsibility for the oversight, reconditioning and upkeep of roads and streets can sometimes be difficult to discern – county thoroughfares sometimes run right into city streets, noted Polk County Commissioner Lyle Mordhorst, who also serves as the county’s transportation liaison to the Oregon Department of Transportation.

For example, Hanna Road, north of Independence, is mostly in the county. However, a small part of it, a length of about two blocks, is within an offshoot of Independence.

“So, when the county repaved Hanna Road, that small portion was also paved,” Mordhorst said. Such situations are not unique to Polk County, he added.

In its city charter, Independence defines itself as the territory surrounded by its boundaries. However, the Independence Bridge is an iconic example of the questions that can swirl over jurisdiction. Since Independence extended its urban growth boundary, and annexed land around the bridge, inquiries have arisen about cost-sharing in repairs anticipated for the bridge.

“We are currently in discussion with Independence about assuming a portion of the maintenance costs,” said Whitaker.

Polk County’s roadway extends to the center of the Independence Bridge, joining Marion County’s half at the middle. Although Marion County is the lead agency for managing the maintenance of the bridge, Polk County pays some of that expense under an existing agreement with Marion County.

“We’ve reached out to the city, in the hope that we can have a team effort on this,” said Mordhorst.

Independence’s previous TSP – also referenced in the current one – states that “as city limits expand to encompass county road segments, ownership of these road segments is transferred to the city, so the roads may be maintained to urban standards.” The city will simultaneously annex land and the county roads “found within, or bordering, the newly annexed land,” according to the TSP.

However, Independence Mayor John McArdle said he was unaware of “any agreement for the city to own, operate, manage, fund” the bridge – a conclusion also reached by the city’s director of public works, Gerald Fisher.

“At this time, I have not seen any records indicating that the city has jurisdiction or any maintenance responsibility for the bridge, the intersection, or Corvallis Road,” Fisher said. “All of my mapping says that is under county control,” Fisher added.

In fact, the history of the Independence Bridge is a testament to team effort – and it bears witness to an early tragedy, as well.

Nearly 75 years ago, a joint endeavor to replace the nearly century-old ferry crossing was undertaken; Money for the bridge was raised through local fundraising, from state allocations, and by Marion and Polk counties, which both contributed 25% of the cost, according to accounts of the time. By the holiday season of 1950, the bridge was ready for a festive ribbon cutting.

In a special tribute to the bridge’s opening, an article five years ago in the Statesman-Journal looked into the archives of that day, and the report on the death that occurred. The son of Independence founder Henry Hill, Verd Hill, died from a sudden heart attack during that December ceremony, “slumped over in his chair on the dedication platform just two minutes before he was scheduled to speak.”

Recently, a jurisdiction issue unfolded on a smaller scale within the city, when resident Gary Brown inquired about the long-term parking of a large recreational vehicle along the north end of Stryker Road. When the Independence Police Department (IPD) got the call from Brown, the officer sent him to the Polk County Sheriff’s Office instead, presuming that the stretch of street was within the county.

However, upon investigation, it turned out that the large vehicle was within the city’s jurisdiction, confirmed Polk County Sheriff Mark Garton. Towing it could have cost $2,000 to $3,000, he said. But it wasn’t just the potential cost that made his office reluctant to become more involved, he pointed out.

The IPD and the Sheriff’s Office have a good relationship, he explained.

“When something is outside our area, I don’t want to encroach on another (agency’s) area of responsibility,” Garton said.

These “areas of responsibilities,” which are sometimes referred to as jurisdictions, can be confusing to the public, and understandably so, he added. For example, if an incident in Independence demonstrates a need for mental health intervention, it becomes a matter for the sheriff’s office. The mobile crisis team – a deputy and a clinician – is dispatched by the county. “There’s a lot of complexity to this,” Garton said.

In fact, the site that sparked the parking complaint isn’t actually in the city limits, but the road right-of-way belongs to the city, said Independence Police Chief Robert Mason.

“I know this is confusing and has been confusing to the agencies trying to respond to the many complaints.”

The situation concluded in what some neighbors called “a happy ending.” Stryker Road now has a series of no-parking signs where the recreational vehicle once parked, thanks to the Independence Police Department – and to “Citizen Brown,” as he was dubbed by friends for his repeated follow-up on the issue over several weeks.

Asked if the outcome might be as favorable for the Independence Bridge, Polk County Commissioner Mordhorst said he’s hopeful that an amicable agreement between the county and city can be reached.

And, because Independence recently lost its city manager and the police chief is temporarily in that role, Mordhorst said he believes that pressing the issue isn’t as important as giving the city time to adjust to recent changes. He wants to build rapport with Independence, Mordhorst stressed. “I think we have the time to do that,” he added.

Working in tandem on the Independence urban growth boundary – including annexation and jurisdictional matters – apparently is just what the Polk County Board of Commissioners and the City of Independence had in mind 28 years ago, when the two agencies entered into an intergovernmental agreement pledging to have a cooperative process in which jurisdictional issues were reviewed. When disagreements occurred, both the commission and the city council promised to meet to discuss a resolution of the matter.

The 1993 document, which was signed before Mayor McArdle or Commissioner Mordhorst were elected, is included in a comprehensive plan for Independence that was adopted 20 years ago – partially to plan for future needs, including ones of jurisdiction.

States that will be most affected if Roe v. Wade is repealed

Why the Supreme Court decided against vaccine mandate

I think it is great that the jurisdictions cooperate as they do, but just to be clear the arrangement is anything but one sided in favor of City. Have you ever wondered where the road taxes are collected versus where they are spent in Polk County, or most any other county? I think it is likely that a fair analysis would find that the lion’s share of city collected property taxes are spent on non-city roads in the county. So certainly there is good reason for the county to collaborate with the city given how much the cities contribute to county roads.