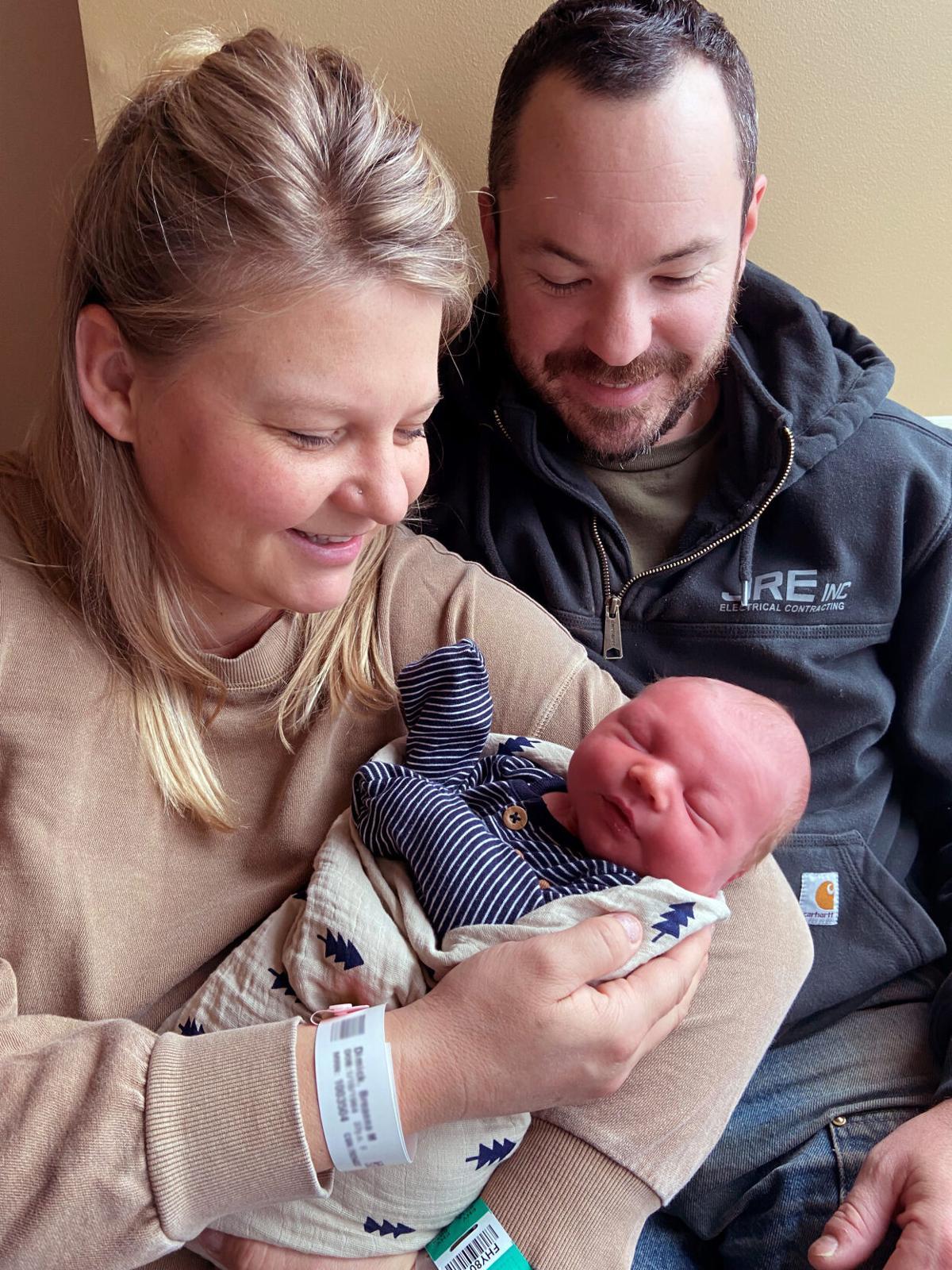 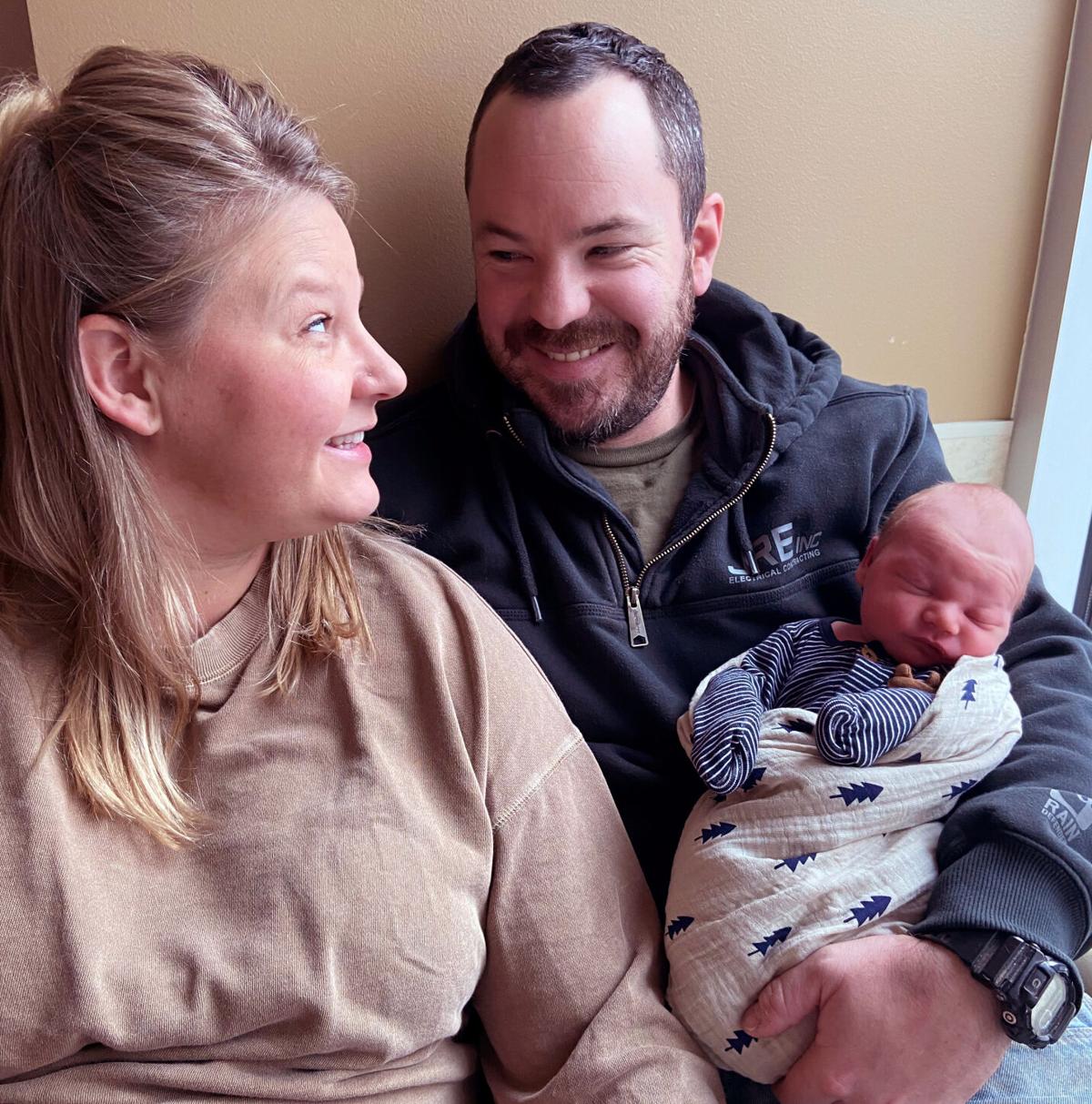 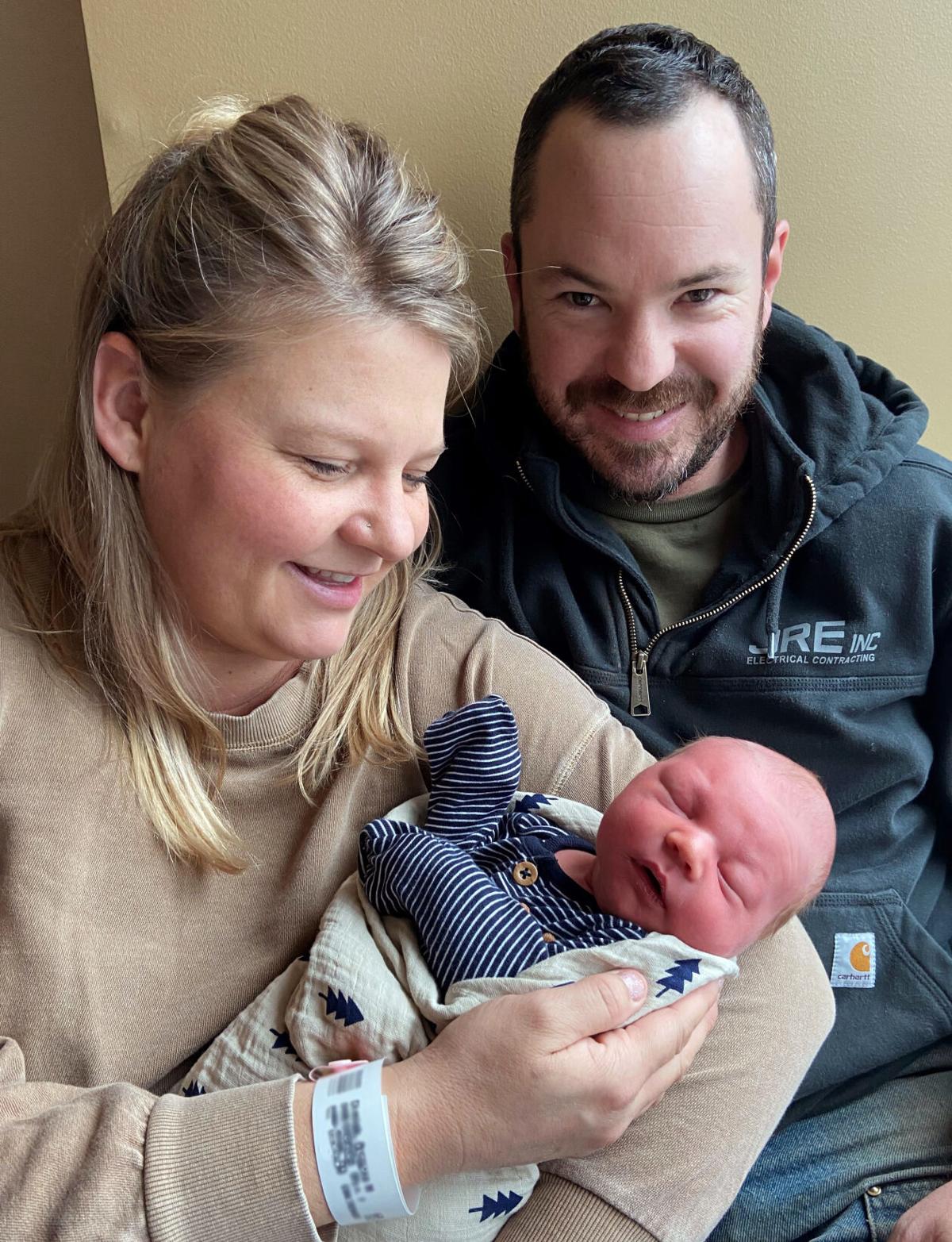 DALLAS — Nicknamed “Little Bear,” James Wayne Dimick arrived at 12:21 a.m. on Jan. 1, the first baby born at Salem Health Birth Center in 2022. Proud parents Annie and Matt Dimick of Dallas were on their way to a New Year’s Eve party but made a stop by Salem Hospital instead where they would meet their 7-pound, 14-ounce baby boy a few hours later.

“Because of a rare condition I had, we were worried about preeclampsia so we came in before the party at 6:30, just to check things,” Annie said.

At the hospital, the baby’s heart rate was fluctuating so a C-section was planned for 10 p.m. Annie and Matt had kept their baby’s gender a surprise so Matt was the first to exclaim “It’s a boy!” in the delivery room.

Annie will resume her house painting/consulting business in February while Matt, a veteran who serves in the National Guard, works as a forester.

James Wayne (a middle name he shares with both Annie’s and Matt’s dads) will soon be tucked into a 100-year-old family bassinet now serving its fourth generation.

Biden seeks reset after week of bruising setbacks in Congress, courts, pandemic, economy & around the globe