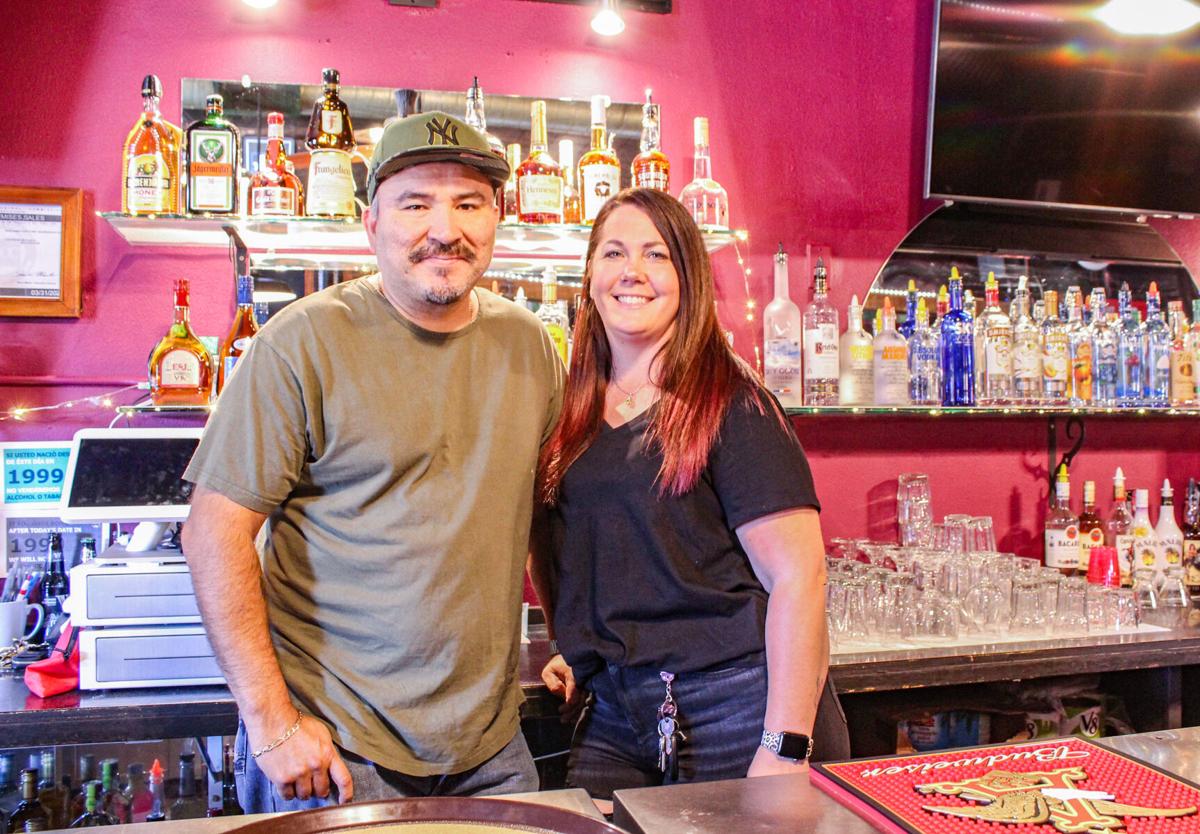 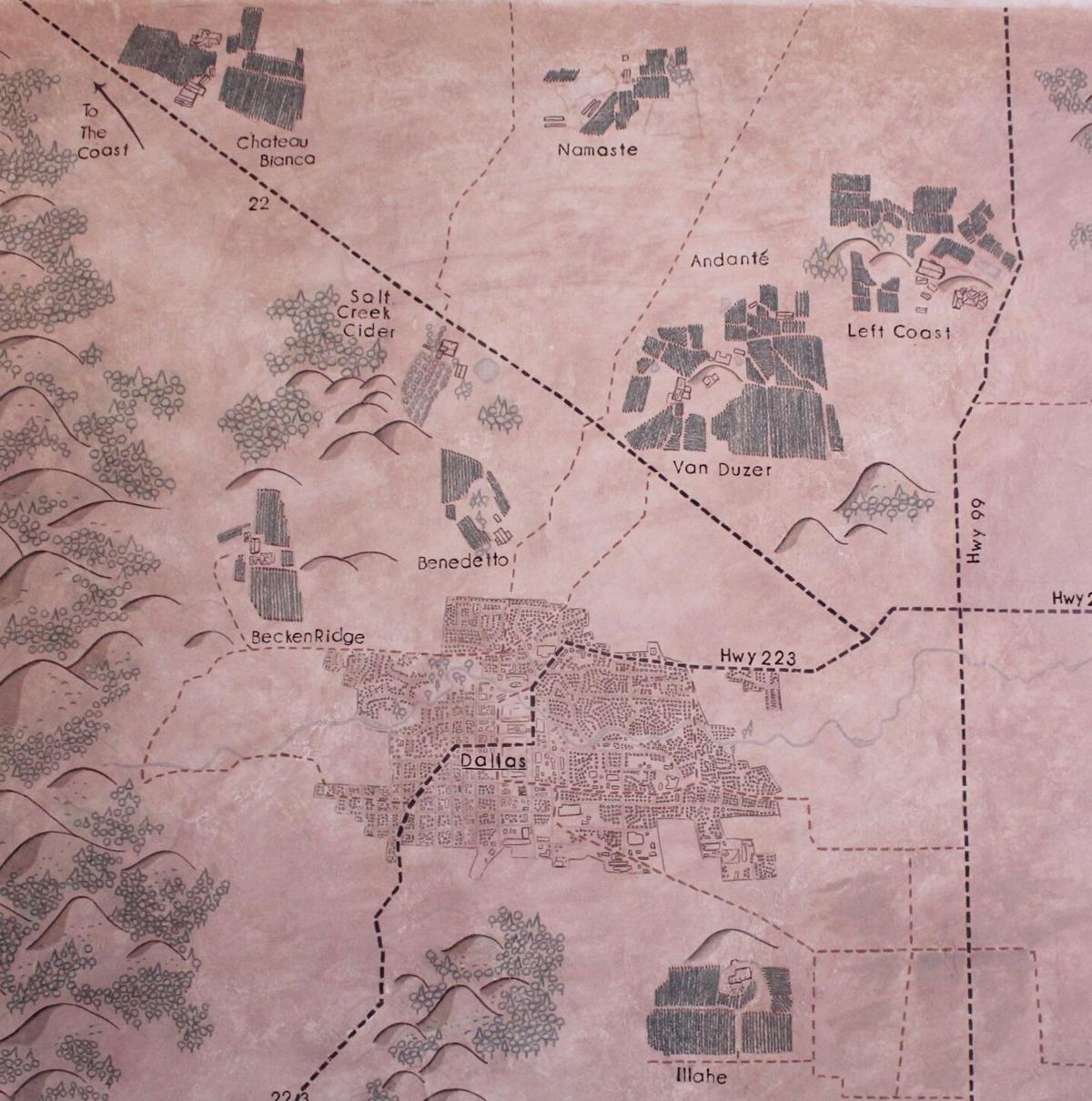 A mural shows the vineyards at Radius in Dallas.

A mural shows the vineyards at Radius in Dallas.

DALLAS — The COVID-19 pandemic hasn’t stopped what is developing into a business boom in Dallas over the last few months.

Several new businesses have opened or are scheduled to open soon, and another has changed ownership.

New owners Walter Rabanales and Erin Brazil said the pandemic stalled their plans, but ultimately didn’t discourage them from taking on what Rabanales describes as his “biggest goal and biggest accomplishment.”

“We signed for this place the week before COVID shut everybody down,” Brazil said. “We just waited it out with everybody else for a little bit. When we started to see that it was opening up a little bit, we got the keys and started putting in some time.”

They began work on cleaning, painting and installing some minor décor and sound system upgrades in June. Sassy’s had already closed before they took over the bar, so they worked on the place a bit longer than they expected. The couple held a grand opening on Aug. 7.

Rabanales, who is a truck driver, but also a DJ and event organizer, said he heard from a mutual acquaintance that the former owner of Sassy’s was looking for a buyer.

“I just couldn’t pass it. I’ve been wanting to own one for a while and I like the town. Actually, I used to come out here a lot. The history of this particular venue hasn’t been bad, but it hasn’t been good,” Rabanales said “They used to have a lot of people in here at one point. I figured I would give it a shot and make little changes to it and hope for the best.”

Court Street has nightly karaoke, and Rabanales said people are slowly starting to check it out — as well as come in to meet the new owners.  Brazil said COVID restrictions are still putting a damper on things, especially the rule that has restaurants and bars closing at 10 p.m.

“What I’ve noticed over the last few weekends is that people come in and they are just getting their groove and having fun, and it’s like ‘OK guys, it’s time to close,’” Brazil said. “We had some really nice nights and then we have to shove them out the door.”

The couple would like to host bigger events — concerts, fundraisers and even a summer block party — once it’s allowed.

In the meantime, the bar hours are 4 to 10 p.m., but that is flexible. If they happen to be at the bar earlier than that, customers are welcome.

“If they come in, we’ll serve them,” Brazil said.

Rabanales and Brazil say they are still learning the bar business, with the help of their customers, who help them set up and provide ample opportunity for them to become better bartenders.

While the name is officially Court Street Neighborhood Grill, Rabanales likes to call it a “friendly neighborhood grill”

“We want to create friends,” Rabanales said. “Our slogan is come as neighbors and leave as friends.”

Also on Mill Street, a few doors down from Radius at the former Courtyard Deli, is a sign declaring that Azul’s Taco House will be opening soon. Azul’s has a location in West Salem, and recently opened another in downtown Salem.

This week is crunch time for Radius Tasting Room, which will feature wines, beer and cider from the local area.  The new venture will host its grand opening on Saturday, fittingly on the same day as the Dallas Wine and Music Market on the Polk County Courthouse lawn.

Jim and Tanya Turner decided to open the tasting room while looking for office space for Jim.

“My husband needed an office space, so we were looking around Dallas for different office spaces and we walked in here,” Tawnya Turner said. “This was back in February and we were like, ‘Oh, this would be so cool. But we have to do something up front.’”

“Since BeckenRidge is out of town, we thought we could get more people into a tasting room here rather than out of town,” Turner said.

They did a little research, and found that opening a tasting room in Dallas, which is surrounded by vineyards, is a good fit.

“The name radius tasting room is because we are serving local wines, cider and beer from the Dallas area,” Tawnya said.

Jim and Tawnya have been married for five and half years, and have 10 children between them, many who have joined their parents in the move to Dallas and into the world of wine.

Turner said that the whole thing started when the family decided to relocate to a more affordable area than Tigard. She said the search drifted south the area outside of Salem, and BeckenRidge popped.

She said that seemed like a dream come true, as she has experience in event planning, and the vineyard offered a beautiful venue to base such a business. The couple drove down the next day to check out the vineyard and property. That was in January, and that started the process of them buying the vineyard.

“We saw BeckenRidge and fell in love and we drove around the town and looked at the prices here,” Turner said.

Dallas was far more affordable than the Portland area. Seven of their kids and their families moved to Dallas.

Brandon Meier, one of the couple’s children, will manage Radius, while the family has teams to manage the vineyard and event planning. Turner said while no one in the family have vineyard management experience, the couple’s son. Nathan Hill, is taking classes and learning the industry with the help of Ken Jacroux.

“He actually has journals from the last 20 years or every detail of running the business. He handed those off to Nathan, and Nathan is now continuing that tradition. They are working together this season,” Turner said “There’s a great community of vineyard owners and managers out there that support each other, so Nathan is excited to get involved, learn from other people  and contribute.”

The event business has also kept busy this summer with small weddings, and has several more scheduled. Turner said that couples are holding “elopements,” or very small gatherings and planning bigger receptions for next year.

“The brides love it because we meet as a team and work with their budget and make it happen.”

Turner said she’s thankful the move and business expansion have gone smoothly during the COVID crisis.

“We’ve been blessed that we’ve been able to do that. Our house in Tigard sold in four hours a few months ago,” she said. “Everything has fallen in place for us, so it’s been really good. And we are really excited to be a part of this community.”

Watch what Maine voters are saying about Susan Collins