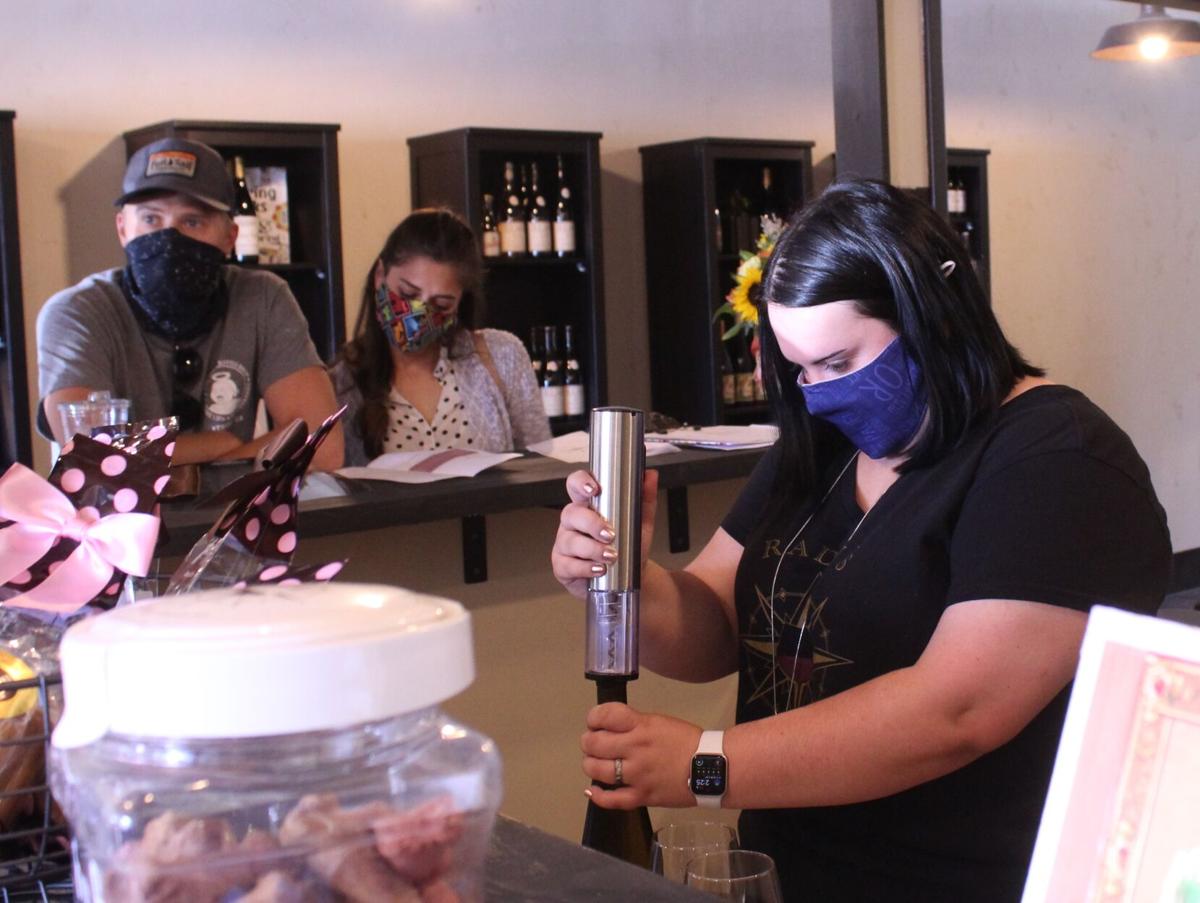 Amberly Hill opens a bottle of wine for a customer at Radius on Saturday at the business' grand opening. 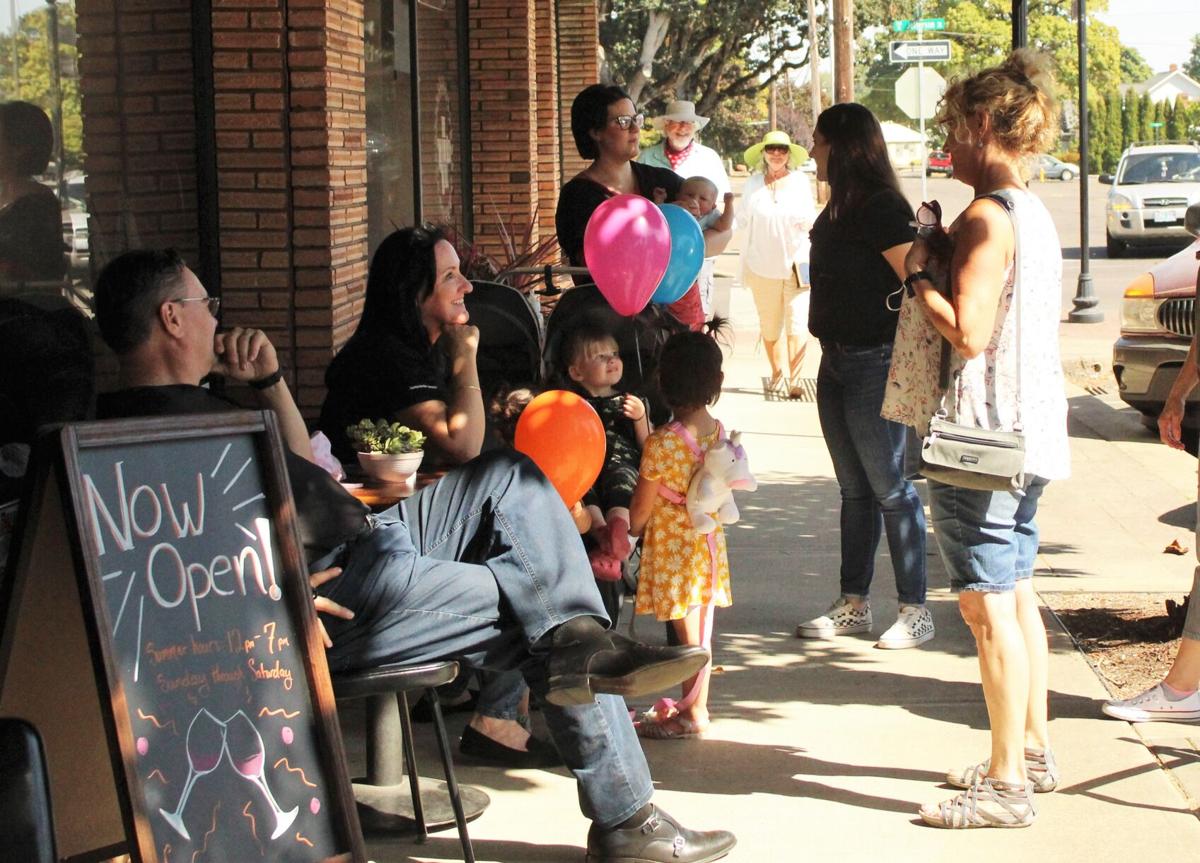 Owners Jim and Tanya Turner sit outside Radius the grand opening on Saturday. 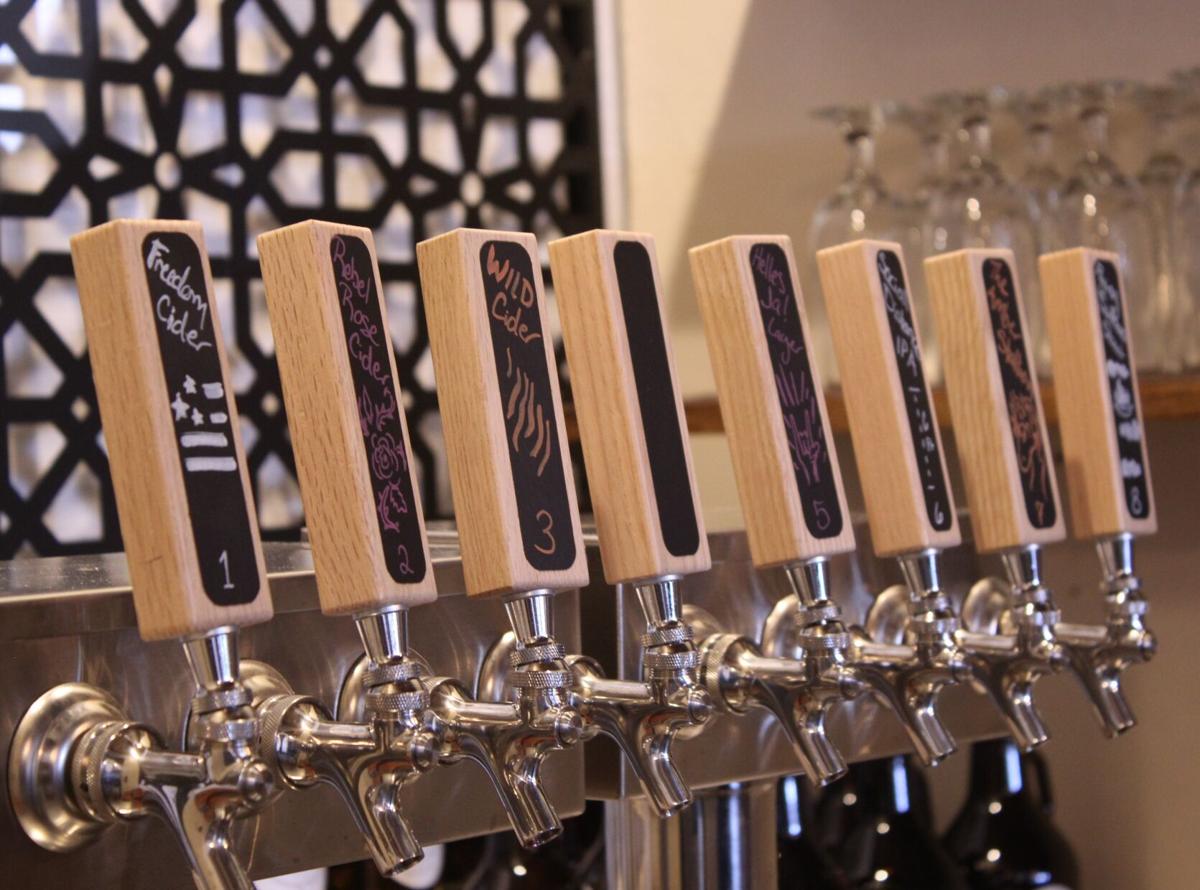 Amberly Hill opens a bottle of wine for a customer at Radius on Saturday at the business' grand opening.

Owners Jim and Tanya Turner sit outside Radius the grand opening on Saturday.

DALLAS — Tourism organizations at the city and state level has long believed that Dallas needed to add wine tasting room in the downtown area.

Dallas is surrounded by vineyards and wineries, so it seems fitting that those visiting Dallas should be able to get a taste of what the region has to offer.

Owners Jim and Tanya Turner, who purchased BeckenRidge Vineyard and event center on Reuben Boise Road outside Dallas earlier this year, said they want Radius Tasting Room to represent as many vineyards in the Dallas area as possible.

Radius held its grand opening on Saturday, the same day of first Dallas Wine & Music Market. The tasting room not only participated in the vino-centric event, but hosted its wine contest on Thursday night and the awards ceremony on Friday. The growers and makers of award-winning wines gathered at Radius for the presentation, and to hear more about the latest addition the Polk County wine scene.

Jim and Tanya brought seven of their 10 children to the Dallas area to help with the vineyard and event center at BeckenRidge. The concept of Radius was developed later, but it too will be operated by family members.

“Our philosophy with this place is we started it with the mind that we wanted it to be a community place and we wanted to highlight the wines of the area, the 97338 zip code,” Jim Turner said. “We want to represent everybody here, and sell the way you want us to sell and never be at a lower price point than you are in your advertised pricing. We are never going to under cut you, and we are never going to sell it in a way that you wouldn’t sell it in your own tasting room.”

He said his family has gone out for tastings to learn about the wines that are sold in the tasting room.

“We ran out of time to actually have each vineyard up to BeckenRidge event center to actually go through everything with us with our staff,” Jim Turner said. “But that is coming. We want to have everybody up to tell us their story, teach us about their wines.”

He said that the tasting room could also promote events at local wineries and host wineries for special tastings.

“We are still in the works on that, but we want you guys to come in and feel at home and present your stuff and get everybody to know you,” Jim Turner said.

Dallas Area Visitors Center Executive Director Shelly Jones said the family has been nothing but helpful with the Wine & Music Market and has gotten involved in the community in the short time they’ve lived here.

“Their guys have just jumped in the community and everything that we’ve needed, they’ve been right there for us,” Jones said.

Tanya Turner said the concept for Radius originated on a search for office space for her husband. The couple was unable to move to the vineyard right away, so they moved into a townhouse that didn’t have space for an office for Jim’s day job in marketing and sales.

“So, we looked at a few spaces around town and came to this one, and wow this is really cool, really interesting,” Jim Turner said.

The next thought was: What could they do with all the space in the front?

“All I needed was an office in the back. We walked in and in about an hour we had a concept, name and what we were going to do with it,” Jim Turner said. “(Tanya’s) an interior decorator, so she already had the vision for it. Then it took us about five months to open.”

Tanya Turner said Radius will offer wine tasting flights and beer and cider on tap as well. For those not yet 21, the tasting room will have root beer from Rogue and other non-acholic beverages available.

Jim Turner said he hopes that everyone who visits Radius will walk away with a little more knowledge and appreciation for the wine growing in Dallas’ backyard.

“What we are finding is that Polk County is the second largest wine producing county in Oregon and very few outside Oregon know what is going on here and we want to be just a small part of making that known,” Jim Turner said. “We are hoping to get at least some more recognition there.”

Biden wants to expand Obamcare, Trump wants to replace it