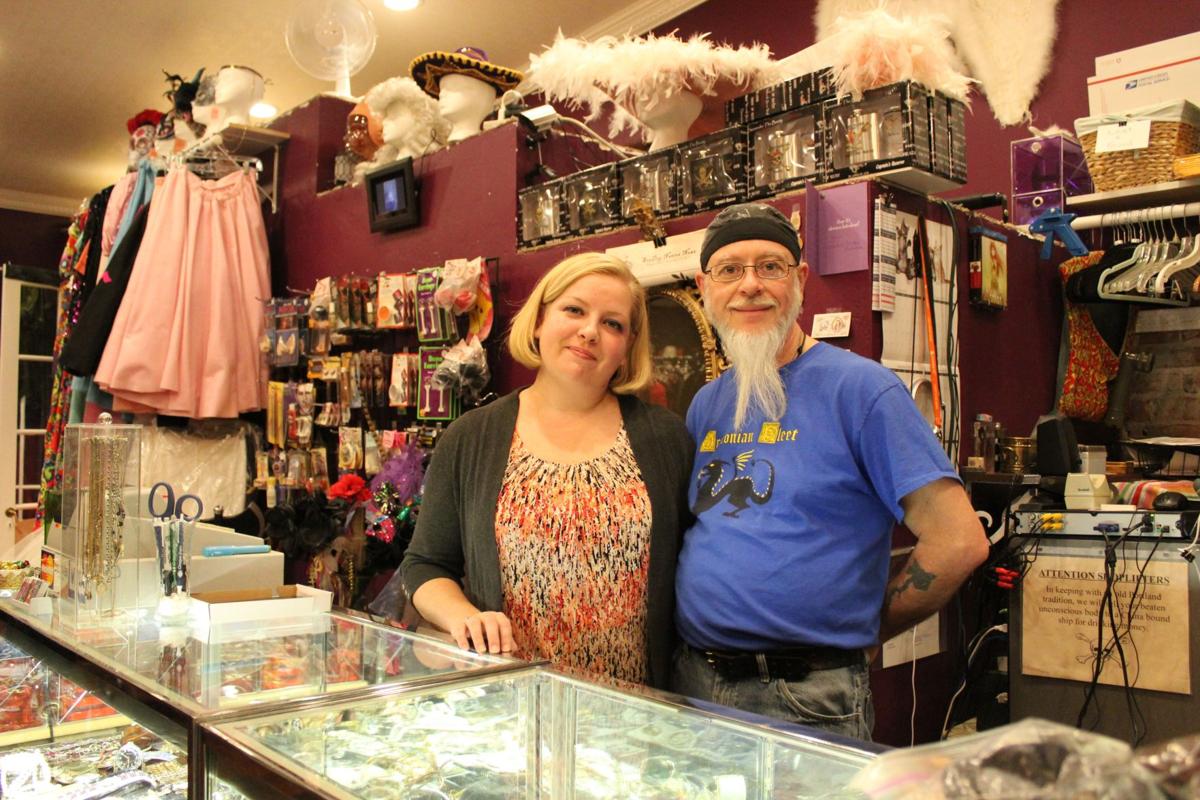 Mary Harper and James Martin run the Dancing Muse costume shop in Monmouth. They offer a variety of costumes, and can help create unique pieces. 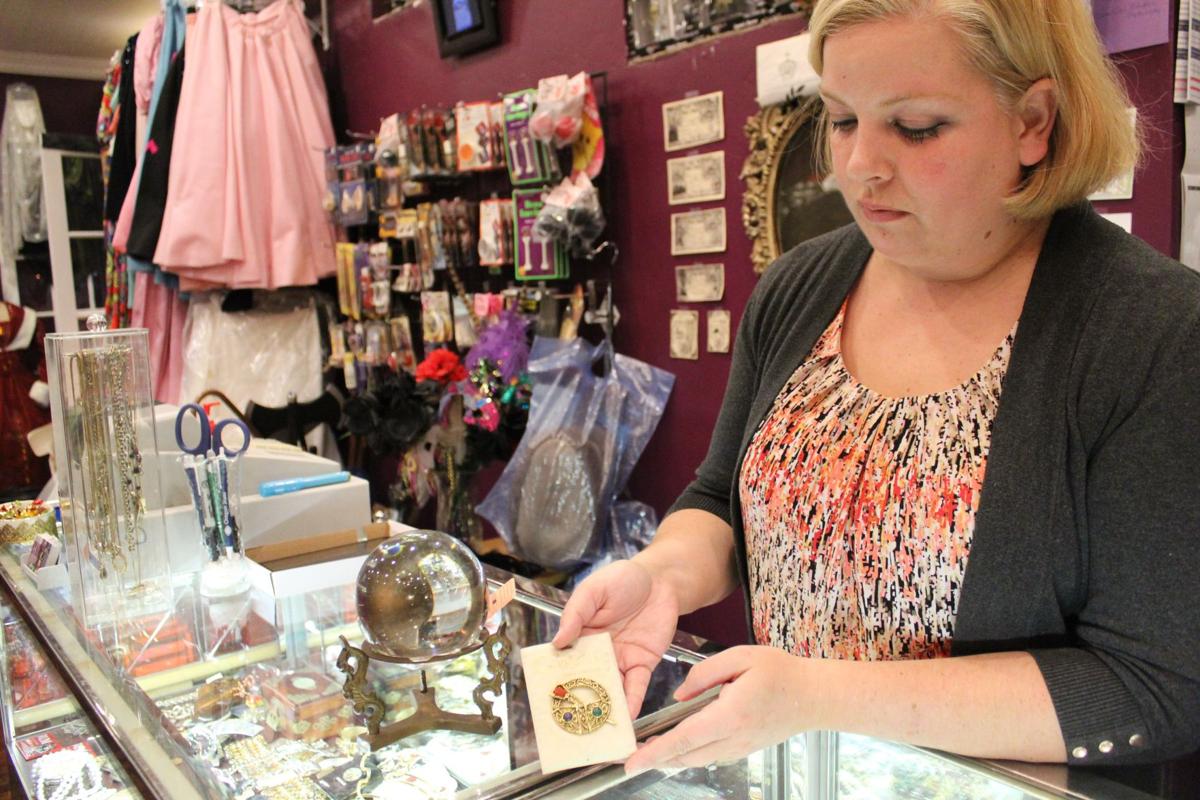 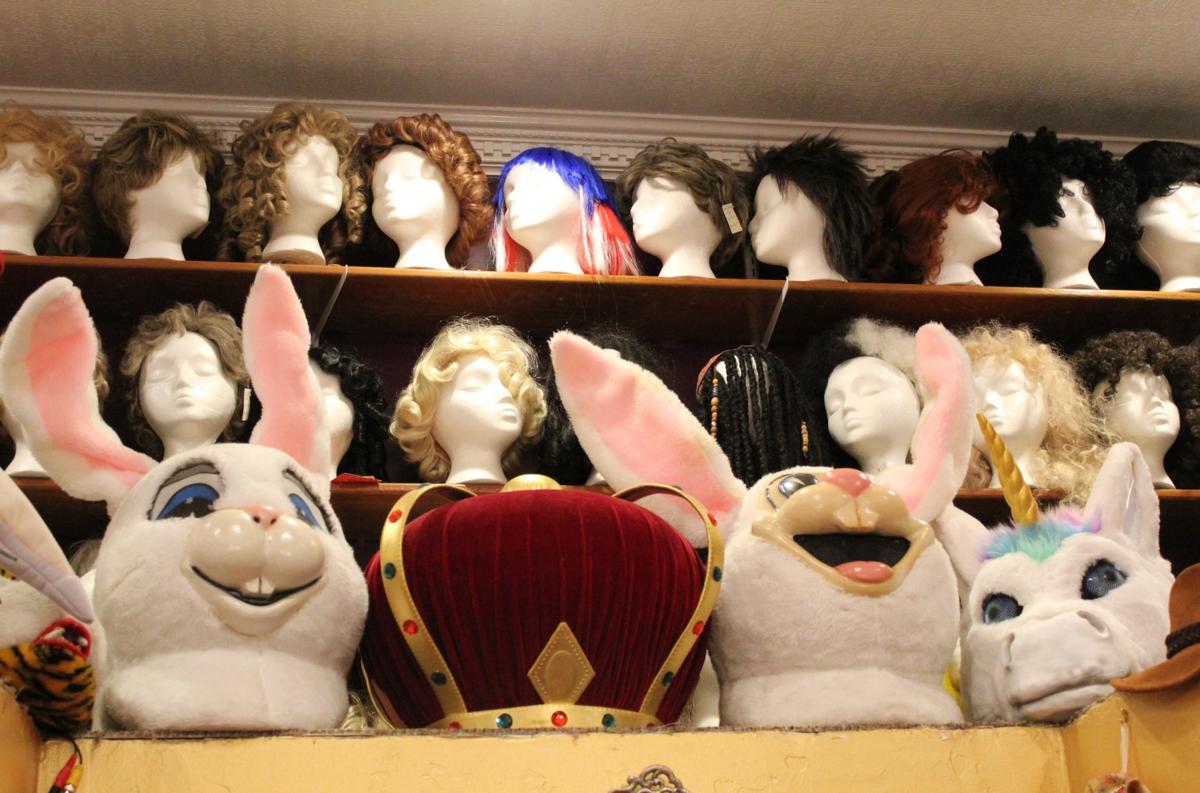 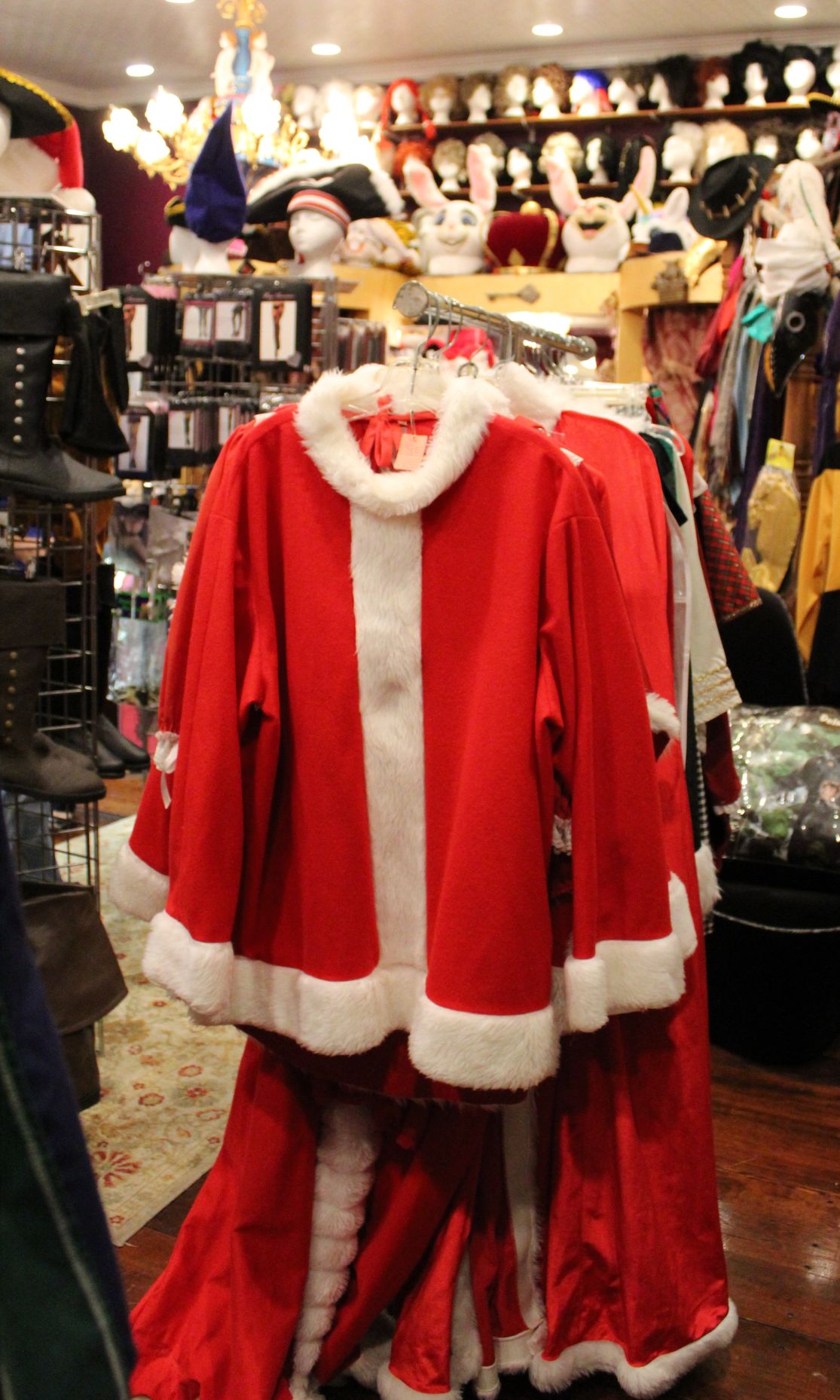 Mary Harper and James Martin run the Dancing Muse costume shop in Monmouth. They offer a variety of costumes, and can help create unique pieces.

“A lot of people don’t know what they want to wear until they watch a movie or a show or read something,” Harper said. “Then it’s tracking down what that person wore. I can dress you like Thor, but I can’t give you six-pack abs.”

One of the padded bellies for their Santa costumes might come in handy for the Thor featured in one of the more recent Avengers movies, though.

While they are new to that location, they’re not new to dressing up or costuming other people.

Martin has participated in pirate festivals for 20 years, and Harper has been sewing for decades.

“I started hemming my own dresses back in the ’90s and I just never stopped,” Harper said.

“But I was still my unit’s go-to person for sewing on patches and name tapes,” Harper laughed. “That’s just kind of what I did, without the Bedazzler, because you know they wouldn’t have liked that in the service.”

Both Harper and Martin are Army veterans.

When she got out of the service, Harper tried her “abilities in the medical field for a little while” but found it wasn’t a good fit for her.

At a pirate festival Harper and Martin attended, she saw a need for certain types of clothing.

“It was basically, ‘It’s 100 degrees in the day but at night I want something that’s going to keep the wind off of me and the bugs off of me,’” Harper said.

She got some lightweight material and made some capes.

“The response was good,” she said. “They bought it, and it just kept evolving from there.”

Dancing Muse’s tagline, “We dress naked people,” is a reference to the pirate festival world.

They have everything from era-specific costumes to comic books and science fiction characters.

Harper said they get their costumes from a variety of places.

“Some of these pieces are found at flea markets, but a lot of them are actually handmade,” she said.

Some are left over from the previous costume maker.

Harper said her coup de grace is a Padmé Amidala costume from Star Wars: Episode I, complete with headdress.

“There’s nothing that you can’t do with a bit of glitter and a Bedazzler,” Harper said.

Showing the accents on one of the dresses she worked on, Harper said she used a Bedazzler for part of it and colored glue in the glue gun.

“You don’t want that milky mod podge look,” she said. “I wanted to stick with something you would want to see.”

She said sometimes people set out to make their own costumes.

“A lot of people look at a pattern and say, ‘This would look pretty,’ but it’s a lot of painstaking labor to put together something that requires a lot of know-how. It’s cheaper for them to go out and buy something,” Harper said.

Harper and Martin try to stock a variety of costume sizes, including plus sizes.

That size selection extends to their assortment of hosiery.

They hope people will enjoy the experience of putting an outfit together, and sometimes that takes time.

“This isn’t like a convenience store where you can walk in and 15 minutes later walk out,” Martin said.

And it’s a different experience than shopping online or looking at packaged costumes.

“You’re going to be able to feel the fabric and look at something and hold it up,” Harper said.

They said emailing also is a good way for customers to ask for help putting something together.

“That’s better than spending two hours searching on Amazon for something that may or may not fit you,” Harper said. “If you have faith, we have costumes.”

Texas mayor on Trump's coronavirus claim: It makes me angry