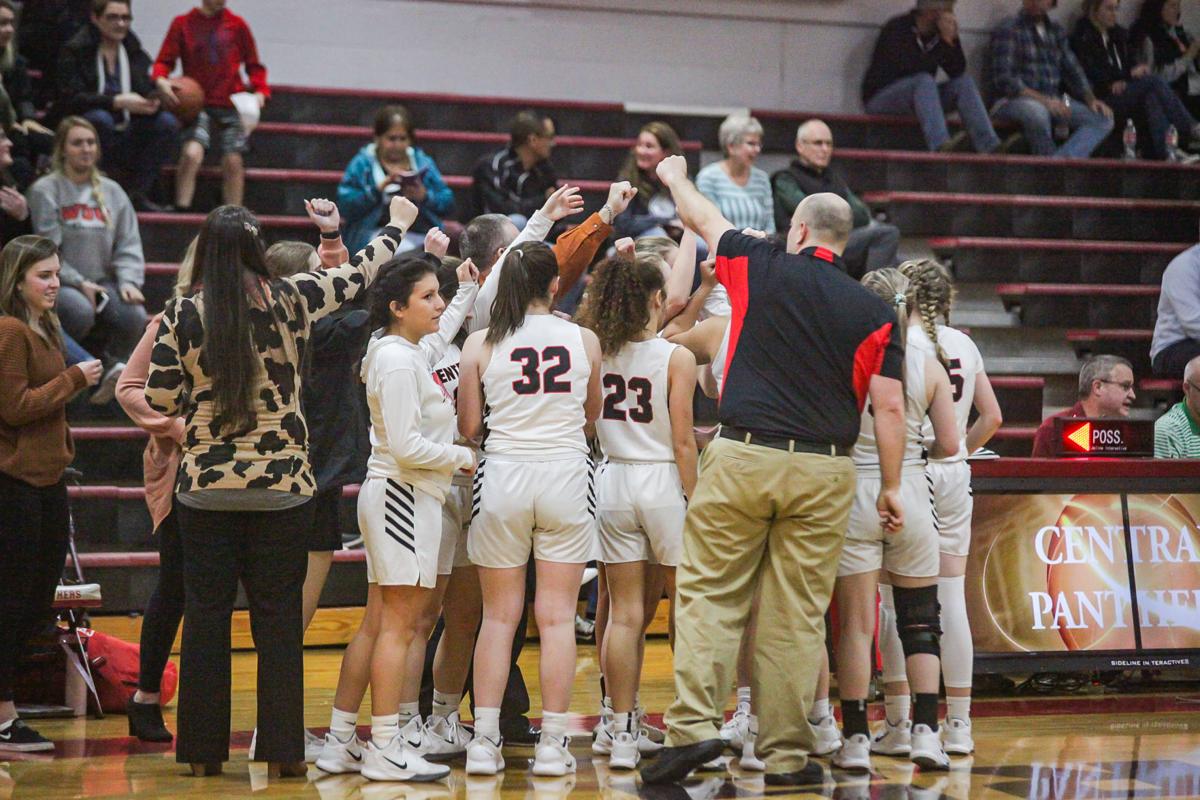 After suffering a rocky preseason, the Panthers girls basketball team is climbing the ladder in league, most recently defeating Lebanon on Jan. 21 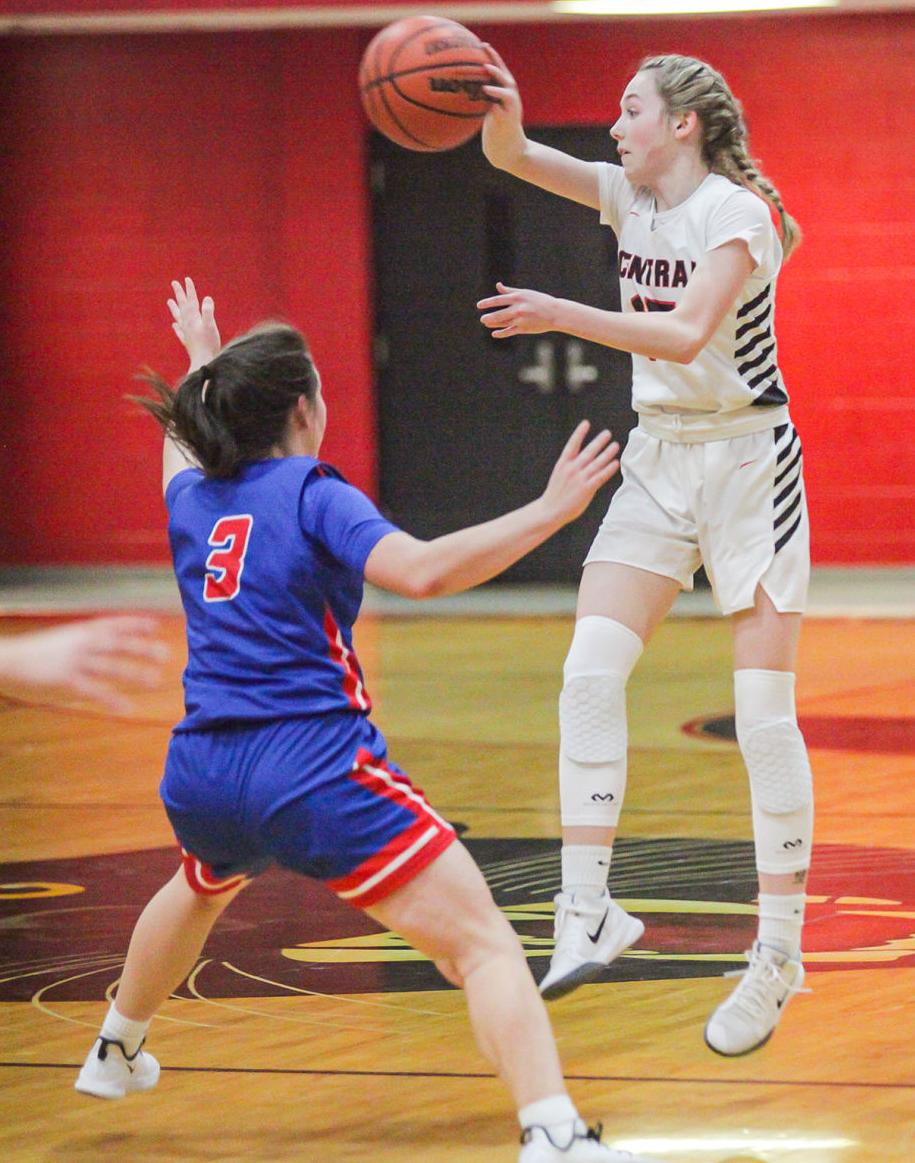 Freshman Sadie Wendring looks for an opportunity to pass the ball.

After suffering a rocky preseason, the Panthers girls basketball team is climbing the ladder in league, most recently defeating Lebanon on Jan. 21

Freshman Sadie Wendring looks for an opportunity to pass the ball.

But it did, coming out on top against the Warriors, who are ranked No. 3 in league, in a nail-biting, sit-on-the-edge-of-your-seat fashion.

“We came out strong, and we knew that Lebanon was a very good team, and so we were very unsure of how the game was going to go,” said senior Abygayle Mabry.

In the first half, the Panthers (7-7 overall, 4-2 Mid-Willamette Conference) established an early lead and defended it, going into the locker rooms at halftime up 32-16.

It seemed like smooth sailing for the girls as they opened the second half — until trouble came in the final two minutes of the game. The Warriors (7-5, 3-2 MWC) were catching up to the Panthers, and after a few free throws at the penalty line, they took the lead for the first time in the game, 51-50.

A Lebanon foul against senior Meagan Mendazona sent her to the line, where she was able to reclaim the lead, and for the next 42 seconds the Panthers were able to hang onto that until the buzzer rang out, along with a palpable sigh of relief throughout the gym.

The Panthers did it.

“The girls played really tough, they wanted that win, and it was a good game for us,” said head coach Marc Burlson. “They were ready to play and jump on the floor, and we battled really hard tonight.”

The team has gone from the bottom of the league in the preseason to now claiming the No. 4 spot in league, and Burlson is pleased with the team’s efforts — and progress.

“We put stuff out in front of the girls to try and prepare them for each game, and they just eat it up, they want to get better,” he said. “And that’s great as a coach — they just want to keep getting better and better. We still have to learn little things down the stretch, but they’re getting there. I can’t ask for a better team at this point.”

Mabry said the team has a good bond this year — and it shows in the team’s chemistry and its support of one another on the floor.

“We all enjoy each other,” she said.

Another part to the team’s slow climb up the league ladder is buying into the program — and Burlson’s vision for the season.

“We weren’t sure what to expect, because everyone looked at us as being at the bottom of the league,” Mabry said, “and only Meagan (Mendazona) and Kennedy (Kantola), for the most part, have varsity experience, so we were all unsure, but … Coach has worked with us very much; he’s very smart and a good coach.”

She said she misses Julie McDonald, who was the head coach of the program for 11 years.

“I miss her, but I think a change was very good for the program, and seeing her in the stands is always so much fun.”

Mendazona hit a double-double for the night with 18 points and 10 rebounds; freshman Sadie Wendring added 14 points with five rebounds, and junior Kennedy Kantola put in 12 points with three rebounds.

On Thursday, the Panthers came away with another victory. a 54-42 win at South Albany (7-7, 1-5 MWC). There, Mendazona grabbed a triple-double, with 26 points, 17 rebounds an 10 steals. Mabry put in nine points and four rebounds.