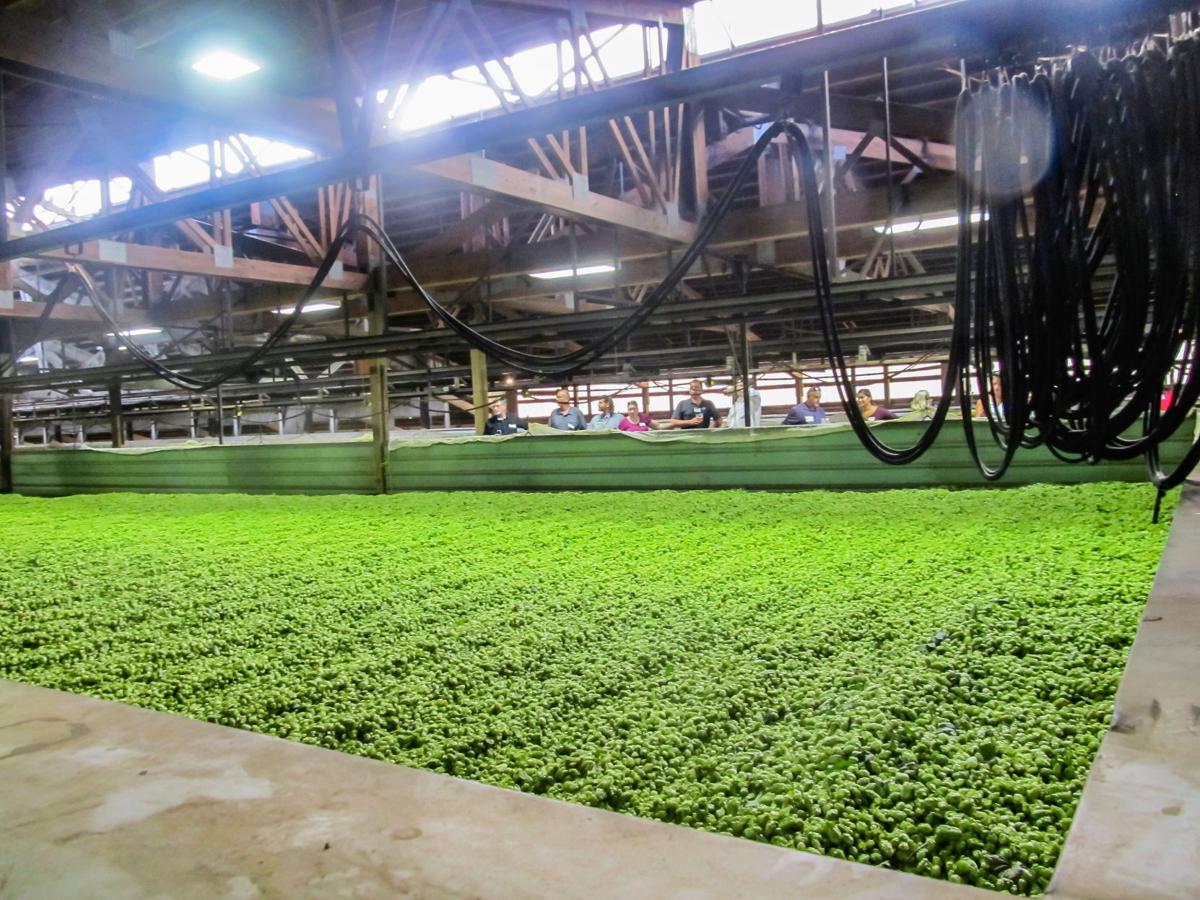 Hops dry at a high temperatures at Rogue Farms. 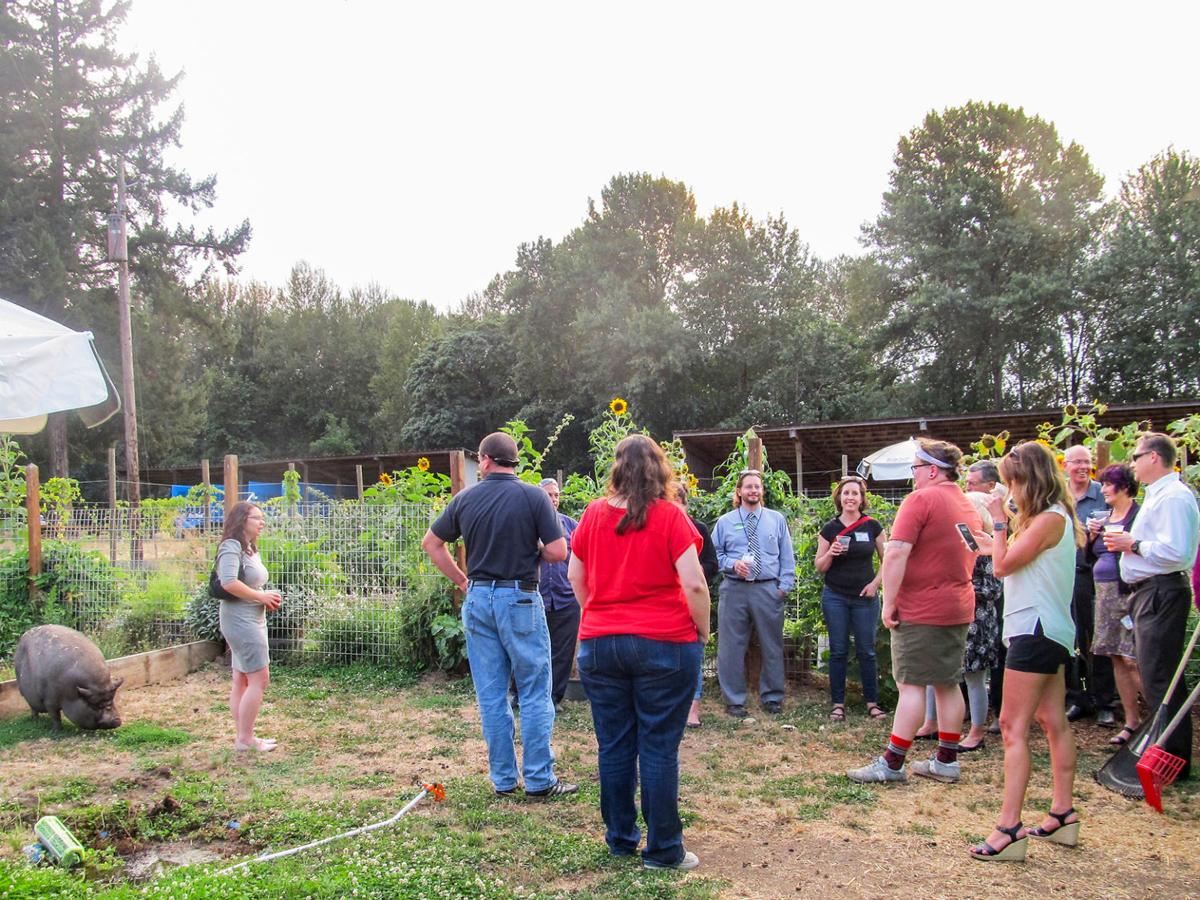 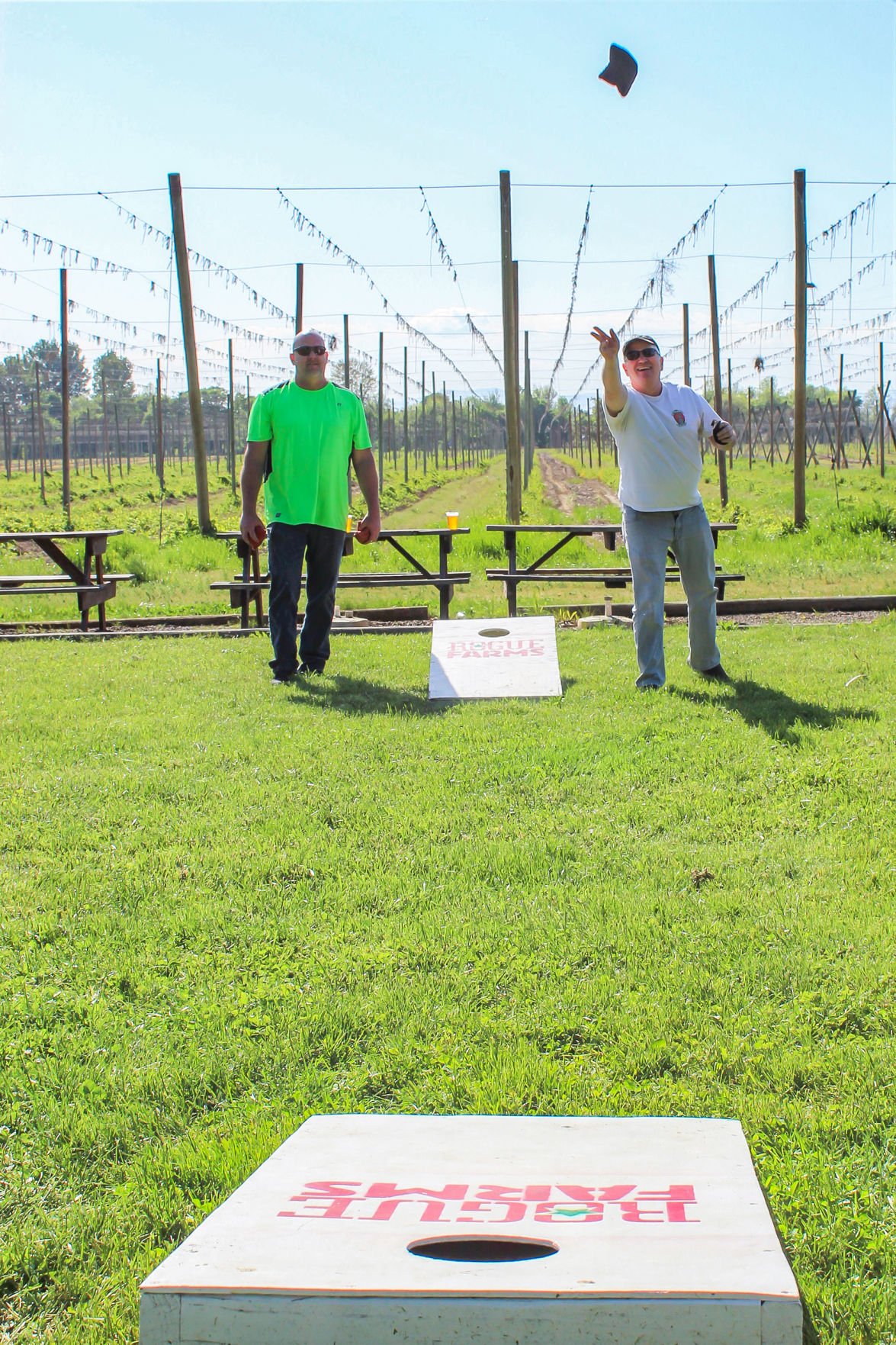 Hops dry at a high temperatures at Rogue Farms.

INDEPENDENCE — Rogue Farms in Independence is a destination for anyone who loves beer, likes to learn how things are made, or just enjoys a beautiful setting.

“It’s a dead-end road of a farm, and we’re surrounded by the river and wildlife and greenery and fresh air, and it’s a really lovely drive coming in,” said Ally Ward, Rogue Chatoe manager. “It’s hard to have a bad day out here.”

Tours of the farm start Memorial Day weekend and go through the end of September.

“(Guests) can expect a total ground-to-glass experience,” Ward said. “I want people to see just how much work goes into the beer they’re drinking because it’s a year-long experience. In the spring we’re hanging the coir, which is the twine the hops grow up on. We’re training the hops before they actually start growing, and then we’re harvesting them.”

After harvest, those hops are transported, it’s an “insane amount of work” that affects all breweries, not just Rogue, Ward said.

In addition to hops, marionberries, jalepeños, and other ingredients, Rogue Farms has an experimental garden — Revolution Garden.

“Our brewers will contact us and let us know if there are ingredients they’re curious of trying,” Ward said. “We can grow small batches of it here and they can test it. If it’s something they like and they can use, we may not grow enough to supply the capacity that we’re brewing beer at, but it inspires the flavors of the beer that we make.”

Brewed with strawberry and rhubarb, the sweet and tart Rhubarb Schmubarb is Rogue’s spring offering. It’s available through June 4.

“The summer one is going to be a marionberry sour,” Ward said.

Guests can sample and buy those beers and more at The Chatoe Tasting Room, which also has a limited food menu.

This year, for the first time, The Chatoe will be able to use some of the ingredients grown in the garden on the menu.

That includes hot peppers, kale, basil, rosemary, and a variety of berries.

In July, the marionberries will ready for U-picking, which the farm offered for the first time last year.

“We pickled some hop shoots this year,” Ward said. “The first growth of the hops, they have to be trimmed, and so those are edible. We just cut the tops of the hops off on their first growth and we pickle them so we can eat them. We’ll probably throw those on the hummus plate.”

Ward said Rogue Farms is a dog-friendly, family-friendly place where guests can hang out for a few hours and enjoy good food and beer.

They have outdoor seating and lawn games, including giant Scrabble.

“I want people, (if) they’re a novice to beer, to learn about the ingredients that go in their beer and the work associated with that,” Ward said. “But I also want people who are just obsessed with beer and want to learn more to gain a new insight into the ingredients of what they’re drinking.”

Tours: From Memorial Day through September, at 1 p.m. and 3 p.m., Saturday and Sunday

NM: PAY "WHAT YOU CAN" FOR CHRISTMAS TREES

50 fascinating facts about the internet