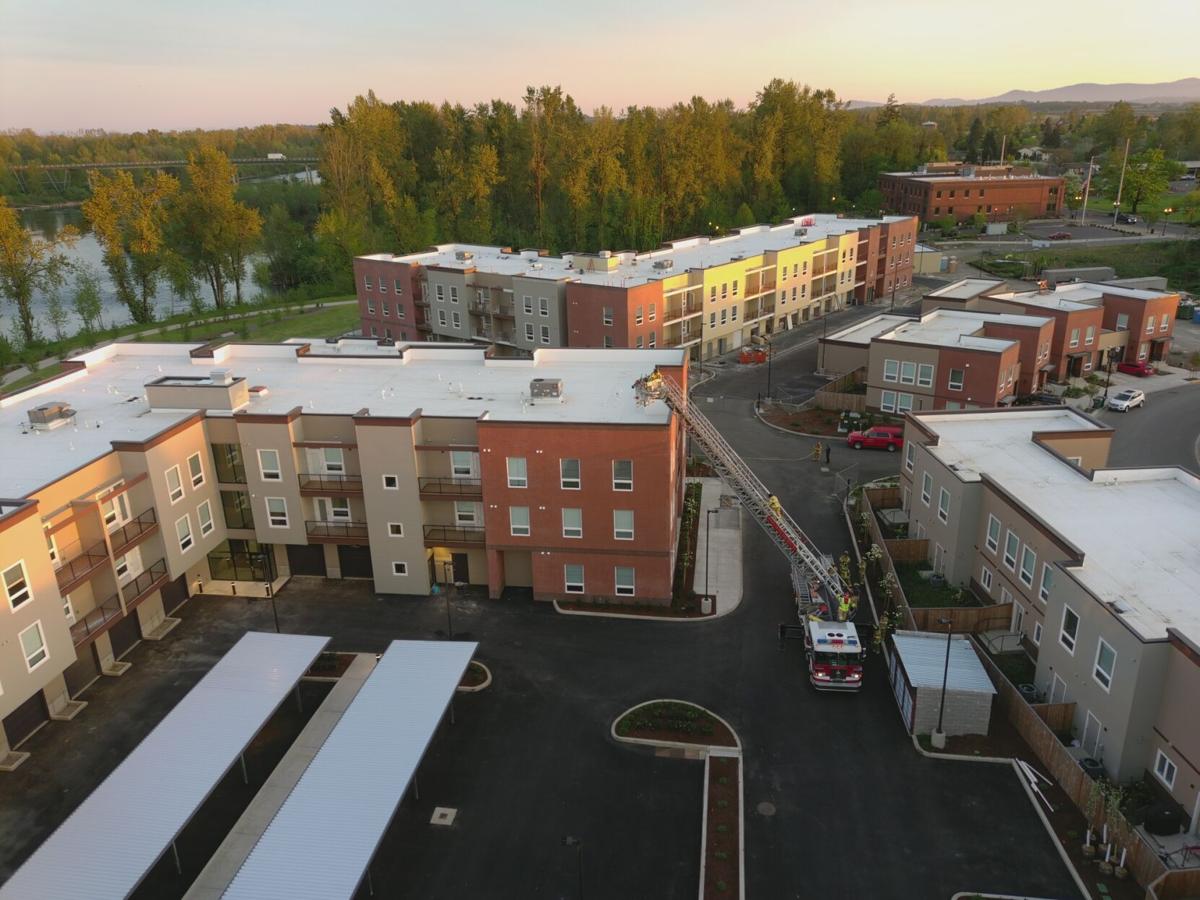 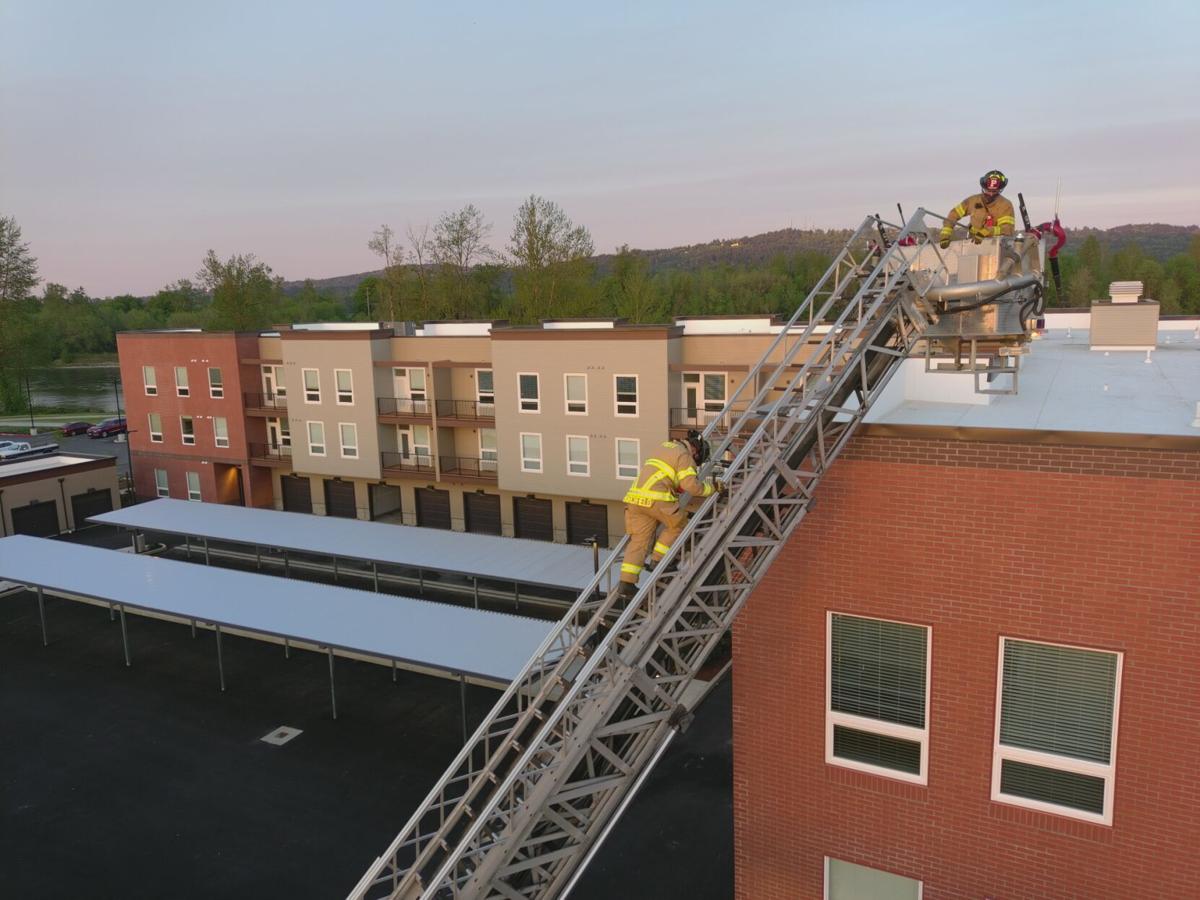 INDEPENDENCE — Eagle-eyed residents may have been concerned over the status of one of Independence’s newest apartment complexes last week when fire personnel were spotted accessing the building’s roof via ladder truck.

However, Polk County Fire District No. 1 Fire Chief Ben Stange said it was nothing to worry about. Rather it was a rare opportunity for his personnel to implement their regular Wednesday training session at the nearly completed Independence Landing Apartments.

“We try to do that whenever we can. We’ve got a pretty good relationship with the builders. We try to find a window working with them. And one of the buildings is completely done with people moving in this week,” Stange said.

Before residents moved in, fire personnel from two engines and a ladder truck descended for training while the parking lot was still empty and no construction vehicles were around, Stange said. This gave them a clear path to experiment with placing vehicles for the best access points.

Stange added his personnel also gained access to a similar unit that is partially complete, allowing them to tour the building for best access and egress points and get a better feel for the interior layout.

“Earlier in construction, in another drill, we were also able to familiar ourselves. The siding wasn’t on back then, so we threw some ladders up,” Stange recalled.

Stange said as the community has grown over the last decade, more and more three-story apartments have been built between Monmouth and Independence.

“So, we highlight that, as a growing part of the community, the increasing need to pay attention how to approach those buildings,” he said.

In the past, fire personnel have utilized Western Oregon University buildings for training, particularly in the summer when students were not around, he added.

For this session of regular Wednesday training, Stange rotated about 15 fire fighters and emergency medical service personnel between 7 and 9 p.m. The crews took turns focusing on layout access and egress, hookups for water supply and sprinkler access, and different locations to best set up ladders.

“It went great. It’s all new — not just buildings, but a street and parking lots. Getting down there before hundreds of people are down there gave us time to move more freely, figure out how to respond that area. It’s such a great opportunity to help with future responses,” Stange said.

It was especially beneficial for EMS personnel, as their calls will be more frequent.

“We’re making sure paramedics and EMS will not get lost in the new structures,” Stange said.

Stange added as more, newer buildings continue to be built in the area, they’ll have different layouts than the rest of the town historically. And, as Monmouth and Independence continue to look different, the Fire District will continue to adapt.

“It’s been a part of the planning process the whole time,” Stange said.

Conway: Giuliani will likely never see inside of courtroom again unless as defendant