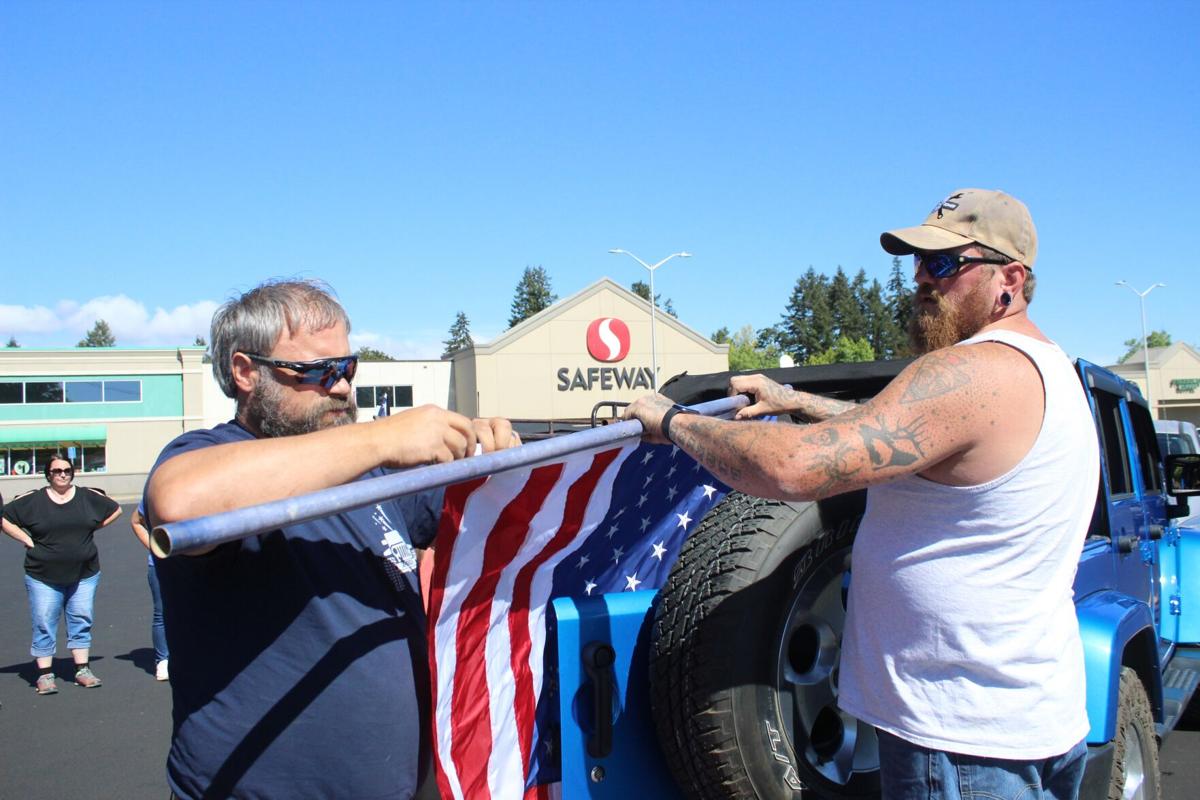 Joe Stinnett, of Dallas, put a flag on his truck. 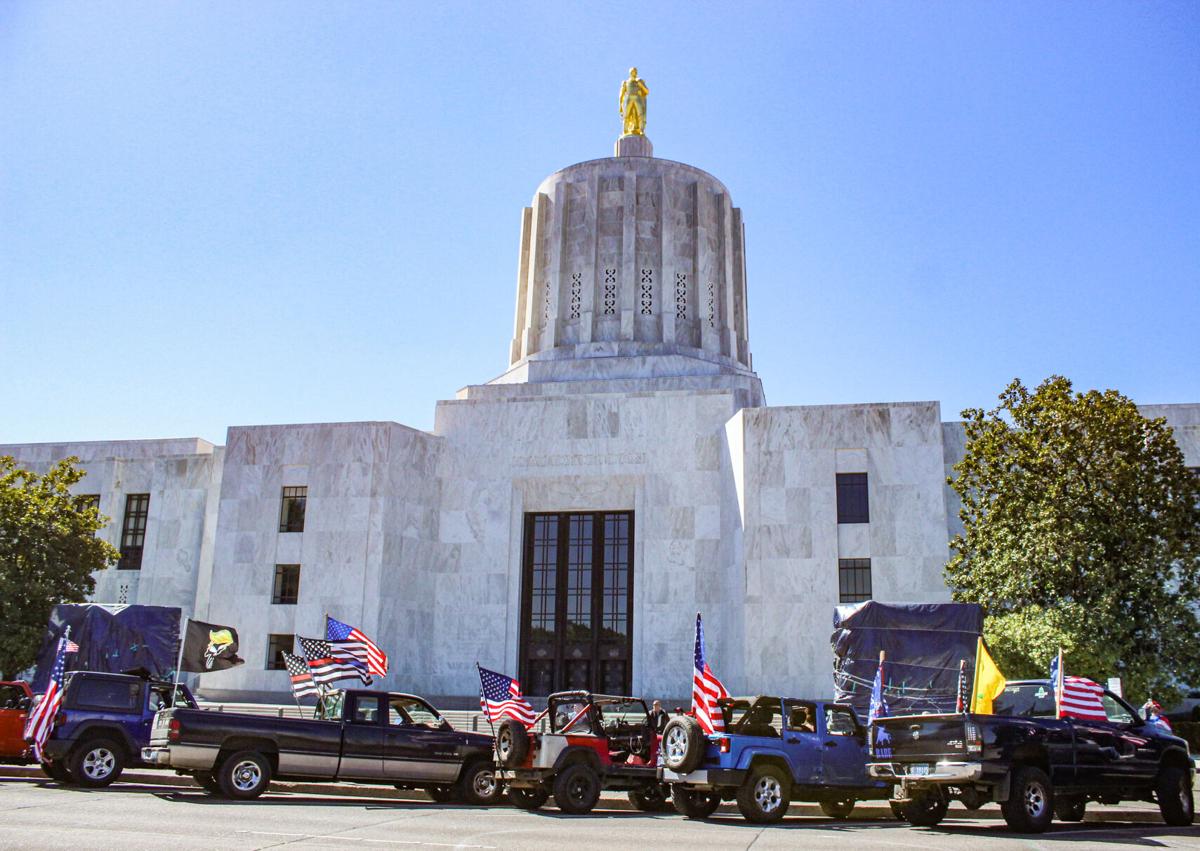 Members of Valley to Mountain 4x4 Club stop by the Capitol on Saturday druing a ‘flag run’ to Polk County. 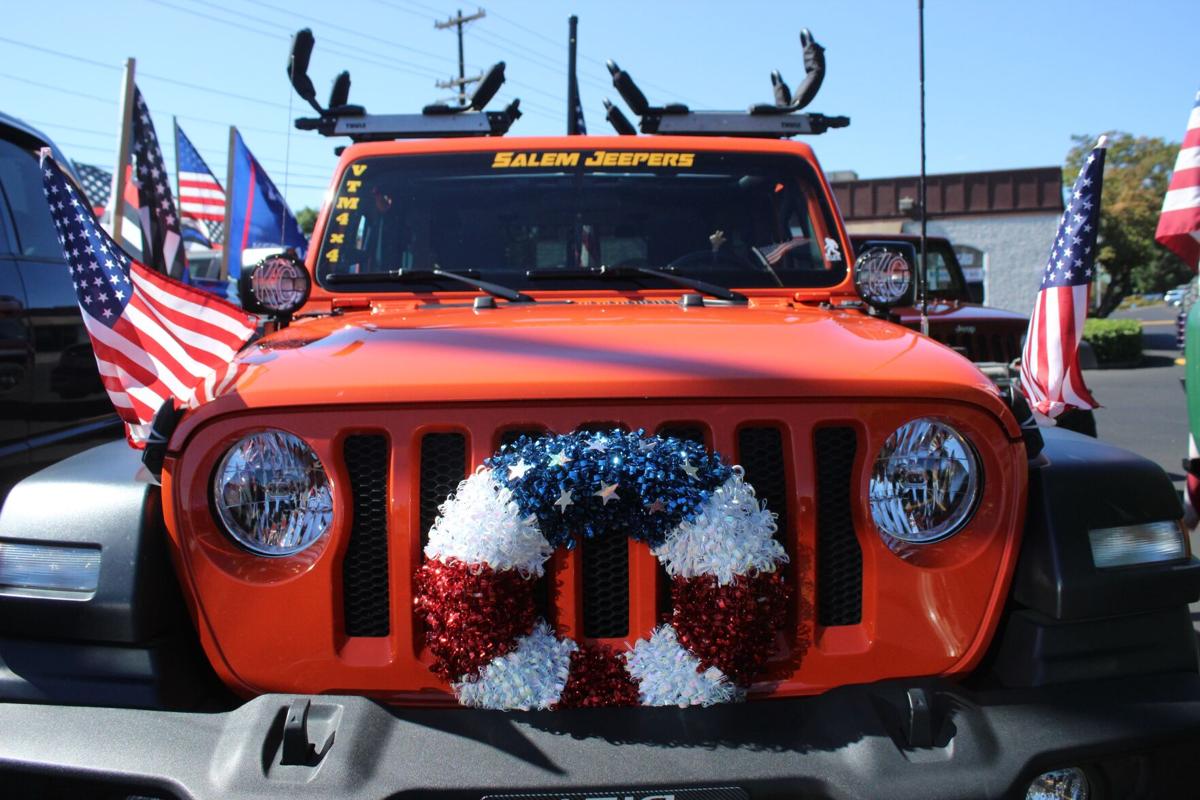 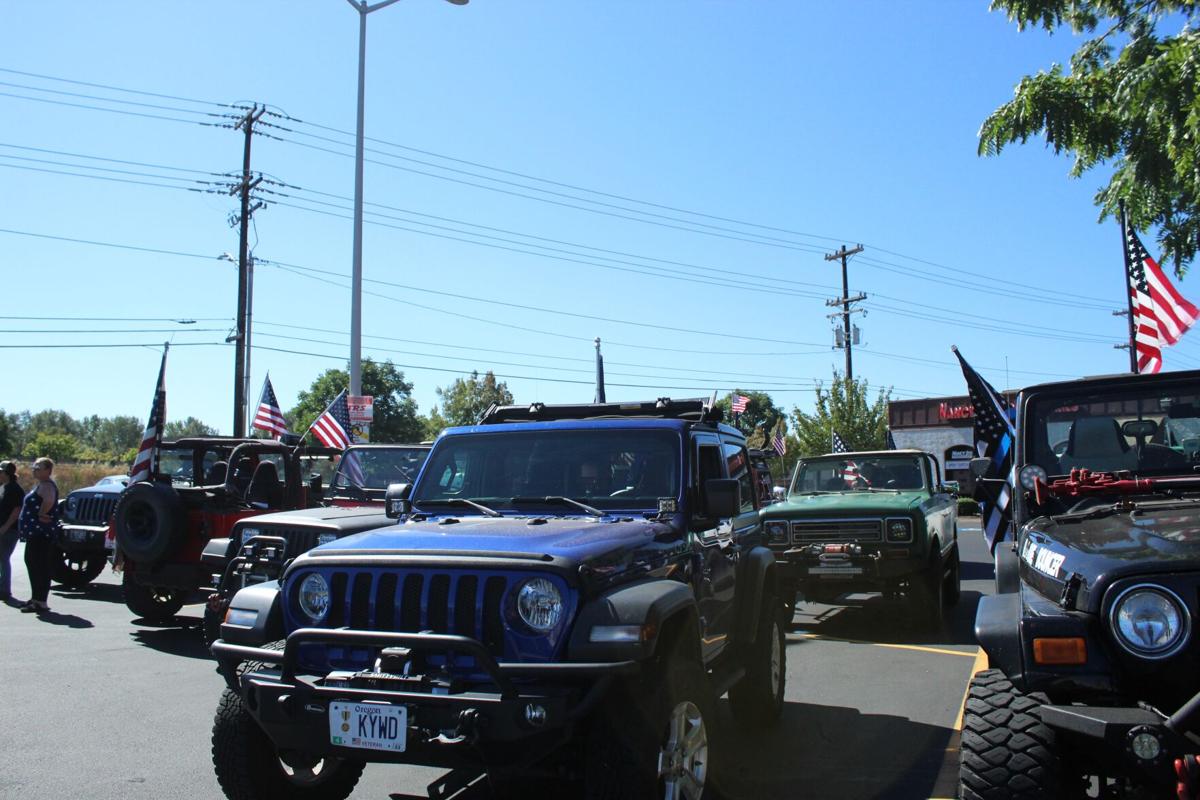 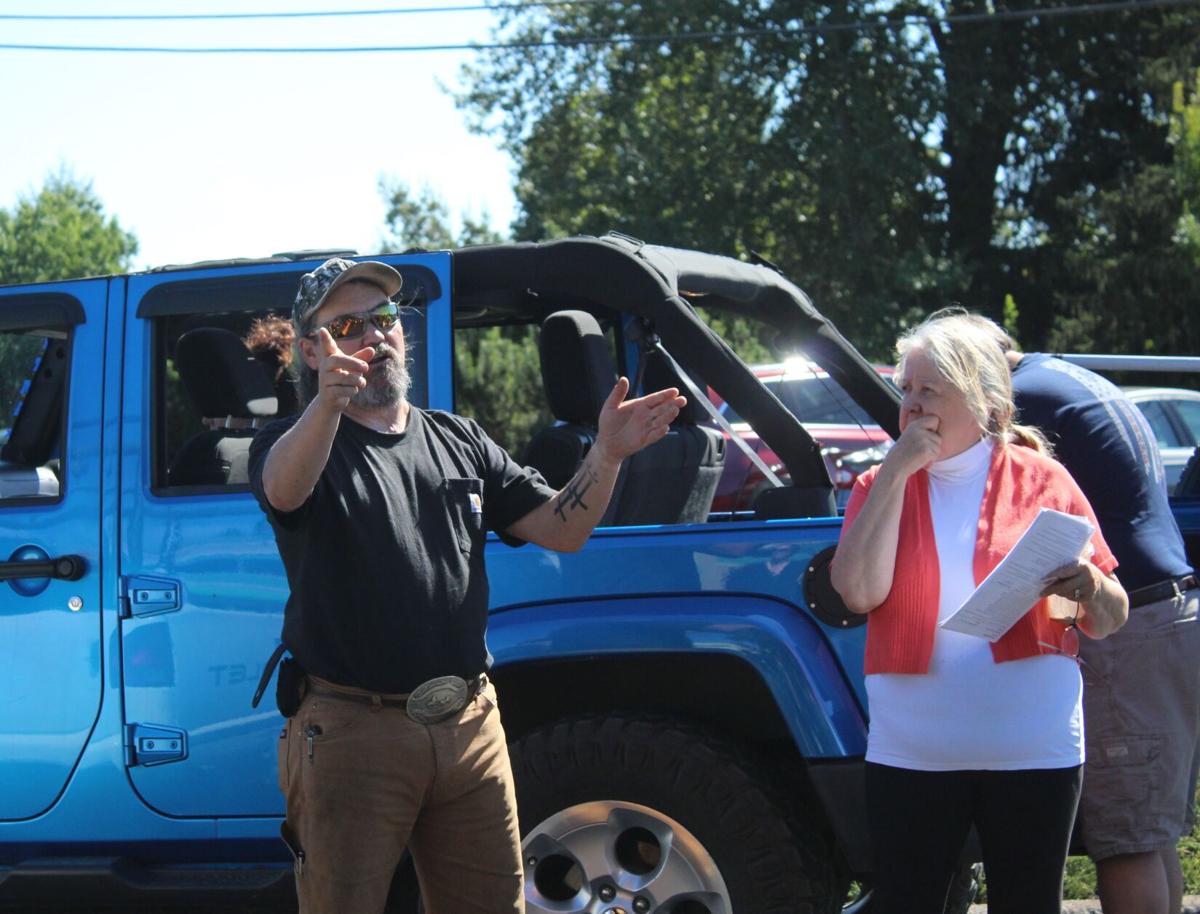 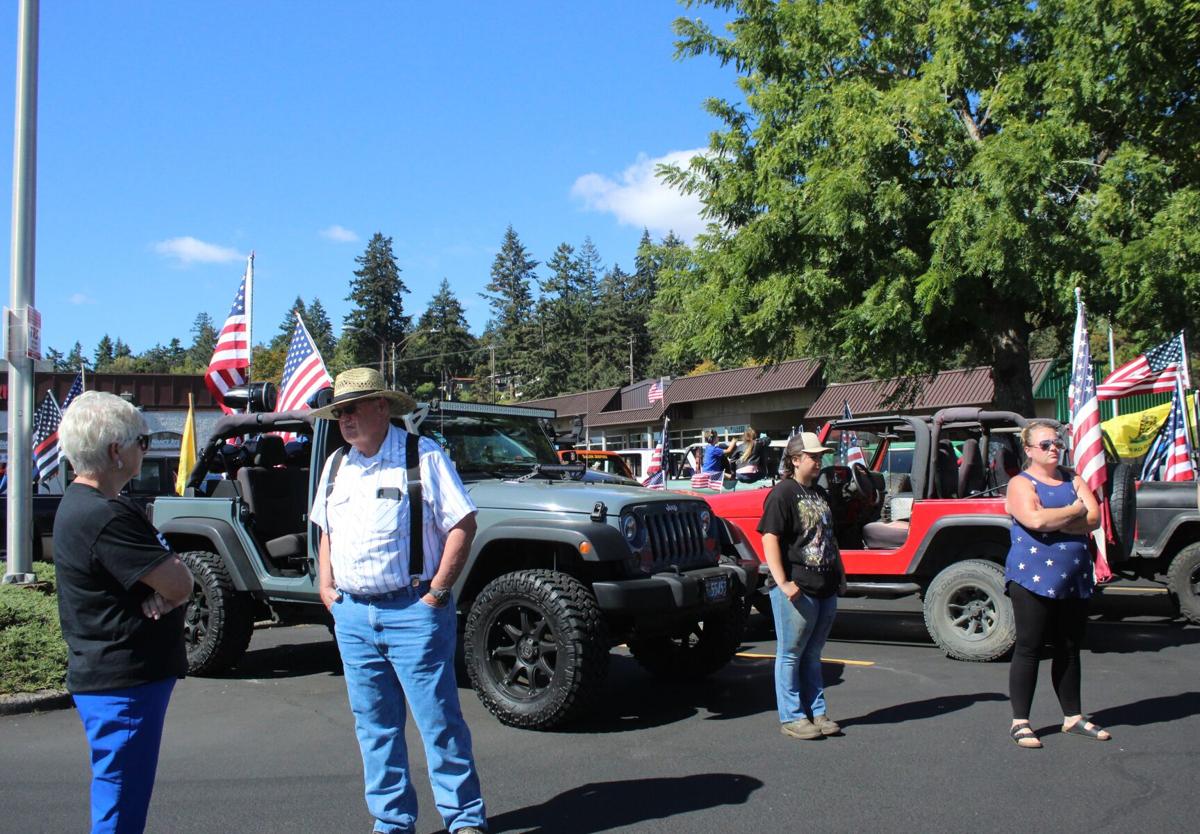 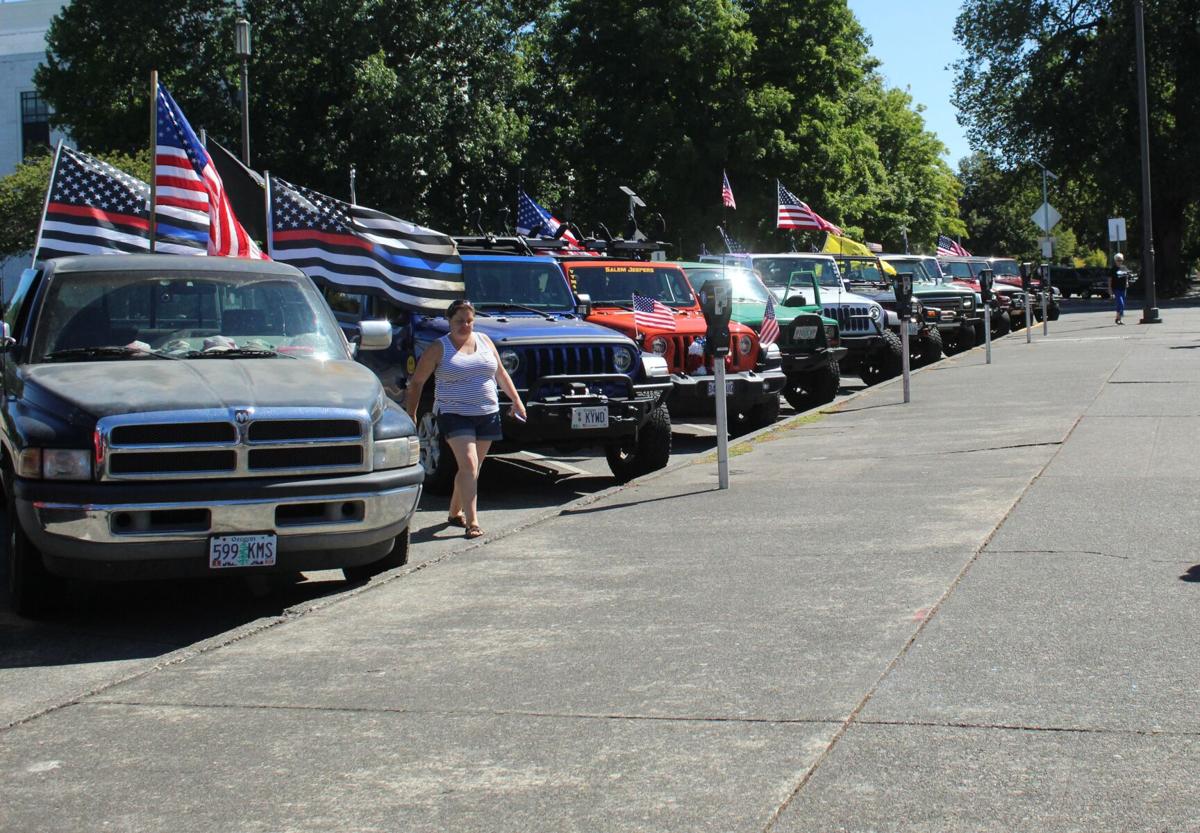 Joe Stinnett, of Dallas, put a flag on his truck.

Members of Valley to Mountain 4x4 Club stop by the Capitol on Saturday druing a ‘flag run’ to Polk County.

DALLAS — Robert Burns said he felt compelled to do something after a friend told him he was confronted and flipped off for having an American flag on his Jeep.

Burns rallied the members of VTM (Valley to Mountain) 4x4 Club to do a “flag run” through Salem, Independence, Monmouth and Dallas on Saturday.

“I wanted to do something to support our country and our veterans,” Burns said.

The group gathered at the West Salem Safeway parking lot on Saturday morning with flags flying – many vehicles with multiple flags.

From West Salem, the caravan crossed the Center Street bridge into downtown Salem, where it stopped briefly at the Capitol Building briefly and then finished the route heading out to South Salem and crossing the river again into Independence.  The route finished in the O’Reilly’s parking lot in Dallas.

Burns said his group was at a rally in Dallas earlier this summer in which counter protesters and members of the local Black Lives Matter movement were involved in a confrontation that, in one instance, had to be broken up by police.

He said videos were posted on social media that made his group look bad. He believes they were edited to make them look worse than he believed was fair. But Burns admitted that there was some yelling and bad behavior on both sides at that event.

Burns said a conversation that members of his group and the BLM group had that day gave him hope, though. There was not yelling.

Burns said he believed each side walked away with a better understanding of each other. That is the  way forward, he said, with less confrontation and more conversation.

CNN Heroes: Delivering RVs to firefighters who lost their homes

Bernie supporter: I don't owe the Democratic party anything

NYT columnist: This is what I wish Biden said to Trump