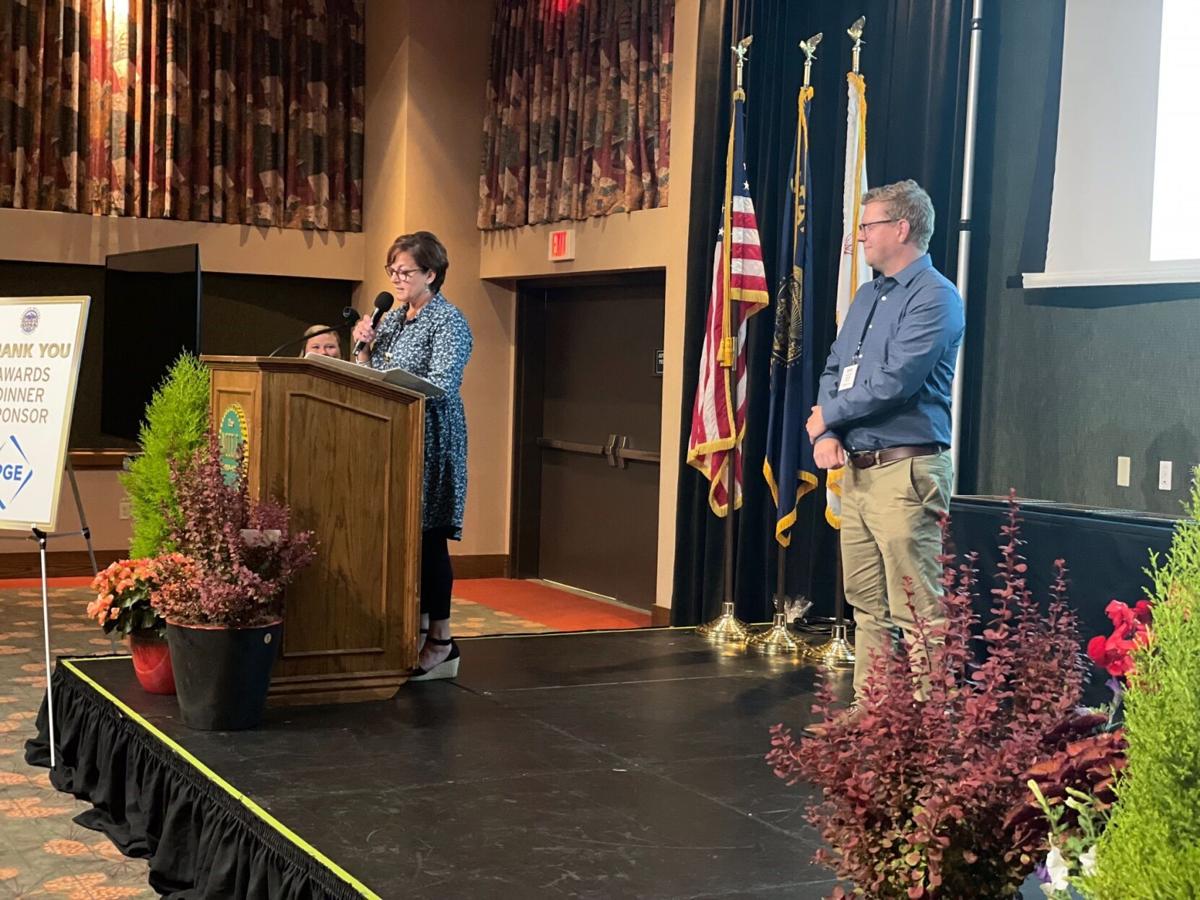 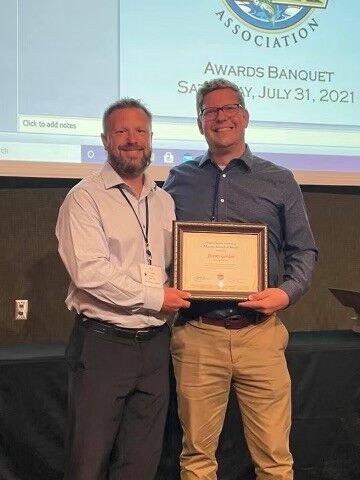 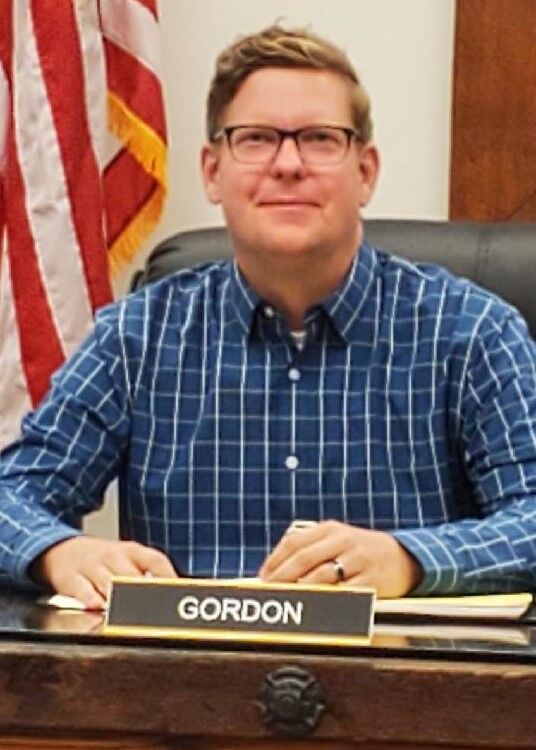 FALLS CITY — Former Falls City Mayor Jeremy Gordon may have switched positions this week to begin serving as a county commissioner, but his achievements as mayor earned him recognition of the Oregon Mayors Association.

Gordon was awarded the Small City Mayor Leadership Merit Award at the association’s banquet on Friday, an honor that the Falls City City Council managed to keep a secret from him for weeks.

City Manager AJ Foscoli said the council nominated Gordon for the award a few months ago and found out about three weeks ago, in the middle of his transition from city to county, that he would receive it.

New Mayor T.J. Bailey was on hand at the ceremony to help present the award.

The council sent a nomination letter to the association outlining his contributions to the city, Foscoli said.

“Mayor Gordon has gone above and beyond the call of duty in volunteering for the numerous city improvement projects. He has volunteered countless hours helping the city restore our old doctor’s clinic into a business incubation space and a hub of community activity,” the letter read. “He is often seen mowing, edging, and weeding the facility to make it not only beautiful but restored to its original historic condition. He has donated hundreds of hours of volunteer service for community clean up, park maintenance, and our annual Spring Clean day.”

“He helped provide food and water to residents with little to no access to these basic needs,” the letter read. “Gordon serves as the liaison to the Polk County Warming Center, bringing this service to houseless members of Falls City on evenings when temperatures drop to freezing.”

One of the functions of mayor in Falls City his facilitating communication between city staff and the council, as well as making sure the council is abiding by its rules. Gordon would host work sessions and trainings with the council to make sure it was functioning to the best of its ability.

“By doing so he has helped foster professional working relationships among our city council members and city staff,” the letter read. “Through his leadership, he has created a positive environment of mutual respect among all our city staff and council.”

Being a small city, Falls City sometimes needs to reach out to other communities for assistance. Gordon was effective at networking with other local governments , an effort that brought resources to the city. That includes offering testimony on a bill that prevented an increase in sewer charges to the town’s most vulnerable citizens, serving on the Cherriots board with an eye to continue transportation service to Falls City, and worked with timber companies to establish better relationships with the city.

“Mayor Gordon has also brought numerous resources to our city from outside agencies to help our city function and grow due to our limited resources. He has fostered positive relationships with Mid-Willamette Valley Council of Governments, WesTech Engineering, Speer-Hoyt Legal, Oregon Department of Environmental Quality, Business Oregon IFA, USDA, NOAA, area Tribes, Department of Forestry, and Polk County Officials to name a few,” the letter read. “By building these relationships, our city has been able to work on building a new wastewater plant that our city desperately needs.”

MLB has first player lockout in over 20 years