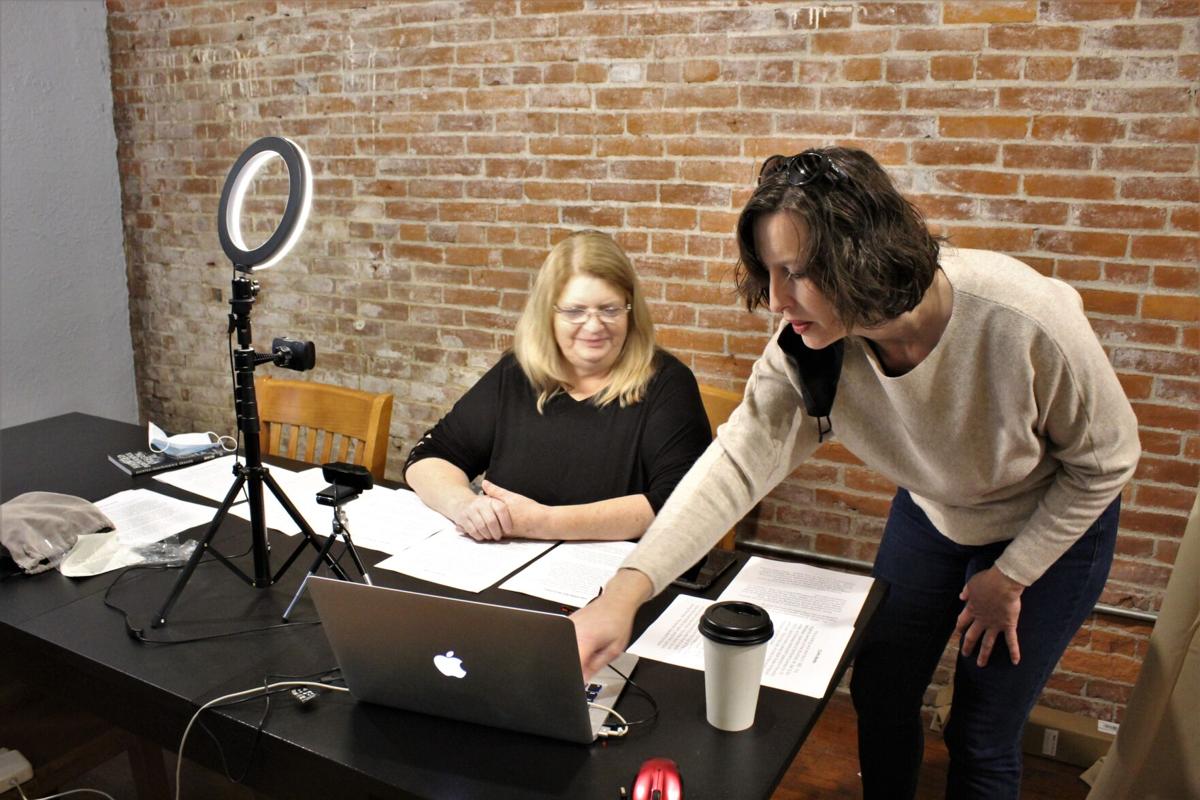 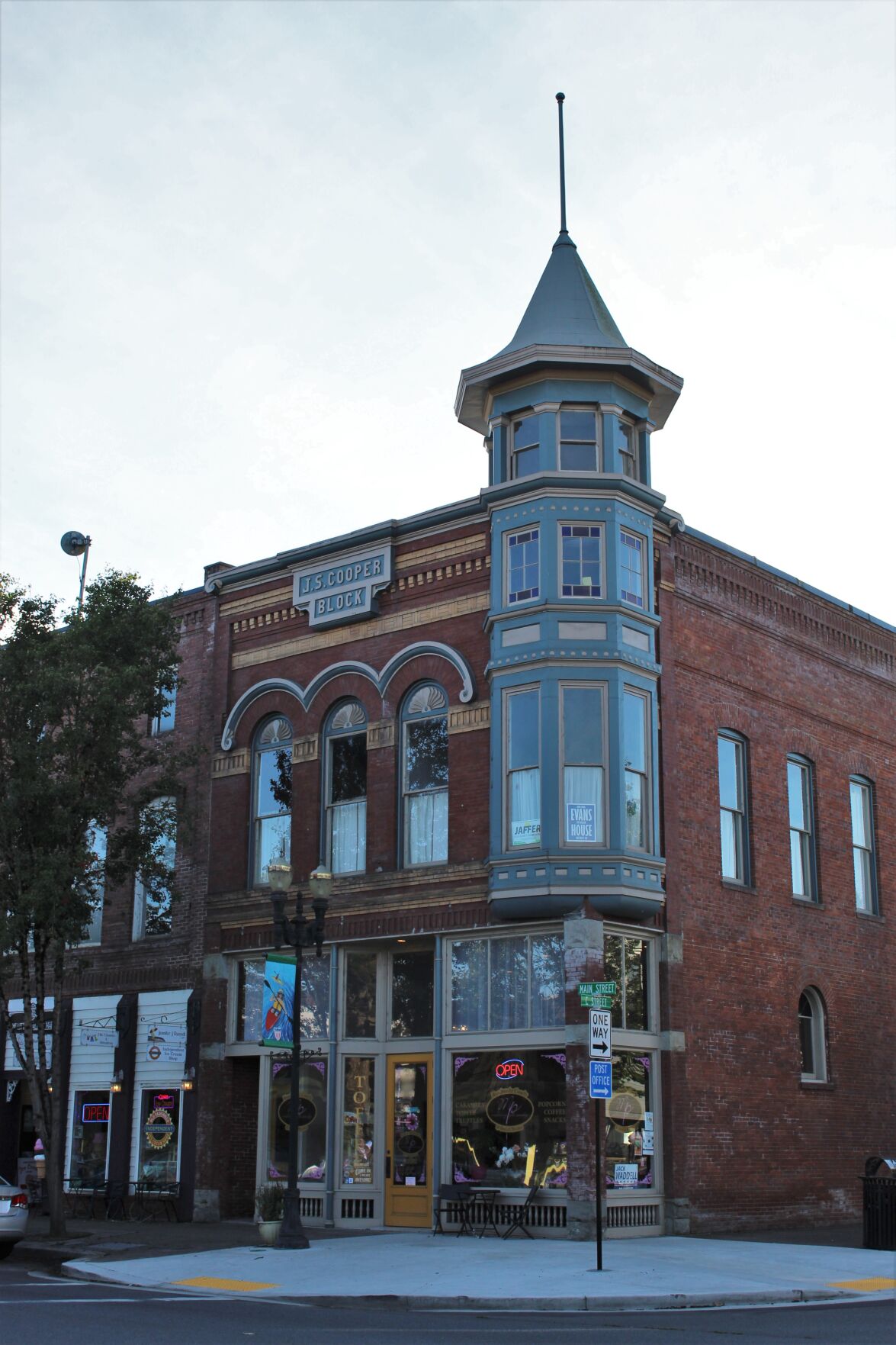 A schoolmaster in a small community leaves town, but not before he completely loses his bejeebers in a moment of ghostly terror.

No, this is not Sleepy Hollow, and Marilyn Morton is not Diedrich Knickerbocker.

Yet Morton and Knickerbocker (aka author Washington Irving) share much in common. They both spin tales of the bizarre designed to set the skin to crawling. Their stories are the sort best told holding a book in one hand and a flashlight (preferably shining underneath the reader’s face) in the other.

Morton’s book, “Haunted Independence, Oregon” has become the go-to volume for the town’s storied and ghostly past. The book was published in 2013 as part of Arcadia Publishing’s “Haunted America” series, and she’s been collecting fresh ghost stories ever since.

Ghosts seem to like Independence. When she started collecting ghost stories in the mid-’90s, she found three haunted spots. “Now we have 32,” she said. “It’s been a busy community for that.”

Her version of “The Legend of Sleepy Hollow” unfolded several years ago at what was once the Odd Fellows hall on Main Street. A former Central School District superintendent (Morton said she would rather not embarrass him by revealing his name) was attending a meeting with assorted other movers and shakers.

He turned out to be rather shaken indeed as he moved — quite quickly — out of the building, said Morton. It was as if he’d seen a ghost. If there was a ghost, however, it didn’t introduce itself to him personally. Instead, it turns out a preschool-age child of one of the other guests could see dead people.

Or so it seemed. The child pointed to an empty space in the room and described a group of people who simply weren’t there. The description must have been awfully compelling, Morton said. A chill came over the educator. It was as if an occult hand had suddenly gripped him by the shoulder.

The superintendent refused to set foot in the building ever again.

OK, it’s a fairly benign story. None of the characters lose their heads. Most local ghost stories are like that, Morton said. They are long on heebie-jeebies and short on Stephen King levels of terror.

“There’s nothing gruesome going on,” she said.

Morton began collecting stories when she worked as a volunteer in the 1990s and visited local businesses.

“People would say things like, ‘You wouldn’t believe what happened here last night,’” she said. “Before long, there was a whole collection of stories.”

She parlayed the stories into Independence’s first Ghost Walk during the Hop & Heritage Festival in September of 2002. She thought maybe 30 people would rendezvous with her downtown for a guided tour of Main Street buildings and their haunted histories. More than 300 people showed up.

The Ghost Walk became an annual event, eventually drawing as many as 2,000 visitors last year.

She recorded most of the ghost stories so people could meander independently from building to building and hear the stories by scanning a code with their phones at each location.

Morton said the point of all the stories is to excite people about local history. She believes in the importance of history more than the existence of ghosts, she said. She has spent years poring over maps and historical documents.

She managed to flesh out Lenore’s Ghost. That was the name of the bar that once occupied the corner of Main and B streets that now provides the home of Mangiare Italian Restaurant. Little did the people who started the bar know the Ghost came with a ghost of its own.

The Sperling Building was built in 1912 and was originally the Lerona Hotel. Chris Hofstetter, who started Lenore’s Ghost, had no knowledge of the hotel. He just liked the name Lenore. The similarity in the names caught him completely by surprise, he told the Itemizer-Observer in 2001.

As he renovated the building, some original tiling revealed the name of the hotel.

Old-timers once talked of a young woman who came to Independence when her lover shipped off for World War I. He never returned. When news of his death reached her, she plunged through the skylights that ran from the ceiling of the top floor through the lobby.

“That’s one of the versions of the story,” Morton said. “That’s the one we generally use.”

A stain, supposedly of her blood, marked the barroom floor. Hofstetter was never able to get it out.

“I don’t know about that,” Morton said. “I’ve never seen it. I can neither confirm nor deny.”

Legend holds her restless spirit haunts the upper floors of the Sperling Building. Many who have worked at the building have heard her bumping around up there. Hofstetter said at least 50% of his employees reported seeing her ghost, usually in the kitchen.

The 108-year-old J.S. Cooper Building at the corner of Main and C streets, also known as Cooper’s Landing, has had so many reported hauntings that it made the cover of Morton’s book.

Nonetheless, a ghost named Dennis, who died under mysterious circumstances in the 1920s, reportedly continues to shuffle about in search of ... who knows? Floss or floozies? It’s anyone’s guess.

Former owner Shelly Loynes, who ran the Speakeasy restaurant at the corner in the early 2000s,  said a lamp came off a table and landed in the middle of the room while she and her husband Tim were renovating the building.

The door to the upstairs storage room inexplicably flew open. A mannequin somehow made its way from the middle of the upstairs room and crashed through a window. “I’ve always called that a mannequin suicide because that’s a place where there have supposedly been a lot of suicides.”

While Dennis and possibly shady ladies may haunt Cooper’s Landing, a ghostly choir is said to be singing at the Independence Heritage Museum at 112 S. Third St. The museum was once the First Baptist Church, built in 1888.

Tales range from things that go bump in the night to phantom parishioners who sing in the old choir box.

Morton said these are all great stories, but as far as she knows, that’s all they are. Just stories. She has experienced a few things that give her pause, she said, but she retains full possession of her bejeebers.

“We still use the disclaimer that this is just for fun,” she said.

Morton is much more than a teller of ghost stories. As one of the leaders of Moms4Reading, she led the annual Read-a-Thon at Independence Elementary School for 20 years.

She also served as the director of the Monmouth-Independence Chamber of Commerce and managed the Linen Warehouse, a training academy for young people in the Polk HALO (Helping Achieve Lifelong Objectives) Program to help young people develop work skills. She has served on the Independence City Council since 2002.

Above all, Morton is a lover of stories as a way to excite people about reading and learning.

People looking for ghosts in Independence this year will, like Scooby and the gang, have to break up and look for clues.

Would-be ghost hunters have haunt downtown Independence on their own this year for the 18th- annual Ghost Walk because of COVID-19.

The event usually includes a guided tour, but because of the pandemic, participants can now go from building to building and access recorded ghost stories on their cellphones by scanning a Qt code at each location. Marilyn Morton, who started the Ghost Walk in 2002, recorded each of the stories.

Independence Downtown Manager Courtney Williams said maps to the reputedly haunted venues will likely be available at Indy Commons, 154 S. Main St., within the next few days. Other locations offering maps have yet to be determined, she said.

Morton said she hopes the stories will be available for people to hear this weekend. Updated information will be posted on the Independence Downtown Association’s website at:

More information will also be posted as it becomes available at polkio.com.