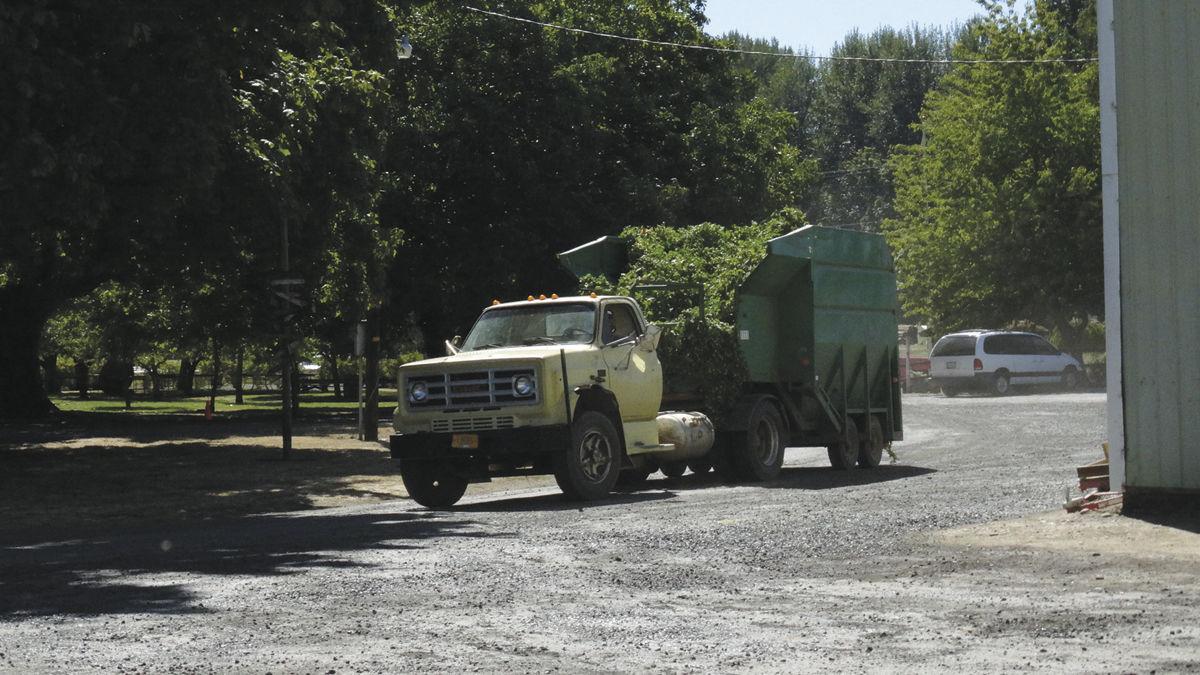 About 50 farm workers are hired to work day and night during the hop harvest for Rogue Farms in Independence. 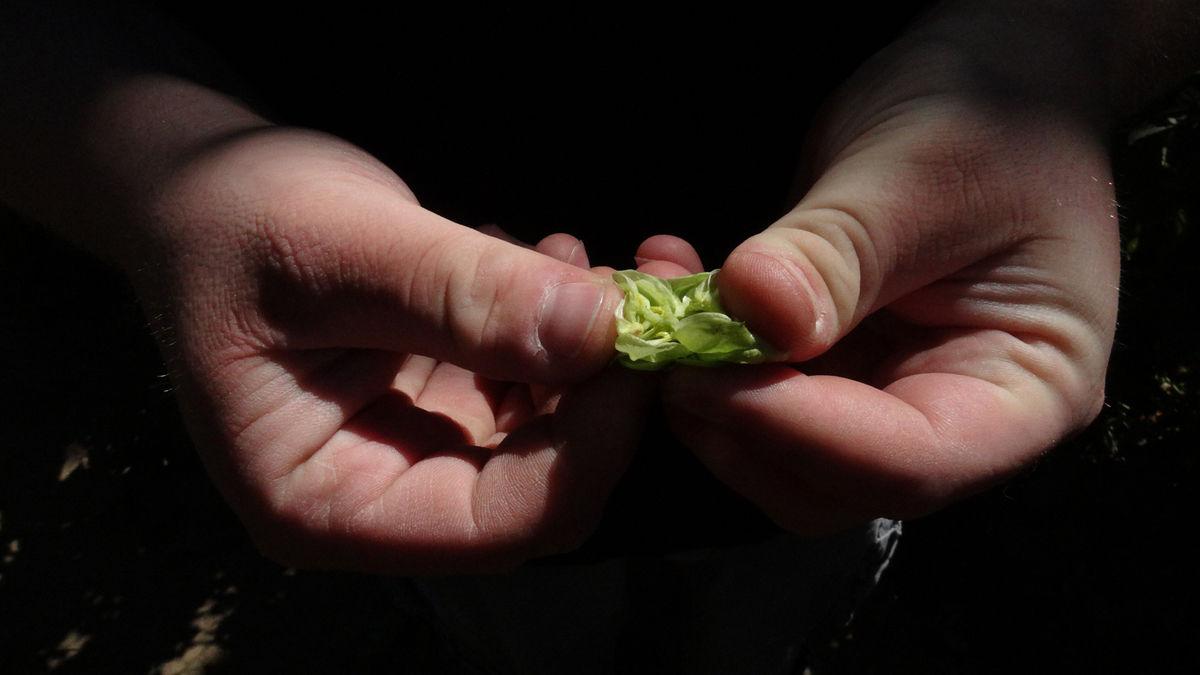 Inside the hop cone lies the lupulin, the powdery, aromatic substance that gives beer its hoppy flavors and inspires the brewer. 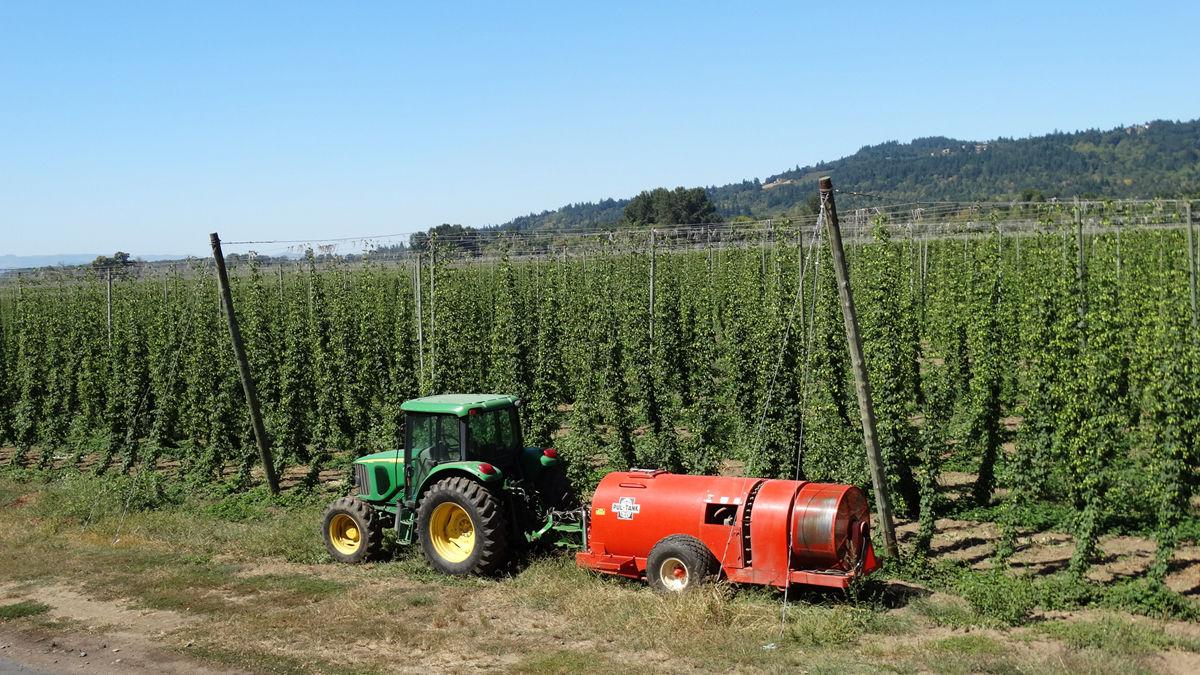 Workers focus on the hop harvest 24 hours a day. 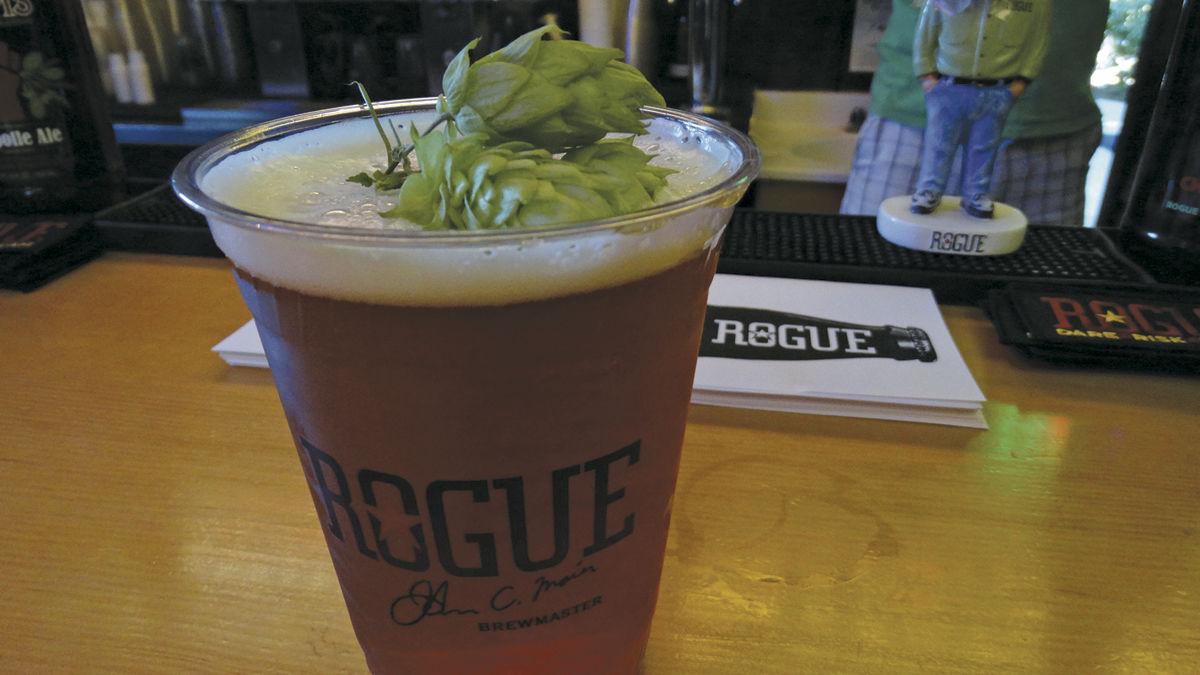 Rogue shows off the end product of some of the hops that are harvested. 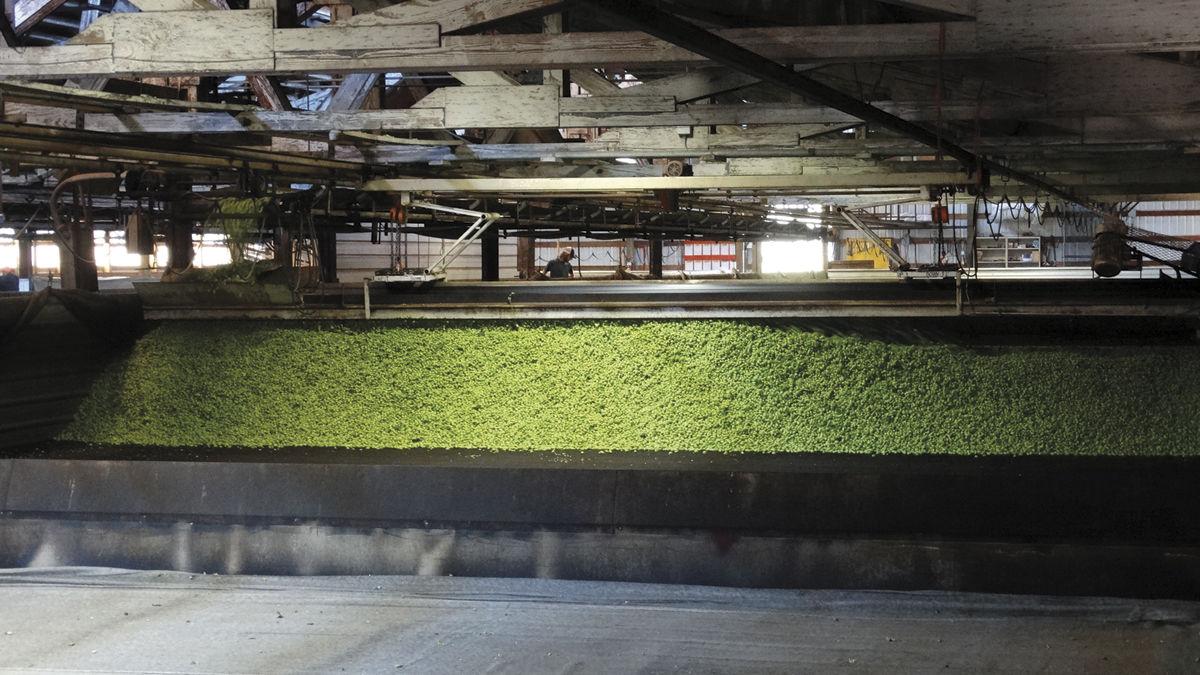 The hop harvest season is expected to last through September. Matt Sage, of Indie Hops, says 2016 has been a good year for hops.

About 50 farm workers are hired to work day and night during the hop harvest for Rogue Farms in Independence.

Inside the hop cone lies the lupulin, the powdery, aromatic substance that gives beer its hoppy flavors and inspires the brewer.

Workers focus on the hop harvest 24 hours a day.

Rogue shows off the end product of some of the hops that are harvested.

The hop harvest season is expected to last through September. Matt Sage, of Indie Hops, says 2016 has been a good year for hops.

INDEPENDENCE — Trucks filled with hop bines rumble down Wigrich Road, heading to the drying and baling facility at Rogue Farms in Independence.

Hop cones lay scattered on the road, little thistles that got knocked from the bine on the journey. Most make it to the processing barns just down the road, where they are removed from the bine and dried over 150-degree heat for six to eight hours to preserve their valuable contests: lupulin.

“It is a polleny, powdery substance, and that’s the stuff that creates the aromas and flavors that you get in your beer,” said Kyle Ward, Rogue Farms tasting room manager.

Oregon has a reputation when it comes to aroma hops, said Michelle Palacios, administrator at the Oregon Hops Commission.

“Because of our climate, we grow exceptional aroma varieties,” she said.

As customers look for more complex hop characters in their beers, the brewers seek a variety of hops to satisfy them.

Matt Sage, of Indie Hops, buys and sells hops, including quite a few varieties from Coleman Farm, where Rogue Farm leases its land.

“The reason we have 12 varieties is it gives a huge pallet for brewers to work with,” he said, noting that it would be impossible to choose a favorite.

“We’re seeing the craft brewing industry coming in Europe and, really, worldwide,” Palacios said. “Those (Oregon) hops are going to be demanded nationally and internationally.”

The harvest is good this year, Ward said, but Independence has a long history of growing quality hops. The area’s latitude — 45 degrees north — helps. Ward said it is considered the Hop Belt.

“If you follow it over to Europe, that’s where Germany is, with a similar climate to us, so it makes a lot of sense,” he said. “In the Willamette Valley, and especially being right along the river, this is the perfect atmosphere for them.”

“And they really need as much sunlight as possible,” he continued. “So our hot and dry summers help create that sunlight they really need to flourish. Also, being along the river, we’re able to irrigate pretty easily.”

Even so, it has been more than 80 years since Oregon has been considered the top hop-producing state in the nation, Palacios said. In the 1930s, downy mildew arrived, and Washington shifted to growing hops while Oregon farmers worked to fight the disease.

It has been a good year for the hop harvest, which started a few days early.

“Hop ripening is dependent on the daylight change,” Sage said. “It’s the shortening of days that triggers the hop to bloom. They got an early start with a warm April and May, with cooler in mid-June to mid-July. Even though it’s been on the hot side part of the week, the other part of the week it got cooler at night.”

Sage said hops like the same weather as people: temperatures in the 80s during the day and cooler at night.

“When it gets into the 90s, it’s kind of stressful,” he said. “They like water, but not too much rain on them.”

Rains expected later this week likely won’t affect the harvest, which is in full swing, 24-hours a day, Palacios said.

“It depends on how much rain,” she said. “One of the risks you have with rain is it adds weight to the trellis (that hops are grown on). In terms of it impacting the quality of the crop, we don’t have concerns with rain, just whether our trellis can handle it.”

Rogue hasn’t always grown its own. In 2006, a global hop shortage created a desire to have a safety net, Ward said.

This year, Rogue planted 10 acres more with two new hop varieties, but they won’t be ready to harvest for another couple of years, Ward said.

“I think it’s definitely helped with the tourism of Polk County,” he said. “No one is growing hops and their own ingredients to this scale in the brewing industry, so that’s a huge draw. You can be new to beer, or you can be an expert in beer, but you’re not going to get this experience in any other brew house.”

NM: PAY "WHAT YOU CAN" FOR CHRISTMAS TREES

50 fascinating facts about the internet