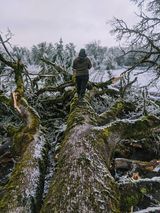 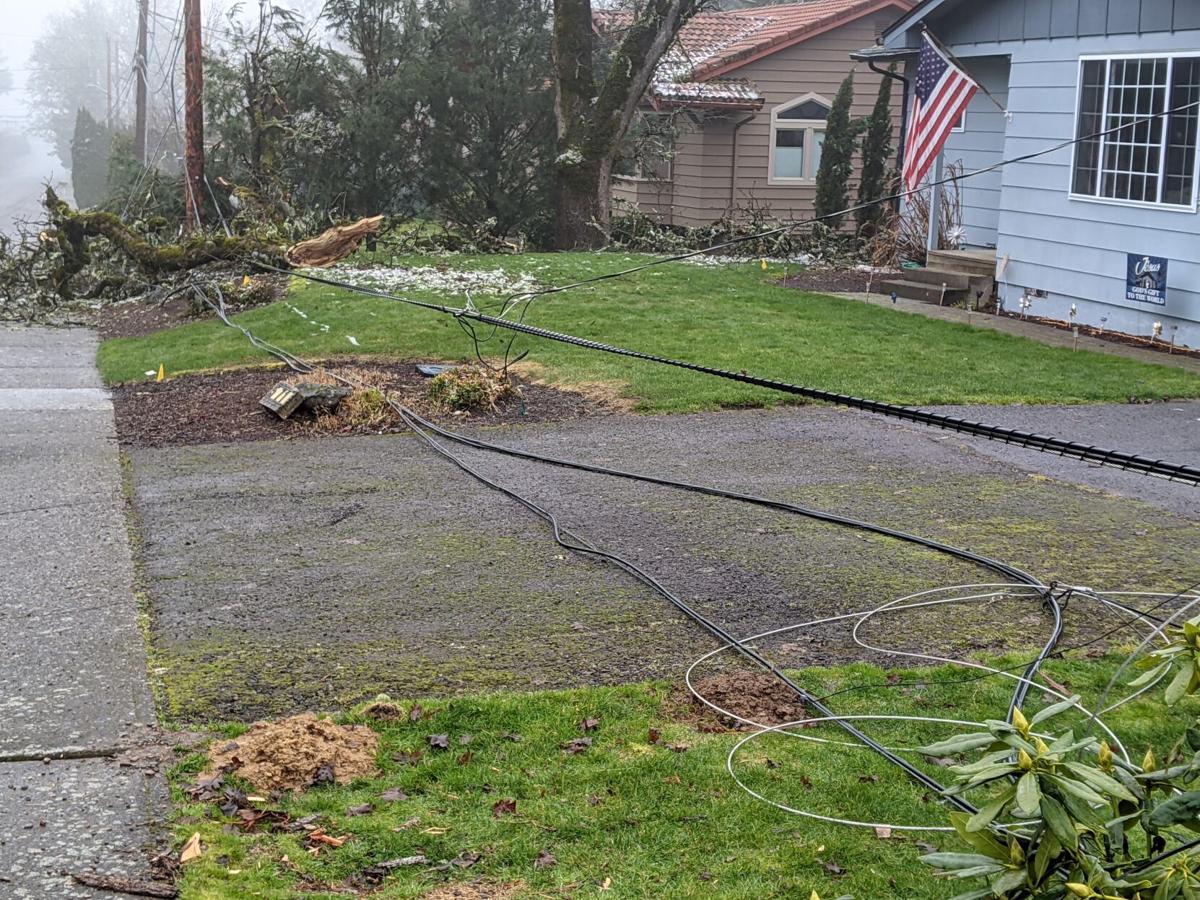 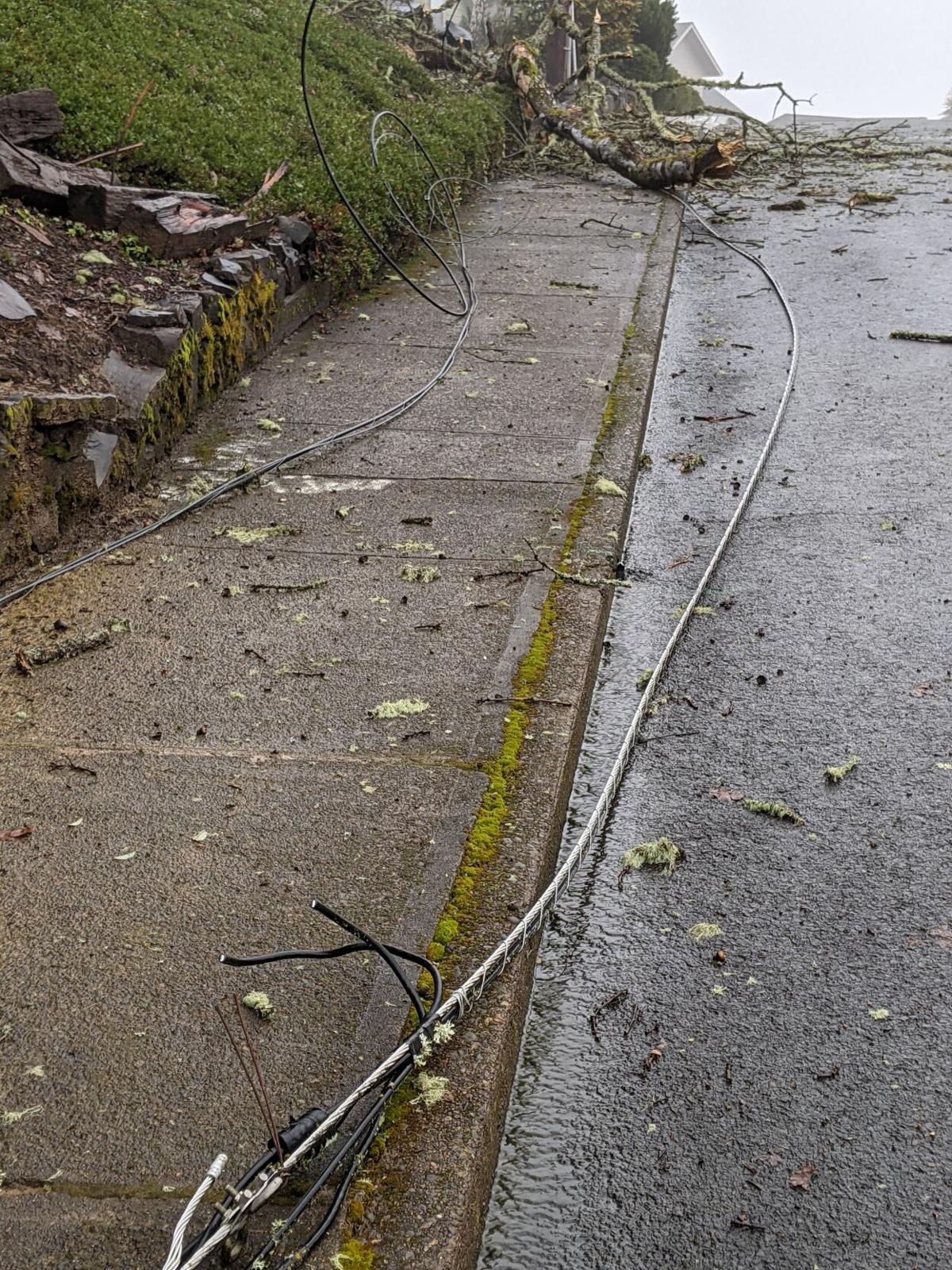 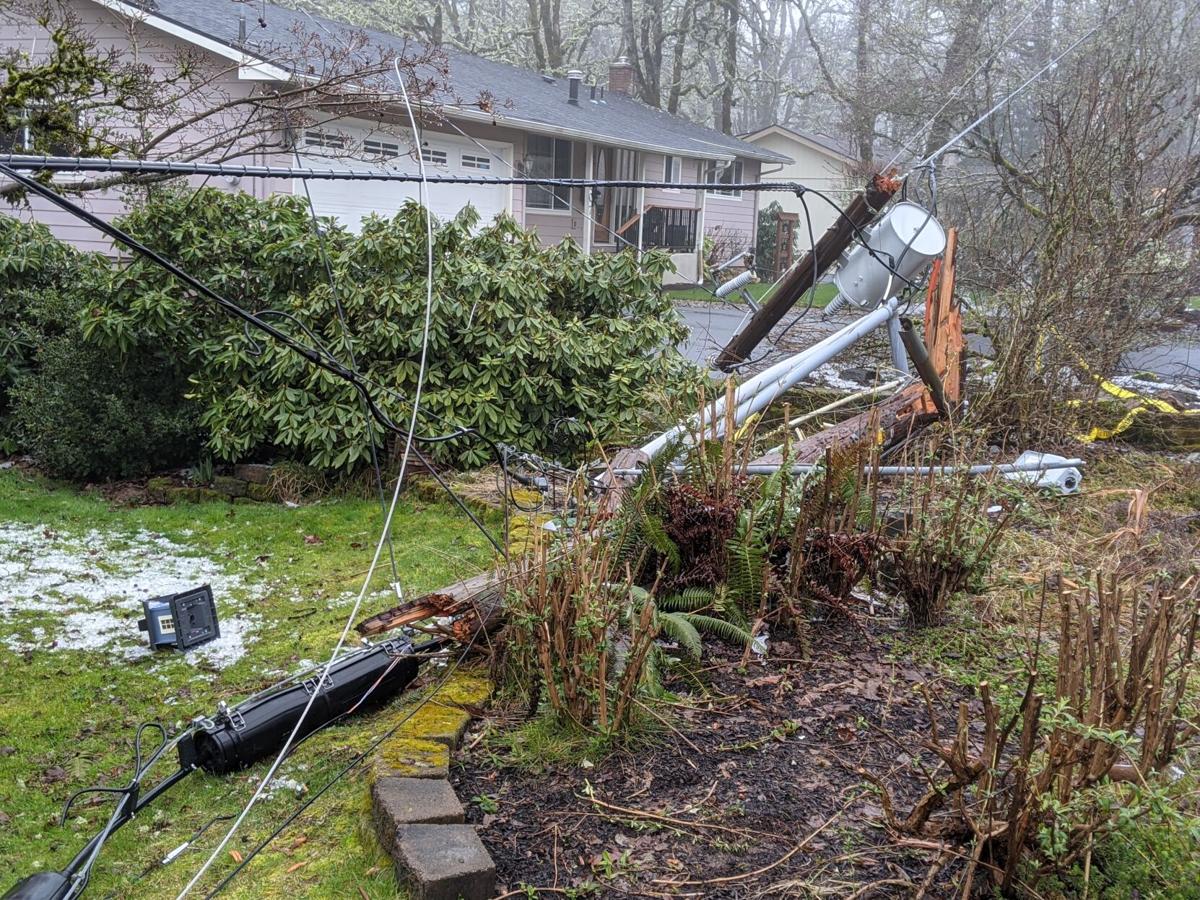 POLK COUNTY — After a weekend of ice, falling trees and power outages, seeing temperatures in the 50s and just plain rain was a welcome sight on Monday.

The damaging storm started dropping frozen rain in parts of Polk County on Thursday night, but the brunt of the storm hit on Friday, followed by power outages as ice made tree branches — or whole trees — snap and hit power and communications lines.

Gov. Kate Brown declared a state of emergency in the storm’s wake due to the extensive damage caused by the ice and snow blanketing large areas of the state.

Locally, emergency crews and power companies worked around the clock to clear roads and restore power.

“Many trees and tree limbs have fallen onto public and private property. City crews worked through the night to remove debris from the roadways,” said Dallas City Manager Brian Latta said on Saturday. “Pacific Power and communication companies are working to restore power and communication systems. The city is working with Republic Services to develop a plan to help remove debris soon.”

Perrydale, Falls City and Central schools announced that they will remain closed on Tuesday due to the power or internet outage for many families.

The city of Monmouth declared an emergency on Saturday and utility and public works crews were still working Monday to clear roads and restore power.

“Our community has been responding to major natural hazards and damage from the freezing rain and ice that arrived on Feb. 11, leaving the city without power and with many downed trees, power lines and disruptions to communications, power and transportation networks,” read a city press release about the declaration. “Residences, businesses and private property throughout the city also suffered damage. City staff from Power & Light, Public Works, and police have responded tirelessly to keep these networks functioning and power restored to the city.”

The next step will be clearing storm debris, which will be organized soon.

“This local emergency declaration allows the city to access county, state and federal resources if more assistance is needed, and ensure we can timely respond to the issues before us,” Mayor Cec Koontz said.

The emergency also allows the city to request reimbursement for emergency-related costs if county, state or federal FEMA funding is allowed. The release said the city will coordinate with Polk County to request assistance from county, state and federal resources as they become available.

Monmouth asked that Power & Light customers with no service notify the utility at 503-751-0151 or 503-838-3526, and reminded residents to use caution around tree-damaged areas or downed power lines. People should treat downed lines as if they are charged.

Lemon: As Americans are desperate for relief, here's what McCarthy is doing