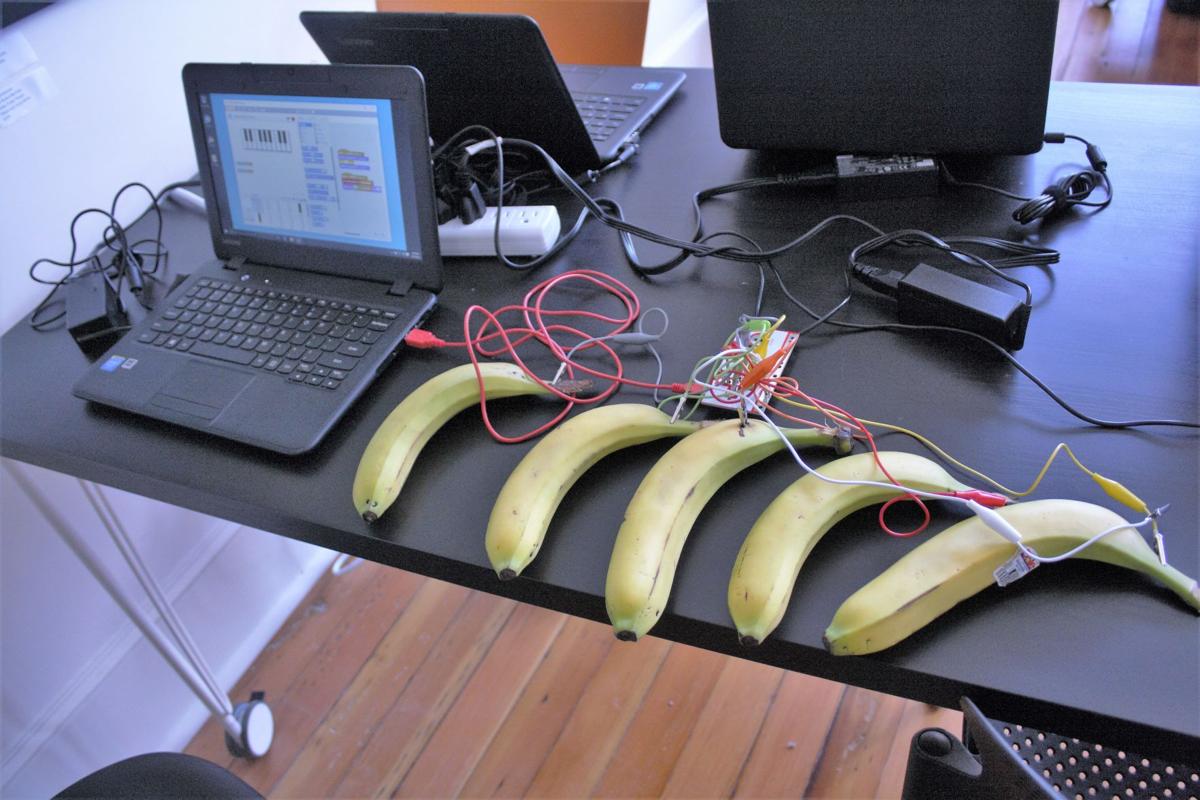 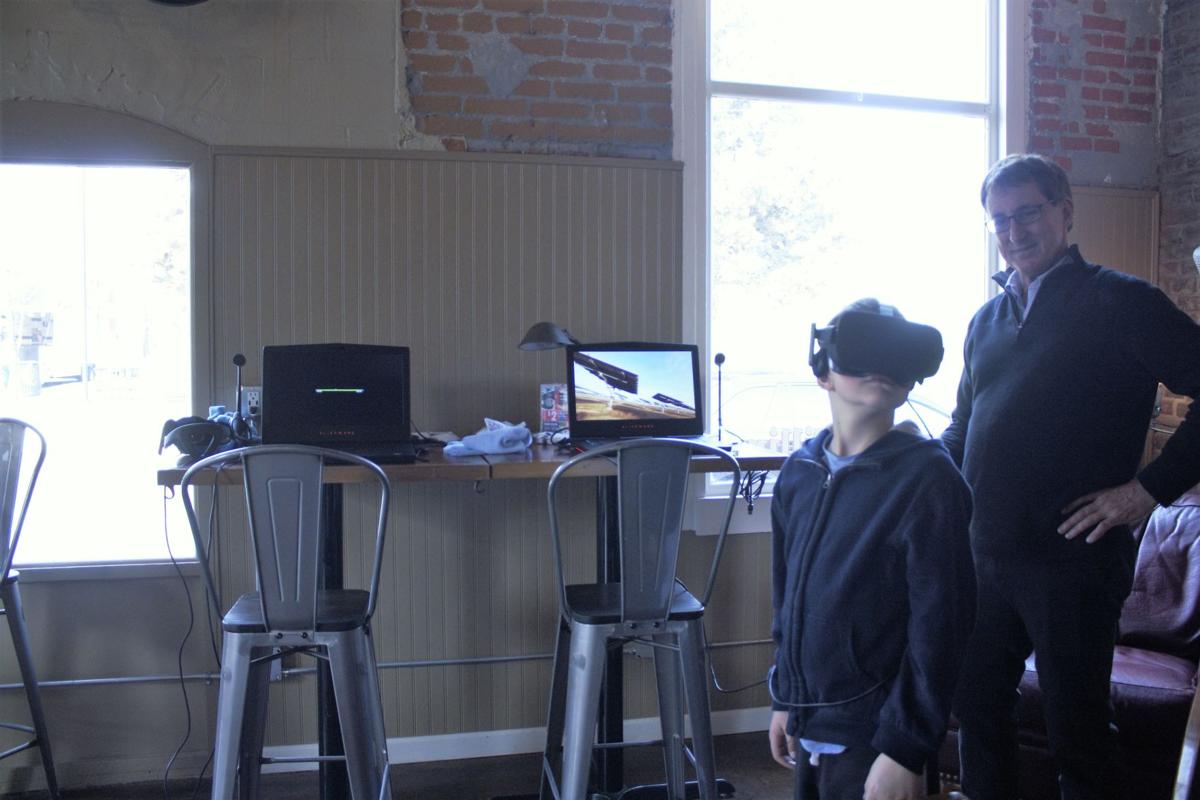 INDEPENDENCE — Independence is one of nine communities selected to participate in a rural innovation program.

“Independence really stood out because they have so many assets already in place and a proven track record of getting things done,” said Ann Lichter, director of strategic partnerships with the Center on Rural Innovation and Rural Innovation Strategies Inc. “They’ve got broadband in place, and they’re one of the first (rural) communities to do that.”

That’s the infrastructure for engaging in the digital economy, she said.

“They’ve already taken steps to leverage that with some of the experiments they have underway,” Lichter said.

Irvine cited Independence’s Makerspace; a farm-to-fork partnership with Intel in which blueberries were tracked from the field to the distribution center; and an in-progress project for microclimate predictions for vineyards.

That work will be funded by an agreement between RISI and the U.S. Department of Commerce Economic Development Administration, according to a news release from the company.

“(The EDA) engaged us to do outreach to rural communities and to identify a set of rural communities to provide technical assistance to help them build out their strategies and apply for grants,” Lichter said.

Both organizations were founded by Matt Dunne, a former Google executive who also “served 11 years in the Vermont House and Senate, enacting the state’s first broadband grants,” according to CORI’s website.

“Not because they’re not innovative,” she said. “But because they’re often under-resourced in their ability to tackle a big federal grant on top of all the other things they’re doing, which is really challenging.”

That’s where this program is intended to help Independence and the eight other cities who were chosen by RISI.

“Essentially they’re helping us develop and fund a strategy to make Independence a hub of innovation,” Irvine said. “Of course, us being who we are, we want to put an agricultural technology spin on that as well.”

During the time Irvine spent with CORI leadership, he set out to pull their community partners together, he said.

“We’ve got a lot of really good partners, but we’ve been pursuing things in a very ad hoc way,” Irvine said. “When an opportunity pops up, we jump on it, all within this general umbrella of being a smart rural community, but not in a truly coordinated fashion.”

Those partners will be working on their own projects and research, he said, but the goal is to do it in a way that would help them reach their goals while helping Independence reach its, he said.

“Our role is to help them build out their strategy but also pull them into a network of other rural communities that we’re working with across the country, so that Shawn can get connected to his peers (in the eight other cities),” Lichter said. “They can all learn from each other and then at the national level, we create a set of tools to support folks like Shawn as they’re doing their work, and we can also play that intermediary role and connect them to other resources and partners.”

According to RISI’s news release, “participants will receive a range of support,” including video-conferencing with staff to assistance in refining their economic development strategy.

“Communities will secure live-work space for the hub, raise up to $500,000 in operating funding, and apply for matching funds at the end of Q1 2019,” according to the release. “In addition to the intensive technical assistance provided to the communities selected for this round, rural communities that need more time beyond Q1 2019 will have the opportunity to begin working with RISI’s team of rural economic development experts to build their capacity and prepare for future funding opportunities.”

Irvine said Independence already meets the “live-work” requirement, but the $500,000 is something they are working on.

“The technical assistance is aimed at helping us apply for an Economic Development Administration grant, which is a maximum ask of $750,000 and needs to be matched dollar-for-dollar with cash or in-kind contributions,” he said. “In-kind is basically donated labor, materials, space, etcetera.”

He said the city is “pulling together a wide variety of partners to meet this requirement, including the school district, Oregon State University, state of Oregon, Willamette Workforce Partners and Technology Association of Oregon.”

“The hard part is the fast turnaround, but we have built a good reputation for getting things done and folks are excited about the opportunity,” Irvine said.

Irvine said entrepreneurship and “development of the talent pipeline” is what the city wants to focus on.

“Entrepreneurship, this has been a goal of ours for a long time,” he said. “Growing our own. We want to work with existing businesses, help them grow and help people who are here start new businesses within the community. We need to make sure they have that skilled workforce so they don’t have to move that business out of town.”

“There’s a lot of tech companies and a lot of other kinds of companies where you can work from your home, you can work from a co-working space like Indy Commons,” he said. “We want to recruit those jobs here. But then at the same time, go into the schools and go into the community and get people trained up in those skills those businesses are looking for. It doesn’t matter if we can get them to bring the jobs here if we have to import somebody to fill that job.”

Irvine said they want to be inclusive with these efforts.

“We don’t want five years, 20 years from now if the median household income in Independence has doubled, I don’t want it to be because we imported a bunch of skilled rich people,” Irvine said. “I want it to be because we worked with the folks who are already here in the community, gave them the skills to get the right jobs that pay a better wage, that allows them to elevate their quality of life.”

He sees the upcoming 2040 visioning process as an opportunity to have a conversation about technology, innovation and entrepreneurship with community members.