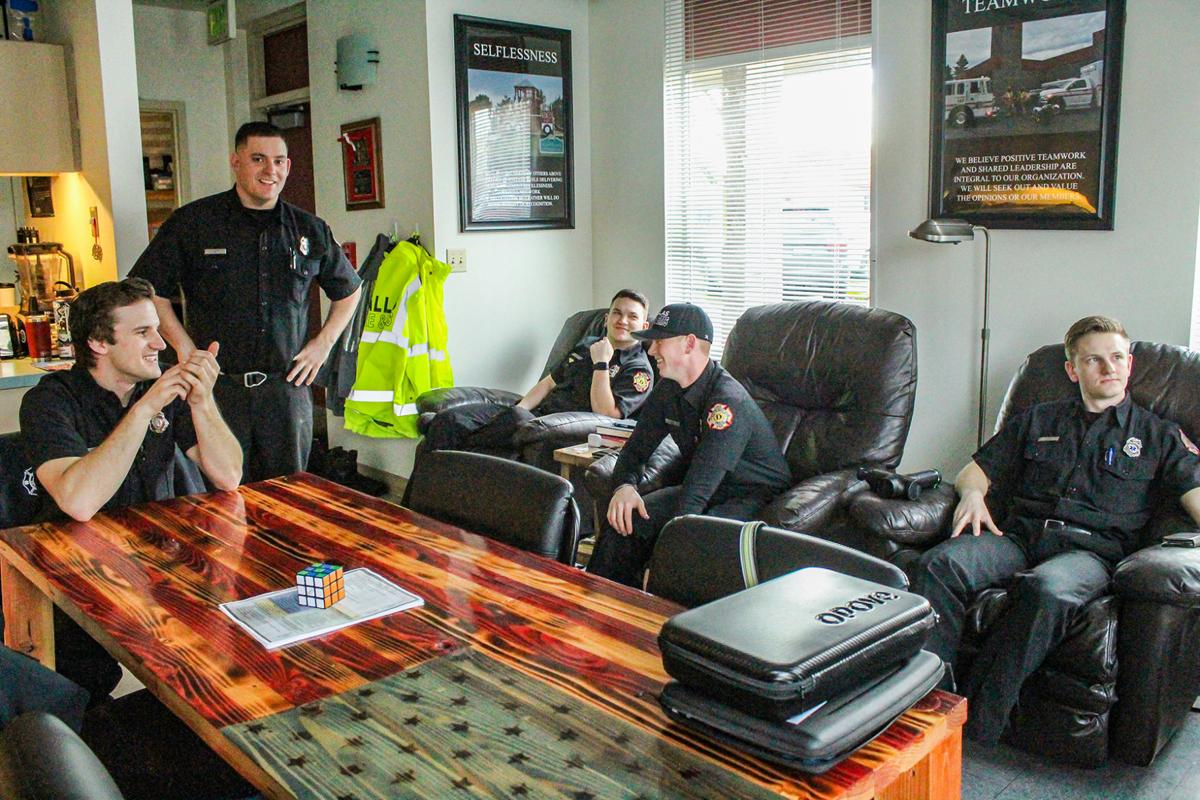 The EMS station has one room to serve as a kitchen, training room and lounge for medics waiting on calls. 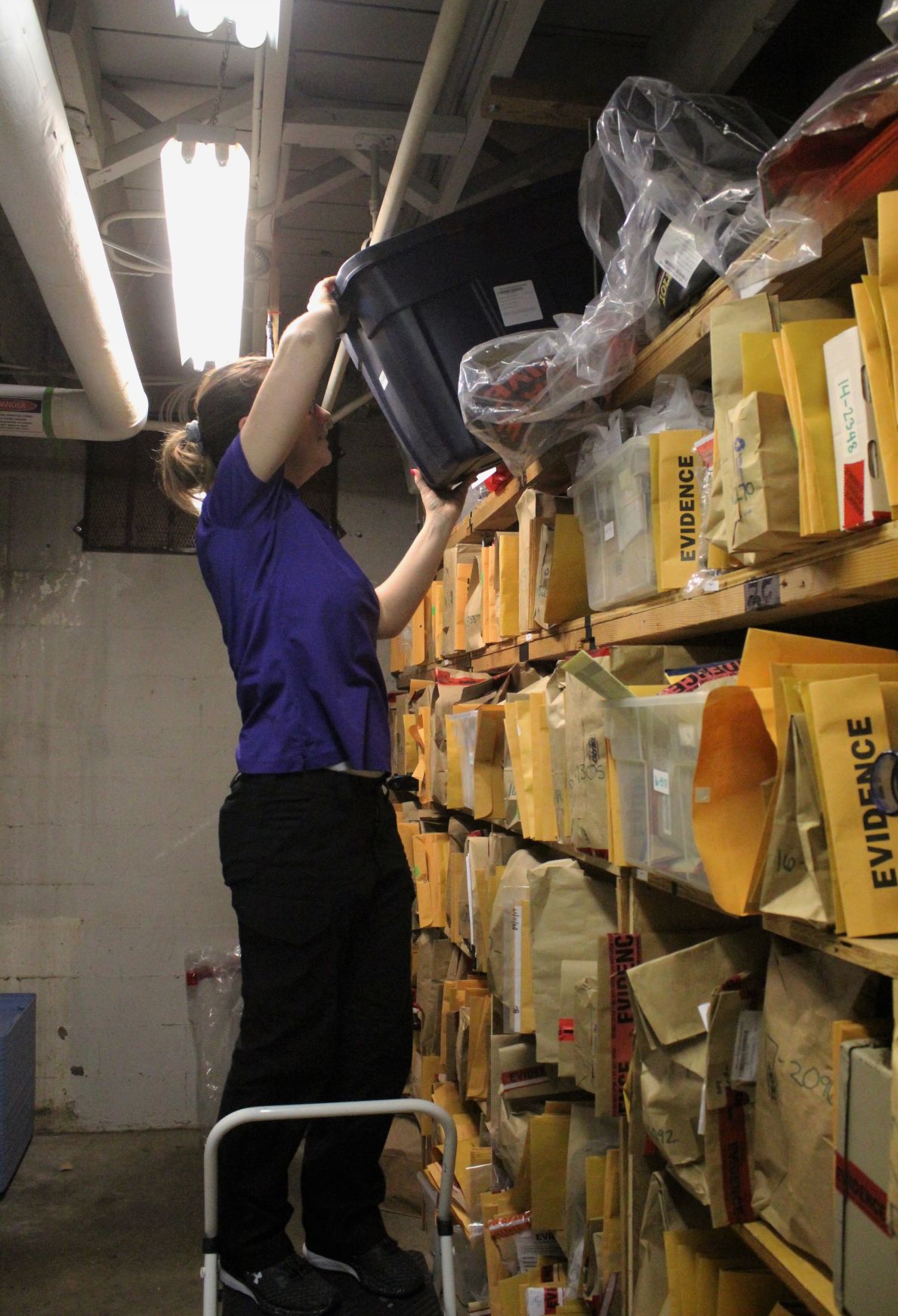 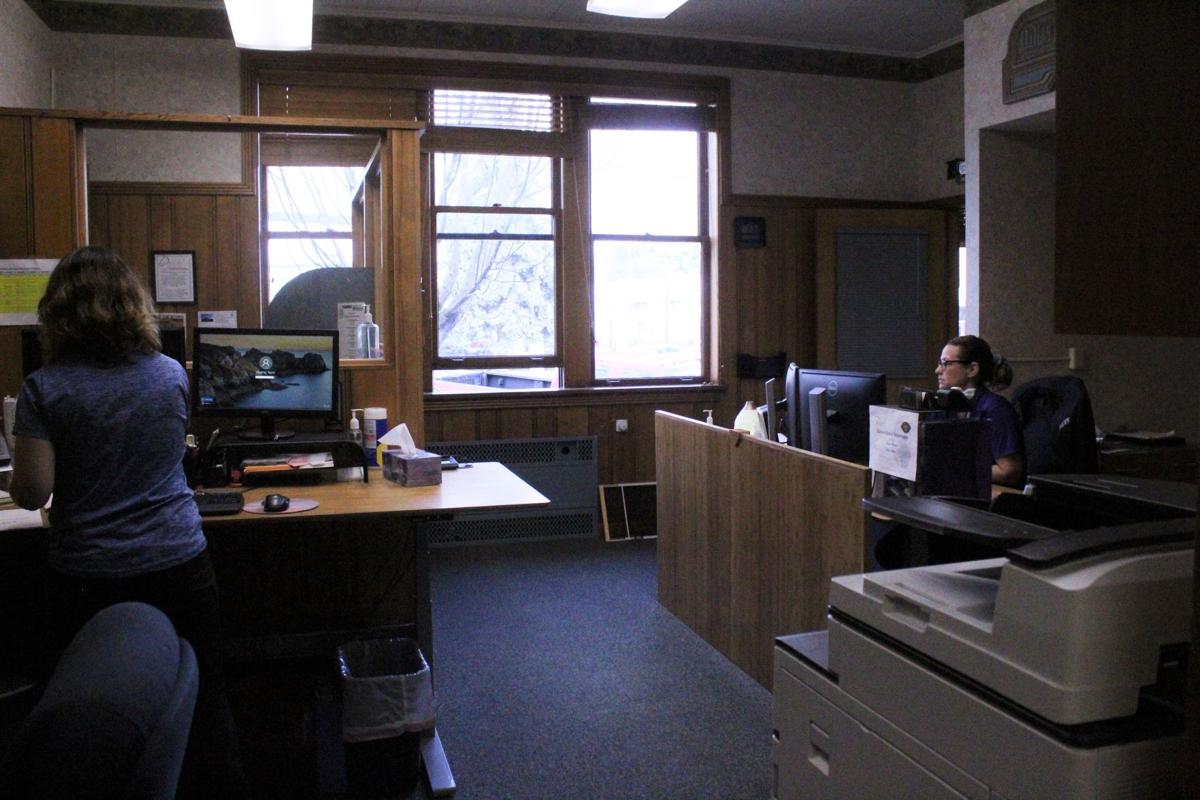 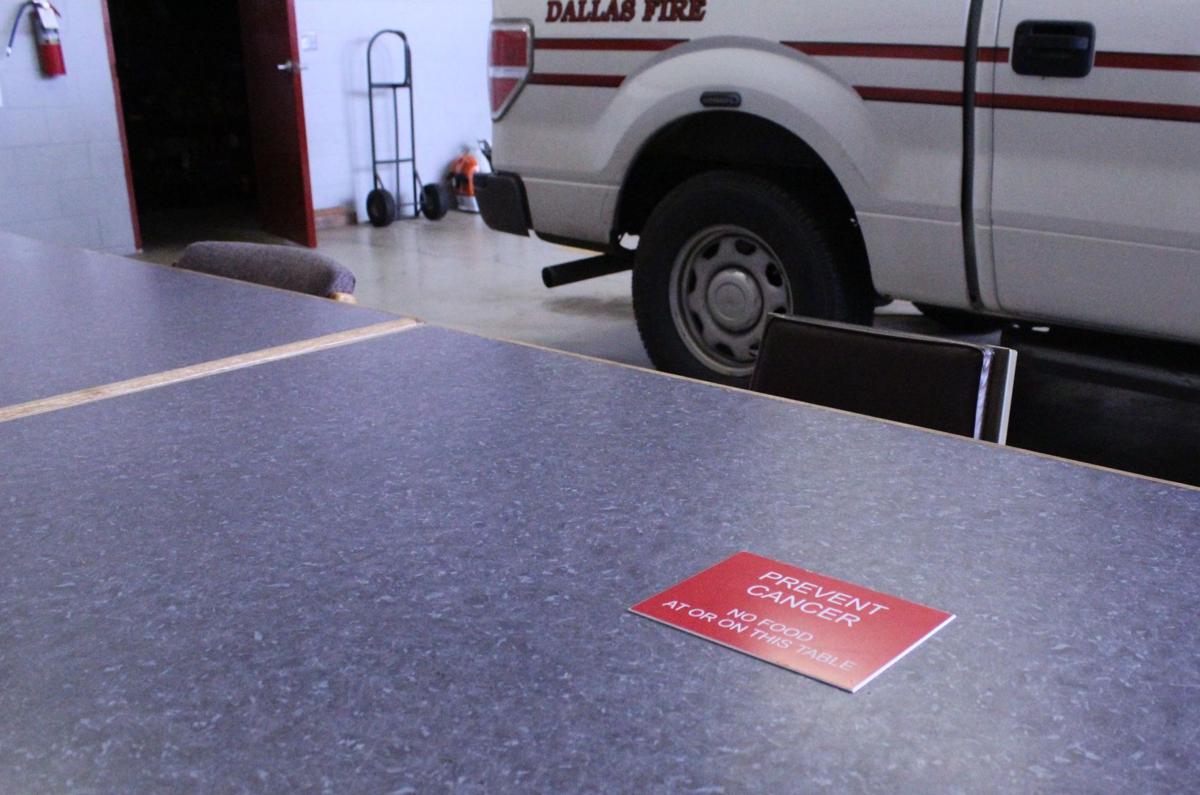 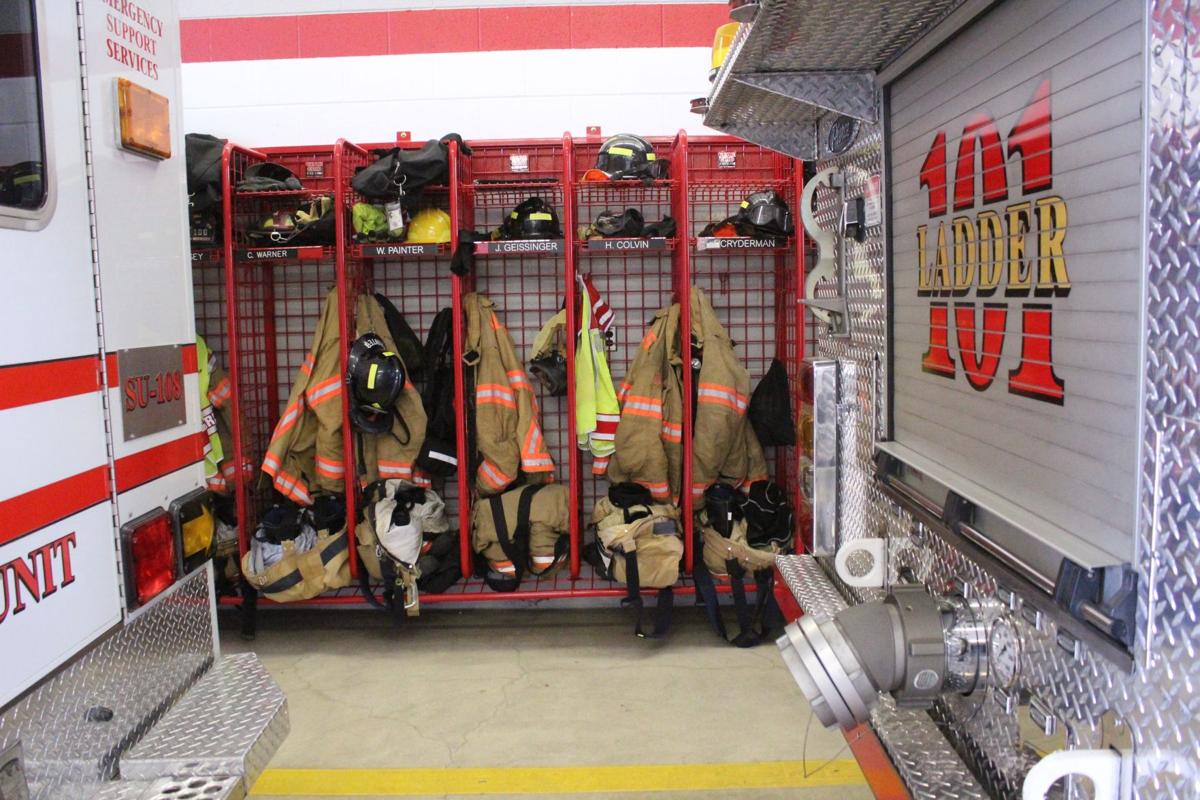 The EMS station has one room to serve as a kitchen, training room and lounge for medics waiting on calls.

DALLAS — The table in the squad room in the Dallas Police Station pulls triple duty: It’s a place to eat lunch, attend pre-shift briefings and process evidence for cases.

“It not very sanitary, but there’s not other space,” said Britneigh Hammill, the community liaison for the Dallas Police Department.

“No other space” could be used to describe the entire police station, which is divided up into three different locations in Dallas City Hall. Hammill said there’s no private place to take an initial complaint or report from citizens. The only private interview room has two-way glass and may be intimidating for someone filing a report.

Then again, so is reporting a crime in a busy hallway in Dallas City Hall, but that is often the only option, said Dallas detective Josh Calef.

“It’s tough interviewing someone, and some other worker in city hall walks by,” Calef said.

He said officers can take people to the Dallas Civic Center, but only if it is not in use. The center also doubles as a training room — there are mats stacked in the corner — but training must be scheduled around other groups using the space. Sometimes the department uses churches or other facilities in town for training, Hammill said.

The department has used every corner of its space — divided between three different floors in Dallas City Hall — and doesn’t have room to grow, or adequately serve its current employees.

Locker room facilities are insufficient for the size of the department. There are not enough lockers for each officer, and the women’s locker room is a converted storage closet.

Evidence storage can only be accessed by going through the men’s locker room. Parking for police vehicles and employee personal vehicles isn’t secure, and the doors to the station aren’t as secure as they need to be, Hammill said.

The department’s front counter doesn’t have bulletproof glass and only has one exit — just a few feet away from the counter — if an incident were to happen.

Just down the street at the Dallas Fire Station, 915 SE Shelton St., firefighters also don’t have a training facility. The department has nowhere for paid firefighters or volunteers to sleep, so there’s no 24-hour staffing at the station.

In addition, the station doesn’t have the facilities or space to implement the latest firefighter safety and health recommendations, said Fire Chief Todd Brumfield.

“In the last five years or so, the fire service has really taken a look at what injures and or kills firefighters, and one of the big ones is cancer,” he said. “When you look how fire stations have traditionally been built — or not been built and piecemeal together — you find out a lot of the things that we didn’t really take into account — where cancer lives and how it spreads with our buildings.”

The goal is to contain carcinogens to the smallest possible area. Exhaust from the fire trucks is one source of carcinogens firefighters are often exposed to. Currently at Dallas, turnouts — the protective gear firefighters wear during fires — are stored in the fire bays next to the engines. That exposes them to exhaust and UV light, both of which degrade the turnouts.

Fire & EMS Captain Frank Ehrmantraut said the station’s decontamination area is inadequate for the latest health recommendations. It’s next to the truck bays, and doesn’t allow firefighters to take off their gear and step directly into a shower to clean off.

The shower facilities — there are two shower heads separated by curtains — are in a room adjacent to the bays and may also be affected by exhaust.

Across the parking lot at the EMS station, there are two bunk rooms, one for women and one for men, with four people potentially sleeping in one room.

“We are kind of at our max for this building,” Ehrmantraut said.

Ideally, each person on duty would have their own room. That way if one ambulance team was called out in the middle of the night, the other team isn’t summoned from sleep when it isn’t necessary.

“This used to be my job over here, so I loved it,” Ehrmantraut said. “But I also don’t miss the tight quarters.”

The ambulance station has one room serving as a kitchen and dining room, training area and as a dayroom where the crews spend time while not on calls. EMS crews are on 48-hour shifts and stay at the station the entire time.

Erhmantraut said it depends on the shift, but the station could have as many as eight or nine people in it if fire personnel and students studying to be paramedics are working.

“It gets really packed,” he said.

Erhmantraut said the Fire & EMS crews do their best to follow recommendations for their own health and safety, but are limited by the facilities they work in.

“We’re pretty lucky, the city has been good to Fire & EMS. We’ve got two new ambulances, a brush truck and an engine,” he said. “More paid daytime staff. Really the building is the next big obstacle in our way. There’s no real room to grow.”

Looking to make improvements for both police and fire, the city had a committee look at the options beginning in May of 2019. That committee, which consisted of city councilors, public safety staff and citizens recently recommended the city move forward with a plan to build a combined police and fire facility where the fire station is now.

City manager Brian Latta said the other option was to remodel the building that formerly housed the Department of Human Services at 177 Oak St. as a new police station. The steering committee decided against that plan because, while it would be an improvement for the department, it wouldn’t allow for growth, nor would it include upgrades for Fire & EMS.

He said one of the main reasons for deciding against that proposal is that it would take a commercial property off the tax rolls to house a public facility.

“There’s also concern that just addressing the police station with the DHS building would create a more challenging time to get the bond measure passed than if you coupled the two facilities together,” Latta said. “Given those facts put together, the committee recommended the city council pursue a general obligation bond for shared police and fire facility.”

The new facility would allow for shared training areas, secure parking for police and adequate locker room space for both departments, and more space for EMS staff and facilities for overnight fire coverage.

He said if more staffing is needed, the rooms could have bunk beds, which could double the size of the overnight crew.

Dallas Police Chief Tom Simpson said the plans provided by Mackenzie, the consulting firm that designed the shared station, require some fine tuning, but the department’s needs are accounted for in the plans.

Councilor Jackie Lawson asked if the city had a cost estimate on renovating the current police facility.

“Have we evaluated any renovation of what we have here? How much would it cost for an upgrade of current facilities?” Lawson said. “People are going to ask. They are going to say, what if we renovate what we have?”

Latta said the city doesn’t, because that wasn’t a consideration.

“I think what you will find is that there are so many problems and constraints within the city hall where the police department is today,” Latta said. “We can’t really fulfill their needs with renovating the existing police department.”

Lawson said she and her fellow councilors understand that, but citizens might not.

“I’m just talking as far as how do we answer that question well enough to the community?” she said. “Because the question will come up.”

The council, which was presented with the recommendation on Feb. 3, will pursue the plan, and will spend the next year fine tuning the proposal and gauging citizens on what they would support paying for.

Latta said he will present the council with a schedule of outreach events and information about voter polling in the next few months.

Donn Anderson, a citizen who served on the steering committee, said the city should conduct tours to show people the current facilities before doing a poll.

Biden on faith: I had to find purpose after losing my son