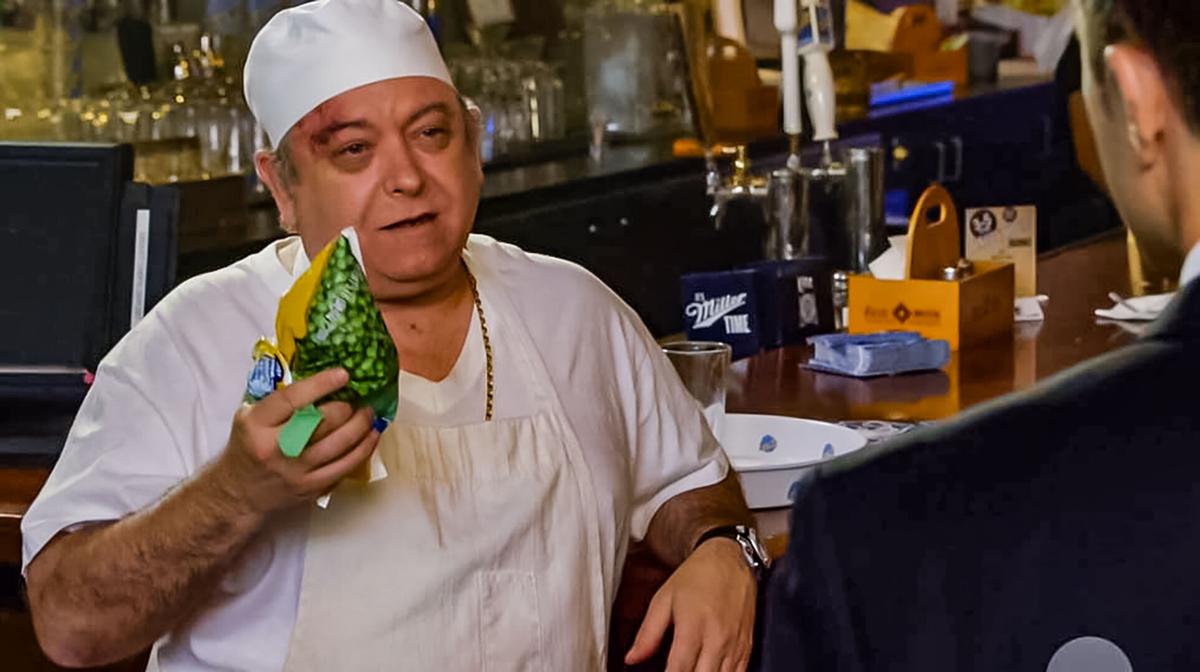 Bob Olin of Polk County plays the cook/owner of a diner where a man possessed by an ancient god of chaos is about to ruin everyone's day in a third season episode of the TV series "The Librarians." Jonathan Frakes, the actor who played Cmdr. Will Riker on "Star Trek: The Next Generation," was the supervising producer on the series and directed Olin. 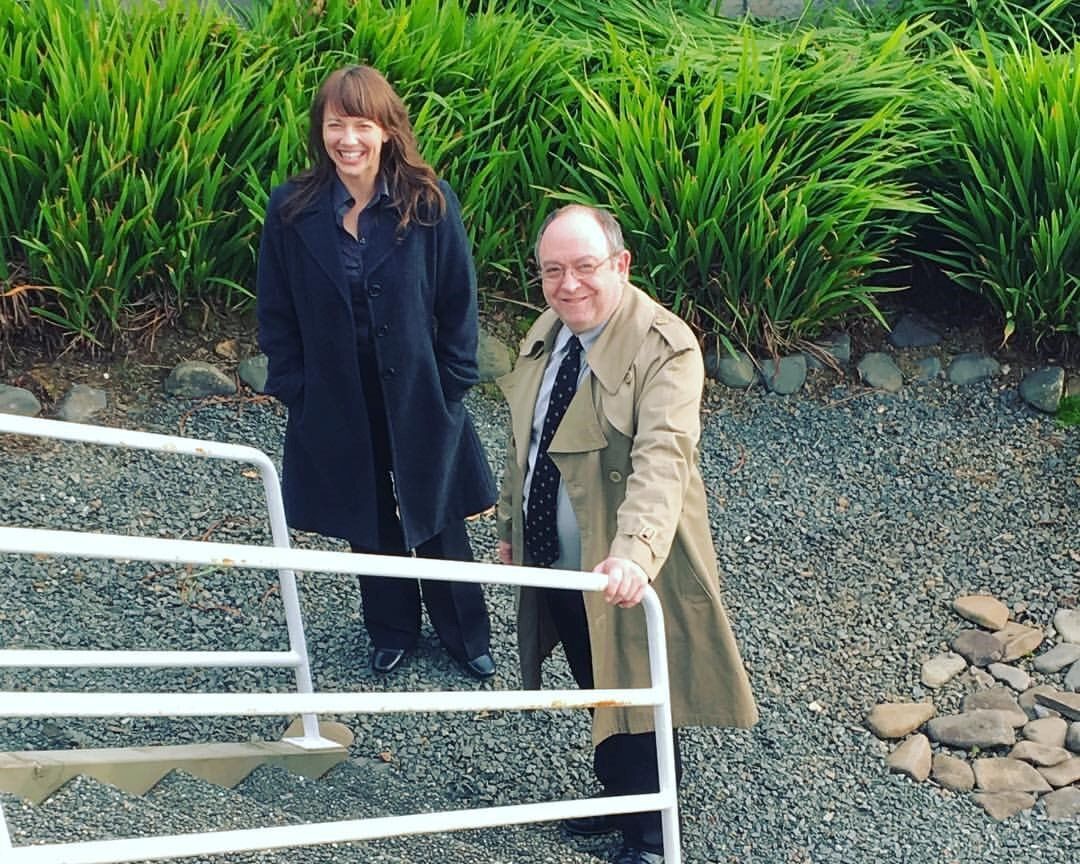 Falls City native Bob Olin plays Det. Gray, a big city cop who comes to a small town to investigate a murder with his new partner Det. Green (played by Portland actor Haley Talbot) in the 2018 thriller "Seaside." The movie starred Araina Debose from the Broadway cast of "Hamilton." 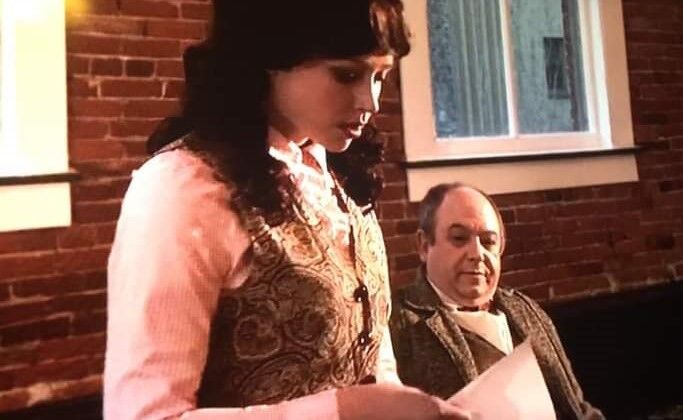 Bob Olin portrays Editor John Cockerill of the New York World in the 2015 movie "10 Days in a Madhouse." Caroline Barry stars as reporter Nellie Bly, who goes undercover at an insane asylum in 1887 to expose the abuse of its patients. 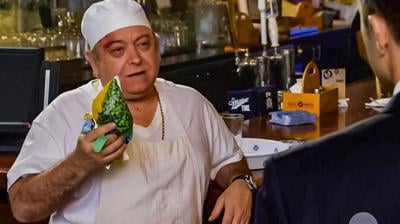 Bob Olin of Polk County plays the cook/owner of a diner where a man possessed by an ancient god of chaos is about to ruin everyone's day in a third season episode of the TV series "The Librarians." Jonathan Frakes, the actor who played Cmdr. Will Riker on "Star Trek: The Next Generation," was the supervising producer on the series and directed Olin.

Falls City native Bob Olin plays Det. Gray, a big city cop who comes to a small town to investigate a murder with his new partner Det. Green (played by Portland actor Haley Talbot) in the 2018 thriller "Seaside." The movie starred Araina Debose from the Broadway cast of "Hamilton."

Bob Olin portrays Editor John Cockerill of the New York World in the 2015 movie "10 Days in a Madhouse." Caroline Barry stars as reporter Nellie Bly, who goes undercover at an insane asylum in 1887 to expose the abuse of its patients.

Oscar bait, it was not.

A sexy vampire hides out in the town of Backwash as it gears up for its annual Tripe Days Festival. Meanwhile, a local family wins a magazine contest to have a room redecorated. The vampire sees a chance to create an unholy legion of bloodsuckers.

In other words, the movie offers just another heart-warming slice of life in small-town America. Academy voters weren’t in the mood for that. Tim Robbins instead took home the best supporting actor Oscar that year for the grittier “Mystic River.”

“That one was a ton of fun to make,” the long-time Polk County resident said. “We got to go to Winlock, Washington. We shot it in the home of two of the cast members. That’s another one of the movies that almost became a cult classic.”

Almost. But not quite.

That could be the story of Olin’s prolific, but nonetheless obscure, film career. Many of his movies came oh-so-close to finding a wider audience.

He is definitely prolific, with 49 screen credits on the Internet Movie Database. That’s two more than Ryan Gosling. The difference is people have heard of Ryan Gosling from movies such as “La La Land” and “The Notebook.”

Fewer people have seen “Blood Creek Woodsman” and “The Drifter.”

That’s OK, said Olin. “I never wanted to be the world’s greatest actor,” he said. “I’m nowhere near that level, and I know that.”

When he acts — whether on stage or film — he does so for love rather than money or fame.

The Falls City native fell in love with acting as a child.

“My first theater memory was in the second grade,” he remembered. “It was a school play. I was a newsboy. I don’t remember my line, but I do remember turning around, looking at the crowd, and thinking ‘Oh, my gosh, I want to do this for the rest of my life.’”

The other day, Olin said, his mother handed him a stack of stuff, including a small note from 1970 labeled “Bob’s Christmas play.” It included his one line from the play. “That’s being framed, and it’s definitely going in a place of honor,” he said.

Olin continued to act as a student at South Albany High School. He appeared not only in school plays, but also local productions. “After my school day, I would go home and eat and rehearse,” he said. “I sometimes rehearsed two or three plays at a time. I don’t know how I graduated, to be perfectly honest.”

After graduating from South Albany in 1984, he wanted to take his place among the stars.

“My plan after high school was to move to Hollywood and become an actor,” he said. “I remember grabbing my diploma, folding it up, and saying, ‘Hollywood, here I come!’ It didn’t happen, but I’m kind of glad it didn’t happen. I didn’t get to live my dream, but it in a way, I have.”

Some of his fellow actors from his youth managed to find work in Hollywood. “They all tell similar stories,” Olin said, “One of them called Hollywood a cesspool. I kind of took that to heart.”

Trying to find acting roles gave him a thick hide, he added. “You learn a lot about rejection in this business,” he said. “I’ve probably auditioned for 10 times as many roles as I have been cast in.”

Living close to Portland opens a few more acting opportunities these days. Olin has appeared in the television shows “Portlandia,” “Grimm” and “The Librarians” — all of which often shoot in Oregon.

“Portland is very active,” Olin said. “It hasn’t been too active lately, of course, but I’m hearing from my agent that it’s picking up. I’ve become a little more selective about my auditions. I don’t want to do a project just for the sake of doing a project. It takes time away from my family.”

With credits like his vampire movie as well as titles such as “Beyond the Wall of Fear” and “The Devil Knows His Own,” one might think Olin specializes in horror movies.

However, he has played a wide variety of roles.

The 2015 movie “10 Days in a Madhouse” may sound like a horror flick, but it’s actually the true story of how 19th-century journalist Nellie Bly went undercover at New York’s notorious insane asylum for women to expose the mistreatment of patients.

Olin played John Cockerill, the editor of the New York World in 1887. It was a challenging role, Olin said. “It was different and had a less-than modern style,” he said. “It was difficult to wrap my brain around of a more formal speech.”

However, he added he loved the straight-forward and honest approach screenwriter and director Timothy Hines brought to the movie. “That was what I appreciated about Tim,” he said. “The script was telling a story honestly about how this woman changed history, which was beautiful.”

The movie was made largely in Salem and starred Caroline Barry in the role of Nellie Bly. Olin played all his scenes with Barry. “She was a fun scene partner,” he said.

Other co-stars included Christopher Lambert, known for his roles in “Highlander” and “Greystoke: The Legend of Tarzan” as well as Kelly LeBrock from “Weird Science” and “The Woman in Red.”

Olin’s first brush with celebrity came when he worked as an extra on 1997’s “The Postman,” directed by and starring Kevin Costner. It was also Olin’s first screen appearance.

He made some friends on the set. One of them called to see if he wanted to play a demon in a 2003 movie called “The Seekers.” Almost 20 years of other movie roles followed.

Olin is particularly proud of “Drifter,” a movie he made in 2014, directed by Corvallis filmmaker Joe Sherlock. It was his first chance to play a title character. Like “Bloodsucking Redneck Vampires,” he said, it almost became a cult classic.

In the movie, Olin’s character is completely silent. “You think its one kind of move, and then it takes a left turn,” said Olin. “It’s not a slasher movie.”

Olin continues to perform on stage as well, appearing in shows such as “Spamalot” at Albany’s Majestic Theatre. Acting on stage and screen are very different, he said. “In film acting, you can be a little more real,” he added. “You can have those little moments. You don’t have to be big and broad.”

In the 2012 short film, “The Broken Flute,” Olin spent three days acting as a character in mental stress, usually crying. “It was absolutely emotionally draining because I had to put myself there,” he said.

His next project is “Veterans Voices Project II.” Leigh Matthews Bock, the communications, event and project coordinator for the city of Lebanon, came up with the idea of interviewing veterans and dramatizing their stories.

The stories were presented on stage at the Majestic Theatre. This year, because of COVID-19 restrictions, the performances were filmed. They will be streamed Wednesdays, Nov. 11 and 18, at www.majestic.org. Donations are accepted to benefit the theater.

“We rehearsed via Zoom for three weeks,” Olin said. “The first week was interesting because I was in the middle of passing a kidney stone.”

Eventually, four cameras were set up at the Majestic. “We kept social distance rules,” Olin said. “It was kind of a block party.”

Olin performs in two of the stories. In one of them, he plays a veteran of World War II who was a Japanese prisoner of war. The dialogue is based on the man’s testimony immediately after being released. At the request of the veteran’s family, Olin wore the man’s watch.

“I was honored to have him there with me, in a sense, on stage,” he said.

He will add honoring the veteran’s story to all the memories he’s collected over decades of being on stage and before the cameras. Those memories are more important than receiving the Oscar, Olin said.

Disney to lay off 4,000 more employees than it initially reported

The Honey Pot Company is changing the feminine hygiene aisle