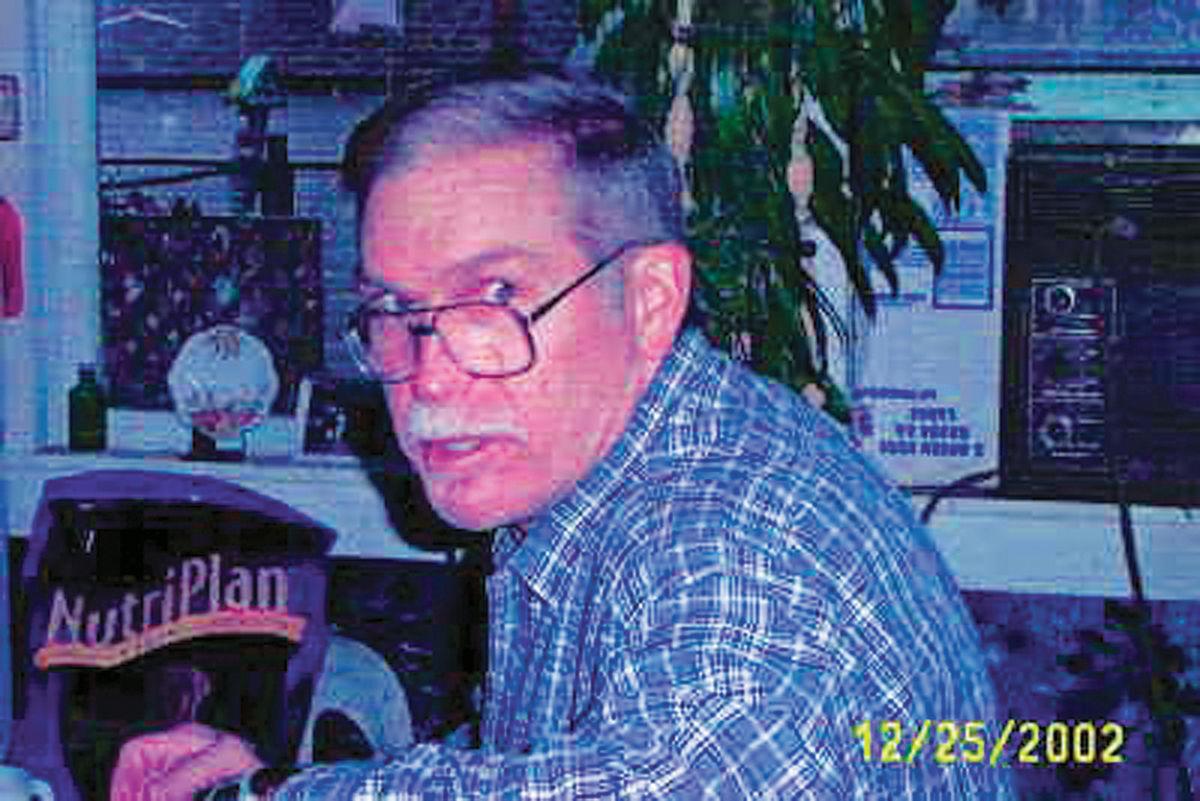 Photo courtesy of the Polk County Sheriff’s Department An episode of “Cold Justice” will look into the disappearance of Glenn Pennie. 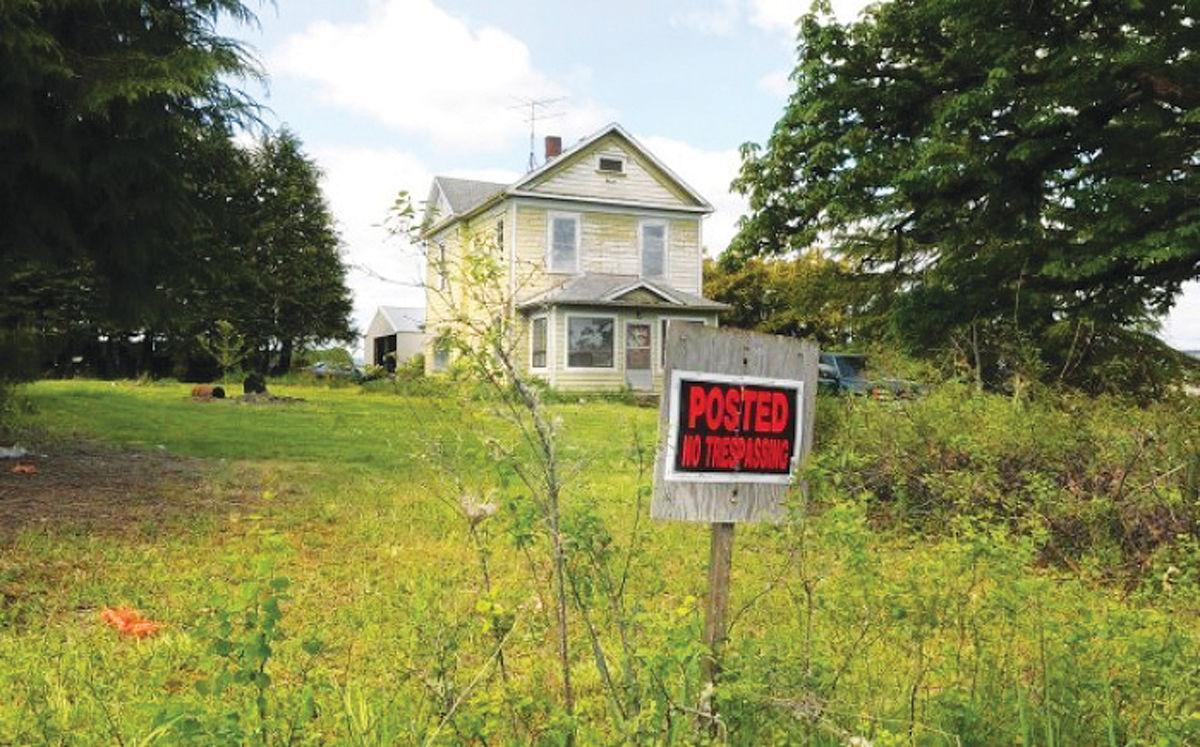 The producers of Oxygen’s “Cold Justice” looked into the case of Glenn Pennie.

Photo courtesy of the Polk County Sheriff’s Department An episode of “Cold Justice” will look into the disappearance of Glenn Pennie.

The producers of Oxygen’s “Cold Justice” looked into the case of Glenn Pennie.

Pennie vanished from his home on Airlie Road at some point between the evening of Oct. 3, 2004, when he made a phone call, and Oct. 5, 2004, when he was due in Oakland, Calif., for a hearing on his late father’s estate.

“There’s just so many weird things. His truck was packed. He was ready to go. He was supposed to be in California,” Williams said. “He told his neighbor, you know, ‘Watch my cat, get my mail. I’m leaving in the morning.’ And he never leaves. There was no sign of a struggle. Absolutely no indication of what happened to him, and nothing from him since — bank accounts — nothing has been touched since.”

The sheriff’s office had up to seven suspects at the time, but not many leads on the case, until Dean Pennie, Glenn’s nephew, started talking.

Dean is the son of Glenn’s brother, Dale Pennie. Dale has always been considered a prime suspect in the case, and his son had a habit of saying things that indicated he knew what happened to Glenn, especially when he was under the influence of intoxicants, Williams said.

He said the Polk County Interagency Narcotics Team arrested Dean on distribution of marijuana charges. He and his father lived in Coos County at the time.

“We had a case that led us to him through one of our local informants. We got him arrested,” Williams said. “He’s made comments over the years, usually when he’s drunk. ‘I told dad Uncle Glenn starting to stink, you better put more lime on him,’ that Glenn was kidnapped, driven down to his dad’s place, taken to a bus that’s buried underground, tortured and killed.”

Dean would talk, but backtrack every time police investigated.

“When we had the opportunity to charge him with distribution of marijuana years ago, we dangled the reward money and dropping of charges if he would just tell us what happened to Glenn,” Williams recalled. “He passed all that up, saying ‘I’m just talking. I don’t know anything.’”

He goes to prison — and then starts conspiring with his cell mate to kill the informant who tipped off police about the marijuana.

Williams said he designed a plan to kidnap the informant, kill him and bury him “next to Glenn.”

“We anticipated the serving of a search warrant on Dale’s property, but things went sideways with the informant,” Williams said. “He thought we were lying to him and the whole thing just kind of fell apart.”

That left officers with Dean, who would get out of prison soon. They wouldn’t have enough for a search warrant unless he confessed.

“He walks out of prison, breathes fresh air for about 30 seconds and gets arrested on conspiracy to commit murder,” William said. “Again, the offer of reduced sentence and money is thrown at him and he takes back everything.”

What promised to be a break went up in smoke.

This weekend, Williams and members of the sheriff’s office are hoping for another break — one that leads to resolution in the case.

The “Cold Justice” episode on the case, “A Deadly Inheritance,” airs on Saturday at 8 p.m.

Producers had been talking with Garton and Williams about the case for a few years.

“When you look closely examine Glenn Pennie’s life, it becomes very clear that he would never just walk away from all that he had,” said Kelly Siegler, a show producer and investigator, via email. “We all wanted to find the person responsible for that.”

Glenn and Dale were set to split their father’s estate, 75/25, with Glenn getting the larger share. Their father had several properties and a large gold coin collection, all potentially worth millions.

Williams said investigators suspected both brothers had been stealing coins from their father.

Theories that Glenn left on his own hold weight. He had disappeared before for five years with his daughter. His inheritance also made him a potential victim, especially since the brothers weren’t exactly on friendly terms.

“Glenn said often enough to anybody who would listen, ‘If anything happens to me, tell the police to look at my brother,’” Williams said.

Dale isn’t the only suspect in the case, however, and the show highlights others who may have had motive and opportunity.

Williams and Sgt. Michael Holsapple appeared in the episode and assisted the crew through filming in Dallas, Coos Bay, Portland, Bandon, and Oakland.

Siegler said someone among those they interviewed has the answer to what happened to Pennie.

Williams said he was nervous at first to appear on the show, but is impressed with the smooth production.

“They were so well prepared,” Williams said. “Kelly was amazing. After it was over, I was sad to see them go.”

Williams viewed an early cut of the episode and said it will generate some tips.

“We’ve just never had that one thing that pushes us over to, now we know what happened,” Williams said. “We know that somebody knows what happened. We are just looking for that tip that points us in the right direction.”

From Stonewall to today: 50+ years of modern LGBTQ+ history