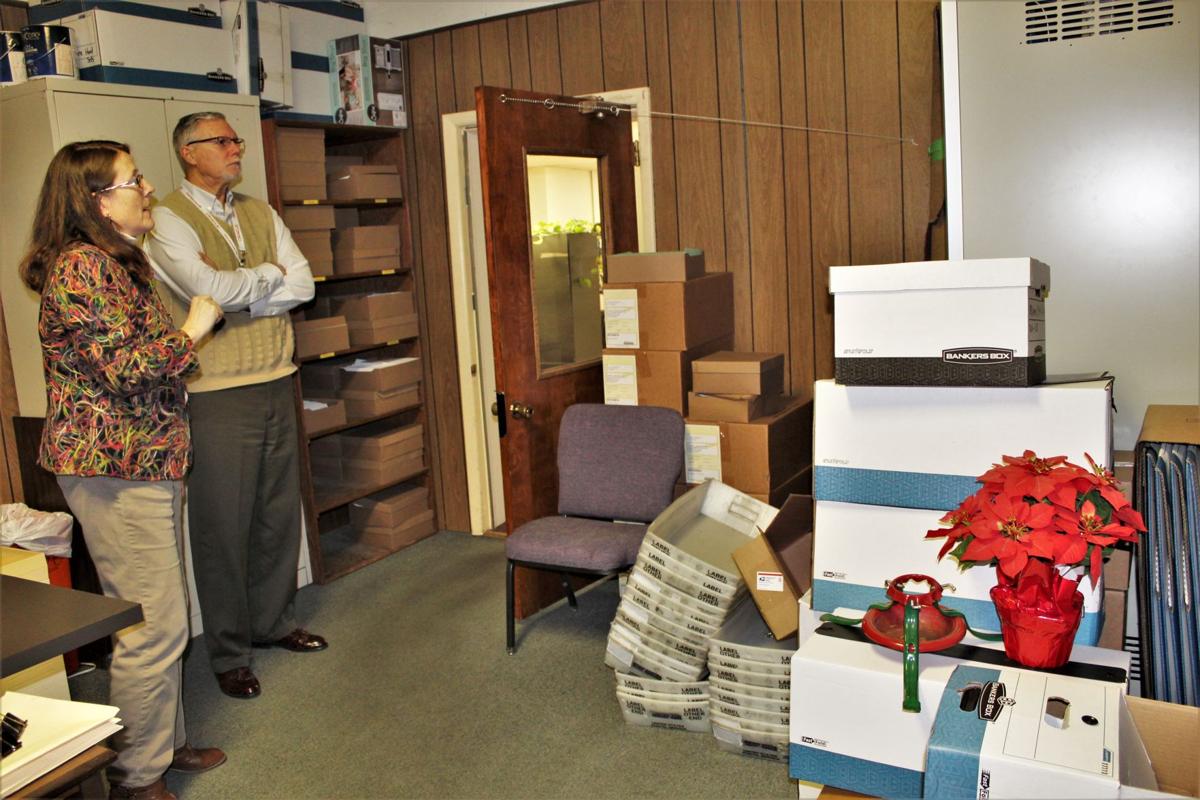 Janet Chenard, finance director, and Chad Olsen, interim city manager, gave the I-O a tour through Monmouth City Hall. This is a copy room that doubles as storage space. 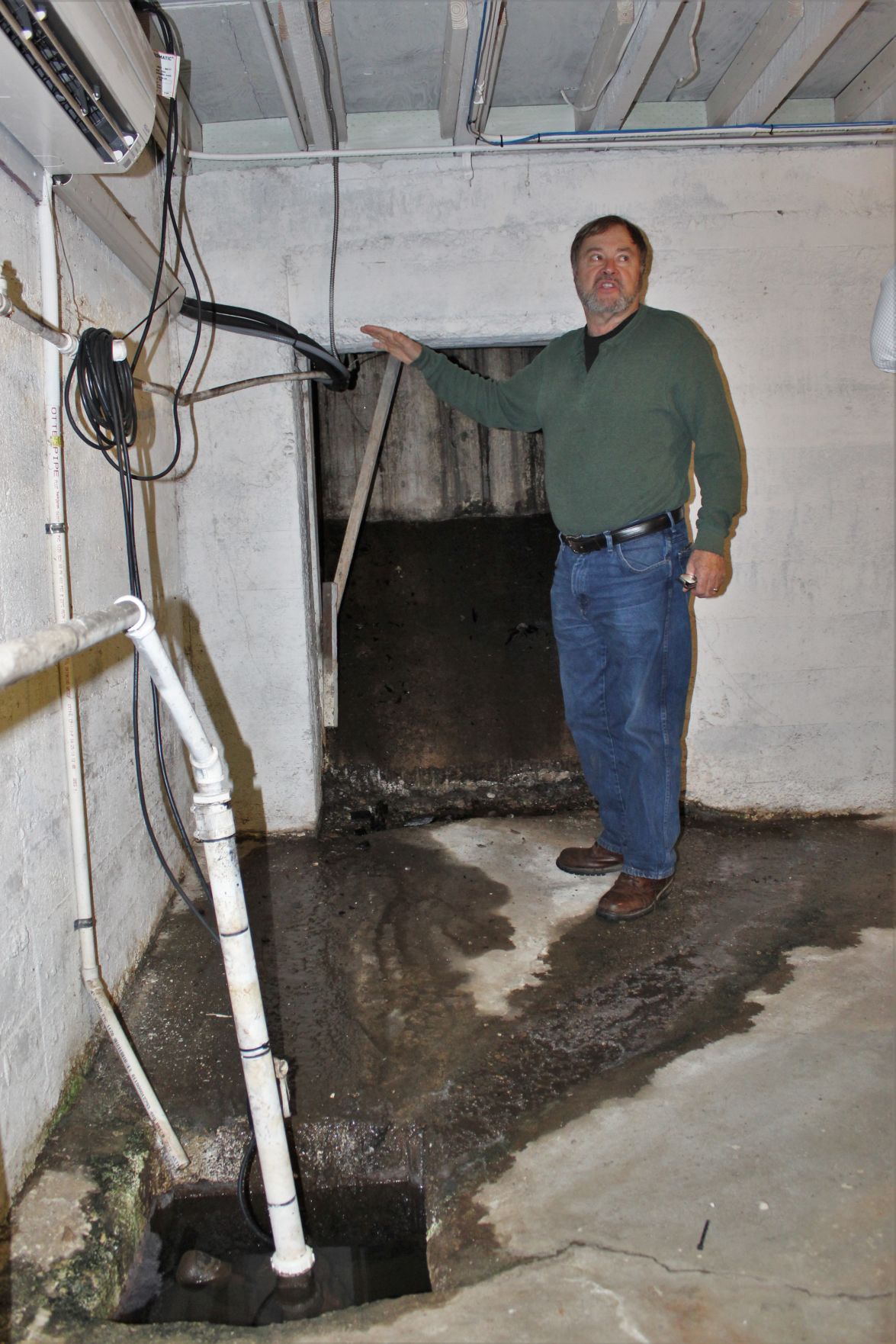 Larry Thornton, building official, stands in the basement of city hall, which is used for storage. A sump pump was installed because water still comes in from the old coal chute and other areas. 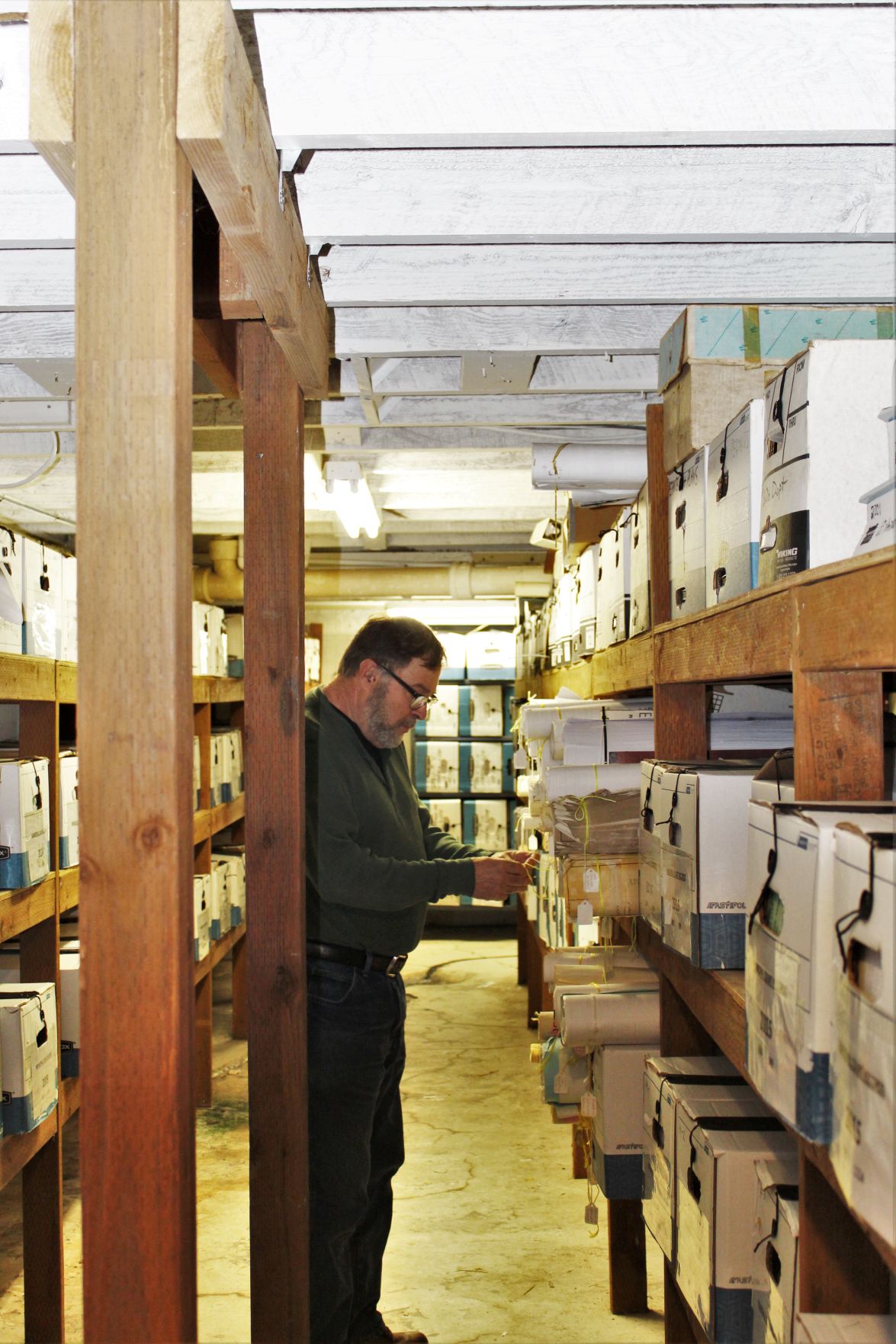 Larry Thornton looks through some of plans stored in the basement. 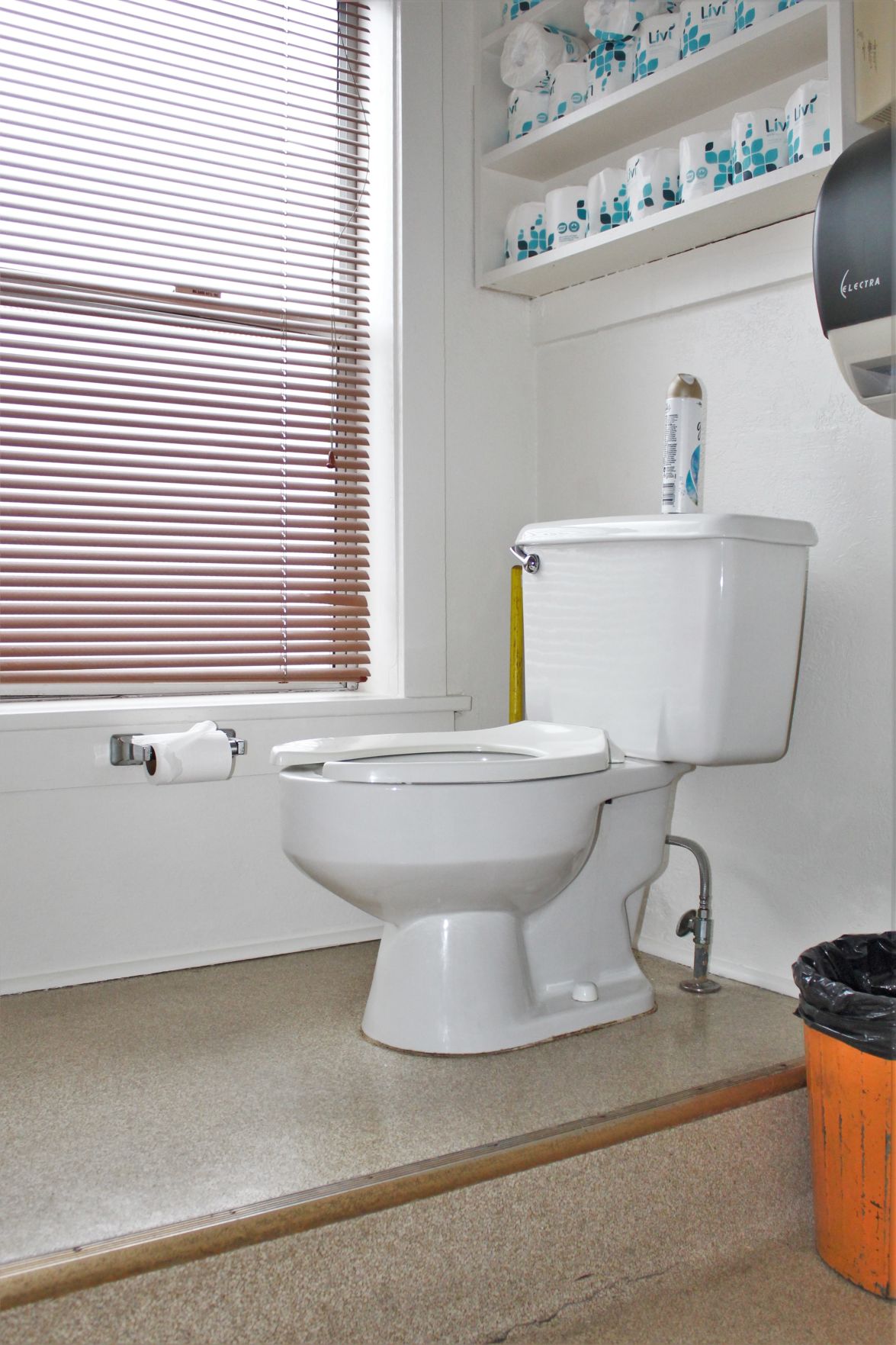 There is a step in the upstairs bathroom at Monmouth City Hall.

Janet Chenard, finance director, and Chad Olsen, interim city manager, gave the I-O a tour through Monmouth City Hall. This is a copy room that doubles as storage space.

Larry Thornton, building official, stands in the basement of city hall, which is used for storage. A sump pump was installed because water still comes in from the old coal chute and other areas.

Larry Thornton looks through some of plans stored in the basement.

There is a step in the upstairs bathroom at Monmouth City Hall.

MONMOUTH — The first thing you’ll notice when you open the door labeled “basement” is the smell.

It’s not as bad as it used to be, according to city staff, and the flooding that caused the musty odor is only one of the reasons the city is working toward a new city hall.

There isn’t enough storage or office space, and the building is not compliant with the Americans with Disabilities Act, said Chad Olsen, interim city manager.

The city hired FFA Architecture + Interiors in December of 2018 to study renovation and replacement options.

The findings of the study were presented to councilors in October of 2019.

In his report to councilors in an Oct. 15 work session, Olsen said the “consultants concluded that remodeling costs for city hall would likely be the same as building new, and would not achieve optimal results.”

“Both options are approximately the same cost at slightly more than $7 million,” Olsen said.

Some of those changes mean a need for additional work and storage space, bathrooms and meeting areas, he said.

Community input is critical to the process, Olsen said.

FFA is holding the first of three meetings on Wednesday, Jan. 29, to present the project to the public and invite participation from Monmouth residents.

“It’s kind of a listening meeting to hear the community talk about their perspective of what the project should look like,” Olsen said. “The outcome will be dependent on the input.”

In the second meeting, FFA will present some options based on feedback they receive at the first meeting.

“Then at the final meeting (they will) kind of go back to the final report for the council,” Olsen said.

Monmouth City Hall, 151 Main St. W., was built in 1929 and also used to house the fire and police departments.

Currently the city manager, recorder, court clerk, and the finance, community and development departments work out of the building.

It’s gone through some renovations in its 90 years, but there are still issues of safety, space and accessibility.

“It’s unreinforced brick,” Olsen said. “It’s not the small brick that you see, they’re like cinder block. Clay bricks that you would see — no concrete, no rebar, so it’s unreinforced.”

That type of construction is an issue across the state, he said, because of anticipated seismic events in the Cascadia Subduction Zone.

“There’s a lot of investments that go into seismic upgrades in public facilities,” Olsen said. “What I hear is part of this process, to try to remodel this with seismic upgrades would be an inefficient use of money because even if you could do that — where they strap things together — you’d have this big investment in the building but you would still have lack of space.”

Putting in an elevator to help make the building accessible would take out of existing space, he said.

There are two bathrooms in the building, one upstairs and one downstairs. Neither is ADA-compliant because of their narrow doorways and steps.

“What if we had a preferred candidate for some position that had a disability,” Olsen said. “They would need access to (the building). If they were a finalist, we would have to figure out how to provide an accommodation. I would be figuring out how to do a remodel so that whatever need is met. I have a real a concern for those types of things.”

City staff sometimes meets with people in Volunteer Hall rather than in their office because of the lack of accessibility.

The layout of the building also poses some challenges for departments.

“You have people located in spots, not next to their coworkers where they should be,” Olsen said. “Phyllis (Bolman), the recorder, is a high-contact position. She’s (upstairs). Same thing with community development. They do a lot of meetings with developers, property owners, business owners, things like that.”

Though the configuration hasn’t been decided, Olsen said the plan is to build the new building where the current one stands, with an entrance still on Main Street.

Existing trees will be considered during the planning process.

“We’re hiring an arborist to come out to check the health of the trees if there is a desire to keep them, we want to make sure that they’re healthy,” Olsen said. “You just want to be sensitive to it. This is Oregon, we love trees. At the same time, trees are a renewable resources.”

IA: BOARD DENIES CHANGES TO MEDICAL MARIJUANA USE