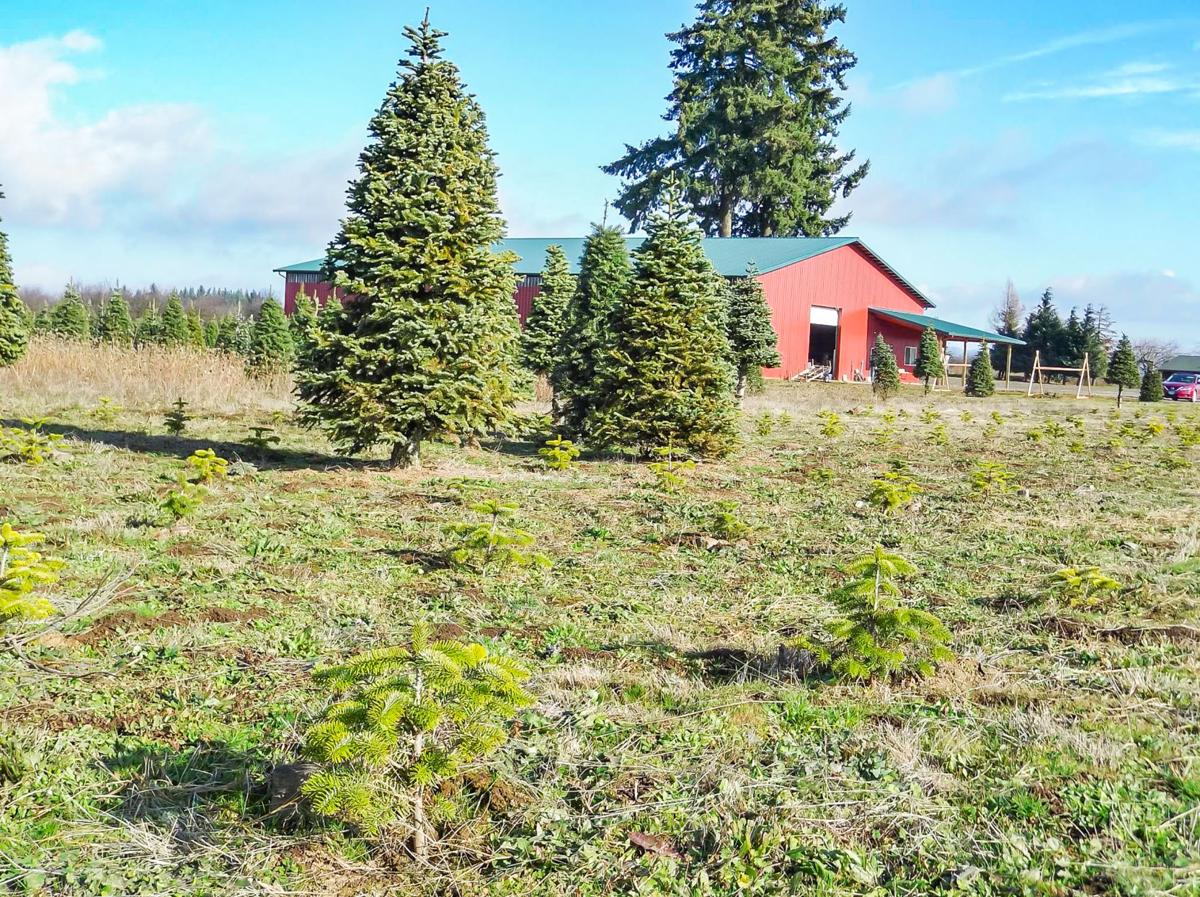 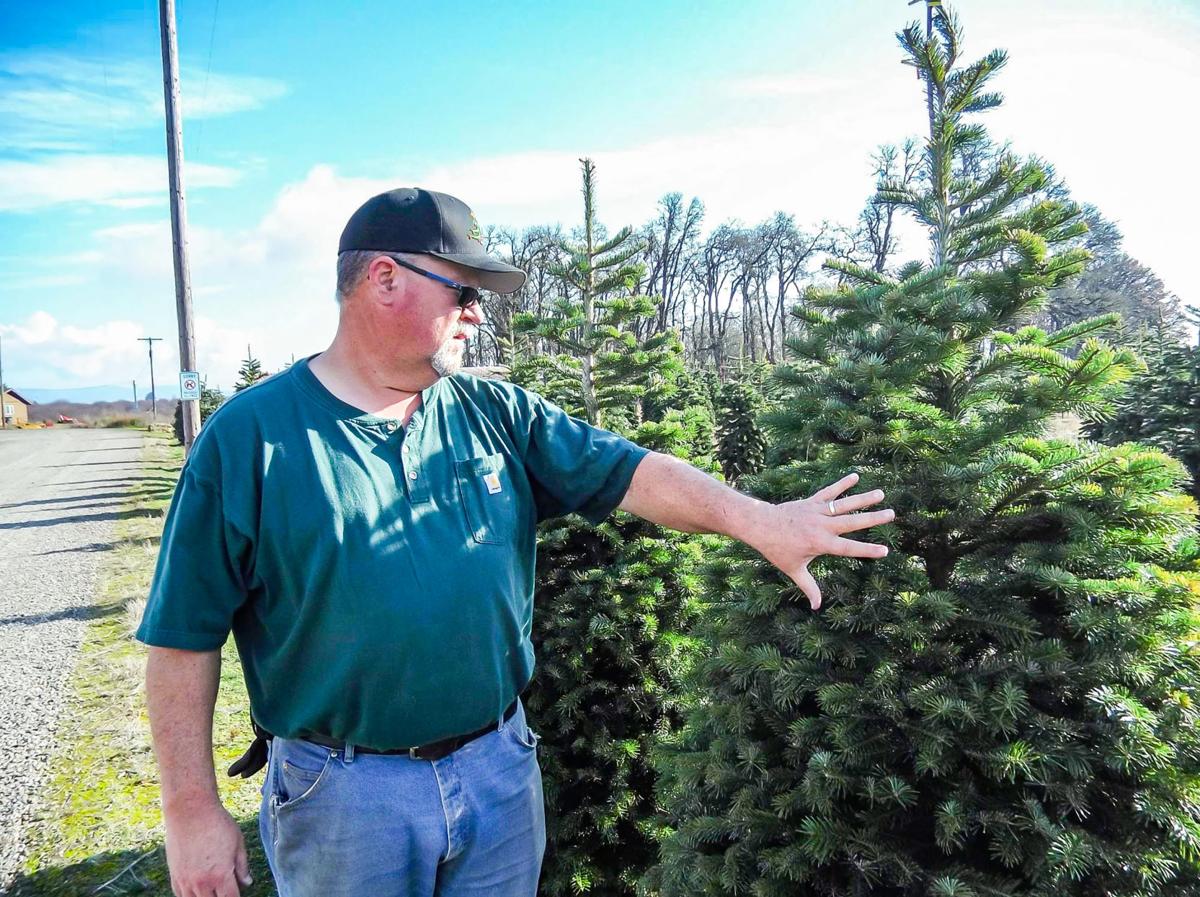 Don Beal points out attributes  of a Nordmann fir. 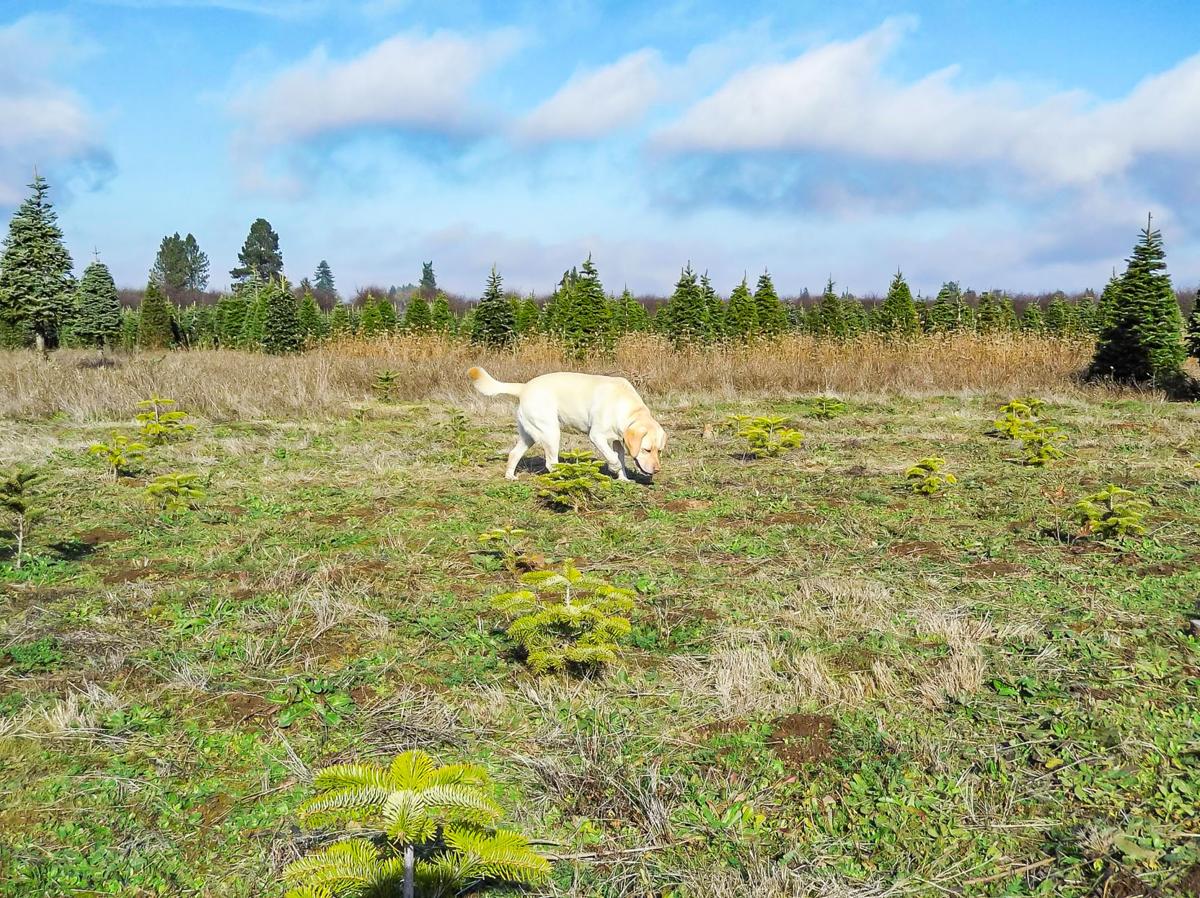 Farm dog Anna checks out the Nordmann seedlings on Sunday. 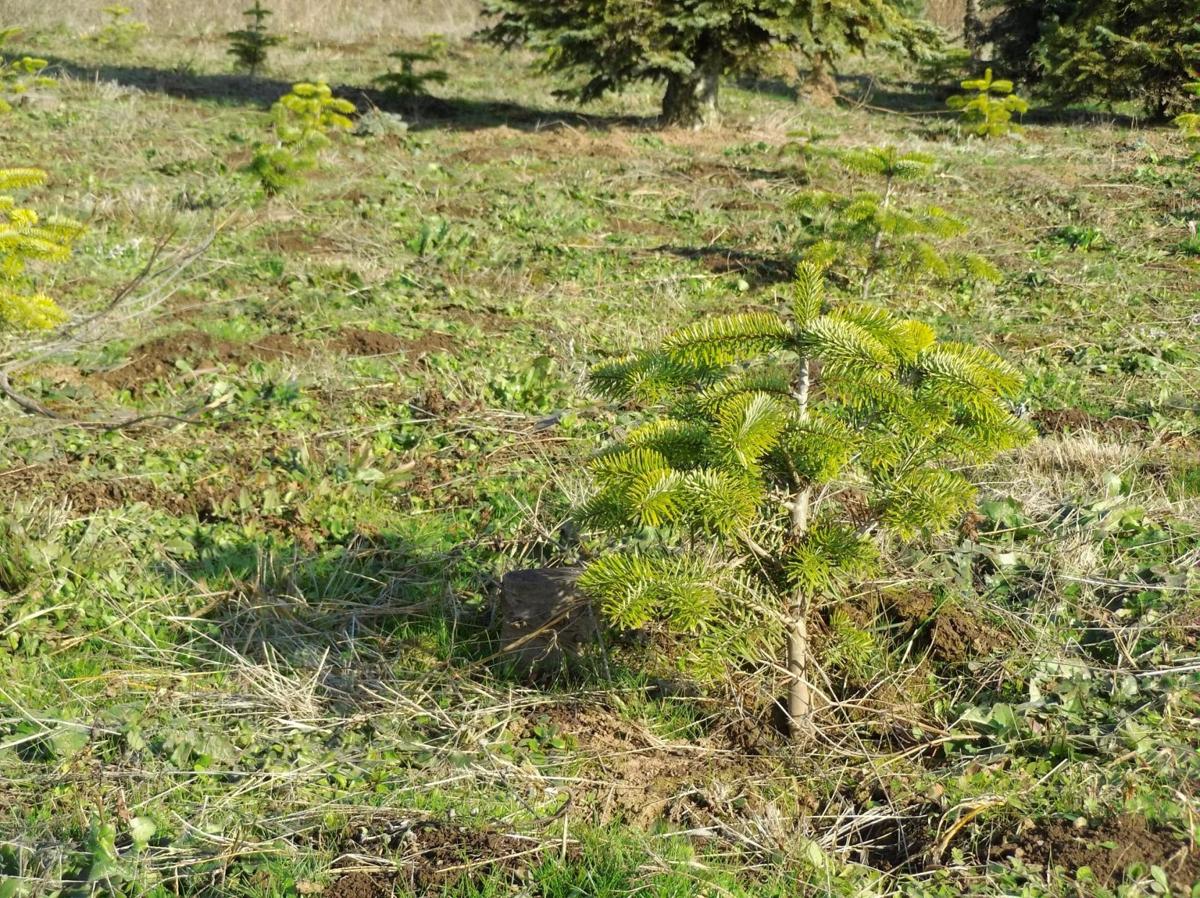 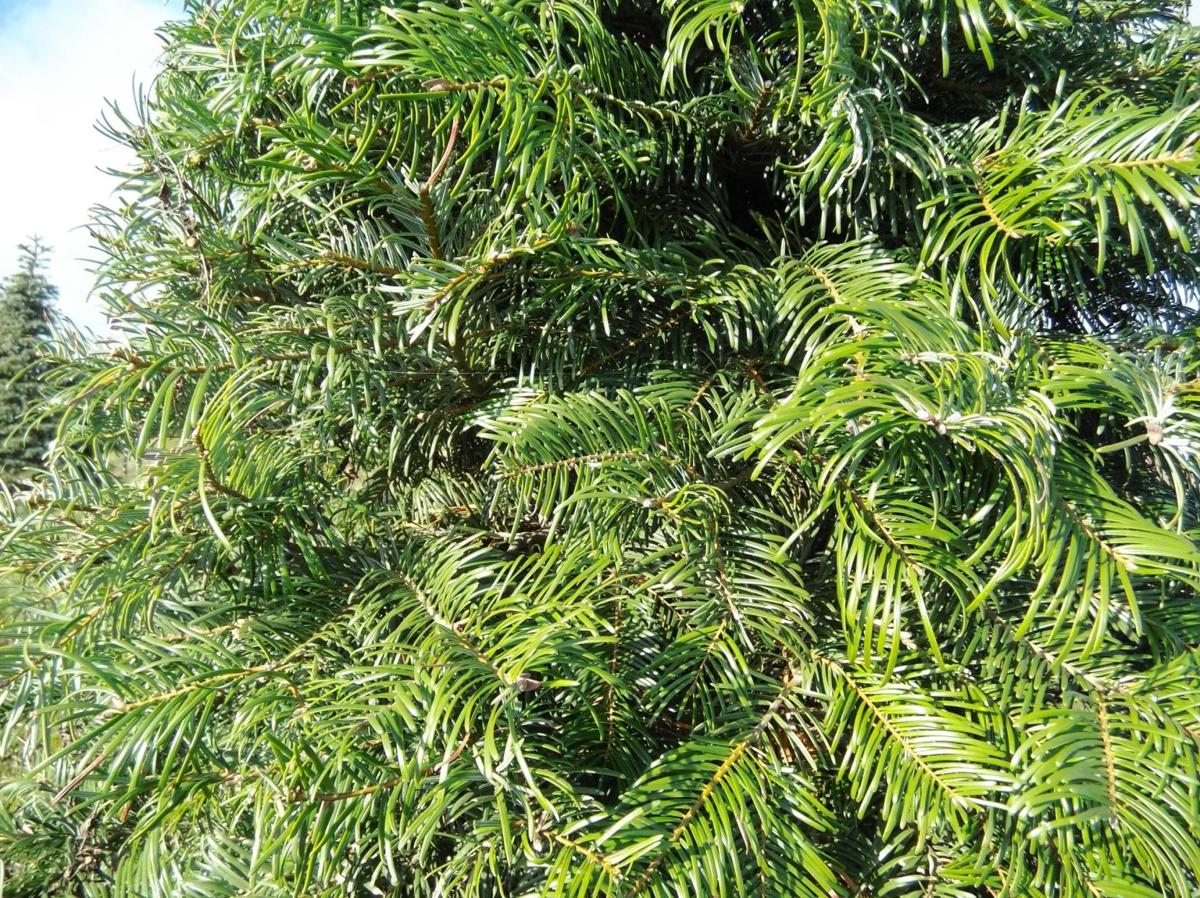 Don Beal points out attributes  of a Nordmann fir.

Farm dog Anna checks out the Nordmann seedlings on Sunday.

POLK COUNTY — Production of Christmas trees in Oregon has decreased by about 50 percent in the last decade, said Chal Landgren, Christmas tree specialist for the North Willamette Research and Extension Center.

A few things have contributed to a lower supply of trees. One thing is the economy 10 years ago. With a downturn, large growers planted fewer trees then, resulting in fewer trees today. Another issue has been a string of warm, dry years.

“It’s a cycle,” he said. “It changes with how the market is with selling. Right now, it’s a good time to have trees because prices are robust and supply’s a bit down from where we were 10 years ago, for sure.”

For Jo Ann and Don Beal, owners of Beal Christmas Tree Farm, the shortage of trees has affected them a bit.

“When the market for Christmas trees was really low, a lot of the really large growers decided not to plant because it wasn’t worth their time or money,” Don Beal said. “So now that they’ve kind of come back, they’re planting their acreage again, and it’s getting harder for us little guys to get seedlings to plant, too, because they’re all bought up.”

Landgren said the nurseries also felt the impact. Some have cut back their production of seedlings or required prepayment to avoid having too many to sell.

“Most of them start with 2-year-old seedlings,” he said. “They lost out when people didn’t buy those trees. They’re going to require deposits.”

The Beals have been fortunate so far, Don said, in that they’ve been able to get some new seedlings each year. But the weather has taken its toll on even the hardier Nordmanns.

Now, Don Beal said they are looking at not being able to get Nordmann-fir seedlings next year.

And that could be problematic longterm, as the Nordmanns are quickly gaining in popularity to the Noble-firs.

While the Noble-fir can be finicky to grow, the Nordmann is a champion with strong branches and a long life — even after its cut.

“You can hang a lot of ornaments; they don’t drop needles; they’ll last,” Jo Ann Beal said. “I’ve had people say into February — they threw it out in February and it was still green.”

The Beals have other vaieties of trees, including the fragrant but fragile grand-fir, and nobles.

“We’re introducing something new,” Don Beal said. “We’ll have precut trees from the lower part of our property where we can’t let people go.”

“We have some really beautiful nobles down the hill, so we’re going to bring them up ahead of time. We’ll give them a fresh cut so they can bring them home and put them in their stand,” she said.

Prices have increased for trees this year, even at Beals’ and other u-cut lots, partly because of the increase in costs.

“It’s a labor intensive crop,” Landgren said. “There are tasks that a grower has to be paying attention to. 99 percent of trees in Oregon are shaped by somebody with a shearing knife and clippers.”

Trees must be individually shaped, as well as treated for pests, and replanted each year.

A lot of bigger tree growers around the state decided to do other things, Landgren said.

“We had roughly about 800 members in the Christmas Tree Association in Oregon, and we’re down to about 300,” he said. “People weren’t making money at it. Spending a lot of money and not making any.”

At the same time, he’s gotten three calls this year from people who want to start a Christmas tree farm.

“I think in Oregon, there’s a lot of u-cut farms, and every farm is going to be a bit different,” Landgren said. “Some were closed last year and open this year. Some will be open this year and closed next year.”

As for the Beals, they don’t see running out of trees anytime soon, but say it’s a time game.

“It takes an average of 7 to 9 years to grow to maturity, so we have all that time in between we’re trying to make up for,” Don Beal said. “The Nordmanns are a little slower — that’s the only downfall to the Nordmanns is they grow more slowly.”

With Thanksgiving coming late this year, the Beals have had a lot of requests to open early. The farm and holiday country store doesn’t open until Friday. They said they will consider opening the week before Thanksgiving next year, though that doesn’t help anyone who wanted a tree gracing their Thanksgiving festivities, Don Beal said.

Tag, you're it! Chidren's game gets revamp