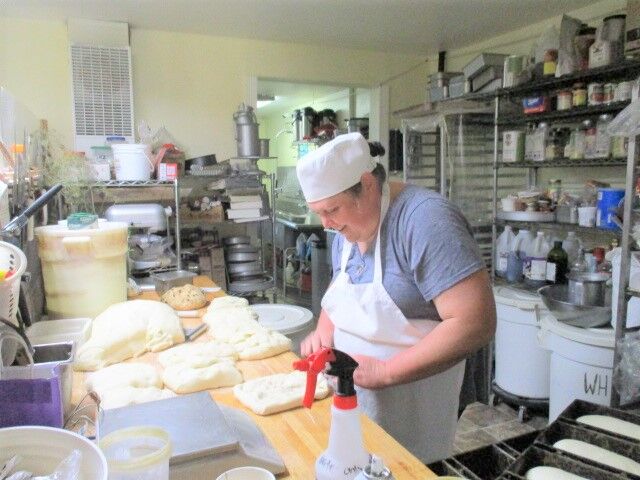 Katie Schaub kneads dough in the back of the bakery. 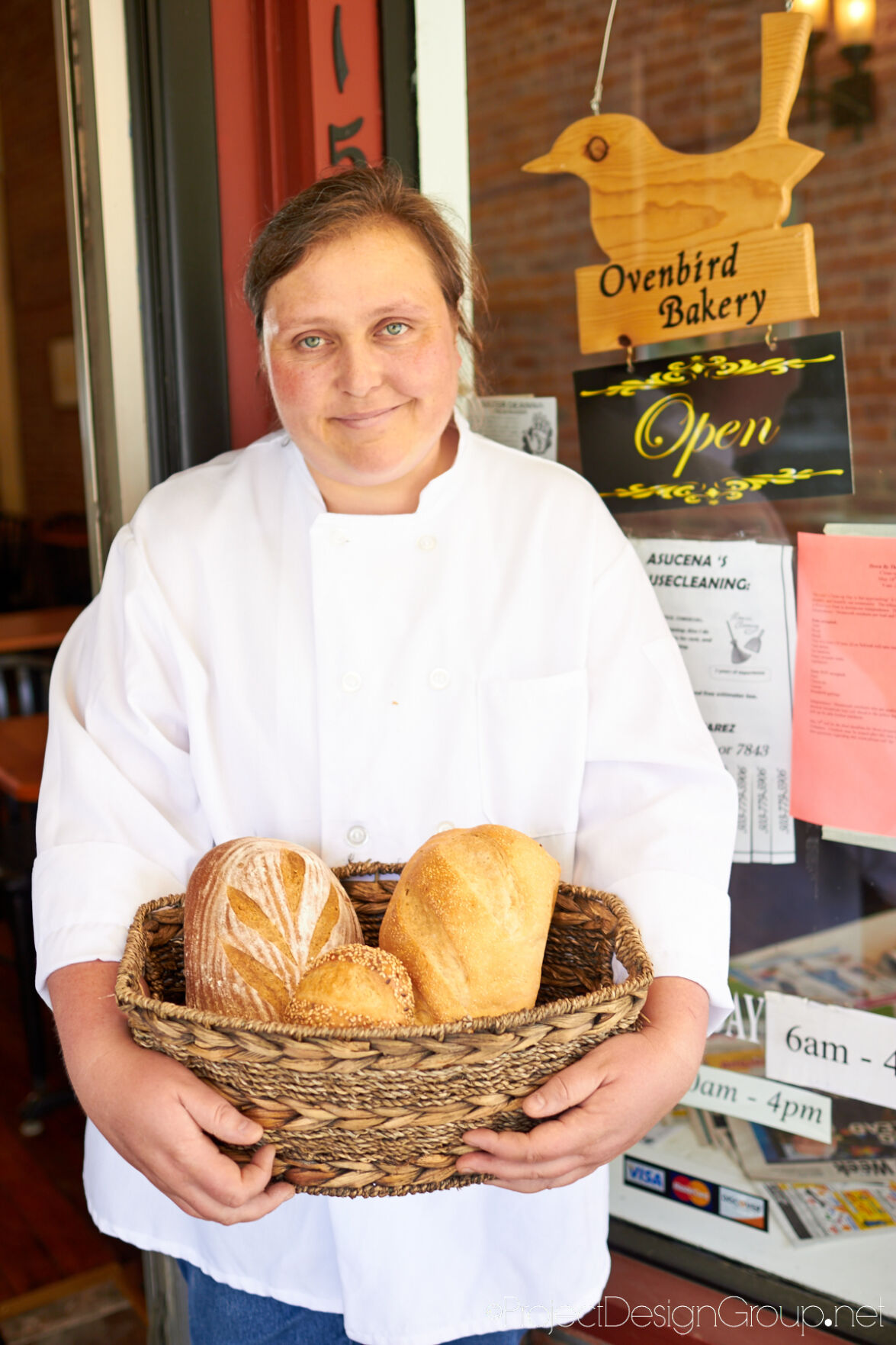 Katie Schaub, the Owner of Ovenbird Bakery on cover of city of Independence brochure. 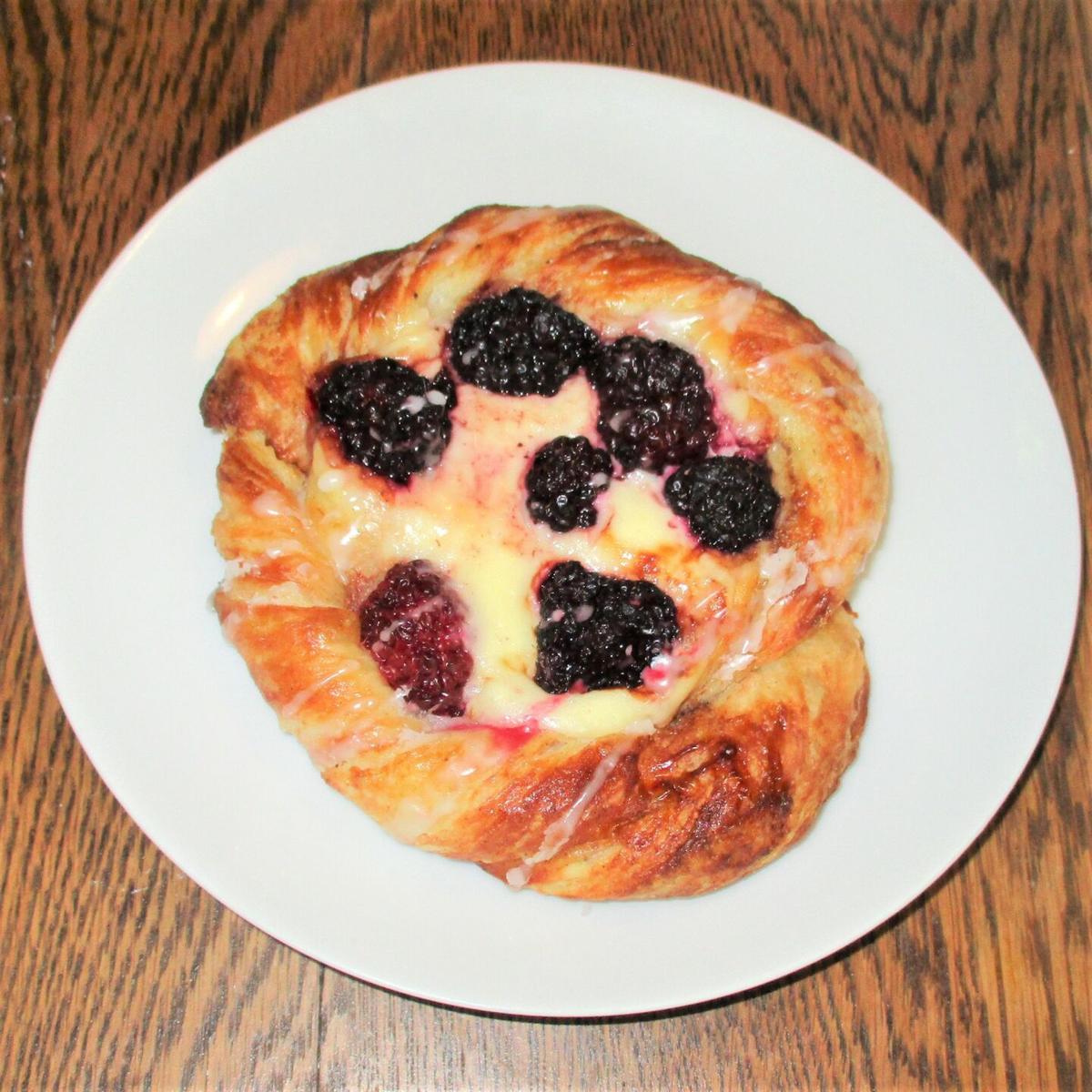 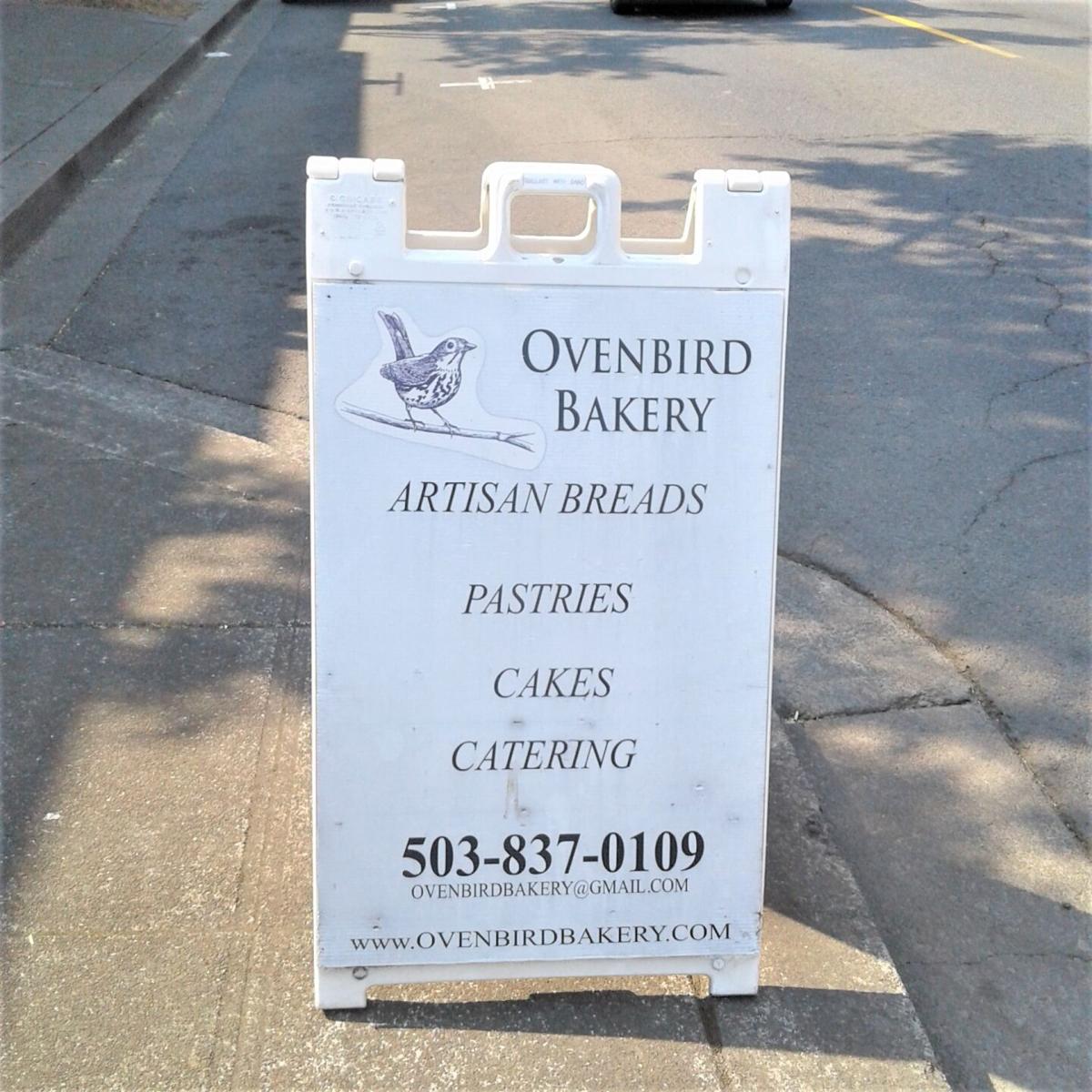 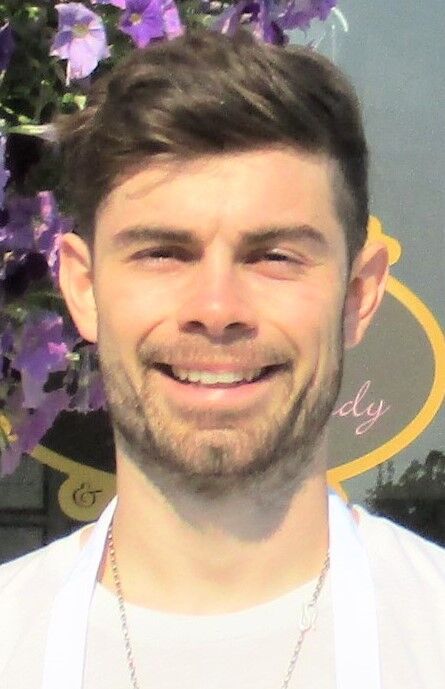 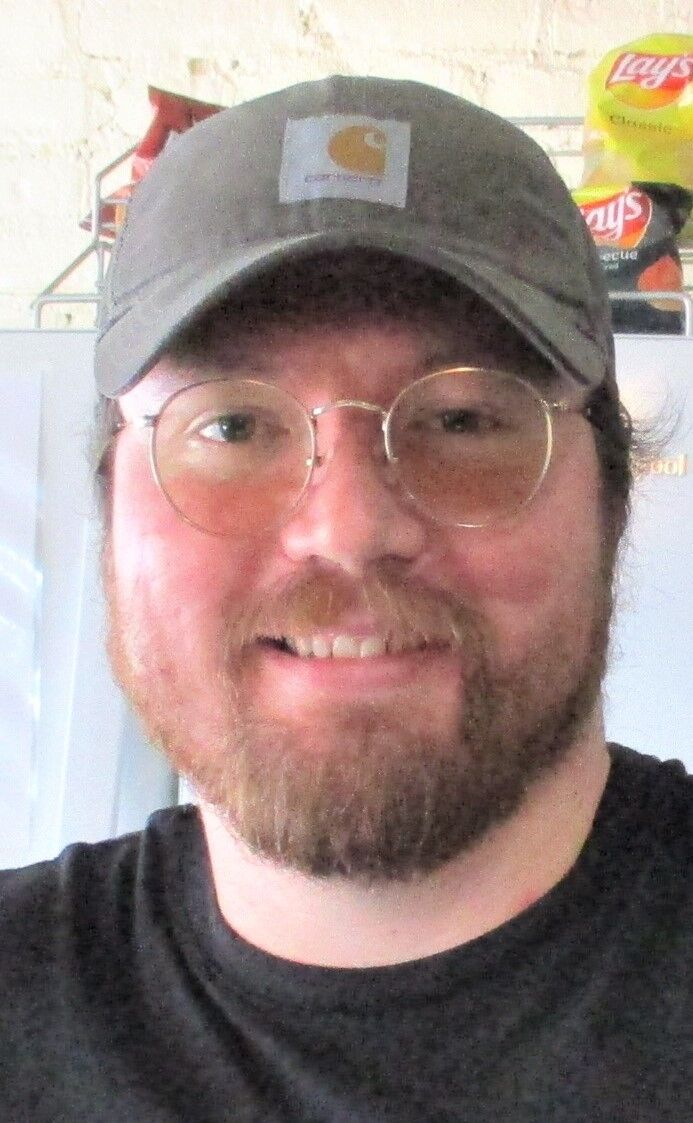 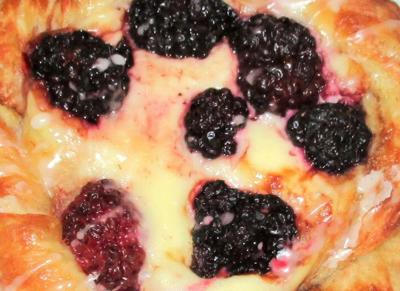 Katie Schaub kneads dough in the back of the bakery.

Katie Schaub, the Owner of Ovenbird Bakery on cover of city of Independence brochure.

INDEPENDENCE — The coronavirus pandemic, even during the lockdown, was simply no match for Katie Schaub, the longest-running restaurateur on Main Street.

Actually, the Ovenbird Bakery, celebrating its 10th anniversary this summer, really isn’t regarded as a restaurant. It’s seen as the hometown hub, where the term “meet-up” always applies — some locals typically end conversations with the expression “see you at ‘the bird,’” a reference to future encounters at the bakery.

Schaub seems astonished that she owns the downtown’s longest-running eatery.

“I was not on the automatic fast-track to success,” she said, looking back on a career that started when she was a teenager and worked in an Albany bakery.

A lifelong resident of the area, Schaub began baking treats before she even started school, with an “Easy Bake Oven,” a toy for cooking that came with tiny pans and packets of mixes.

Serving the result of her work — fresh-baked mini-brownies and other sweet fare — was a source of pride. Years later, she would do the same all over again on a much larger scale, as a “production baker” at Linn-Benton Community College, which hired her right after she finished her associate of arts degree, specializing in culinary arts there.

Over the past decade, the doors of Schaub’s shop have always been open for business. Even as COVID-19 raged on, she continually had customers for her pastries. Whether destined for quick takeout or an inside table, the marionberry cream-cheese Danish has remained a crowd favorite and, at lunchtime, sandwiches are made with bread that’s almost always fresh from the oven.

As another surge of the coronavirus prompts new precautions, including a return to indoor mask-wearing, Schaub looked back on the past 10 years and the challenging journey that literally made her the city’s picture-perfect example of an entrepreneur, landing her on the cover of a brochure about Independence.

The road to becoming a popular spot was paved with grit. Schaub credits part of her success to plain, old-fashioned resolve, the tendency to keep going despite the level of duress — the predictable result of a stubborn Irish nature, she said.  However, it wasn’t just her pluck and Celtic forbearance that played a role. Looming fear was a big motivator, too, she said.

She had used retirement money to launch the Ovenbird Bakery, funds accumulated from more than a dozen years of working in Linn-Benton’s culinary arts program. She simply couldn’t afford to fail, she explained.

Other revenue streams — catering events, baking wedding cakes — helped her grow the business. Her days began in the early-morning hours and didn’t end until long after the last lunchtime patron had departed.

To stay the course, she tossed out all tickets for an ego trip. Over-confidence is an enemy, Schaub explained.

Humility seems to come easily to Schaub, who continually receives compliments about the bakery, the food, the atmosphere and even herself, especially her hearty, easy laugh. It helps that she’s her own worst critic, she said. Life has a way of reinforcing that personality trait, she added.

“Any time I get to thinking too highly of myself, here it comes, a big mistake to remind me,” Schaub observed.

Over the years, she’s seen how much this state of mind helps.

At Linn-Benton, she witnessed a direct relationship between the loss of work ethic and over-praising.

“When someone is made to feel like they are a star, it can interfere,” she said. “To really excel — and I feel this way about myself — you really have to stay down to earth.”

The hurdles were hard, but they had to happen. Though initially the bakery was a joint effort, it was a partnership that soon fell apart — due to what a store proprietor nearby described as “coffee shop politics.” Schaub had worked in the back of the Ovenbird, in the kitchen, mixing and making the product; A couple in business with her had managed the public-facing portion at the counter.

After the split, the twosome moved to the other end of the street and opened their own bakery, which eventually closed.

Meanwhile, many wondered if the Ovenbird could survive as a solo operation. After all, Katie-the-baker had been mostly out of sight. But it turned out that when Schaub entered into more public view, she was a magnet for customers, right along with the confections she created.

However, she’s quick to point out it wasn’t as single-handed as it sounds. Her husband, Neal, was a constant source of support, and so were the employees she hired, who banded together in what Schaub now calls the “crew.” Like shipmates helping her navigate a rough sea, those days were made easier by the “crew” of committed individuals, she said.

Previous experience was a huge help in the outcome. Schaub had years of experience helping to oversee the culinary program at Linn-Benton Community College, which is highly regarded for training students in food service and production. After her early years in that program, Schaub was promoted to bakery instructor.

In fact, there’s still a restaurant on the campus called The Santiam, which is largely student-run. When she was there, Schaub was one of the forces behind it. But 14 years after she started, she felt ready to leave when budget constraints started to strain the institution.

Her previous work life helped Schaub hone her supervisory capabilities, which proved a benefit almost immediately after she became the lone operator of the Ovenbird Bakery. Young would-be bakers, often students from Western Oregon University, were hired to help out, while Schaub kept on baking in the back.

“Earlier in my life students had taught me that you have to keep it interesting, creative and positive,” she said.

Employees are thanked at the end of every day. She also tells them “I look forward to seeing you” at their next shift, Schaub said.

A friendly atmosphere proved a boost for everyone.

Steve Carter, whose bookstore, Second Chance Books, is about a block away from the Ovenbird Bakery, has been a neighboring merchant since Schaub opened. Once in a while he craves a baguette, with cheese, Carter said. But that’s not all — it’s the welcoming atmosphere, too. “Katie always has a kind word for everyone.” Carter said.

Two longtime employees, Tom Anderson and Ethan Wilson, said they see the bakery as a place of camaraderie. Wilson remembers a time when Schaub tricked him into giving her a hug, a prank that gave them both a good laugh. Anderson recalls a time when he was enjoying himself so much that the irony of it suddenly dawned on him — that he was at work, talking to his employer.

One of the most memorable events for the “crew” occurred when the city, in an effort to help businesses during the pandemic, set up a program in which customers received scratch-off coupons for purchases at Independence businesses.

The dollar values on the cards were instantly redeemable, which led to some people at the bakery buying several items, from quiche to cake, after paying for a single cup of coffee.

“Then they’d get another ‘scratch-it’ and be happy all over again,” Wilson said.

The scratch-it tickets bolstered everyone.

“The sum total of the positive vibes helped keep us afloat,” Schaub said, adding, “I would like to give a shout-out to the city folks for the extra attention they focused on the downtown merchants during the toughest parts of COVID.”

Asked if there was any highlight over the years that she would consider a milestone, Schaub recalled that a few years ago she began to reflect back on her first days as a baker, and to wonder what happened to her very first supervisor, in Albany, who had exemplified the kind of workplace Schaub tries to maintain.

“And then one day there she was, standing in here,” Schaub recalled. “She tracked me down, and she was wondering about me, too.”

Did Schaub discuss with her former boss how the Ovenbird Bakery had become a bustling centerpiece for the city? No.

“A lot of it, honestly, was luck,” Schaub insisted.

Here's how you can experience zero gravity without going to space