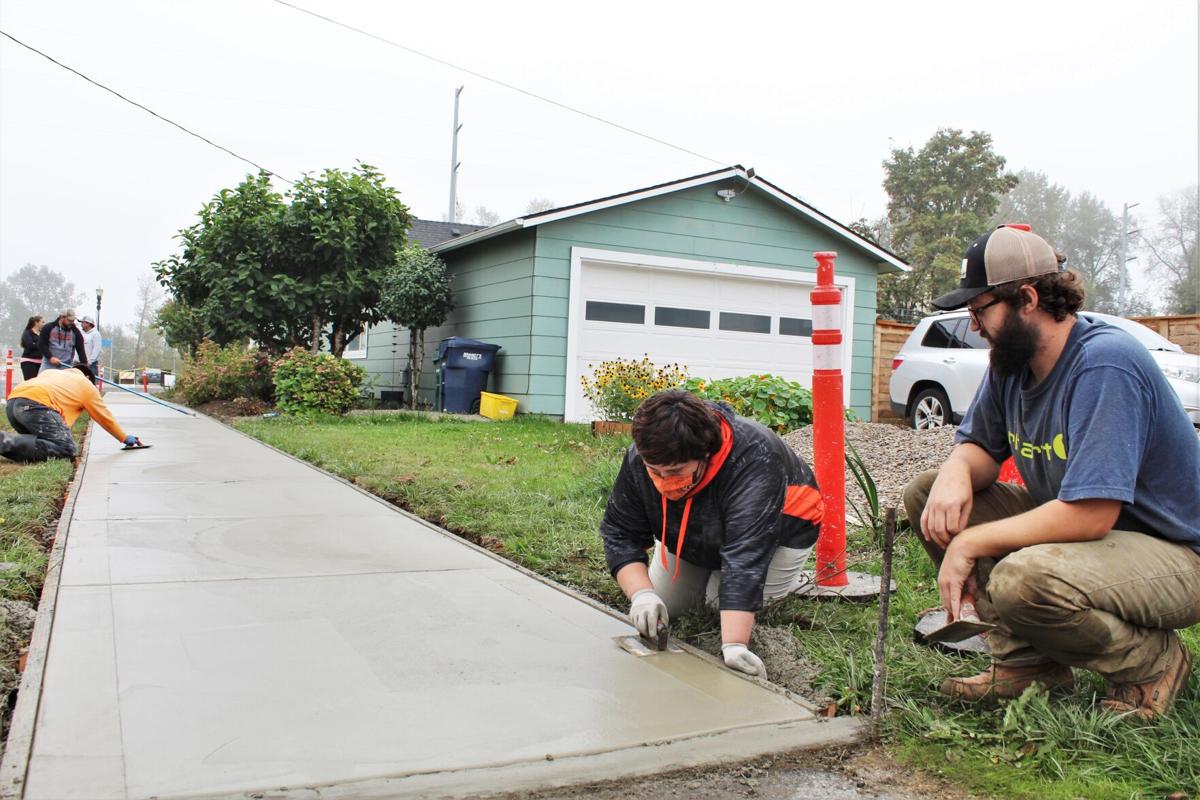 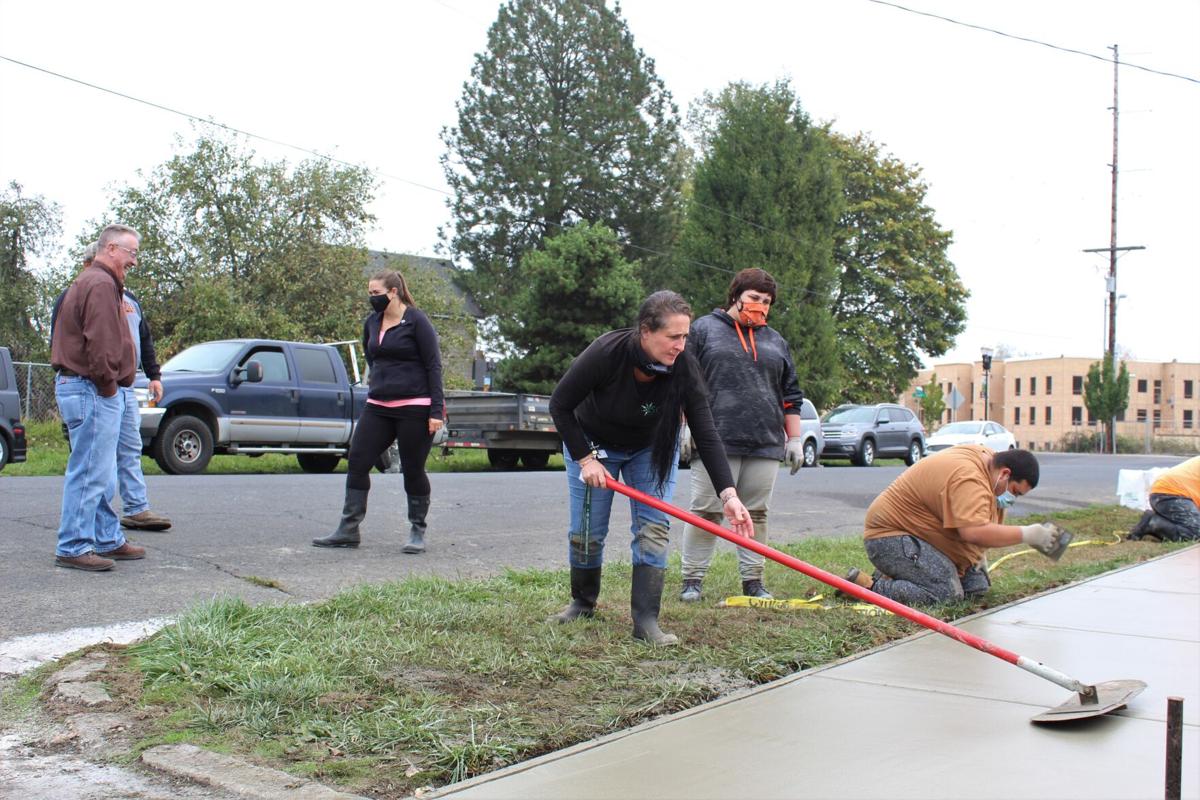 Jamaika Quiring and Jarett Endicott work on a portion of the sidewalk.

Jamaika Quiring and Jarett Endicott work on a portion of the sidewalk.

INDEPENDENCE — A simple sidewalk project brought about opportunities for collaboration and education.

About a year ago, Claire Osborn asked city of Independence staff if they had a program in place to help homeowners with the cost of sidewalk repair and replacement.

“They didn’t at the time and (Public Works Director) Kie (Cottam) said he would look into it,” Osborn said. “We’re the pilot.”

The city teamed with Community Services Consortium, Willamette Workforce Partnership and Monmouth-based Allied Drilling and Concrete to get the job done.

“We started with a successful public works joint project with Community Services Consortium with Mona K-Hinds for a community garden located at Henry Hill Park in the summer of 2018 and looked at other opportunities and programs that might be a good fit,” Cottam said. “In early 2019 I proposed a sidewalk program to the City Manager Tom Pessemier, who green-lighted a pilot program. The program was approved in the city budget by the Independence City Council and Budget Committee and we moved forward with the program in the fall of 2019.”

COVID-19 created some obstacles, but Indy and CSC reached out to other partners as soon as they were able to meet state safety guidelines, Cottam said.

“Everybody wins in this situation,” said CSC Crew Leader Nichole Rose. “It’s just the right thing to do.”

Jamaika Quiring, 21, has worked in the garden and culinary arts with Rose before, but this was her first time doing anything related to construction.

“From cooking to construction,” Quiring laughed. “It’s a lot of fun. I’ve been working with (CSC) for four years. I was one of the first people on the CSC community youth garden.”

Working on the sidewalk was more fun than she expected, Quiring said.

It’s hard work, but she said the folks from Allied Drilling  were patient and kind as they taught her and the other student workers from CSC how to do the job.

Jarett Endicott, of Allied, said normally they do a job like this pretty quickly, but slowed down a bit to teach the work crew.

“It’s been fun,” he said. “It’s good having people willing to learn and listen. Especially because it’s so hard to find workers.”

Maria Endicott, who owns Allied with her husband William, said they got involved with this project through CSC.

They got a call from K-Hinds.

“She got our number from the city,” Endicott said. “It’s been really great. We normally don’t teach concrete, we just do it. It’s good to see how far (the student workers) have come.”

It’s good for the student workers to be exposed to this kind of work too, she said, and this is something people can do without a college degree.

“The trades industries are in desperate need of good workers,” Endicott said.

Endicott mostly does office work, she said, but she does go out with the work crew.

“It’s an important part of owning a business, you should know how to do all the jobs,” she said.

Allied is open to working with CSC again, Endicott said.

“(Osborn) played a critical role in bringing the program forward. Her request was timely, and she also attended city council and volunteered to be the first project,” Cottam said. “With our partners at Independence Public Works, Community Services Consortium, Allied Concrete and Willamette Work Force, we hope to make this program successful and available for the residents of Independence in the future.”

Click here for more about the CSC youth project.