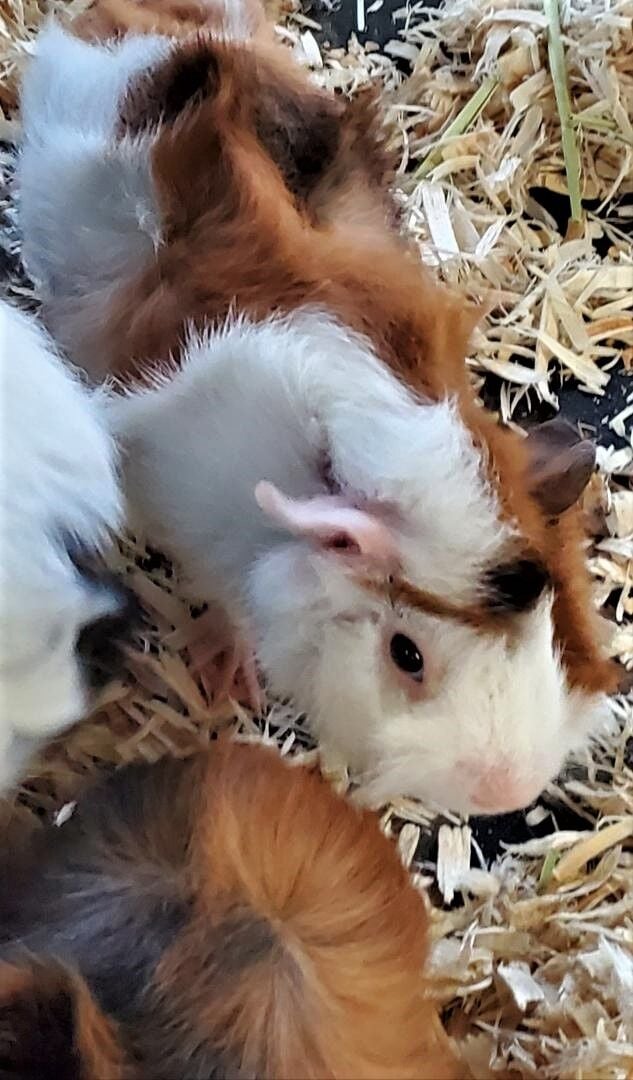 DALLAS — In her 2 1/2 years as owner of Pets Unleashed in Dallas, Angie Jones said puppies remain the No. 1 pet gift at Christmas time.

However, if you or your loved can’t afford such a commitment because of available space or resources, Jones has some alternative suggestions for the gift giver on a budget.

Jones said Pets Unleashed usually has the ideal inventory of small animals for a Christmas gift, including parakeets, hamsters, guinea pigs, ferrets, reptiles and sometimes tortoises. However, the coronavirus pandemic has made it harder to acquire them.

“It’s been harder for places that breed them. There are just not that many out there to meet the high demand,” Jones said. “More people are staying home, More parents are buying small animals for their kids. It’s just kind of the demand that was there spiked up over the summer.”

After puppies, their next most popular four-legged gift are hamsters and guinea pigs. Jones said they remain popular with kids because they’re small animals and are easier to care for.

“They’re great first-time animals for a lot of kids,” she said.

However, just because they’re small, doesn’t mean they’re not a challenge to care for, Jones added. The biggest thing for parents to keep in mind when buying a small animal for a Christmas gift is knowing the age of your child. While hamsters are a really great first pet, Jones doesn’t recommend them for kids under the age of 5.

“They’re tiny, they’re fast, they’re easy to squish,” she explained. “I think guinea pigs and bunnies are better for kids in that age range. Once you get to 7 to 10 and above, hamsters are good and they are easy to care for.”

“Another thing I think parents don’t think about is are they daytime animals or nighttime animals?” Jones added. “Is my wheel going to be running all night long with my hamster? Am I going to hate that or am I going to have a room in the house to keep it in? Then it won’t matter if it’s a nocturnal animal or not.”

While reptiles, like bearded dragons and geckos, have been popular in the past, Jones said Pets Unleashed doesn’t have any this season.

However, they do have an addition to consider as gift this holiday season — the beta fish. The colorful, tropical fish doesn’t take up much space and appears to be in high demand.

“We’ve been trying to get betas in for a very long time. Betas have been difficult for us finding a good vendor,” Jones said.

That was until Gabby Bumpus was hired in April.

“A couple years ago I wanted to do something new, so my mom let me get a reptile — a leopard gecko, the most basic reptile you can get, especially as a kid,” Bumpus said. “I was really afraid of her. I pushed myself to work with that experience to grow as a person.”

Bumus said she always wanted to open her own pet store, and took her first step when Jones had an opening. When customers kept asking for betas, she discussed the demand with her parents,

“My mom said we should be business partners and raise reptiles and betas for the store,” Bumpus said.

So the 20-year-old student put her pursuit of a business degree on hold and formed The Jungle, LLC. They import their betas directly from a breeder in Taiwan and go through a quarantine process so they don’t have any diseases they can introduce, she explained.

“The ones in stock now are just over three months. They’ll get just a little bigger. These are more about color development than size,” Bumpus said.

However, even though they’re small, there’s still a lot to keep in mind when making them a gift at Christmas time.

“Keep in mind they are  tropical. So they will require a heater, so it’s not susceptible to diseases,” Bumpus said. “The minimal requirement is a 2 1/2 gallon tank, but I recommend a 5 gallon tank.”

The betas also come with a cleaning and care guide, including water changes and cycling processes.

And if you get more than one, she added, females can be together, as long as there are other distractions in the tank. But you can never have male betas together as they get aggressive toward each other, even if they’re in separate tanks within eyesight of each other.

“I’m excited to carry the betas,” Jones said. “They’re a great starter. The really great thing about having Gabby here and having these betas is really teaching people the best way to care for a beta and get the longest life out of it. They’re not a very expensive animal, but they can live a long time if yo care for them in the proper way.”

Bumpus hopes to add reptiles to The Jungle’s inventory within the next six to seven months.

A final piece of advice Jones gives for animals as Christmas gifts is to do your research.

“When researching, Google them, go to several forums to find a lot of different, good information,” she said. “You learn a lot from other people in these forums, what people have learned through having pets. Pets are like people. Every single one of them is different.”