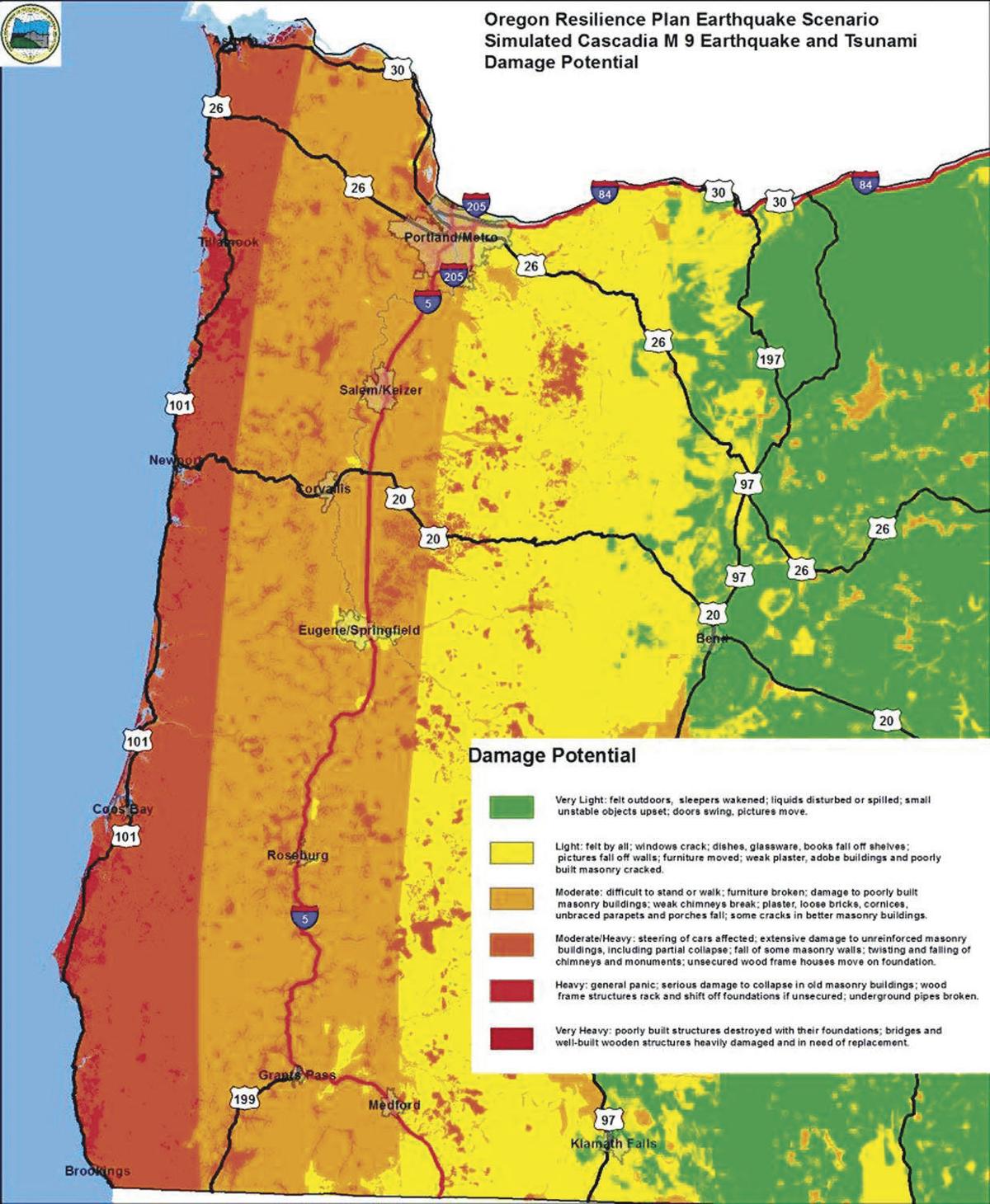 DALLAS – Geologist and geology instructor Sheila Alfsen found all the evidence she needed to believe that the Pacific Northwest will experience a major earthquake on the Cascadia Subduction Zone at a conference in Denver.

Alfsen said the problem is that Juan De Fuca doesn’t smoothly run under the North American plate. They get locked on each other, and this stops the movement of both. That builds up pressure that eventually will become too much for the fault to hold and it will snap.

Alfsen wasn’t happy when she saw convincing proof for the first time.

“When I first started studying geology, I didn’t want to hear about this. I came from California. I thought I left the earthquakes behind,” she said. “Then to find that we were in a worse position was upsetting.”

At the conference in Denver she was learning how to use a device that shows how the continents move. She checked out what was happening in the Northwest.

“When I zoomed in on home, I got little arrows moving eastward,” she said.

The North American plate is moving west, so she found that odd. Until she thought about what could be causing it.

“When I realized what this was, my blood went cold. I realized I was seeing this in real time data. I was seeing the plates locked,” she said. “If this continent is trying to surge this way, but it’s locked, it’s as if it moving the other direction. We call that relative motion.”

“We were all geologists there at this conference in Denver, and I looked at the woman next to me and said: ‘Do you see what is going on in the Pacific Northwest?’ She said ‘Yeah, that’s why I live in New Mexico.’”

Alfsen, an instructor at Chemeketa Community College and Portland State University, gave a presentation about the science behind the Cascadia Subduction Zone, and it’s potential to cause a high magnitude earthquake, to the Dallas City Council Monday evening.

She said Oregon experiences three types of earthquakes: one type is caused by “stretching” that is occurring in Southeastern Oregon; and the second creates fault line due to the continent rotating slightly.

Those faults were responsible for two earthquakes in 1993, including the one dubbed the Spring Break Quake.

“But those aren’t the ones we are concerned about,” she said.

When Cascadia goes, it has the potential to unleash a 9.0 magnitude quake.

“They are not moving. They’re locked, but they are building up pressure. It’s only a matter of time before that exceeds what the rock can hold, and then it will snap,” Alfsen said. “That is going to cause parts of the coastline to drop. It’s also going to do something else … it’s going to jolt the ocean floor. Not every kind of earthquake gives tsunamis, but this is the kind that does and it’s because it jolts the ocean floor.”

Earthquakes of that severity happen on the subduction zone every 300 to 500 years. The last one was in 1700.

“We have a record that they have happened in the past, and they happen on a very regular basis,” Alfsen said.

The strong shaking – possibly for four minutes or more – and tsunamis will threaten the coastal cities.

In the valley, tsunami is not the threat, but the shaking could be significant and cause damage to structures and infrastructure.

Alfen said the projections for restoration of critical services, such as electricity, water and sewer could take months to a year. Highways and bridges could take 18 months to rebuild.

State and local governments have begun preparing for the earthquake and the aftermath, but individuals can prepare on their own by making plans with their families and compiling an emergency kit.

For more information about the Cascadia Subduction Zone: Oregon Office of Emergency Management.

For more information on preparedness plans and kits: “Be Ready Dallas” on Facebook or redcross.org.

A look inside the stadium hosting Super Bowl LIV