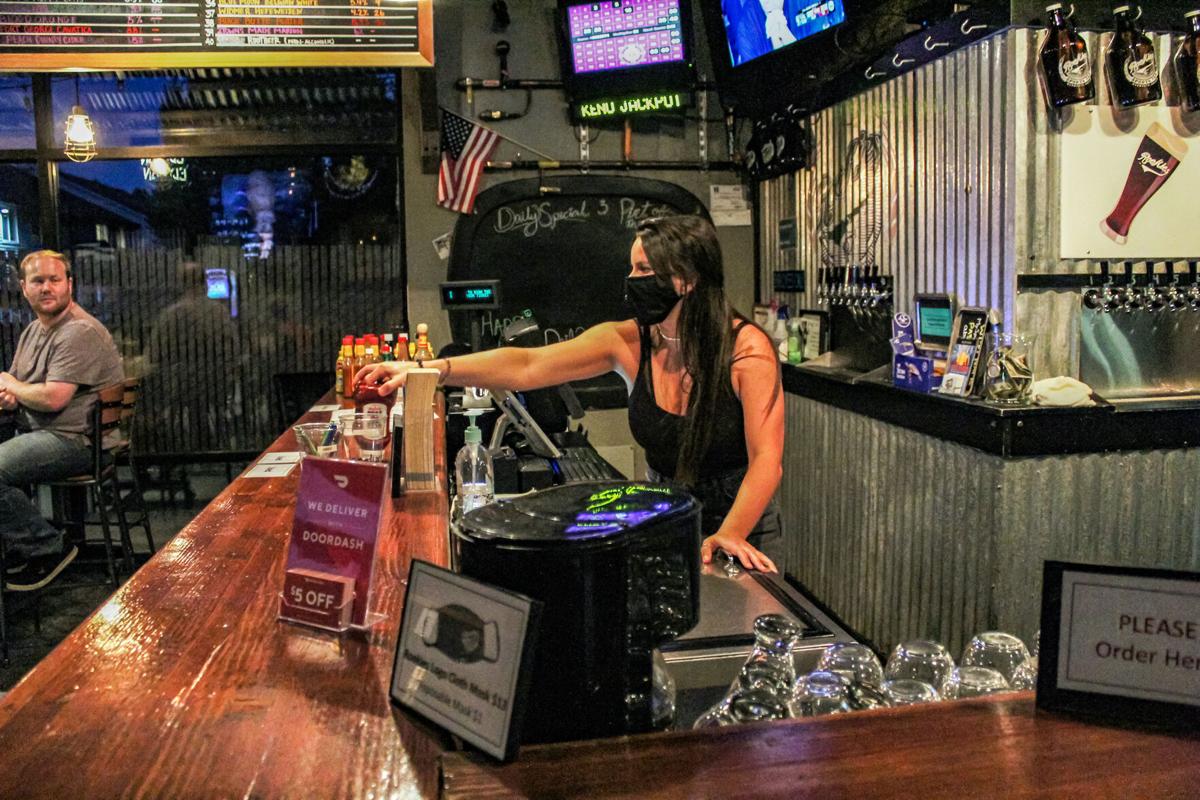 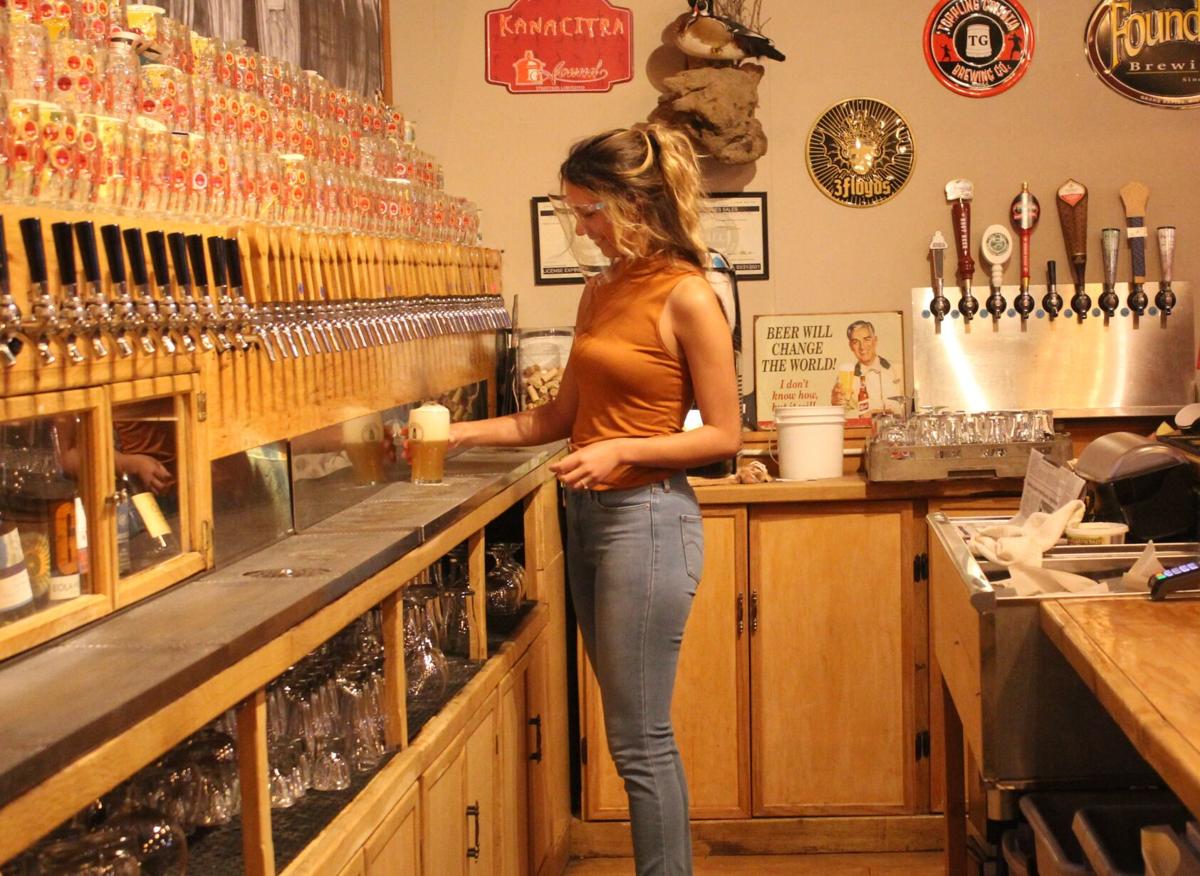 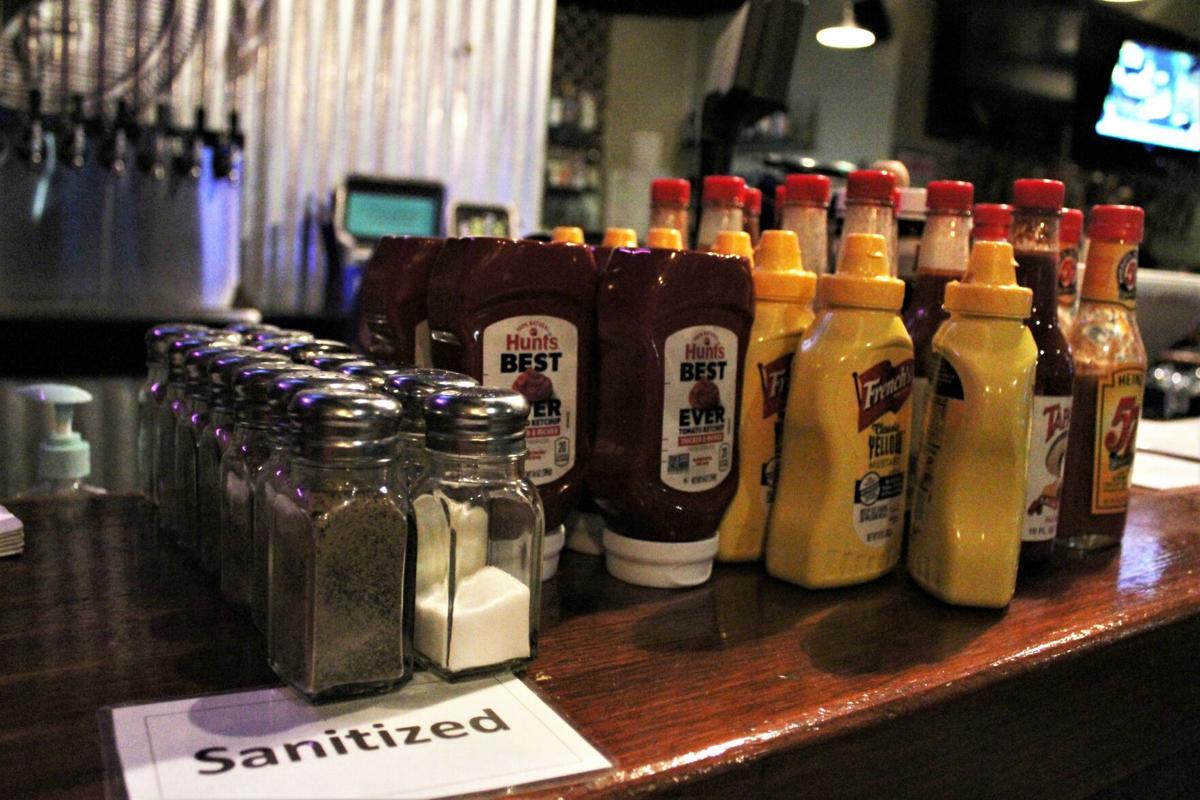 Condiments are cleaned after each use.

Condiments are cleaned after each use.

That may have been an increased focus on takeout or transition to making deliveries to those who choose to stay home even after people were allowed to go out again.

Sam Dufner at West Valley Taphouse in Dallas said first he focused on keeping a positive perspective on the situation.

“I was trying to stay positive and looking at opportunities through all this,” Dufner said. “It’s really easy to see the damages. We lost the character that most places like this want to be, the ability to be a hangout to go and meet people. We are very much a laid-back relaxed atmosphere where people can walk in by themselves and sit down next to someone they don’t know and be best friends by the time they leave. That is what we’ve lost.”

He said during the shutdown, focusing on takeout didn’t work for his business. He had to cut costs to keep from going under, which meant all but one of his employees were laid off.

When they were able to welcome people back to have a beer or bite, Dufner noticed a new pattern among his customers.

“The big one for us has been new customers,” he said. “What it did is it changed everybody’s behavior.”

He said during a typical year, September is his worst month for business. Dufner believes it is because of the change in the weather from warm summer to cooler fall and children are back in school.

In 2020, the change in behavior happened early due to the pandemic.

“That was kind of forced on us in March this year. Everybody’s pattern changed, but once people’s patterns re-established we ended up getting a bunch of new customers,” he said. “And if you do things right, if you treat them right, focus on the customer service, on the experience — more so than the product, really — you get loyal customers.”

“The biggest benefit to that is we are not doing that as a brand new business,” Dufner said.

He said that about 30 percent of his customers now are new.

“For months, which is pretty crazy,” he said. “I think it’s because everybody’s patterns got broken.”

When they learned about the governor’s order to close to slow the spread of the coronavirus, they were pretty disappointed.

“We had been making plans for St. Patty’s Day and had purchased beer, food and liquor specifically for the holiday,” Parks said. “We were fearful because we were unsure of what our futures would look like, whether or not this would be a temporary or long-term shut down, and if we would be able to recover from the financial loss of being closed and losing revenue, and having to get rid of product.”

They laid off the entire staff of both locations during the shutdown, she said.

When restaurants were allowed to reopen for dining in, new cleaning and physical distancing regulations were in place.

“We have always been diligent about keeping a clean restaurant and bar, so the safety measures were easy to enact,” Parks said. “However, we were nervous about how the limited seating and hours would affect our bottom line.”

They clean high-touch surfaces, such as door handles, often.

“We wipe down tables, chairs, menus, condiments, and pens after each use,” Parks said.

“Oregon Lottery machines are wiped down and turned to an out-of-service mode after each player. We clean them again and turn then on for each player.”

Response to Arena and Rookies reopening has been positive.

“We’ve had a really positive response from the community when we were allowed to re-open,” Parks said. “Our customers have been really great about following the guidelines so Polk County can remain open.”

Parks and Garrison are still exploring different ways to let people know they are open for business.

“We continually check in with our staff and customers to make sure they are all doing OK,” Parks said. “We’ve also explored other ways to get our names out there. For example, Rookies is now on DoorDash. And its been positive!”

Dufner said that managing the ever-changing requirements of social distancing, operating hours and mask use has been a challenge. Communication from the state has been spotty, so he’s received most of his information through press conferences and news reports. Government assistance programs to businesses are widely available, but come with strings attached that may make it difficult or impossible for businesses to use, he said.

Dufner said he received money from the Payroll Protection Program, but has mostly had to rely on what he could accomplish on his own to push through the pandemic.

Dufner said one of the most difficult things to watch is the number of small, independently owned breweries and producers struggle or go out of business. West Valley Taphouse now tries to feature the products of small breweries, wineries and food producers.

“We are trying to focus as much of our sales as we possibly can on independently owned, small Oregon producers. We have 65 taps … and we’ve dedicated at least 50 of those to independent Oregon craft producers,” Dufner said. “Those are the people that I’m starting to see really get hurt.”

Dufner said while this is an unusually taxing time for business owners — his sales are still down about 20 percent — he keeps the atmosphere in the tap house optimistic so it can provide customers a break from the stress the pandemic has put on their lives.

“I think one of the biggest keys to businesses being successful at this point in time is being willing to go back and look at who your customer is, and adapting your business to who your customer is and what they are expecting because both of those things have changed,” he said.

Bash on abortion case: This is why so many conservatives stick by Trump