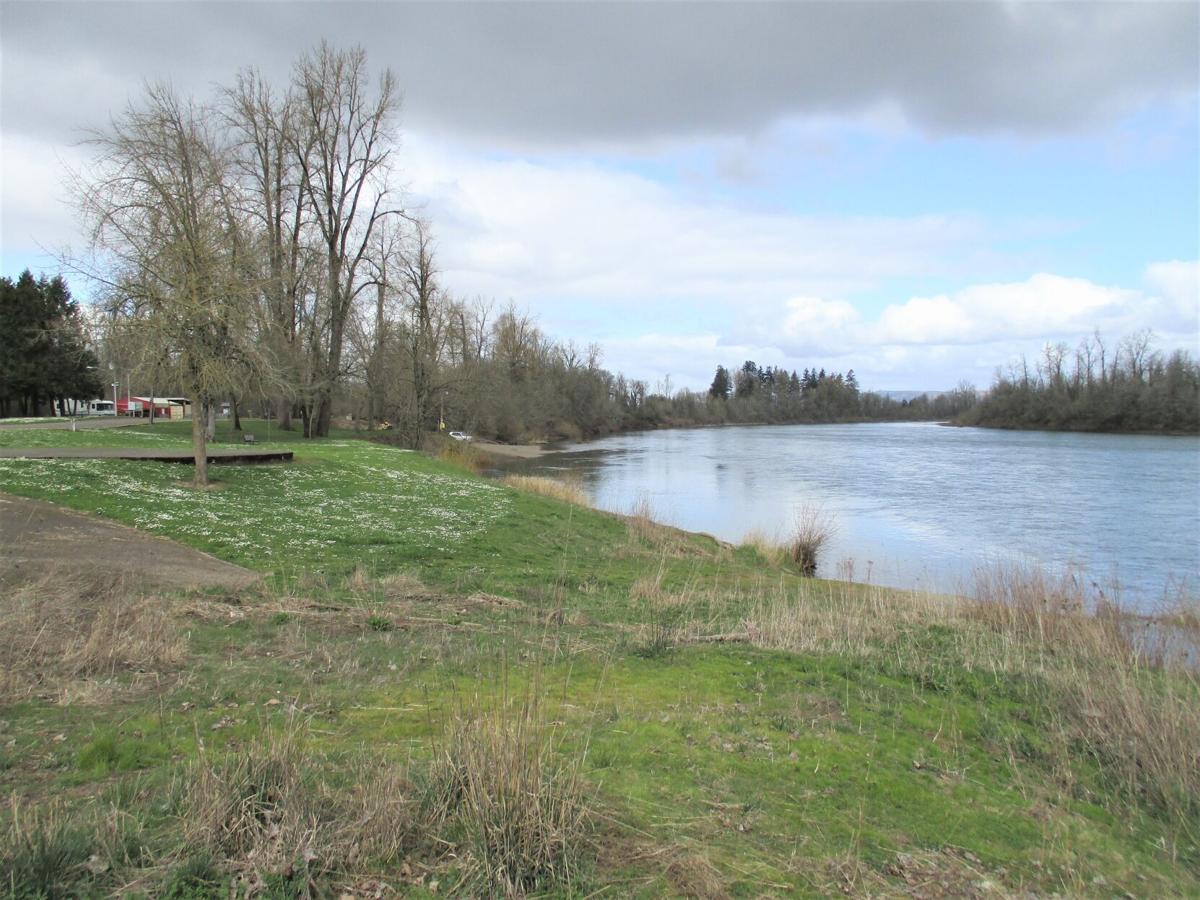 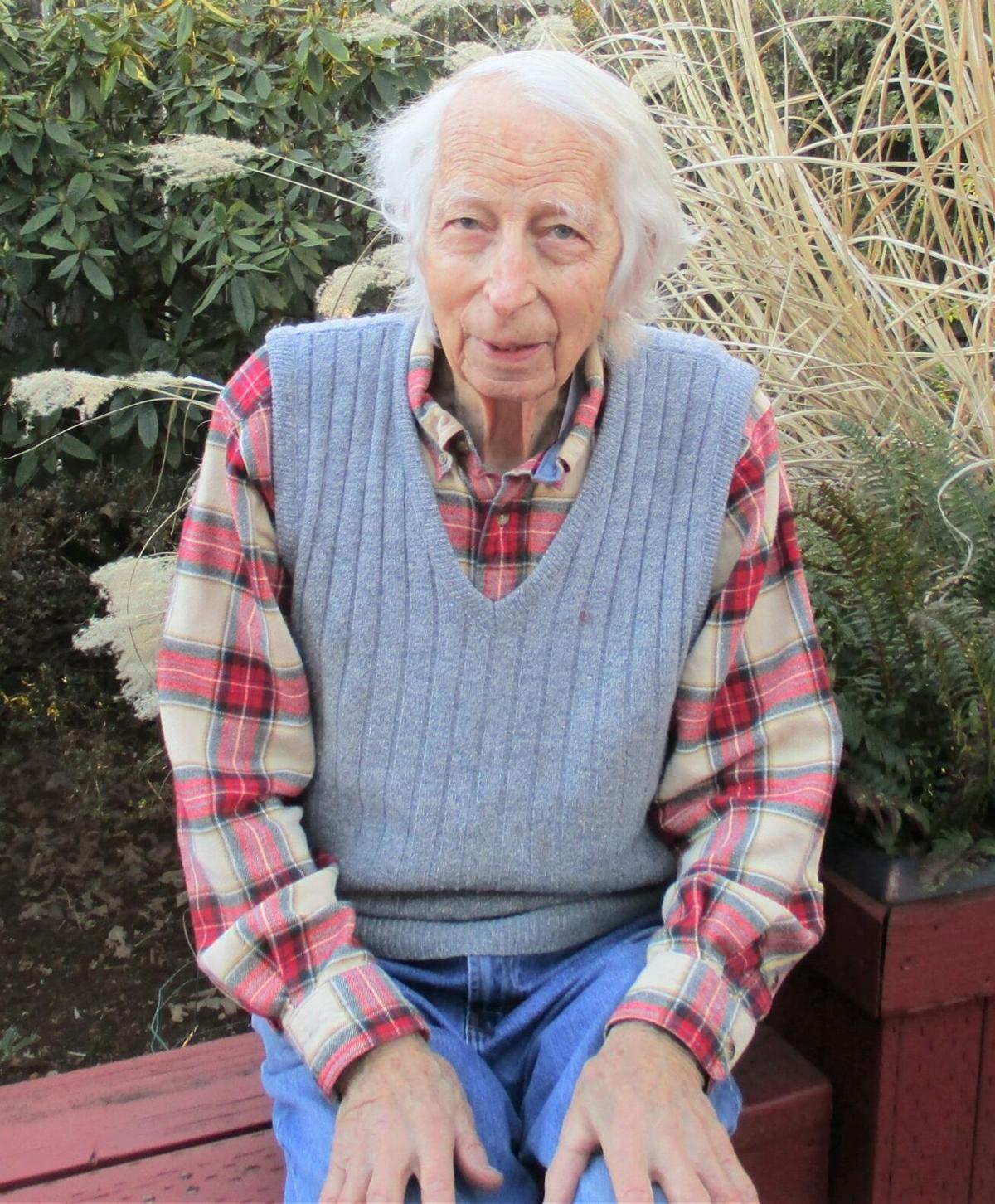 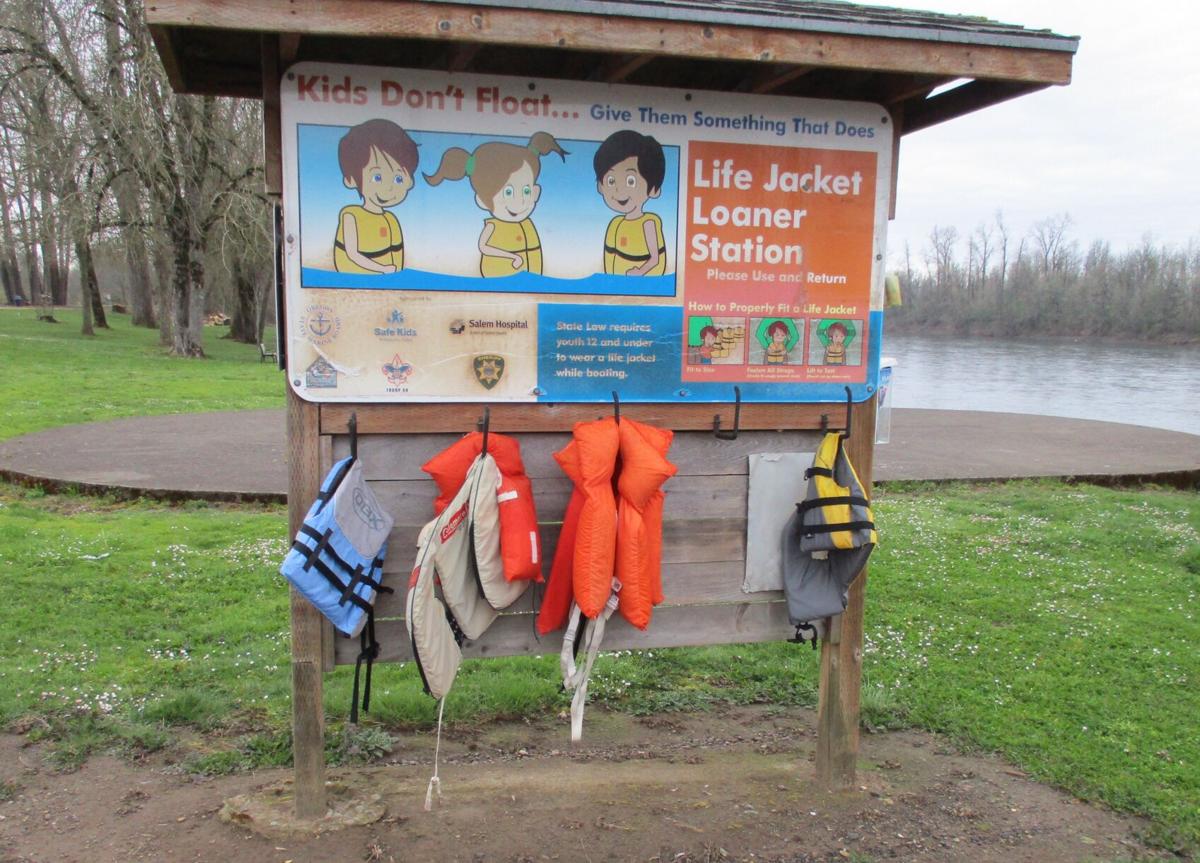 Life jackets at station by Willamette River in Riverview Park. 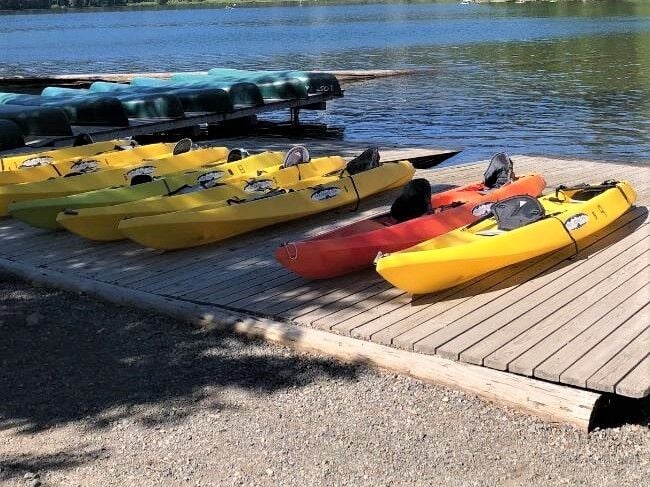 Kayaks on a dock by the water on the Willamette River. 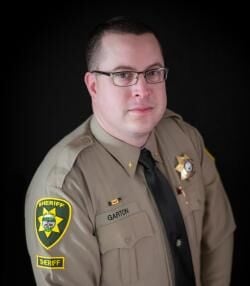 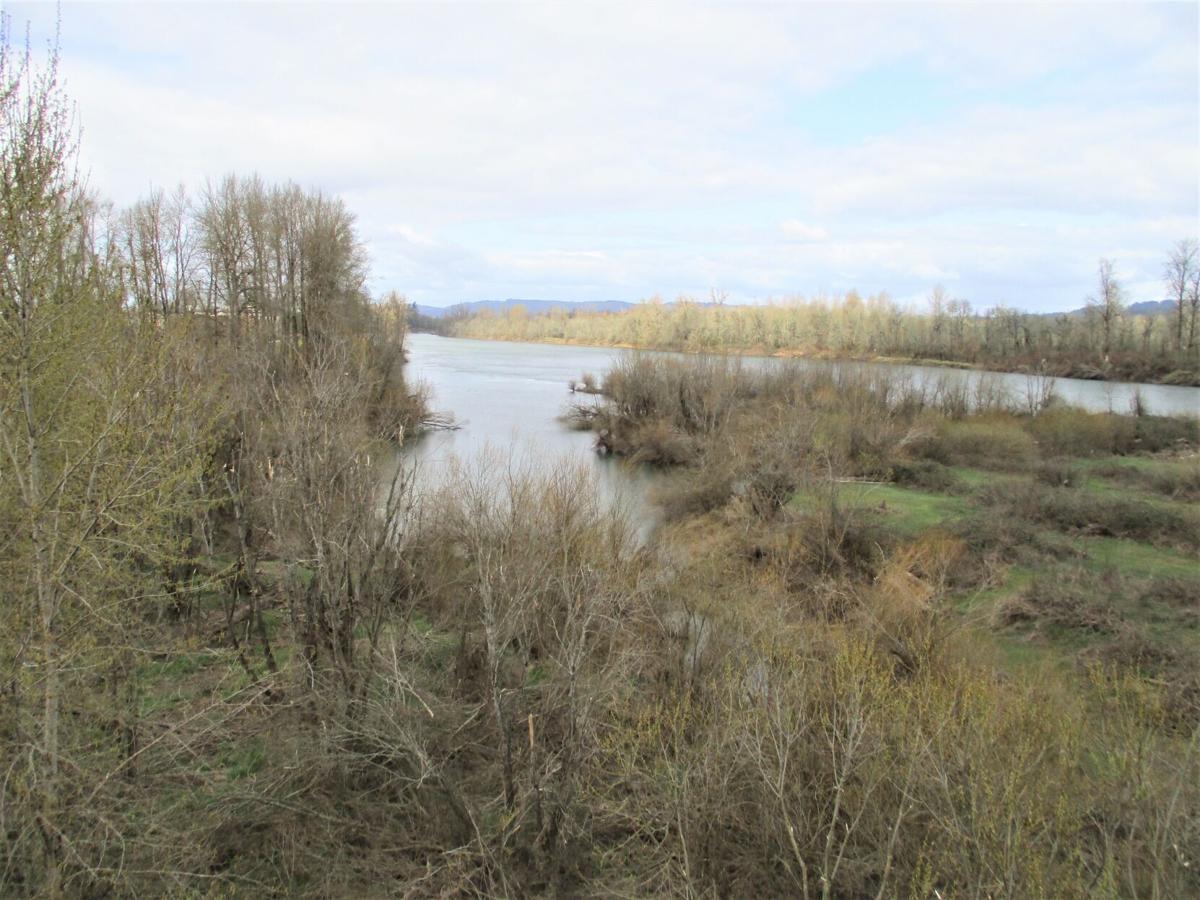 Life jackets at station by Willamette River in Riverview Park.

Kayaks on a dock by the water on the Willamette River.

INDEPENDENCE — Polk County Sheriff Mark Garton hasn’t solved the problem of ensnaring trees at a location of the Willamette River that took one life and nearly claimed another over the past two years, but it’s not for lack of trying.

In an ongoing battle against the submerged trees at a spot between Buena Vista and Independence, branches have been cut away to reduce the threat of entangling limbs. Signs have been posted warning boaters to take a different route by Wells Island, a finger-shaped islet north of Buena Vista.

“I am not sure how much that helped,” said Garton. “As we were pounding in those signs last year, people came right by us (in boats), past the warning signs.”

At a time when far more trees have toppled into the river as a result of this winter’s ice storm, there is no extra money allocated for safety patrols during the peak summer months between Memorial Day and Labor Day, Garton noted. And he’s worried.

Last August, deputies responsible for patrolling waters of the area rescued a young boy who became trapped in the unseen tree branches while floating down the river on an inner tube. He was exhausted and cold by the time he was taken out, Garton recalled. The year before, a woman in the same place wasn’t so lucky — she died while caught in the tangle, lodged below the surface despite wearing a life jacket.

The middle stretch of the Willamette River, which includes Independence, has become more heavily used during the pandemic in good weather, and it is expected to attract the same numbers or higher this summer.

“Boaters and floaters,” as they’re called, are using shorefront launches from Riverview Park with more frequency, as evidenced by pop-up kayak vendors last summer. Some traveled further south by car, to put out at Buena Vista, for an upward drift to Independence.

This kind of paddle-sport tourism has grown by “leaps and bounds,” according to Shawn Irvine, economic development director for Independence, who made the comment at a recent meeting of the city’s Parks and Recreation Board.

As a result, new “river steps” are being proposed — a 10-to-12 foot walk by the Independence Hotel. It would be an “easy pathway” to a launch site, Irvine said. The plan also was shared with the Independence City Council at a work session on capital improvement last week.

Asked about the growing popularity of the river in relation to the possible perils, Irvine observed that “it’s important for anyone planning to recreate on a river to be aware of potential hazards before their trip and stay alert during their trip to avoid them.”

As it stands now, full patrol coverage of the river by Independence and the surrounding area is provided Thursdays through Sundays during the summer. The sheriff’s office has only four available watercraft, two boats and two jet skis, for patrolling. That no longer seems adequate — more people have been using the nearby river for outdoor recreation than ever before, said Patrol Commander Lt. Dustin Newman.

There have been increased close calls along the stretch between Salem and Buena Vista.

“The safety and well-being of all citizens and visitors is very important to us,” Newman said. “The Polk County Sheriff’s Office will continue to look for ways to make the river a fun and safe place to recreate.”

Wells Island is where at least a half dozen rescues have been necessary this past year. So, at the site, the Marine Board has provided signage that clearly warns against taking the route.

“Often times when people put in at Buena Vista County Park, the current takes them down the west channel which is immediately downstream of the access,” said Brian Paulsen, boating safety waterways coordinator for the Oregon State Marine Board.

“The main river channel, which is on the east side of Wells Island or river, right as you approach the island, is the safer side for boaters to navigate,” he stressed.

Funding for the patrols comes from the Oregon State Marine Board — the county receives the money on a pass-through basis. Dangerous trees are part of Willamette River’s history, and early records indicate that trees below the water stopped many vessels during a period in which riverboats served as a main means of transportation between what is now Corvallis and Portland. In the mid-1850s, one of the most famous of these early steamboats, the Oregon, sunk after hitting just such a snag, an event reported nearly a century after it happened by the late author Randall V. Mills of Eugene.

Almost 50 years after Mills wrote about these great steamboats, state river maps and guides warned of the same kind of obstructions, advising that if words like “snag” were printed on charts in vertical letters, it meant the wood could be seen above water, and slanted letters indicated the pile was below the surface, perhaps invisible. Today, the Marine Board has an online, interactive map that provides the same information — alerts for recreational boaters.

Trees may be a navigational obstruction for any boater, but inner tubing can be particularly challenging to navigate due the lack of a paddle, Paulsen pointed out. Many who use inner tubes or any other pool-toy types of flotation, coupled with inexperience, are often “at the mercy of where the current takes them — they don’t have the same level of control as paddling or a motorized craft provides,” he explained.

Learning safety techniques is essential, according to Rob Blickensderfer, who’s known as one of the founding fathers of kayaking in Oregon. Since he began in 1963, he’s been emphasizing the need for proper training. This past June, Blickensderfer published “River Tales,” a collection of accounts from kayakers, canoers and rafters, including one about an encounter with a tree-root wad on the Willamette River.

Profits from the book go to a scholarship fund for an annual two-day safety workshop by the Willamette Kayak and Canoe Club, which will be held this year in Eugene.

“I highly encourage all boaters to take ‘Safety Weekend’ or its equivalent early in their boating careers and periodically thereafter,” Blickensderfer said, reiterating the importance of knowing procedures that can help prevent accidents.

Removal can be a solution to extraordinary tree hazards, but trees can be extremely difficult to abolish. For example, the spot near Wells Island is extremely hard to access and has significant current — mitigation would require heavy equipment for eradication, making removal infeasible, according to personnel from both the Polk County Sheriff’s Office and the Marine Board.

There are other reasons that complicate tree riddance in rivers: Fallen trees and logs in the Willamette River are helpful for all kinds of fish, according to the Oregon Department of Fish and Wildlife (ODFW).

“They provide cover from predators such as osprey, eagles and otters,” explained said Alex Farrand, assistant district biologist for the ODFW region stretching from Salem to Eugene. “They slow down the velocity of the river and create eddies and other areas of slow-moving water so fish can conserve energy.”

It can turn a relatively simple river channel — with habitats fit for only a few species — into a complex system, where many more species of fish and other aquatic organisms are able to live, he said.

Additionally, wood increases sediment, which allows for more subsurface flow, which in turn can recharge the groundwater.

More than a century ago, Samuel Sampson wrote the iconic poem “Beautiful Willamette,” describing a river “leaping like a child at play” and dancing in tiny ripples.

Garton sees it from a different perspective.

The river often looks placid but there are currents and undertows — and, along with the likelihood of more trees this year, there is danger, he said.

“I have seen people with children who are down there (on the shore) and the kids are walking out into the water,” Garton said. “I worry about that, too,” he said.