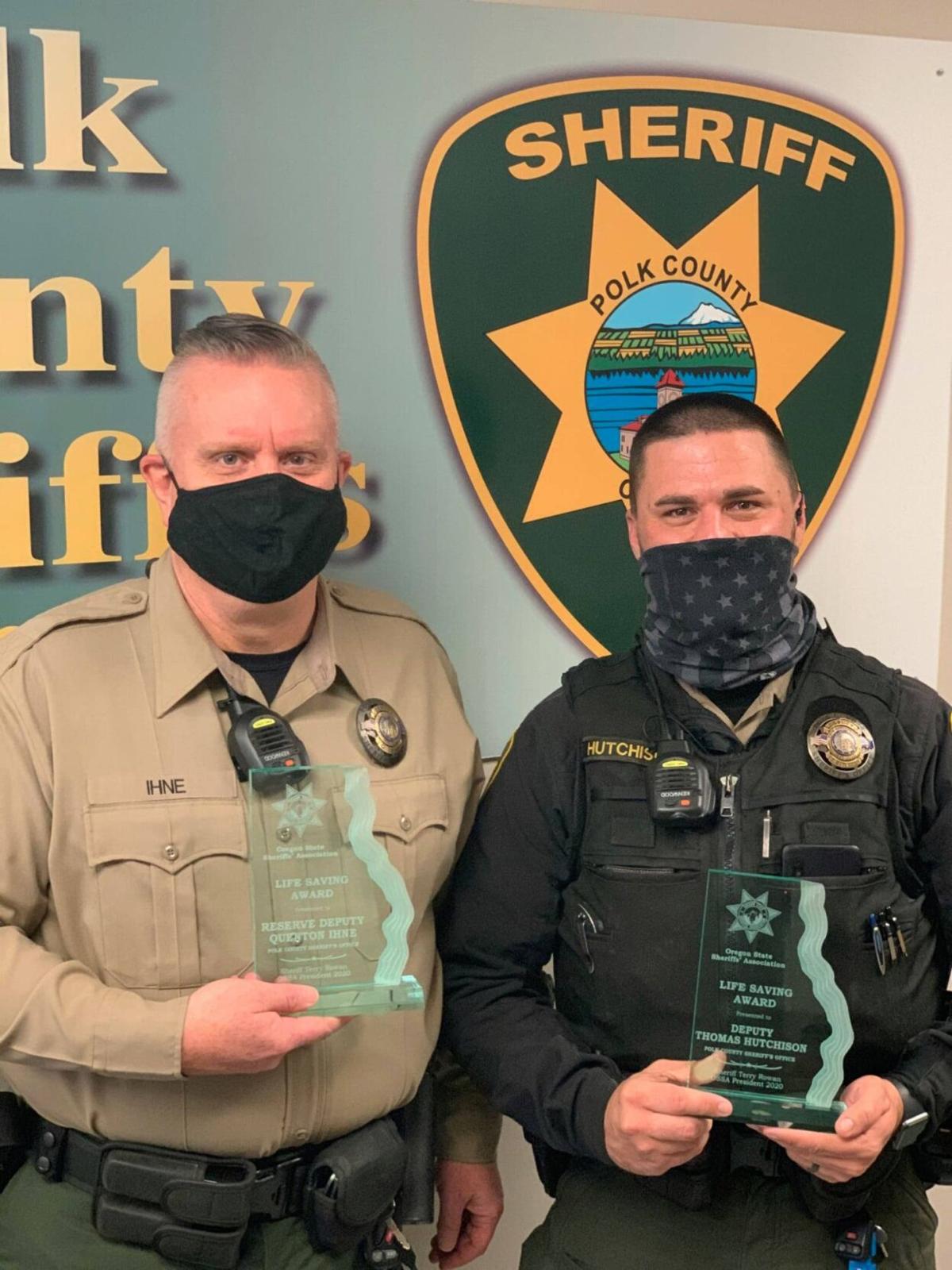 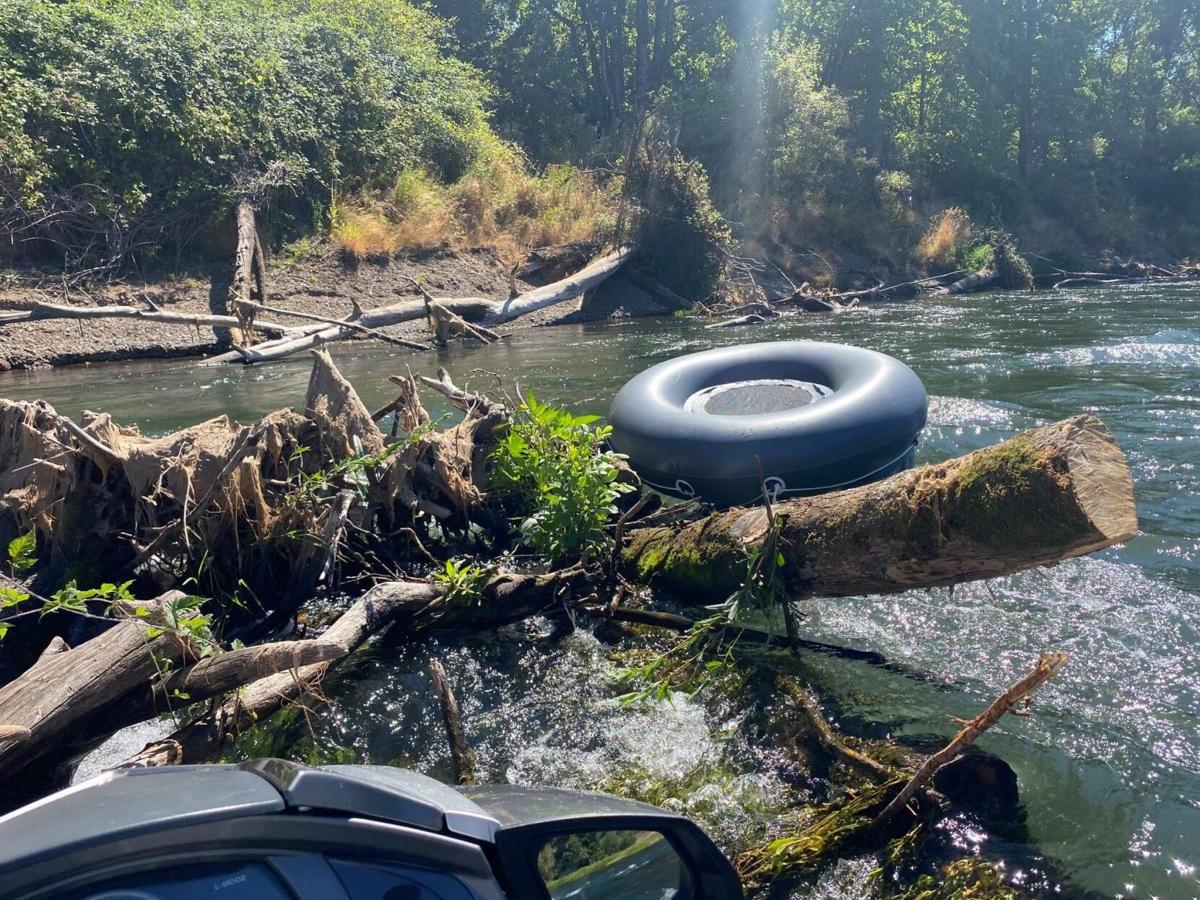 A boy on a tube and a man in a kayak had to be rescued after getting caught in a snag on the Willamette River in August.

A boy on a tube and a man in a kayak had to be rescued after getting caught in a snag on the Willamette River in August.

On Friday, Deputy Quenton Hutchison and Reserve Deputy Tommy Ihne received the plaques to go along with the Oregon State Sheriff’s Association Lifesaving Awards the received in December for their actions while on Marine Patrol.

On Aug. 8, 2020, Hutchison and Ihne were patrolling the Willamette River on Jet Skis when they received an emergency call from boaters that a male was holding a juvenile up above the water.

According to their award citation, they discovered a male and an 11-year-old juvenile had gone to the west side of Wells Island due to a mix of weather and not paying attention to hazard signs which directed boaters to the other side of the island. According to the PCSO, the signs were placed in the area because the previous summer a tuber tragically lost her life at the same location.

The deputies learned that the current pushed the male on his kayak and the juvenile on a tube into the same tree. The kayak was sucked underneath the tree and the tube was caught up in the tree. The male was able to climb onto a limb while the youth hung onto another limb for close to 30 minutes until the two deputies arrived.

Hutchison was able to maneuver his jet ski into the snag of trees and rescue the boy and Ihne was able to rescue the adult. They later returned with a patrol boat to recover the kayak and tube to prevent any issues with the boating public, endangering themselves in recovery attempts, according to their citation.

The next day the father of the child emailed Sheriff Mark Garton, thanking him and his deputies:

“Dear Sheriff Garton, I would like to inform you of the amazing work that three of your deputies did on the Santiam River yesterday,” the father wrote, which was shared on the PCSO Facebook page. “We were doing a float trip from Buena Vista and our party got separated and my son, and my friend ended up stranded on fallen trees. After 911 was called, the deputies … responded very quickly, professionally and kindly. My son and friend were in a really treacherous position (my friend’s kayak had sunk) and the possibility of drowning, even with their life jackets was very possible. I am grateful that these (two) men were able to save my son and friend’s lives. As I and another in our party attempted to walk upriver to help, we were also most appreciative of the deputies taking us on their SeaDoo to safety. Your department also took our entire group and the kayaks back to the Buena Vista landing. On reflection we were all foolish and unprepared for what we had gotten ourselves into. Even with this in mind, the deputies were not scolding or punitive. Many, many thanks for all of your professionalism. In these times, I wish that such amazing police work could be captured on film. Words cannot convey my gratitude to your department.”