Starting at
$40.00 for 365 days
Get Started
View all rates
You are the owner of this article.
Edit Article Add New Article
Home
News
Sports
Opinion
Lifestyle
Obituaries
Events
Special Sections
Classifieds
Contact Us 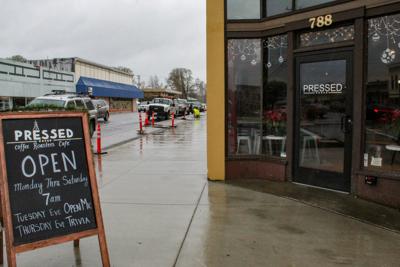 DALLAS — The Dallas City Council approved amendments to the Dallas Development Code regarding the regulation of signs.

Scott Whyte, Dallas’ planning director, said revisions to the sign code were necessary for several reasons, including outdated provisions that were found to be in violation of the First Amendment, a need for better clarity on standards, and a need to update for new types of signs and technology developed since the code was written.

“Signs are one of the questions that we receive the most from people,” Whyte said during a public hearing on the changes on Jan. 6. “It’s very important to make sure our code is clear and easy to understand.”

Whyte said another objective was “to ensure that our provisions are fair, consistently applied, enforceable and able to survive legal challenges.”

Some of the changes were identified through consulting with the Dallas Downtown Association, the Dallas Area Chamber of Commerce, and Polk County Association of Realtors, Whyte said.

The changes would make the code content-neutral, meaning regulation could not be based on the content of a sign, but its size, use, placement and other factors. Also, revisions now allow portable street signs — sandwich boards — to be used on sidewalks with restrictions, and hanging signs on awnings. Amendments update the code to account for new types of signs and technologies it did not address previously.

Regulation of murals will be removed entirely from the sign code and placed in the municipal code instead.

“We decided to bring the question of murals to a council workshop that we have scheduled for March 2,” Whyte said. “We have options that we are looking at, and we’d like some policy feedback from the council.”

The council suggested an additional change to allow roof signs — now prohibited in the code — if they are part of the historic character of a building that is on the National Register of Historic Places, part of a historic district or identified by the city as a property of historic significance.

Police: Man confessed to killing his wife and 3 children