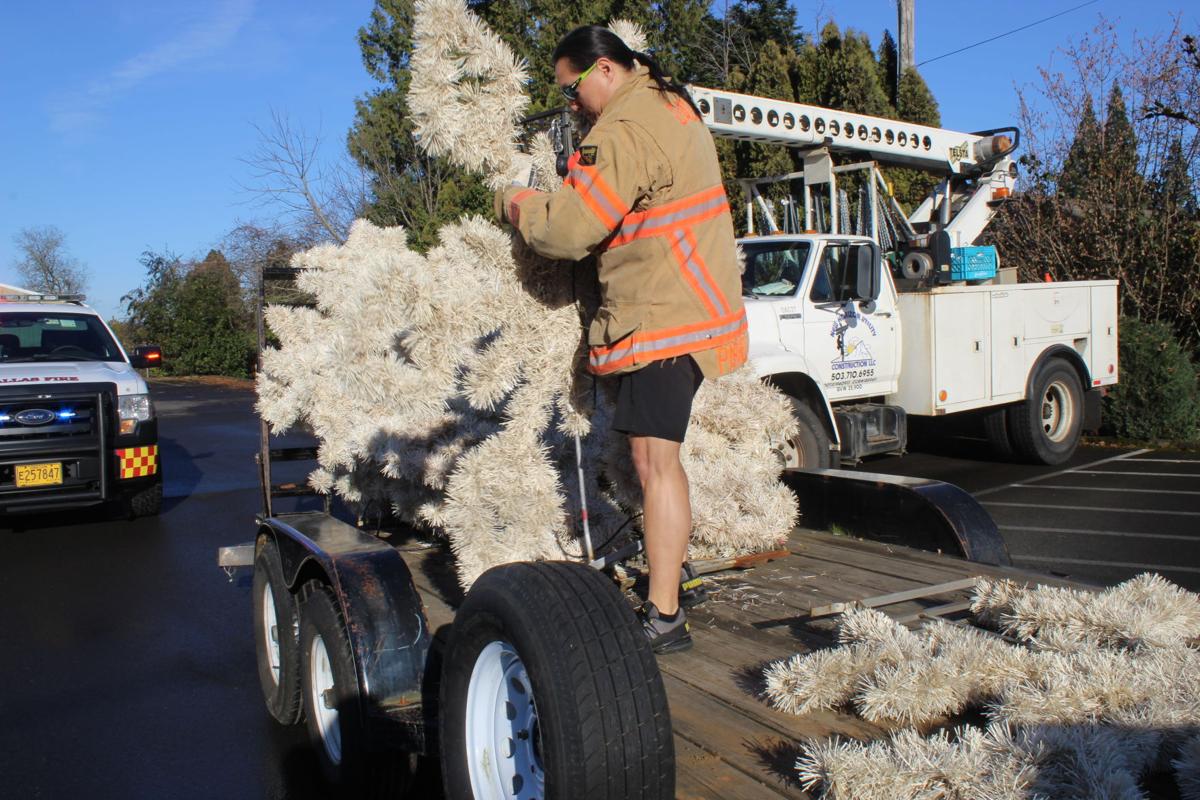 A combined effort started Monday to inspect and place the city’s snowflakes in their designated locations to be put up as decorations. 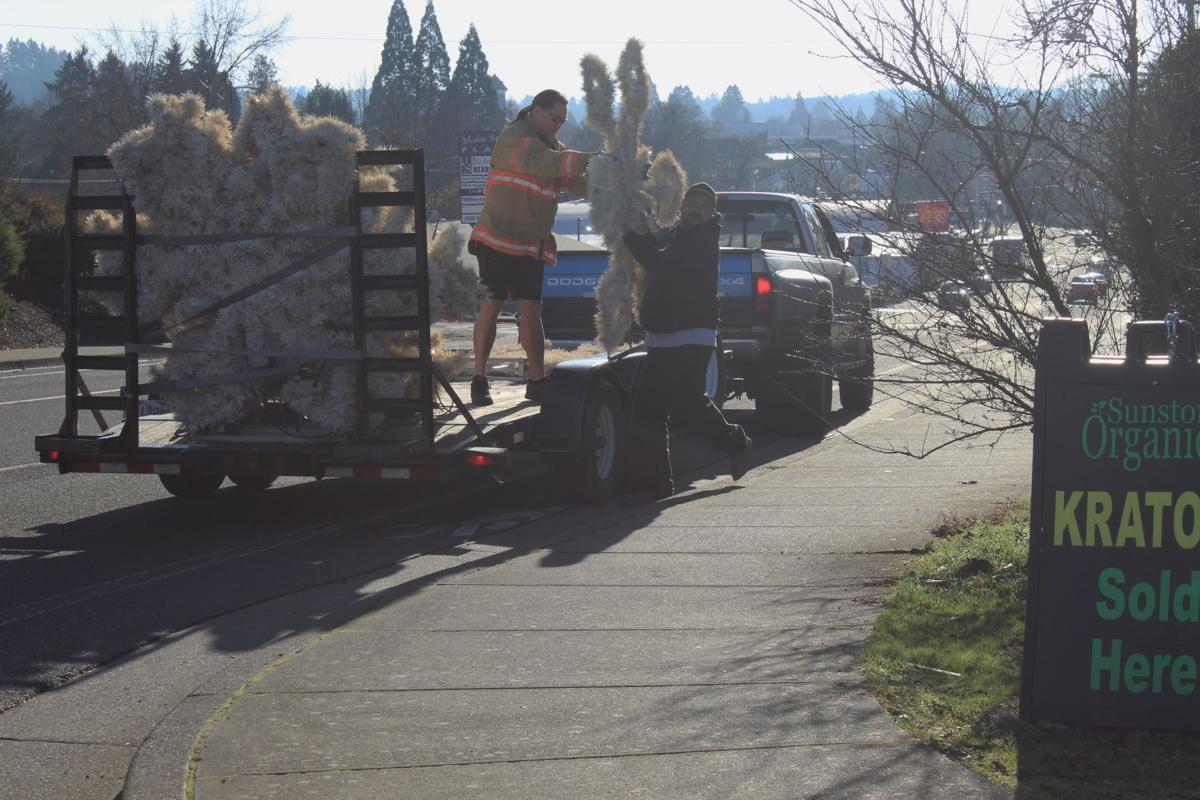 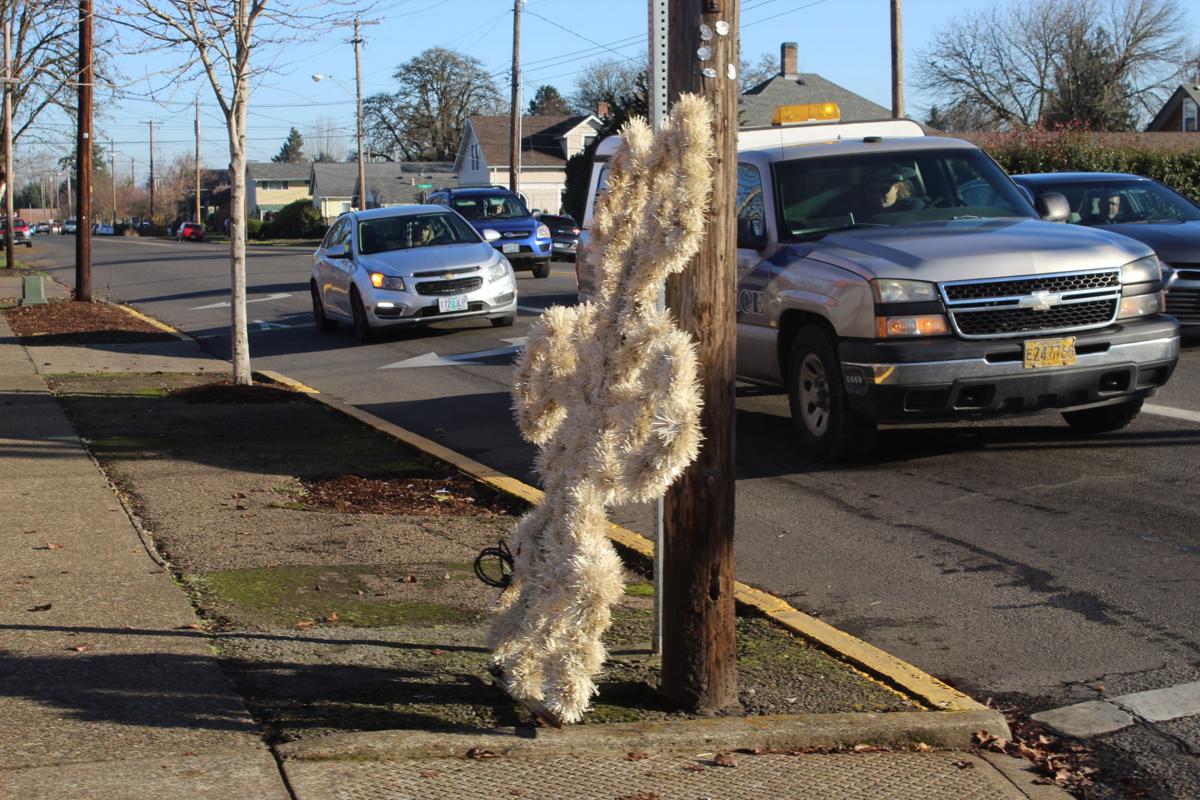 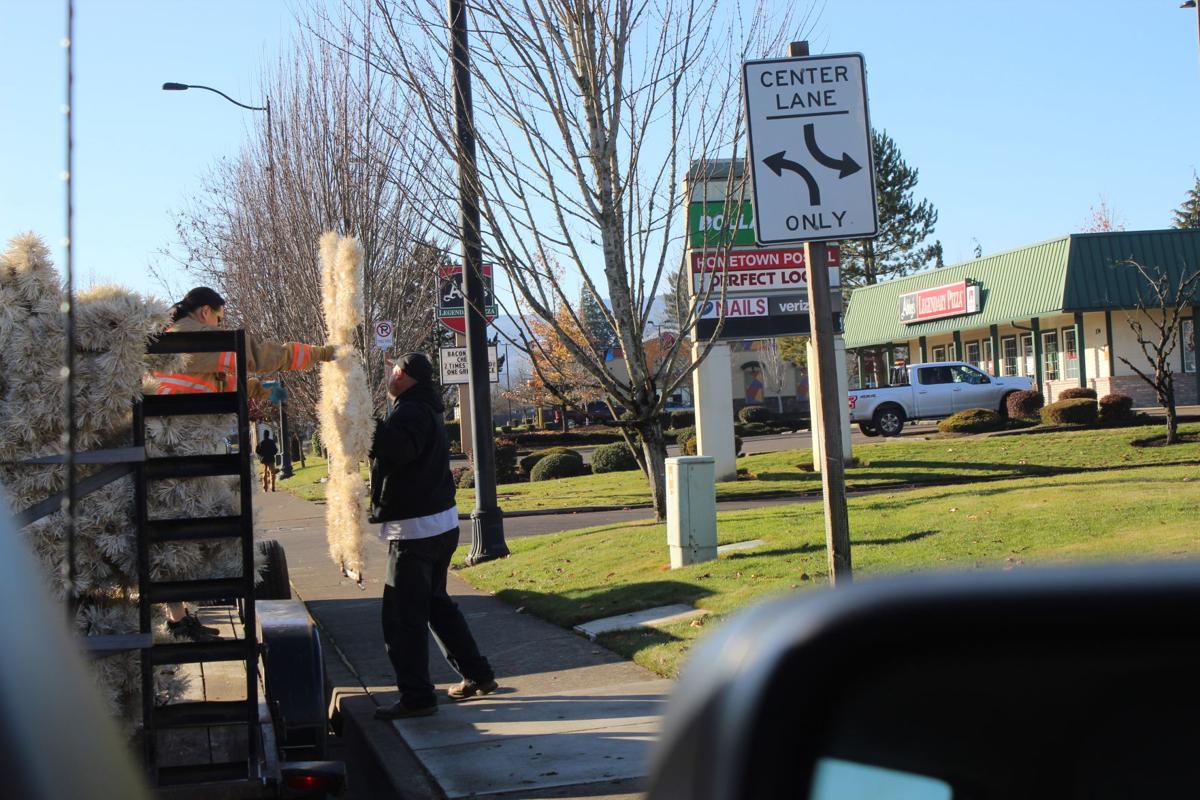 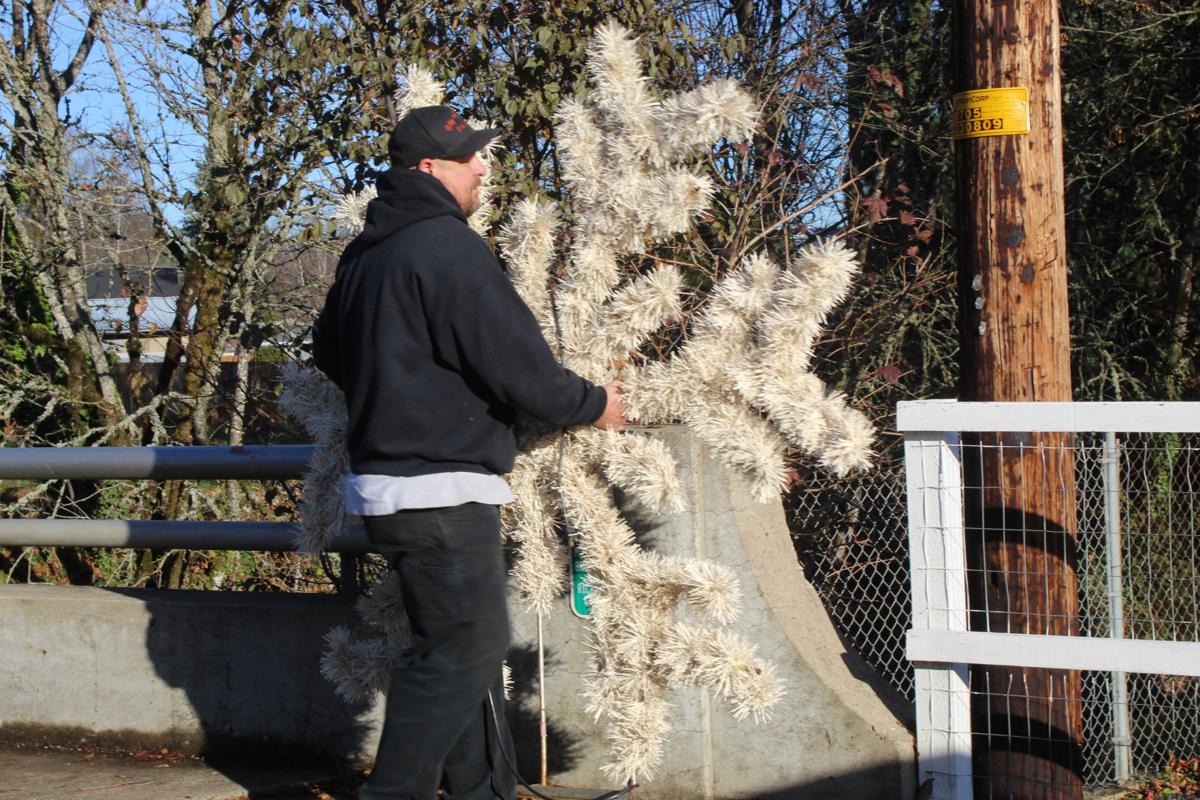 A combined effort started Monday to inspect and place the city’s snowflakes in their designated locations to be put up as decorations.

DALLAS — Those illuminated snowflakes that line Ellendale and Jefferson and Main streets in Dallas look festive all season long. But it takes quite the coordinated effort to bring the Christmas magic to the streets of Dallas.

Monday, city employees and volunteer firefighters gathered at the Dallas Fire Station to inspect the snowflakes — which are about 20 years old — test the lights and change light bulbs where needed. Fire division chief April Welsh said the inspection, testing and replacement process took about three hours.

Then at about 1 p.m., the snowflakes were loaded onto a trailer, pulled by a truck driven by volunteer firefighter Sheldon Schmidt, and hauled up to the Dallas Department of Motor Vehicles on East Ellendale to begin the process of unloading them at their designated power poles.

Volunteer firefighter Kevin Parnell joined parks supervisor Eric Totten to make up the unloading crew, while Welsh followed in a fire department duty rig. She kept the lights on to warn traffic to go around or be patient with the slow-moving truck and trailer.

The short caravan moved at the speed of a parade, as Parnell and Totten scrambled to unload the snowflakes and place them at the base of the pole that will be their home for the next month or so. The tour from Ellendale and around Main and Jefferson streets downtown took about an hour.

On Tuesday, Pacific Power followed the trail of snowflakes to hang and plug them in, in preparation of turning Ellendale and downtown into a winter wonderland just in time for Saturday’s tree lighting.

Meanwhile in the 800 and 900 blocks of Main Street, more Santa’s helpers — disguised as city of Dallas employees — were busy hanging snowflakes and wrapping the lampposts in holiday lights.

Welsh said the snowflakes add a festive feel to the streets, especially in a winter fog, mist — or snow.

What was Klobuchar thinking during heated debate moment?

Voter: I wasn't sure anyone could beat Trump. That's changed