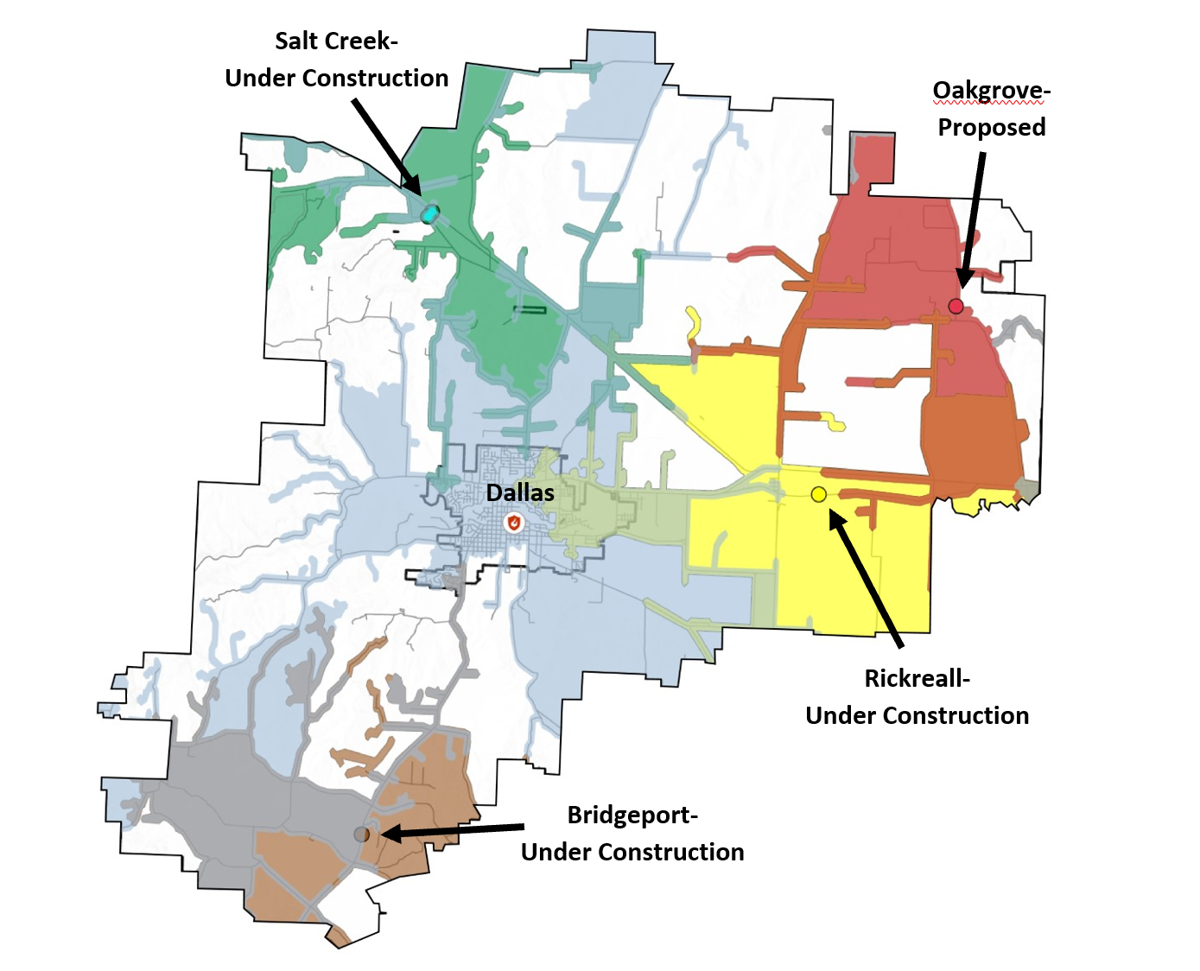 Southwest Polk has three new fire stations being built and another one proposed for future development. 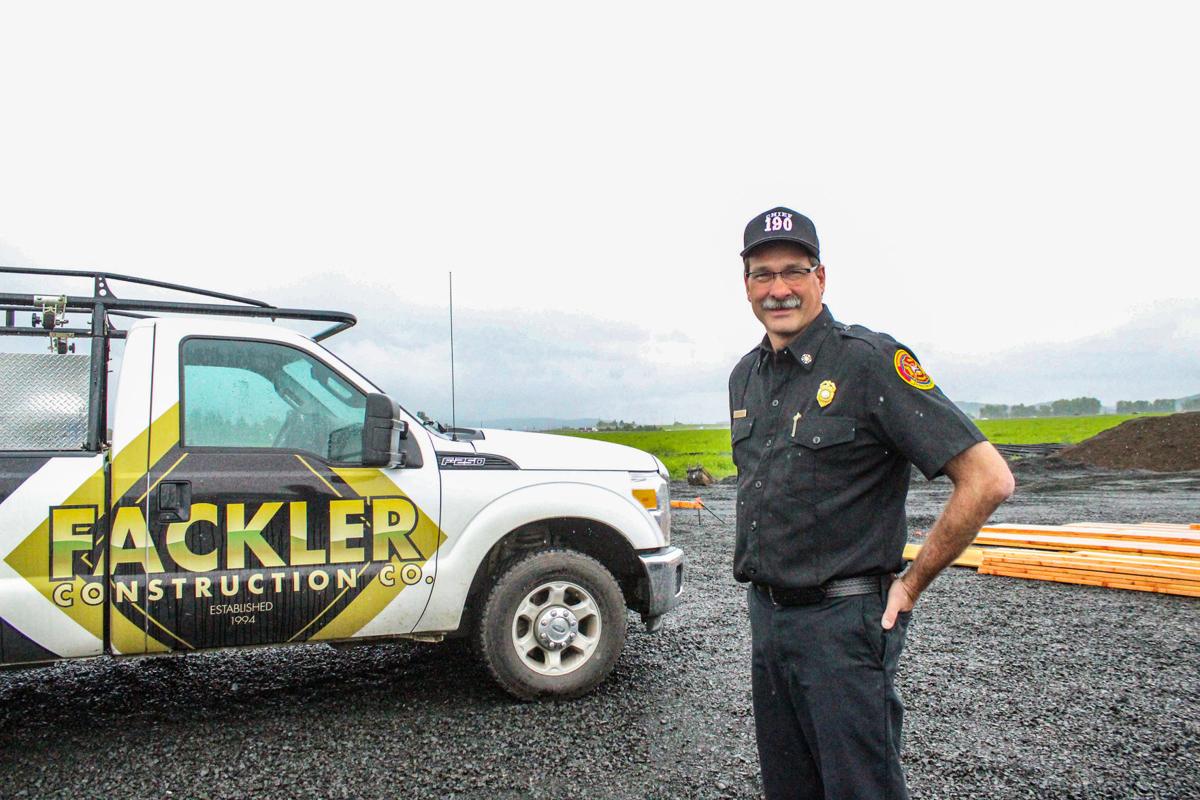 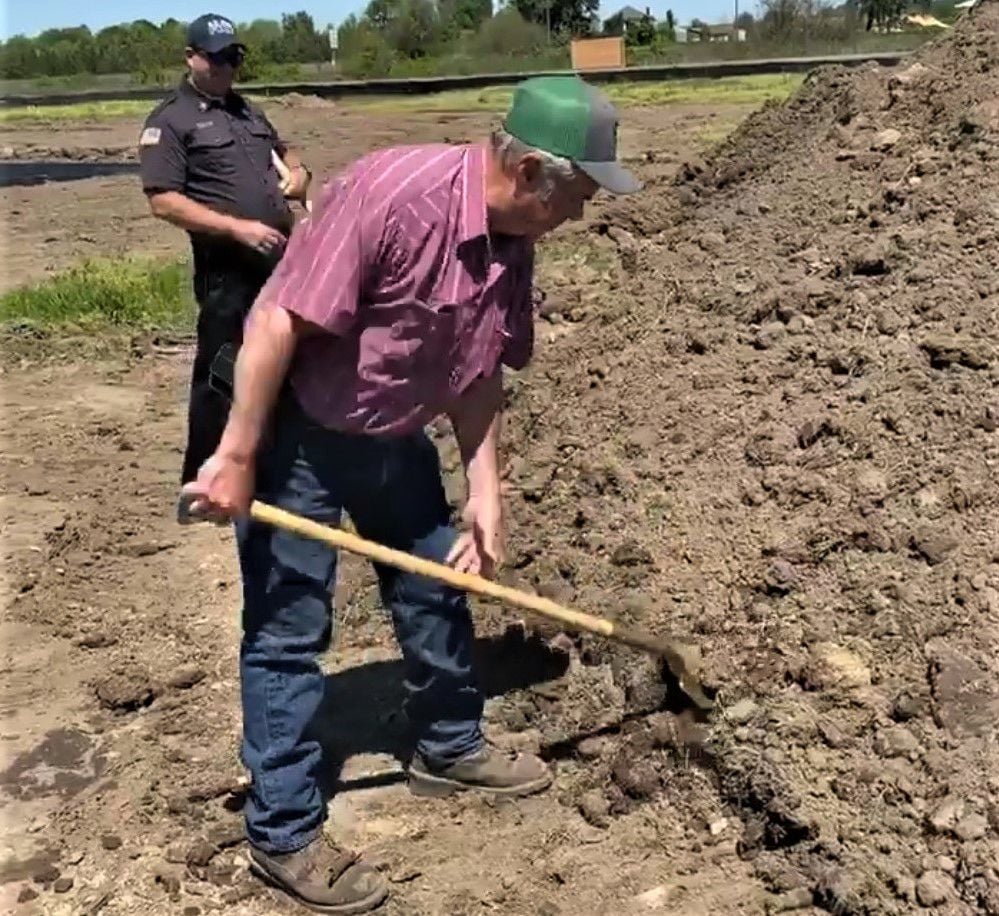 Southwest Fire District President Rod Watson turns over a shovel of dirt at the Salt Creek station site on May 8. 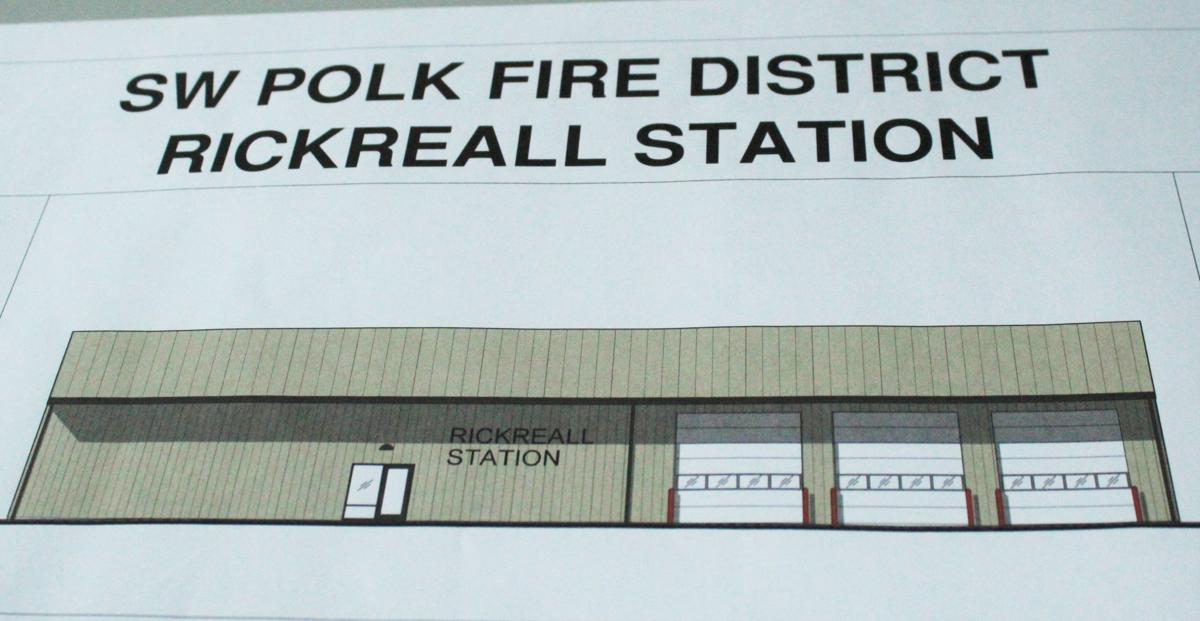 Southwest Polk has three new fire stations being built and another one proposed for future development.

Southwest Fire District President Rod Watson turns over a shovel of dirt at the Salt Creek station site on May 8.

RICKREALL — Board members and leaders in Southwest Polk Fire District have made good use of golden shovels during the month of May.

The district has held three “groundbreaking” ceremonies on the site of what will eventually be three new fire stations. One will replace the aging station in Rickreall, and the other two are additions in the Salt Creek and Bridgeport areas.

The ceremony at the new Rickreall station, on Rickreall Road next to Ag West Supply, was on May 1. A week later, the groundbreaking for the long-awaited Salt Creek station was held. Bridgeport’s ceremony was last, held on Thursday.

All told, the projects will cost $3.5 million and will be paid for by a voter-approved bond and grant funds. The stations will be built to accommodate growth, including space to add sleeping quarters for 24-hour staff in the future. Southwest Chief Fred Hertel said the new station provides space for training facilities, which the district is applying to purchase via grants.

Hertel said the actual beginning of the projects was nearly a month ago as nice weather allowed contractor Fackler Construction to start a few weeks early.

The ceremonies were done with social distancing measures in place and via Facebook live. To see the video go to Southwest Polk’s Facebook page.

“We are doing these groundbreakings to get caught up and really announce it to the world and the area what we’ve got going at Southwest Polk. We are excited to do that and I’m excited to be part of it. We’re just happy that we have the partnerships that we have with Falls City and Polk No. 1,” Hertel said at Thursday’s event at Bridgeport.

That station will be the smallest of the three, and is located on Kings Valley Highway between Falls City Road and Bridgeport Road. The location is on the border of Southwest’s boundary with Polk Fire No. 1, and will help residents of both districts when up and running. It puts structures in both districts within five miles of a first station, which helps lower insurance costs in a measure call ISO rating.

“We’re are excited to have this spot here,” Hertel said. “It really lays out geographically with the 5 road miles for ISO purposes and our response standards.”

The Rickreall station will be located on six acres, a vast improvement on the current station, which sits on a 100-foot by 200-foot plot. Now the Rickreall station has paid staff on duty from 6 a.m. to 6 p.m. the district will rely on volunteers for the night shift in Rickreall, and at all times at the other two stations.

“Now our volunteers will have great areas for future training, and we’ll have expansion capabilities to meet our citizens needs into the future,” Hertel said.

Hertel said the Rickreall station has 14 volunteers and Salt Creek has four or five already committed to serve once that station is complete. He expects more will want to volunteer as the stations start to operate.

“I think that is true for all the stations when they see movement and responses out of there, we will see more recruits,” Hertel said.

The station at Salt Creek may be more than 20 years in the making, according to Bruce Sigloh, a new Southwest board member and president of the Salt Creek Neighborhood Association.

“We believe that it was sometime between 1998 to 2000 when the first proposal was made and a bond issue was presented to the voters, which was defeated,” Sigloh said. “Now, finally, in 2017 another bond measure was presented, and it was passed. In behalf of myself, as a newly appointed board member and president of the Salt Creek neighborhood association, we are really proud of this effort.”

Hertel said buying land and planning for three construction projects took more time than he anticipated, but he is glad to see them all underway.  He said the projects should be complete by next spring.

“I haven’t quite spent as much time as the rest of these individuals, but they set the groundwork to make this successful. I came around at just the right time to fill in the blanks,” Hertel said. “It’s an exciting time and I’m glad to be part of it.”

He quit Facebook over Zuckerberg's handling of Trump posts. Hear why