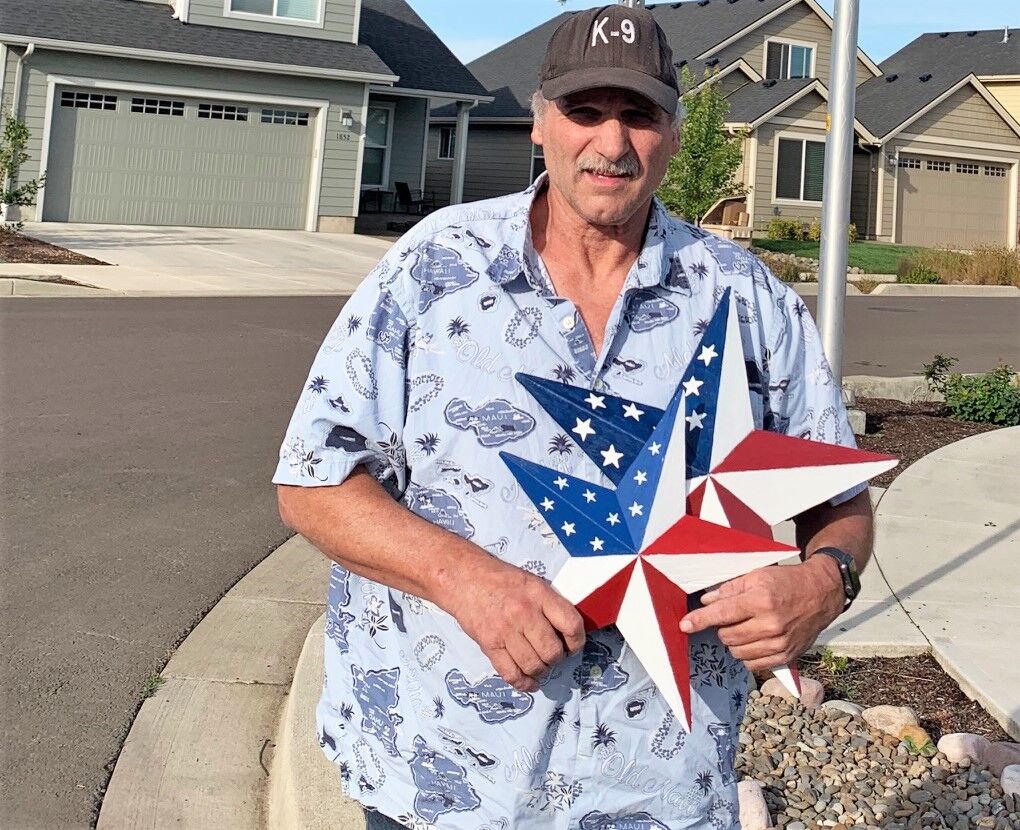 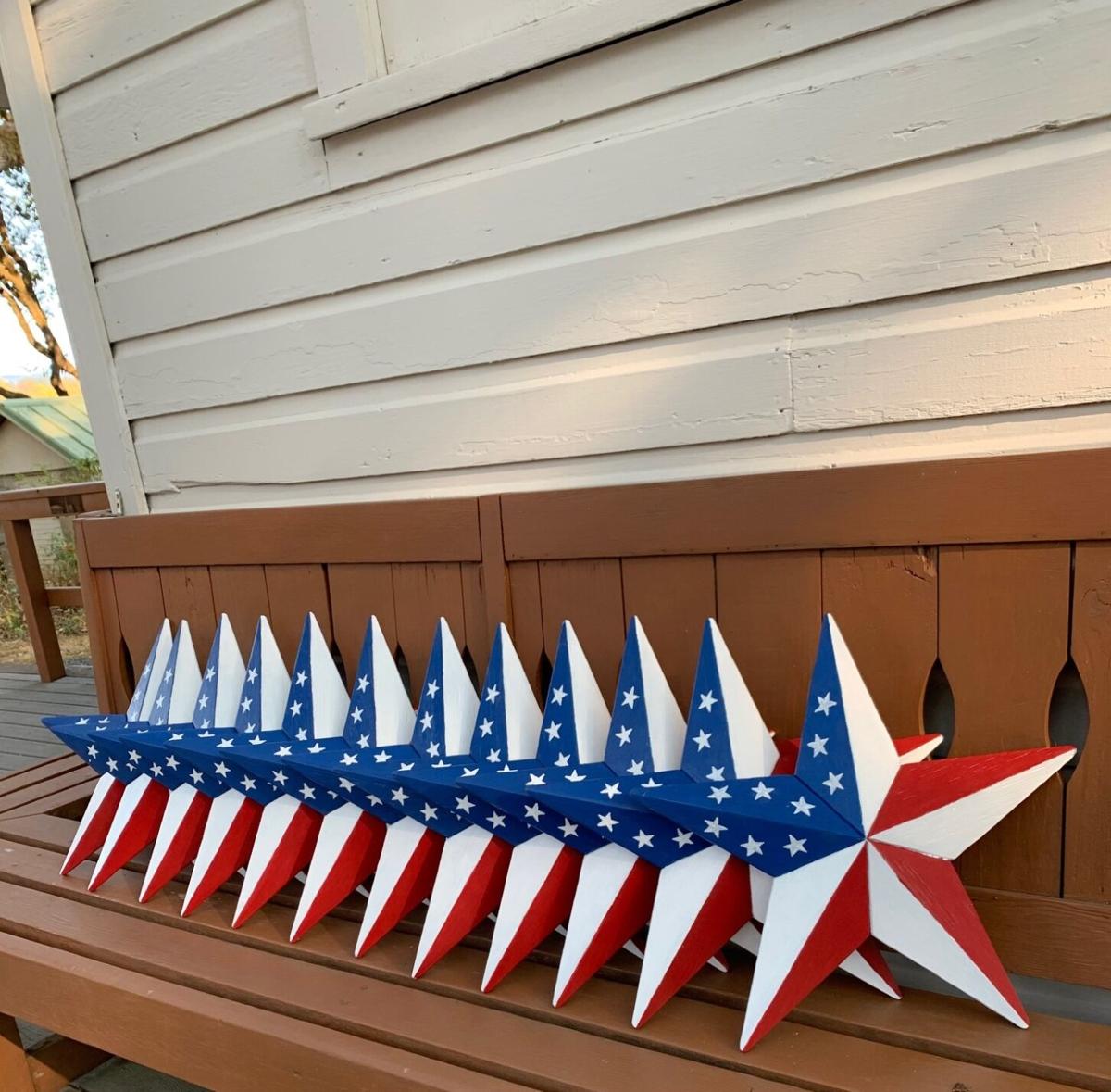 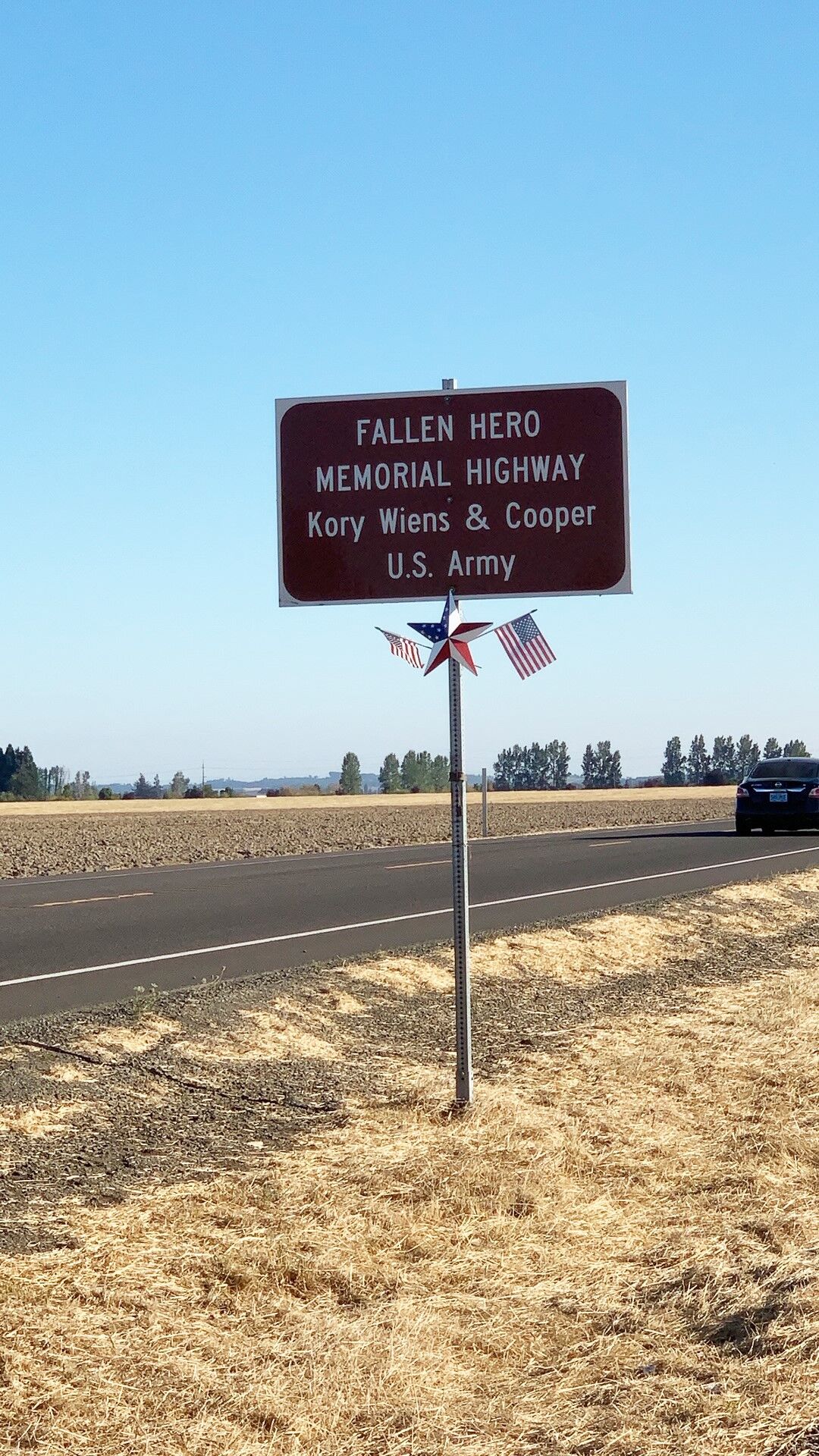 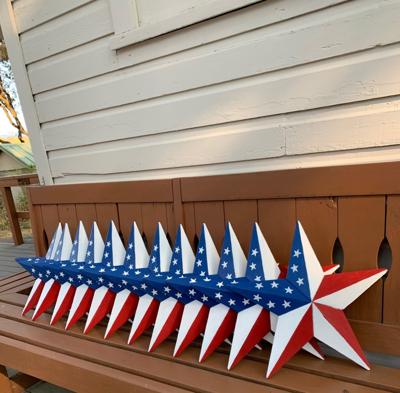 DALLAS — Kory Wiens would have celebrated his 34th birthday Sept. 6 were it not for a bomb 13 years ago in Iraq.

“Some people turn to alcohol and drugs and other destructive things,” he said. “I just like doing my woodwork, giving a lot of stuff away.”

Residents along Wiens Street in Dallas were given brightly colored wooden stars starting Sept. 6 to remind them the place where they live comes with a story about a 20-year-old soldier who never came home.

Wiens and his bomb-sniffing dog Cooper were assigned to the 94th Mine Dog Detachment, 5th Engineer Battalion, 1st Engineer Brigade out of Fort Leonard Wood, Missouri. Cpl. Wiens and his yellow Labrador retriever died July 6, 2007, while on patrol in the town of Muhammad Sath in Iraq.

Kevin Wiens remembers a little boy who could never abide schoolyard bullies. “He was always looking out for the little guy,” he said of his son. Kory, like Marine Corps Sgt. Ian Tawney of Dallas, was part of a generation largely inspired to military service by the terrorist attacks of 9/11. Tawney was killed in Afghanistan in 2010.

Since World War I, the families of U.S. troops have often flown flags with blue stars for each member of the family serving in the military. When one of them dies in combat, the blue star is changed to gold. “A lot of people don’t even know what the gold stars mean,” Kevin Wiens said.

He decided to do something different to honor his son and other fallen soldiers and create flag-inspired 3D stars.

“Up in Aurora, there’s a guy who is making them, and I just loved them,” Wiens said.

Although he makes them in various sizes, the stars he distributed on Wiens Street starting on Kory’s birthday Sept. 6 are 19 inches across. Wiens began the project simply by knocking on doors.

“That was the day that I went out door-to-door,” he said. “In retrospect, I should have notified the people, but the street was very receptive. I left two (stars) on doorsteps. It would be nice if every single house has a star. Maybe those two houses haven’t gotten around to putting theirs up yet.”

At least 15 homes along the street regularly display American flags, so Wiens suspected neighbors would appreciate receiving the free stars.

He gives away many stars, ranging in diameter from seven to 44 inches. Some he paints pink for cancer survivors. A great many go to gold star families. Although he sells some stars, he said, he rarely makes enough money to cover the cost of the wood and his own labor. That’s OK, he added.

“It’s a lot of fun to make the stars and provide them to people,” Wiens said. “That’s part of my giving to people.”

Wiens started woodworking by collecting scraps and turning them into doghouses and picnic tables. When he inherited property in the Dallas area, he also inherited a wealth of wood from an old barn. “Barn wood is pretty hard to come by,” he said.

He likes making stars out of repurposed barn wood, Wiens said. “They turn out really nice, the barn woods ones.”:

Wiens spends a lot of time with other gold star parents.

“We try to come up with a lot of therapeutic-type stuff,” he said. “It’s really nice to be able to be around these gold star parents. I help them out, and they help me. We have something unfortunate in common. It takes you a few years to get back into normal life.”

In addition to woodworking, Wiens also dealt with his grief by following in his son’s footsteps and became a certified dog handler.

It turns out dog handling is a family tradition, one Wiens only recently discovered.

Kory Wiens and Cooper were the first soldier-and-dog team to die in combat since the Vietnam War. Kevin Wiens recently ran across a photograph of his own father, a veteran of the Korean War, who was also a dog handler.

“I don’t know if my son knew his grandfather was a dog handler as well,” he said. “In the photos, it’s almost identical they way they’re sitting. It’s eerie. The photos were taken almost exactly 50 years apart.”

Wiens Street in Dallas is not the only memorial to Kory Wiens. A dog park at Fort Carson, an Army base in Colorado, is also named in his honor. It’s the same base here his grandfather was stationed as a dog handler.

All such honors are small compensation for losing a son and the grief Kevin Wiens deals with on a daily basis, but woodworking helps.

“I always call it my therapy,” he said. “I don’t watch TV hardly. I just do woodworking all the time. I highly encourage grieving people to seek out something like that other than whatever destructive thing they might be doing.”