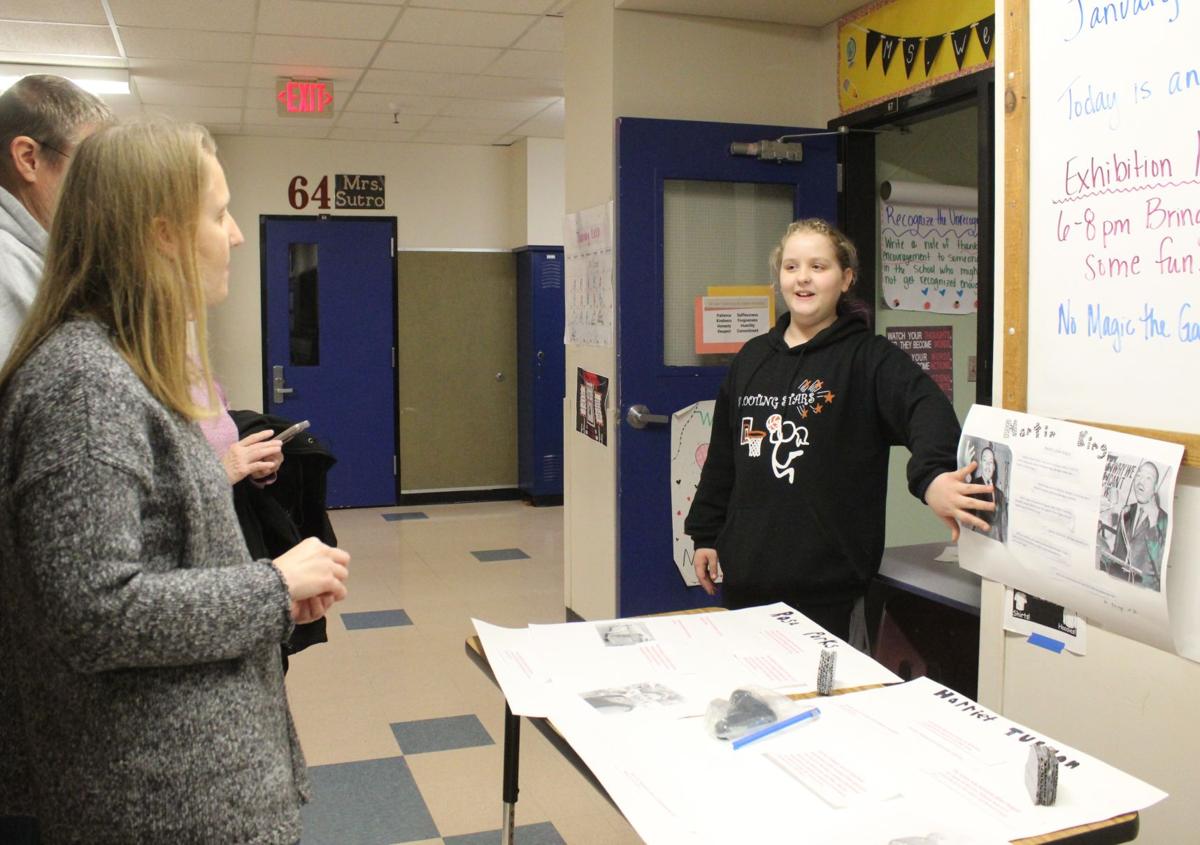 Mia Murray, right, talks about her display of the American Civil Rights movement she created for the LaCreole Middle School Exhibition Night. 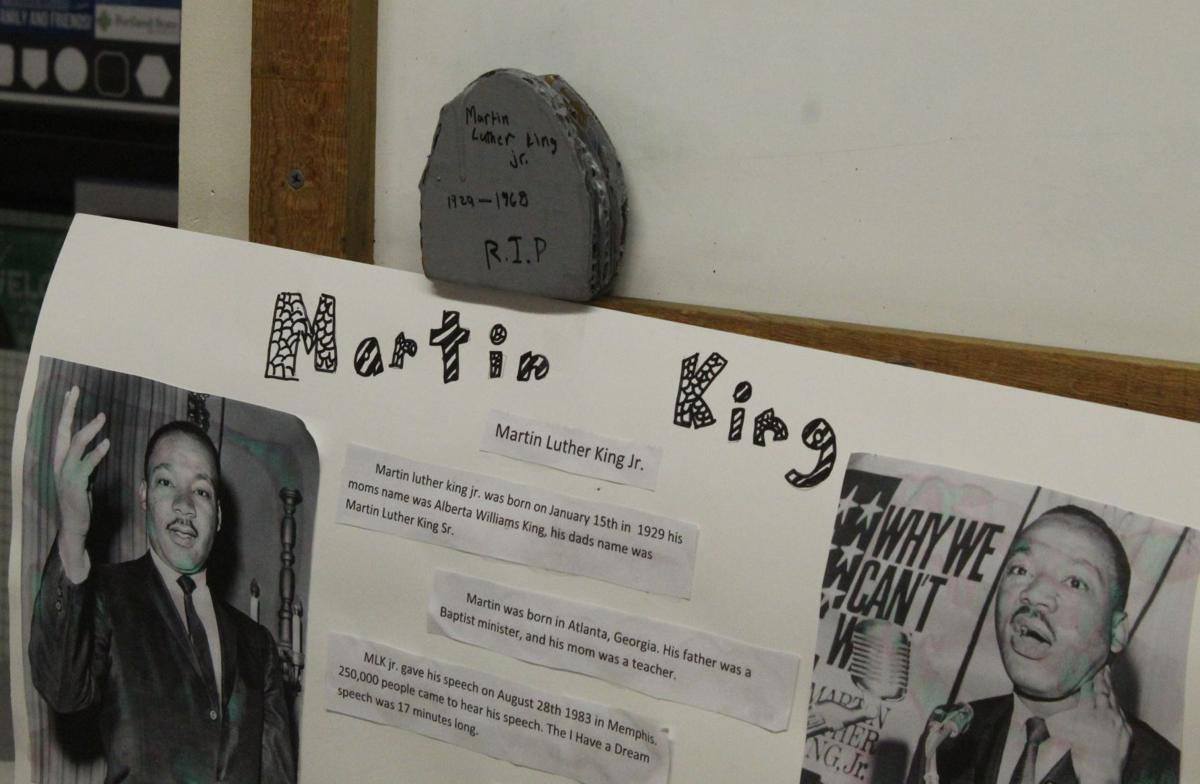 Mia Murray, right, talks about her display of the American Civil Rights movement she created for the LaCreole Middle School Exhibition Night.

DALLAS — Harriet Tubman was born Araminta “Minty” Ross. She changed her name after escaping slavery in 1829.

“She died the year Rosa Parks was born,” Mia said.

Murray created a display on the American Civil Rights movement as part of the sixth-grade social studies “museum exhibits” at LaCreole’s Exhibition Night on Jan. 21.

The event had 23 demonstrations and exhibits showing off the work of students at the school. On display were inventions, student-created businesses, tie-dye art, robotics, student journalism, history exhibits and science experiments. Community members are invited to Exhibition Nights to see what students are learning.

LaCreole principal Jamie Richardson said Exhibition Night is a chance for students to demonstrate their knowledge to a wider audience of community members.

“Our students are developing important skills at this age. It is good to practice with others beyond their peers and classroom teacher,” Richardson wrote in the invitation to the event. “Having a chance to exhibit and explain their learning creates motivation knowing our community will be seeing their work.”

Mia said her interest in the Civil Rights movement began at an early age — when she was 6 — so when she found out her class would be creating exhibits on social studies topics, she knew exactly what she wanted to do.

Mia said she admires the subjects of her exhibit.

“They took things into their own hands to change the way the world was to make it better for people,” Mia said.

Police say girl abducted at gunpoint by her grandmother