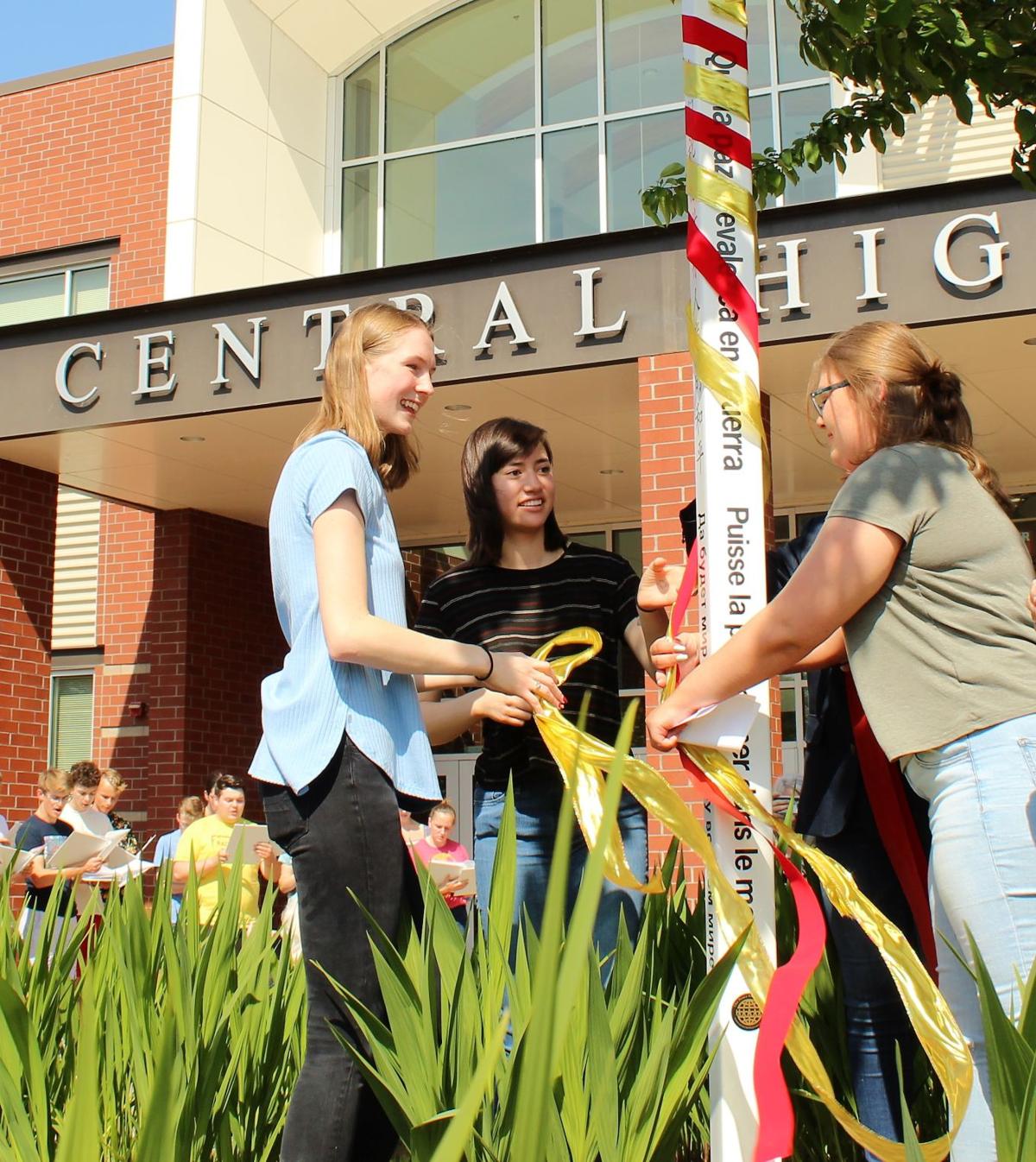 Members of the Interact Club, Kennedy Smith, Phoebe Bordadora and Jayden Jackson, unveil the Peace Pole in front of Central High School on May 30. 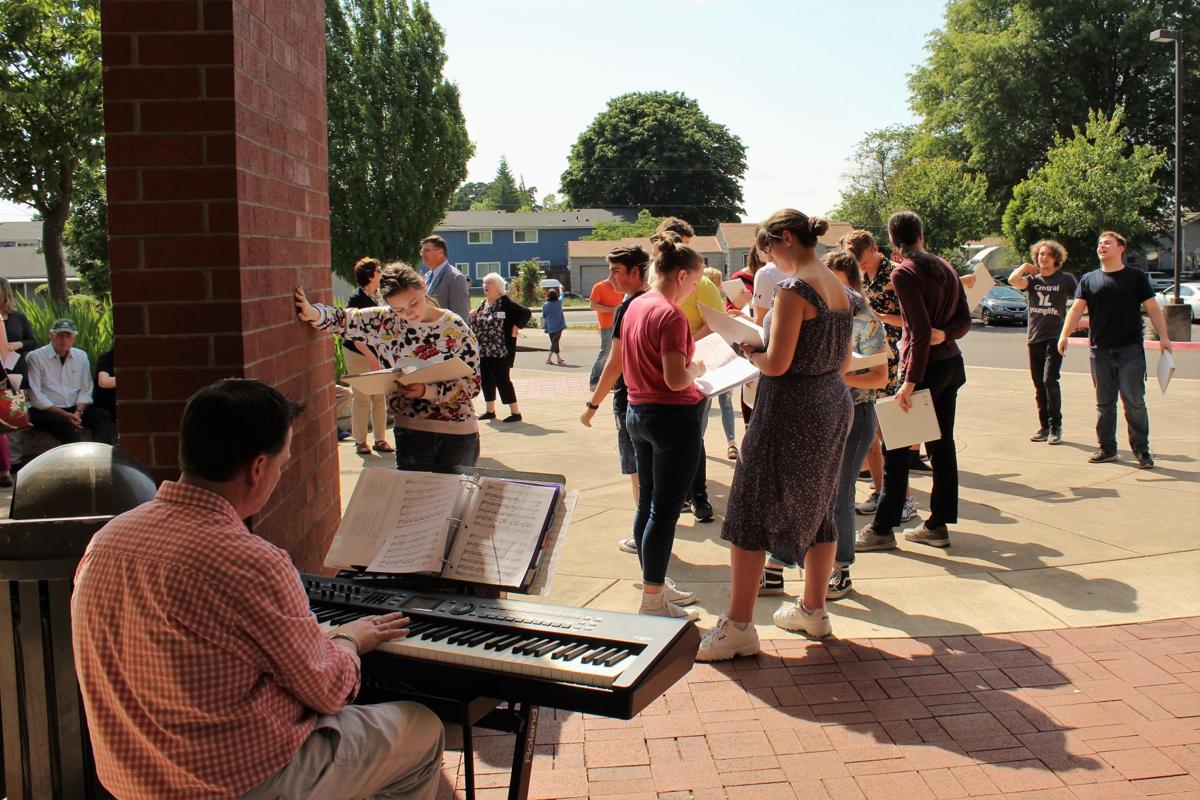 Central's choir warms up before the ceremony

Members of the Interact Club, Kennedy Smith, Phoebe Bordadora and Jayden Jackson, unveil the Peace Pole in front of Central High School on May 30.

Central's choir warms up before the ceremony

INDEPENDENCE — The latest addition to the landscape in front of Central High School doesn’t need to be watered, but the Interact Club hopes its intention will flourish in the community.

“May Peace Prevail on Earth” is written in eight different languages on the Peace Pole that was dedicated by the CHS Interact Club on May 30.

The Interact Club is a youth program of Rotary Club.

Interact president Kennedy Smith said the club liked the project because it brings the community together.

“We raise money, and every year we decide what we want that money to go to,” Smith said. “(Rotary Club member) Patty Nevue came to us and said she heard of a project.”

Nevue arranged for another member, Bonnie Ross, to speak to Interact about installing a Peace Pole.

“She came in and gave a presentation,” Smith said. “We decided we wanted to have that at our school as well.”

The languages on the pole — Spanish, Arabic, English, Russian, Chinese, Japanese, German and French — were chosen to represent people in the community, Smith said.

“For the demographics, we just got the ethnicities of the people (in the community) and had to determine what languages,” she said. “We had to do a bit more digging with that. Ms. (Amanda) Laister was a big help with that.”

“Two years ago, on Earth Day, we decided to plant Peace Poles around (Oregon and Washington),” Strober said. “We planted 130 poles on that day. The largest one-day planting ever. These poles started at the end of World War II in Japan. We now have them in Battleground, Seaside, La Grande and Hermiston. The furthest south is Independence, Oregon.”

Sorry, there are no recent results for popular images.