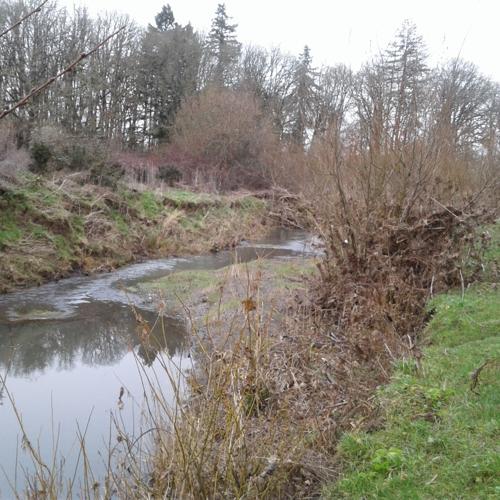 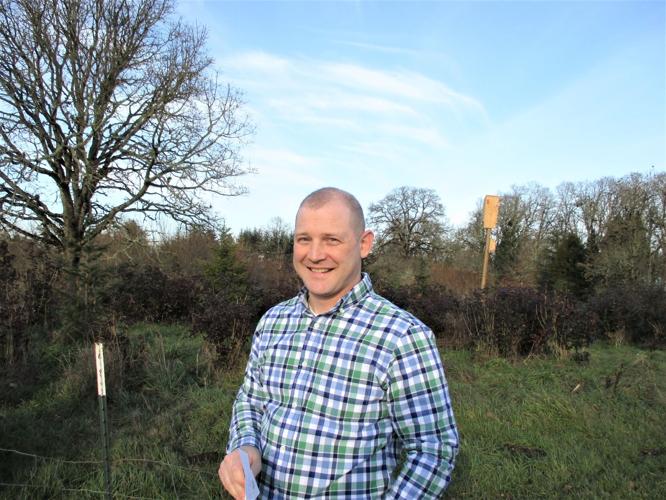 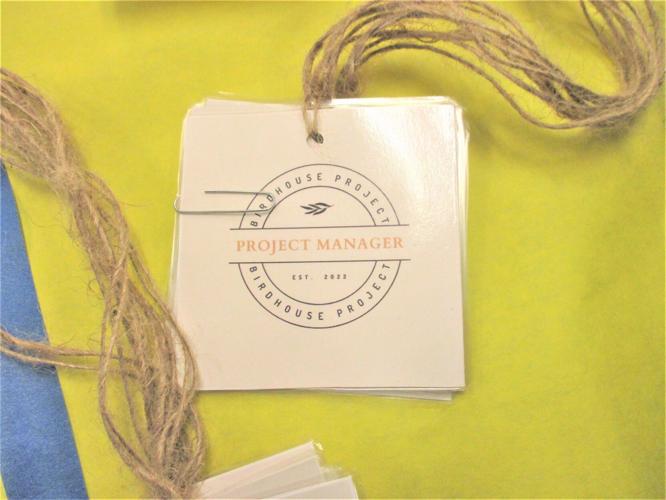 A badge worn by a team member during nest-box construction in Beatley’s class. 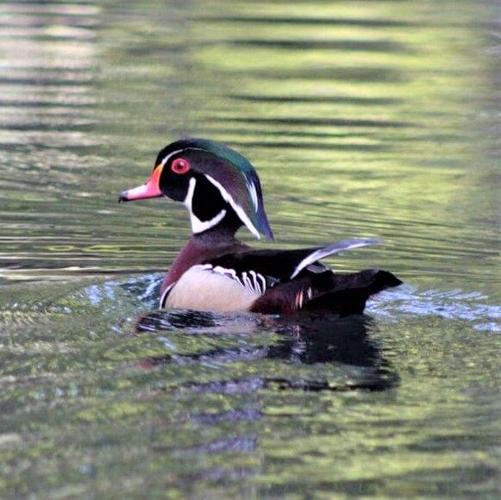 A badge worn by a team member during nest-box construction in Beatley’s class.

Some students at Talmadge Middle School think maybe they’ve figured out the answer to that question – they’ve designed a wooden nesting box for wood ducks with a 12-inch square as the base, and walls about twice as high as the floor. It’s topped off with a roof.

In fact, many different nesting boxes – all specially tailored to a particular species – currently stand on posts of varying heights by Ash Creek, in the hope of enticing flying, feathered parents-to-be. The bird homes were built by a team of young scientists led by Dave Beatley, a science teacher at Talmadge who offers a class called STEM, an acronym for the combination of science, technology, engineering and math.

Beatley is known both by students and colleagues as an incredibly creative guy who’s zealous about science education – and he has been proving it year after year, even during the pandemic. He’s been aided in his quest by a lucky geographic location and a grant-giving agency.

Members of the board of the Ash Creek Water Control District (ACWCD) began funding him a few years ago, after deciding that what was really needed -- aside from a healthy creek – was a cohort of community youth to appreciate it.

“My motivation, and I think for the other board members too, was to educate locals about their environment, specifically Ash Creek, what it needs, and what makes it healthy,” explained Dan Farnworth, chair of the ACWCD board. “So, when the future rolls around, cadres of informed, caring people can continue to help Ash Creek,” he added.

Ash Creek, which meanders through a field by the school, is only a short walk from Beatley’s science classroom.

The ACWCD has been handing out $500 grants at Talmadge and Central High School for several years now, noted Andrea Melendy, who serves on the ACWCD board. She concurs with Farnworth on the program goal. “I would agree that our aim is to educate future adults to the needs of our small waterway,” she said.

But increasing awareness about the importance of maintaining the creek’s vitality isn’t likely to be the only result. Several studies on science in early education – from pediatric journals to the National Science Foundation – have shown that the kind of experiences provided by Beatley not only lead to better learning outcomes but can have a lasting impact on overall interest in science among the young participants, including biology, chemistry and physics.

“I saw kids who might otherwise disengage in traditional coursework really engage in this,” Beatley said. The hands-on learning, the teamwork, the trips outside by way of the classroom’s back door always seemed to create a buzz of enthusiasm, he said.

Cameras were placed along Ash Creek to capture photos and videos of animals ranging from river otters to blue herons, an assortment of visitors that surprised even Beatley. “It turns out we are in a pretty good zone here,” he said of the stretch of the creek by Talmadge.

The images were rich fodder for discussion. When a black-tailed buck with a big spread of antlers showed up on one of the films, it was obvious that the large male had been severely injured. An antler had broken off and one leg was crumpled, causing a limp.

So, the hobbling buck became a hot topic: Had he been hurt by a passing car? An encounter with a cougar or other fierce predator? Or had the heavy rains created conditions that toppled him in such a physically damaging way? “We went back and forth on that,” Beatley said.

Though the students saw a wide variety of mammals with their camera set-ups – nutria proved common – deer showed up in far more photos. As a result, the deer provided the basis for a scientific look at when and how they clustered – they appeared at specific times, and higher temperatures or mild weather seemed to predict their movement.

Each picture or video was counted as an “event,” Beatley explained. Then students illustrated when each species was most active by graphing the frequency of these events, he said. “Much of what they found in terms of animal activity went against what they expected,” Beatley observed. “For example, they found that deer were mostly active during mid-day.”

Beatley’s students previously had looked at tiny aquatic creatures by putting samples of the mossy water under microscopes with high magnification. When deer routinely drank in the same place where the students had once examined these hard-to-see invertebrates, it was a natural way to show how a creek is intertwined with diverse forms of wildlife, Beatley said.

Now, the students are moving on to study birds, or more specifically, nesting birds. The project required them to do research to determine the birds that might live in the area, the way they nest, and the kind of nesting boxes that attract specific types.

“The logistics for nesting boxes worked really well,” Beatley recalled. The class was divided into groups, and each group picked a “target species” based on habitat range and the required nesting conditions. They fashioned the boxes based on their findings, he said.

This took some project management, so the teams were given name tags with labels – tool specialist, project manager, design engineer – to designate who managed the equipment, who oversaw the plans and who kept records of the construction progress.

In Beatley’s classroom, a teaching area with desks and a white board is flanked by another part that looks like it combines a science lab with a mechanic’s garage.

The students used hand saws to fashion boards into nesting boxes, making sure that the holes for the entrance and other dimensions matched their research. “The students were so engaged with their roles, the management of the project on my end was easy,” Beatley said. “And, with the timing of nesting, I think we got the boxes up in time for them to be useful this year.”

The nesting boxes now await the hoped-for inhabitants. One is for saw-whet owls, another is for western bluebirds. The one Beatley seems most excited about is built for the wood ducks, which hunt for nesting opportunities in trees.

The hope is that they will nest in the comfort of the box built just for them. “We won’t know until they do,” he explained. “We will just have to wait.”

Beatley wants to proceed very cautiously, not approaching nests until all fledglings are out. No drones will fly overhead to see what’s there, no one will trek through to inspect the area, he said.

Instead, as spring turns to summer and the birds have flown off, he and the students will get ladders and clamber up to look for telltale signs of former avian occupancy. And then, of course, they will gather data on their results.

(Trammart News Service, of Trammart Inc., is solely responsible for the style and content of news accounts it provides.)

Check out our local job listings