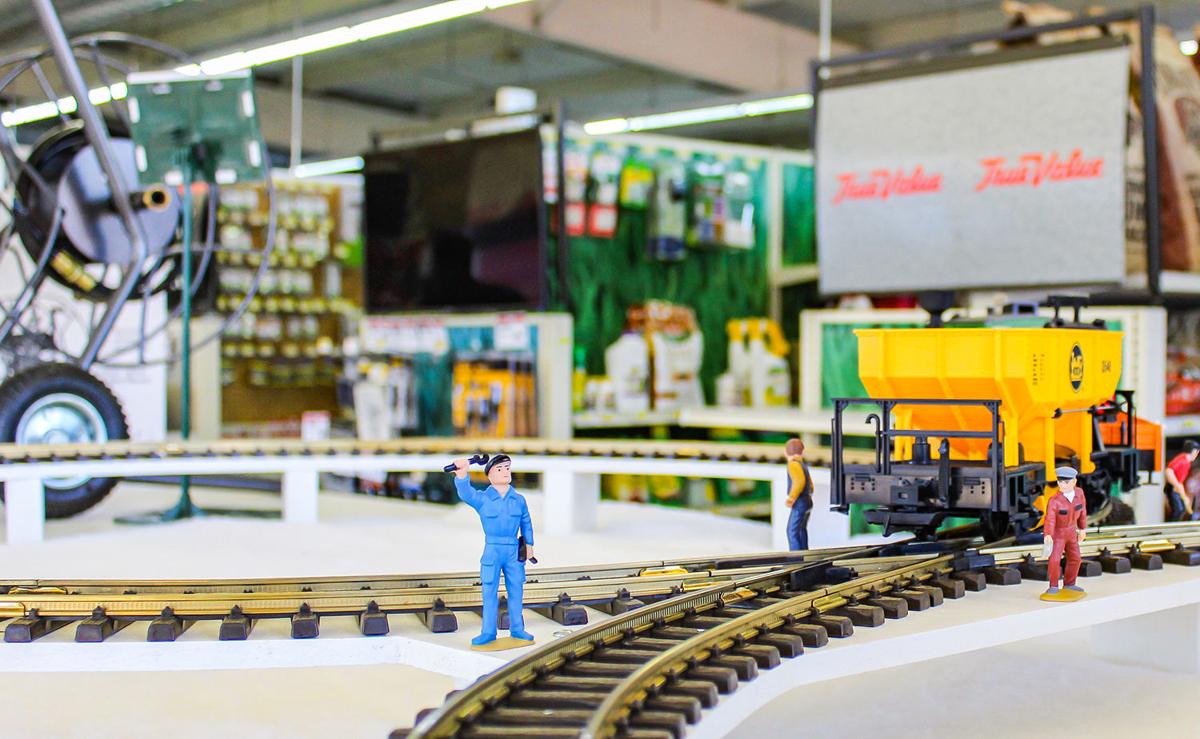 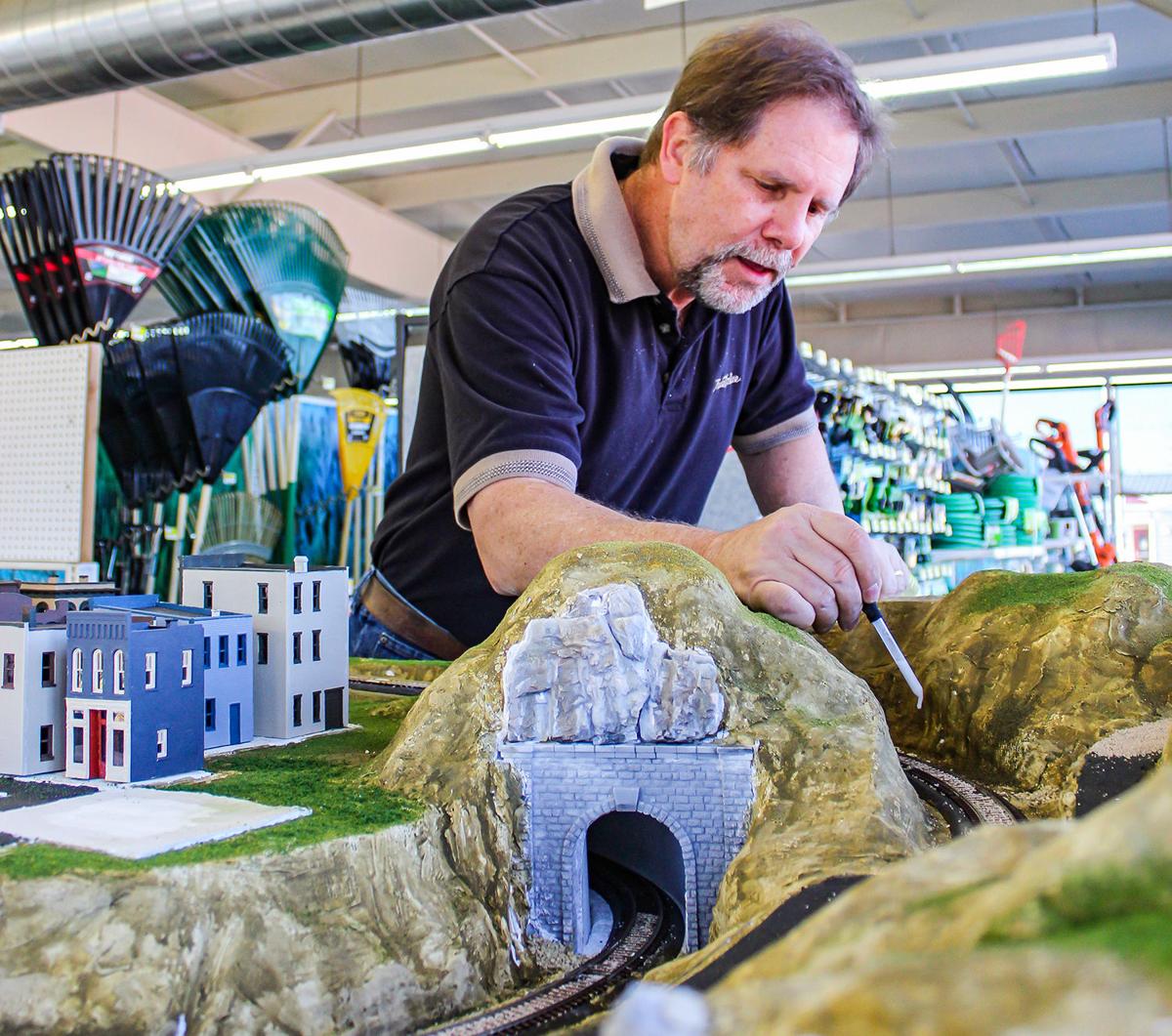 Dave Upton works on the model train display he puts up every year at True Value.

Dave Upton works on the model train display he puts up every year at True Value.

INDEPENDENCE — Dave Upton isn’t a train hobbyist. He doesn’t have one at home. But his face lights up when he talks about the display he’s been working on for the last couple of months.

Upton, who owns True Value Hardware in Independence, got the idea about five years ago when a model train maker exhibited at a trade show.

It went over well the first year Upton put up a train during the Christmas season, he said. “For a lot of guys my age, it evokes memories of Christmas,” Upton said.

He’s added to the store display each year. Now it has two separate trains, of different scales that run on tracks side-by-side.

“His customers, especially the kids, love them and come in just to watch the trains run,” said Walt Markee. “This year he pulled all the stops. He bought a huge kit that he already has spent more than 200 hours putting it together.”

Though he’s put in a lot of hours this year, there’s still more to go. He’s detailed the buildings that make up the model town the train passes through and will add bushes and trees to park area.

Upton said he thinks of his display as a hospitality to customers. In the back of his mind, he thinks about a grandfather or father working on a train set with his grandson or son, he said.

As much as kids enjoy video games and technology, they still enjoy more hands-on projects such as train sets, Upton said.

“It’s tradition,” Upton said. “It’s waned from popularity but more people could be interested if they were exposed to it.”

Klobuchar vows to bring 'decency' back to Washington