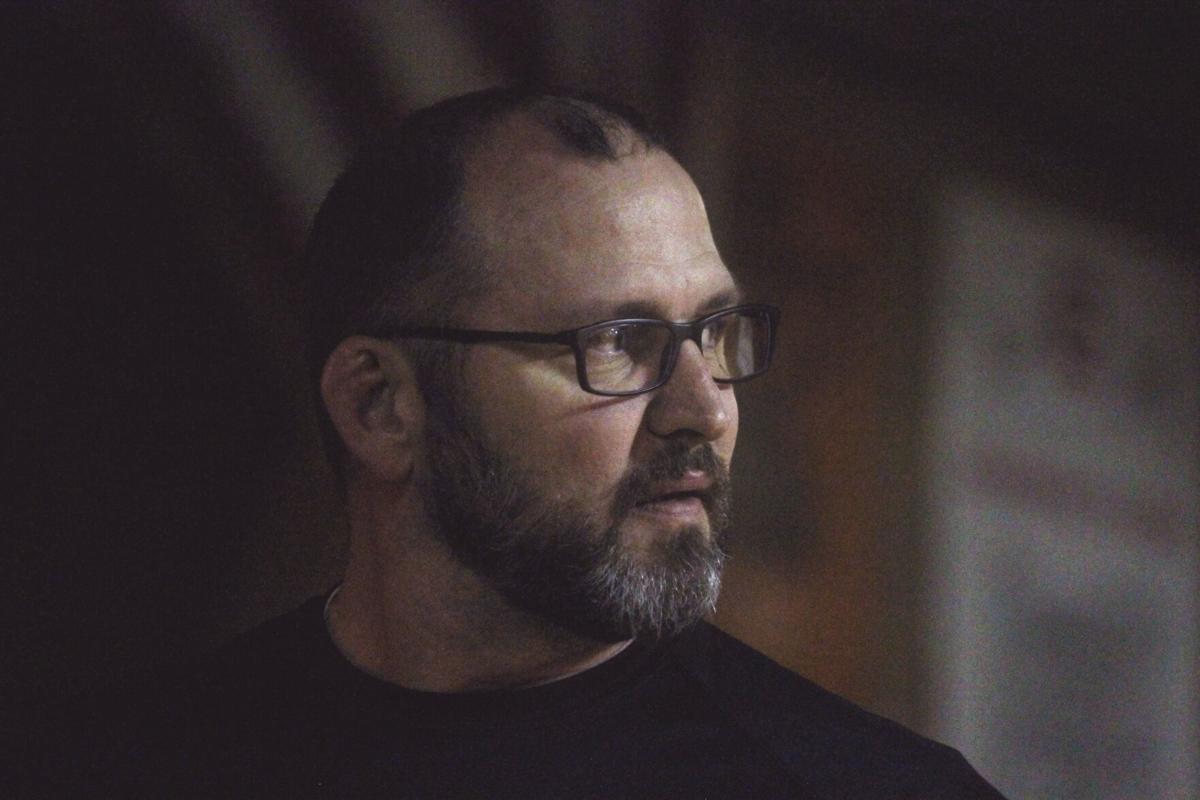 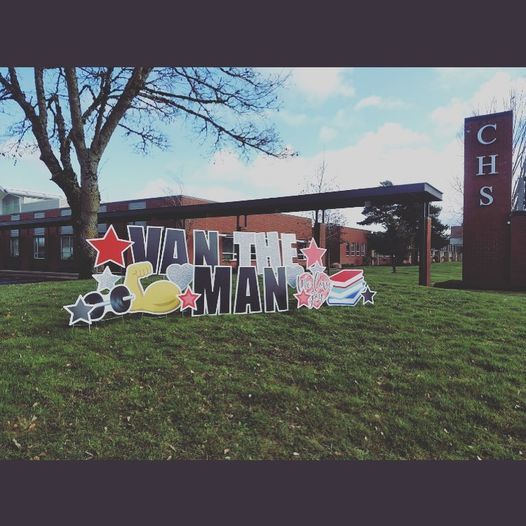 A tribute was quickly erected to Van Holstad on the lawn of Central High School. 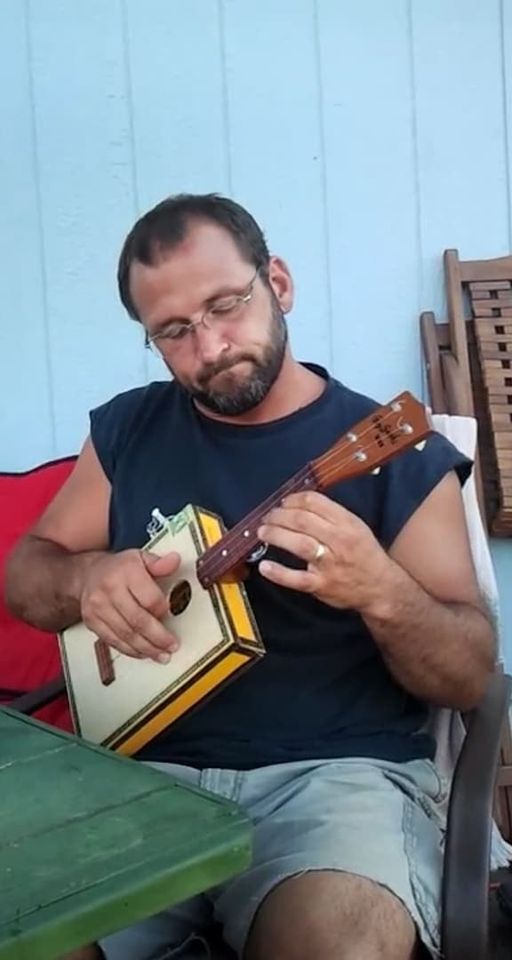 “One day at a BBQ, he walked away, didn’t say a word and came back with this cigar box ukulele he made & just started playing. I was so impressed,” Vidal Peña shared on Facebook.

A tribute was quickly erected to Van Holstad on the lawn of Central High School.

“One day at a BBQ, he walked away, didn’t say a word and came back with this cigar box ukulele he made & just started playing. I was so impressed,” Vidal Peña shared on Facebook.

INDEPENDENCE — A large hole was left in the Central School District community last week when beloved teacher Van Holstad died Friday that an outpouring of sentiment has since tried to fill across social media.

According to a post on the Facebook page “Central High School – In the Know,” Holstad passed away Friday from complications after a heart attack earlier in the week.

Superintendent Jennifer Kubista led the tributes, recounting the many ways Holstad touched the lives around the school community.

“Van was a pillar in Central School District 13J, as a teacher, coach, lead champion for students and staff, and so many in our community,” Kubista said. “From wrestling, to teaching, to assemblies, to keeping score for volleyball, to leading the Panther stomp tradition, Van lived his life in a genuine, authentic way, always supporting and advocating for students. He was an inspiration to all who knew him. “

Holstad, 51, was among a group of 13 hired right after graduating from Western Oregon University to teach at Central High School in 1998. Listing his roles through the years from his resume — social sciences teacher, wrestling coach for 21 years, assistant football coach, member of leadership committees and current vice president of the Central Education Association — omits the impact those duties had on all the lives he crossed.

Lori Szymanski was the last remaining teacher, along with Holstad, from that original group of 13 at CHS. She wrote on her Facebook page she always thought Van would be the last one standing among them. She said during their struggles and bonding at their new school, through it all was Holstad.

“Truly he is the heart of the Panther family: if there is one person to embody the Central spirit, it is him, and I know everyone would agree with me,” Szymanski wrote. “The loudest laugh, the biggest cheerleader, the one in the back of the room at meetings who asked the hard questions everyone else was thinking but didn’t voice, the one to push back, but always in the name of what was right, what was fair, what was best for kids and teachers. He had your back. No. Matter. What. (And nobody would want him against you; he could take you DOWN in a second). And then there’s the Panther Stomp….”

The memories continued to pour in over the weekend, especially from his students, past and present. Lynsie Erdman, now a colleague with Holstad’s wife Jeannine at Monmouth Elementary School, recalls being a member of a headstrong sophomore class that met up against a confident yet newbie teacher in his first year at CHS. Erdman said Holstad in his introduction, they could call him either Mr. Holstad or Coach, as he only wanted to coach and to do that, he had to teach.

“So here we are thinking, great, a super rude and tough guy who only wants to coach,” Erdman said. “I left his class loving history. And by the end of year, we were calling him ‘Stad’ out of respect. He impacted so many lives, not just on the wresting mat.”

However, Athletic Director Ryan O’Malley attributed much of the wrestling program’s success to Holstad.

“I can’t even begin to express the impact he has had on students, staff and community,” O’Malley said. “He just stepped down last year but not out. He still taught, ran tournaments, announced various games and never missed an event at Central.  Van was truly the man.”

The man Holstad grew into over his career at Central left just as lasting an impression upon those off the mat and outside the classroom.

Ireland Fitzsimmons, who was in his Psychology class before the pandemic hit last year, said she didn’t have the luxury of being in his class for too long. But, without a doubt, his was one of her favorite classes. However, it was Holstad’s help outside the class that helped her most.

“At the time, a couple aspects of my personal life were deteriorating and I felt very, very alone,” Fitzsimmons said. “Despite that, whenever I would come in with a hoodie, putting my head on the table in frustration, without motivation to even move a muscle...he would come over to me and talk to me. He cared immensely about his students, and he really did let me know that he did in fact truly care for my strife. He didn’t see it as teenage angst, nor did he really care. All he seemed to be concerned of is whether or not I’d be alright and that meant the world to me.”

It wasn’t just students Holstad helped though their insecurities. Ed Propst recalled their friendship began in his second year of teaching. Propst was performing with the “Southtown Hounds” which he said were noted for being a “banner holding hippie band” from Corvallis. And who should he see dancing like no one was watching, but none other than the “dang wrestling coach.”

“I talked with him for the first time at set break and we became close friends. It blew my mind that one of our jock leaders at CHS was such a rabid and enthusiastic music fan,” Propst wrote. “And would eventually see each and every band I’ve played in the entire time I’ve lived in Oregon. Y’all that was like 14-18 bands over the last 15 years!”

Propst even recommended, and many agreed, as a proper tribute to rename Panther Stadium to Holstad Stadium.

In remembrance of Holstad, “Central High School – In the Know” Facebook group is putting together a memorial collage that includes artwork, memories and positive thoughts from students and staff. To contribute, drop a paper copy off at the main CHS office Monday through Friday between 7:45 a.m. - 3:45 p.m., leave it in the drop box at the front of the school or the drop box by the student parking lot. Or, email an electronic copy to rlarson@central.k12.or.us to print and add to the collage.

“We are working on a plan for our community to gather in some way to show our love and support for Mr. Holstad and his family,” they wrote. “We are working through a plan for us to be able to come together safely.”

Holstad leaves behind wife Jeannine and children Grace and Jackson.

Victor Blackwell looks back on his 'New Day Weekend' career